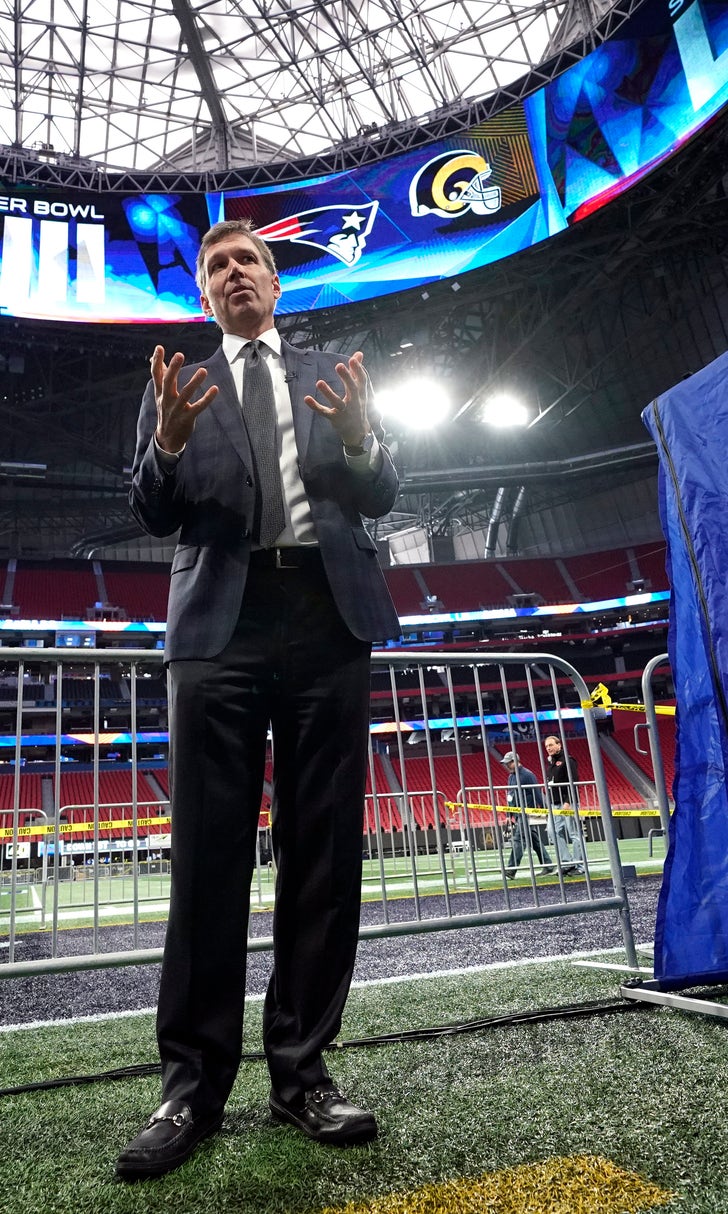 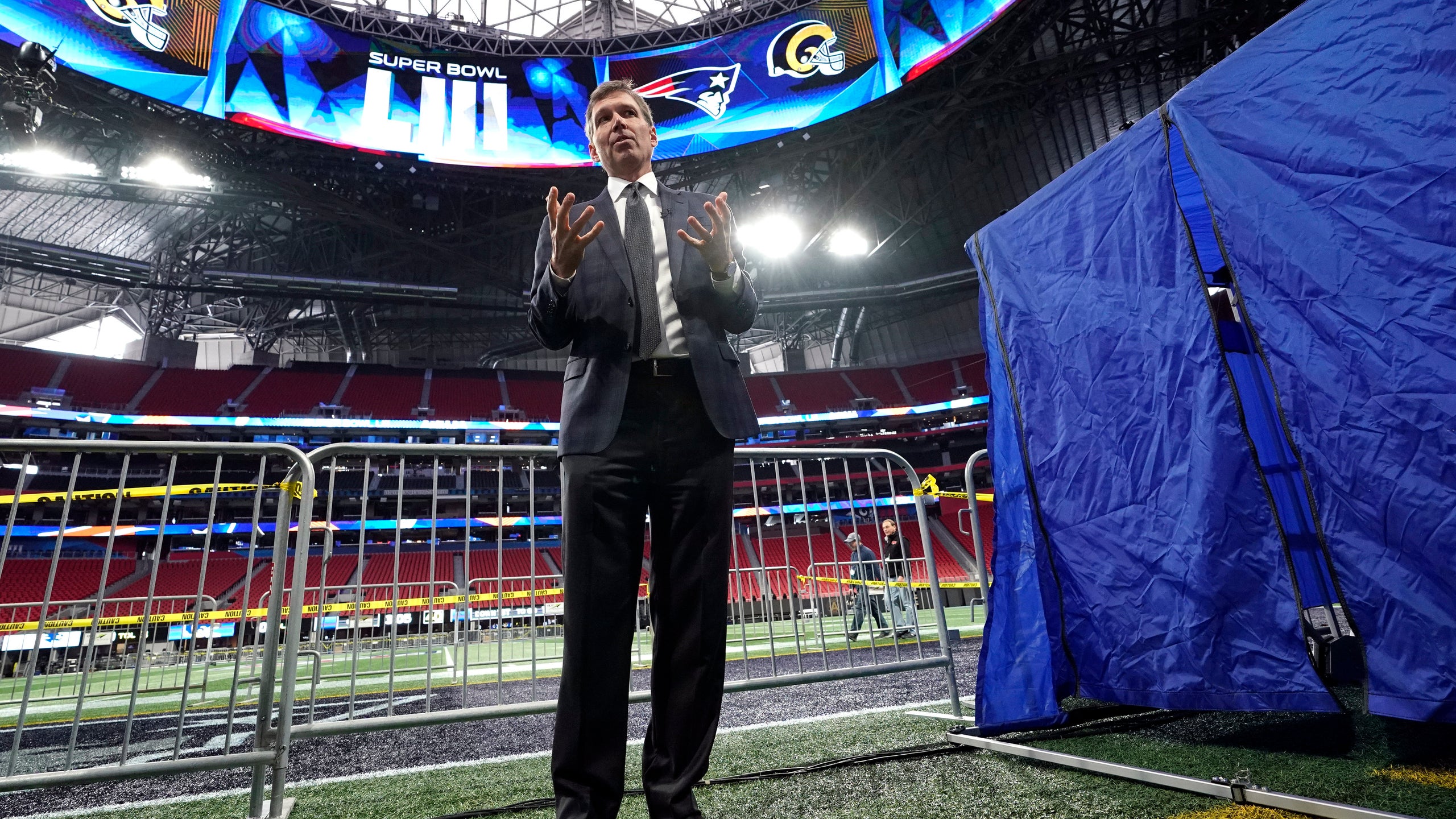 MIAMI GARDENS, Fla. (AP) — The blue medical tent on each NFL sideline is a place no player ever wants to go, and everyone else would love to sneak inside for a peek.

Yes, it's a basic pop-up tent anchored by a metal rectangle frame on the ground around an exam table. When a player is suspected of having a concussion or an injury where a little privacy is helpful, someone pulls the tent into place and people disappear inside, away from prying eyes.

“Probably one of the first things you notice is it's actually a lot more roomy in here than you might think," Dr. Allen Sills, the NFL's chief medical officer, said Tuesday.

Sills and Jeff Miller, the NFL's executive vice president of health and safety innovation, gave reporters a look at how the league handles concussions and other injuries during each game — whether preseason, regular season or postseason — before Sunday's Super Bowl.

They also showed off the video booth where athletic trainers, video technicians and a specialist watch for injuries with the ability to rewind and freeze video to spot a player whose injury might have been missed by medical personnel on the field.

But that medical tent where players are diagnosed with a concussion or other injuries, before being sent to the locker room, remains a place filled with a bit of mystery that Sills tried to dispel with facts:

— The NFL introduced the tent on each sideline three years ago for concussions.

— Once the tent goes up, the player is surrounded by the team physician, a neuro-trauma consultant not affiliated with the team if it's a concussion evaluation, and the team trainer.

“There's plenty of room for four people to be inside here,” Sills said.

The tent provides a bit of privacy in the midst of thousands of fans and the bedlam of a game. Not for competitive reasons, but to create a miniature version of a doctor's exam room for privacy even if the walls are made of polyester. Sills said that allows everyone inside the tent to focus on the task at hand.

“In an exam, I need visual contact and visual concentration of the player,” Sills said. "The stadium is a very visually distracting environment, right? You've got video boards and exploding fireworks and lots of movement, so inside here you can actually focus and get a little more visual concentration. So this allows us to get a better exam than we could do outside.”

The NFL also has video monitors on each sideline complete with an Xbox controller to manage replays or freeze plays. Only medical personnel are allowed to use the monitors to check for concussions and injuries.

The tent also can be used for other injuries, but that isn't required.

“You will see them sometimes come in to maybe examine a sensitive body part,” Sills said. “If they need to re-tape a groin or do something like that or if a player's emotionally upset and they want to examine him in private. It’s optional for other injuries, it’s mandatory for all concussion evaluations."

Kansas City cornerback Kendall Fuller is happy that he's never gone inside the tent himself and worried for a moment that a question about the tent was a potential jinx. Players don't really like to think about injuries.

“You never know what injury somebody has going on,” Fuller said. “It's definitely good they can have privacy in there.”

Jimmy Gets His F-150
Terry Bradshaw gave away his second Ford F-150 in the free-to-play Super 6 contest. Be sure to enter to win other big prizes!
2 hours ago

What To Do When Football Season Ends?
This NFL season has served as a genuine relief for so many fans. So what's on the agenda next? Martin Rogers has the answer.
3 hours ago