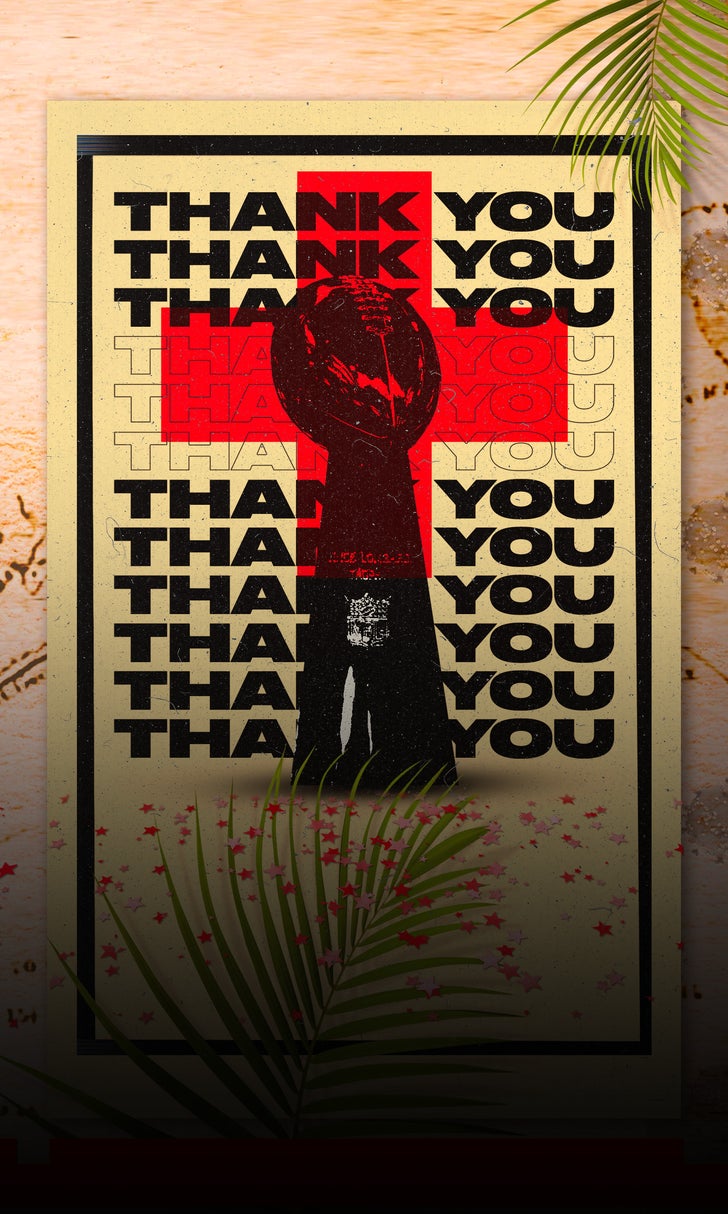 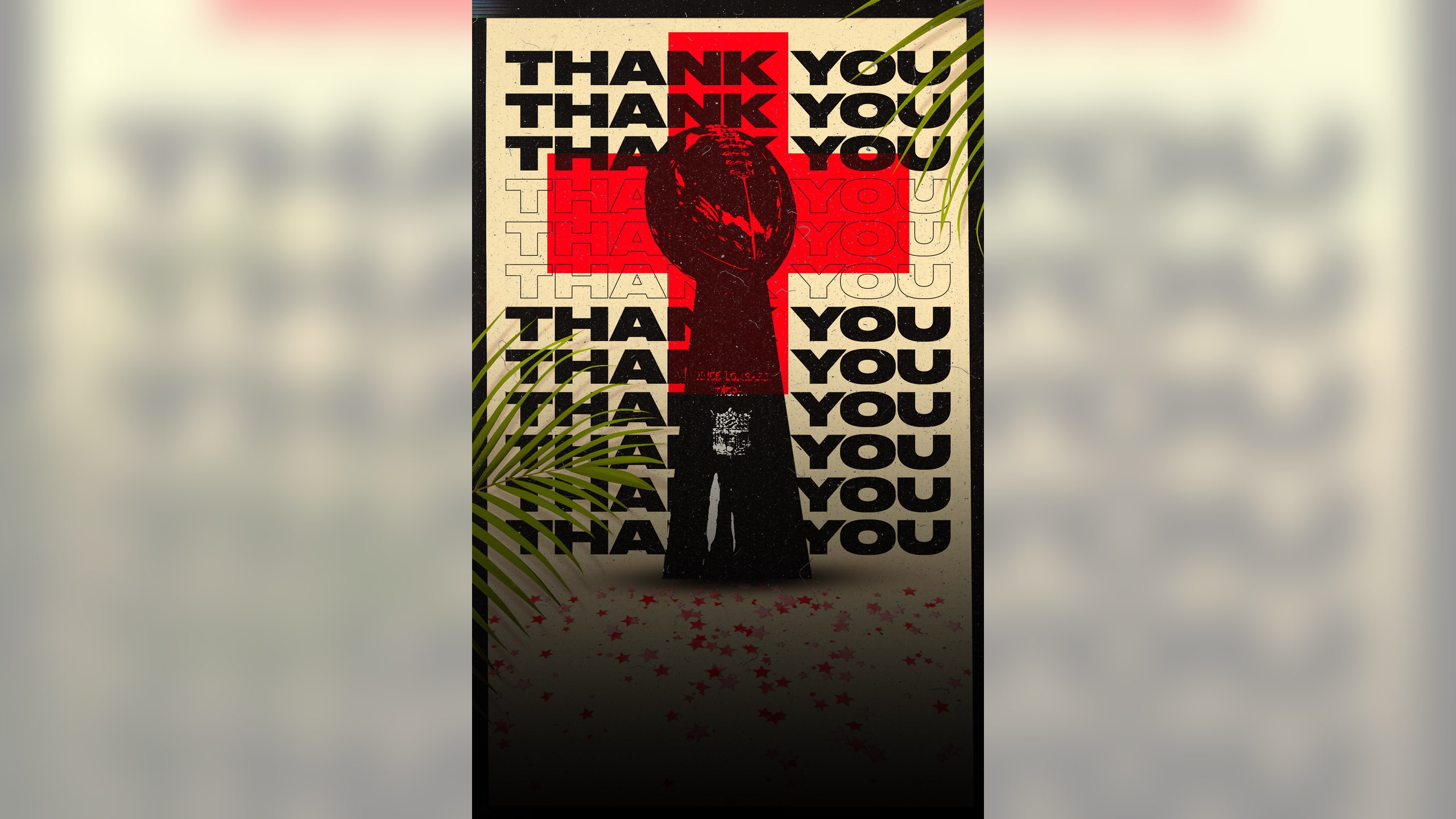 Tampa ICU nurse who received a free Super Bowl ticket: 'We needed this'

TAMPA, Fla. — Sam Cress helps save lives by staying prepared for anything.

But she was not quite ready for this.

"I was working that day," she says. "I checked my email. At first, I didn’t think it was real. It said, ‘Congratulations, you’re a winner!' I thought, ‘Is this real? I can’t believe this is real.'"

It was real: Cress, an intensive care nurse at Tampa General Hospital, was selected by the NFL to go to Super Bowl LV — for free. She is one of 7,500 COVID-19 frontline healthcare workers who will be celebrated for their tireless work throughout the pandemic. 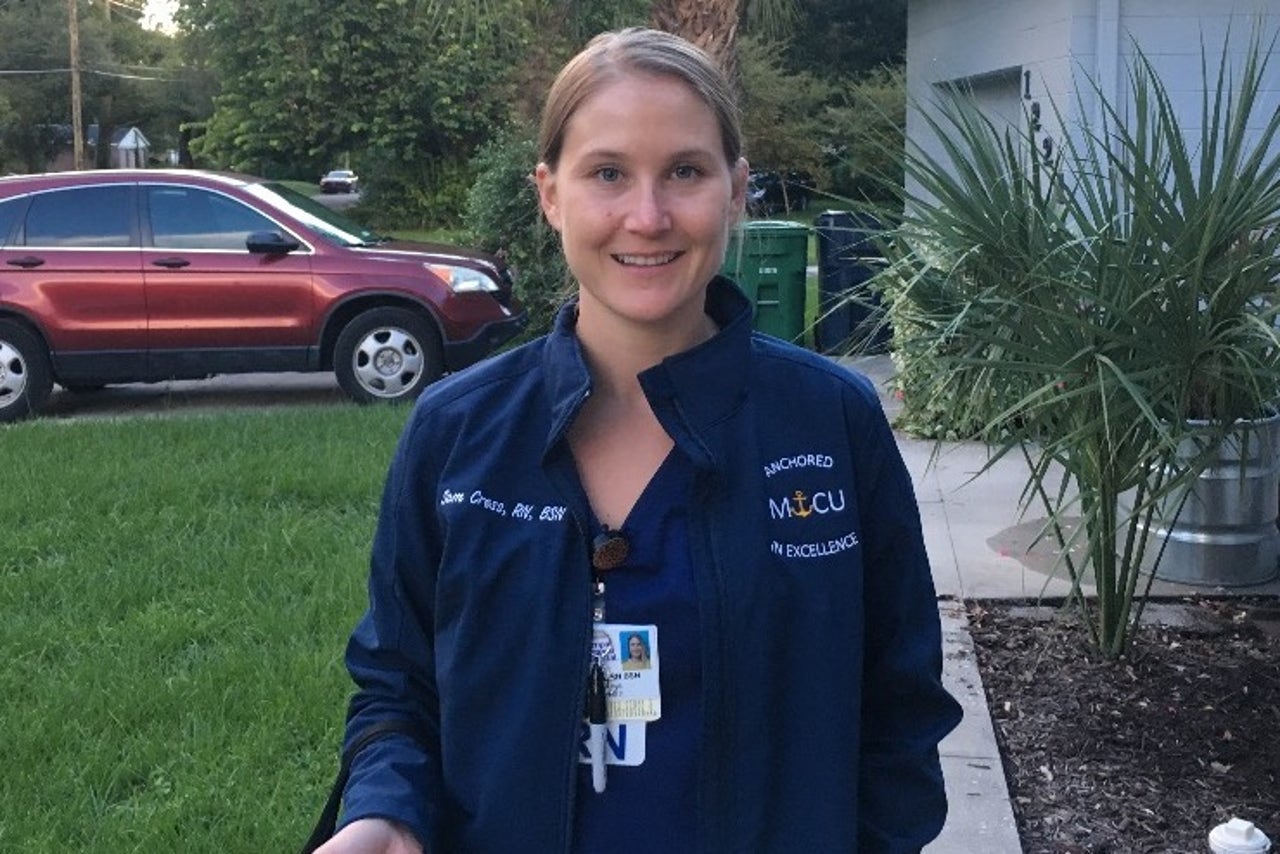 Sam Cress, an intensive-care nurse at Tampa General Hospital, was one of 7,500 frontline workers to be given tickets to Super Bowl LV by the NFL.

The league provided Cress with one ticket to Sunday’s game, one parking pass and one facial covering. Cress, who received her second dose of the COVID-19 vaccine just over a month ago, knows co-workers who'll also attend Super Bowl LV, but inside Raymond James Stadium, she'll be sitting on her own, spaced 6 feet from anyone else.

"I feel confident in the safety protocol," she says. "The NFL is providing us with N95 [masks], so I feel super safe."

With that taken care of, Cress will watch the hometown Bucs and the Kansas City Chiefs compete for a championship only a mile or so from where she lives.

Cress, 33, has been to only three NFL games in her life — all Eagles games. She is a Philly fan — Fletcher Cox is her favorite player — but she’s being low-key about it this week. She’ll cheer for the Bucs and cheer for the quarterback she delighted in seeing lose to Nick Foles three years ago.

"I have nothing against Tom Brady," she says. "He’s done so much for the Bucs. I’m excited for the city and the team and for him."

And everyone is excited for Cress, who worked 12-hour shifts in Tampa General’s COVID unit during one of the most stressful and harrowing times in our nation’s history. On Thursday, the day she spoke with FOXSports.com, the U.S. recorded more than 5,000 deaths for the first time since the pandemic began. While millions watched football this season, Cress and so many others have been caring for people who were fighting to stay alive. 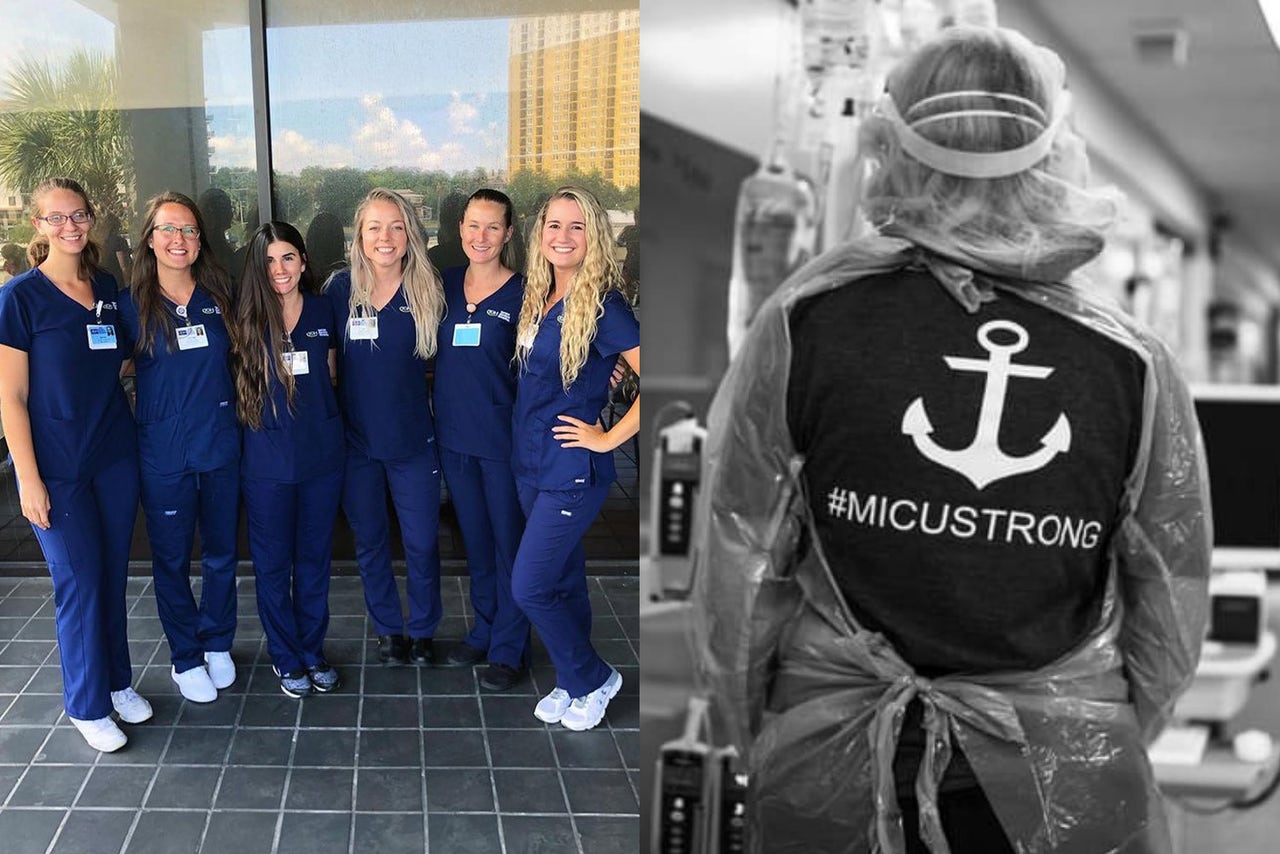 Cress, second from right, and the other members of the team in Tampa General's COVID unit have worked 12-hour shifts to fight the virus during the pandemic.

She rose to challenges no one could truly prepare for, and she did it only a year after receiving her nursing degree from the University of South Florida. She completed her preceptorship in the Tampa General ICU, and from there she was hired straightaway. Then, almost overnight, she was thrust onto the front lines of a raging public health crisis, given top-of-the-line personal protective equipment and put to work treating COVID patients in isolation rooms.

"I remember my feelings just kind of being, ‘What is going on? What is this disease?'" Cress says. "I remember being a little bit apprehensive — but ready."

Cress and her ICU co-workers did whatever they could to care for their patients, whether it was as simple as offering a crossword puzzle or as heartrending as holding an iPad for a patient to FaceTime with family. If one of her long shifts ended and a patient needed extra support, Cress would stay another hour, even two. Whatever it took.

"I enjoy working with critically ill patients and their families," she says, "helping them get through the toughest moments in their lives."

It was never easy. Cress says she often came home exhausted from nonstop, 12-hour shifts and nerve-racking stress. How could she not?

But she had her own support group, including her mother-in-law, Ilene, who is also a nurse.

"She is one of the most compassionate, loving people I’ve ever met," Cress says.

Sam’s husband, Corey, has been her rock over the past year. "He helped me through the highs and lows," she says. "It made it clear how much he loves me." 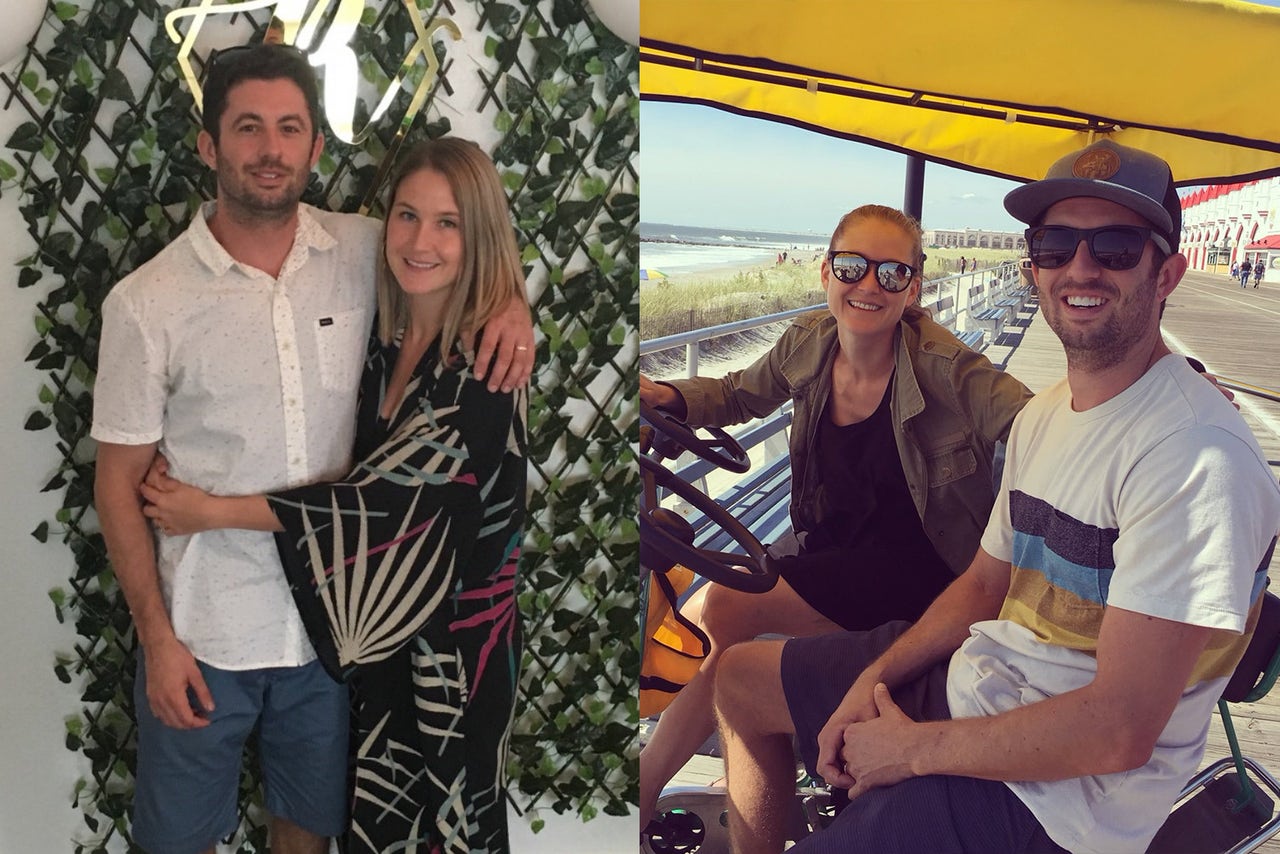 Cress says her husband, Corey, is only slightly envious that she is headed to the Super Bowl on a free ticket.

These days, though, he’s making it clear that he’s ever-so-slightly envious.

"On a scale of zero to 10," Sam asked her husband this week, "how jealous are you right now?"

It’s a rare privilege, going to the Super Bowl for free. Cress hails from Ocean City, New Jersey. Seeing any NFL game was tough to do when she was young.

"Growing up, we couldn’t afford the good tickets," she recalls.

When she was a young Eagles fan from South Jersey, her father, Rob Davies, was a little reluctant to take his daughter to the raucous upper levels of Philly’s Veterans Stadium. (Can you blame him?)

Now, Dad is thrilled and proud. Daughter is excited and grateful.

"We needed this," Cress says. "Having the NFL recognize this — their generosity is inspirational."

It’s Cress who’s inspirational to countless Americans. She says working in the COVID unit has made her even more devoted to helping patients.

So she’ll take a couple days off, walk to the Super Bowl and then return to the front lines, where she’ll be ready for anything — again.

Eric Adelson is a freelance journalist based in Orlando, Florida. He can be reached at ericadelson@gmail.com or on Twitter.

Stuck On You
The Steelers are committed to Ben Roethlisberger. Whether that makes the most sense for the franchise is another matter.
11 hours ago