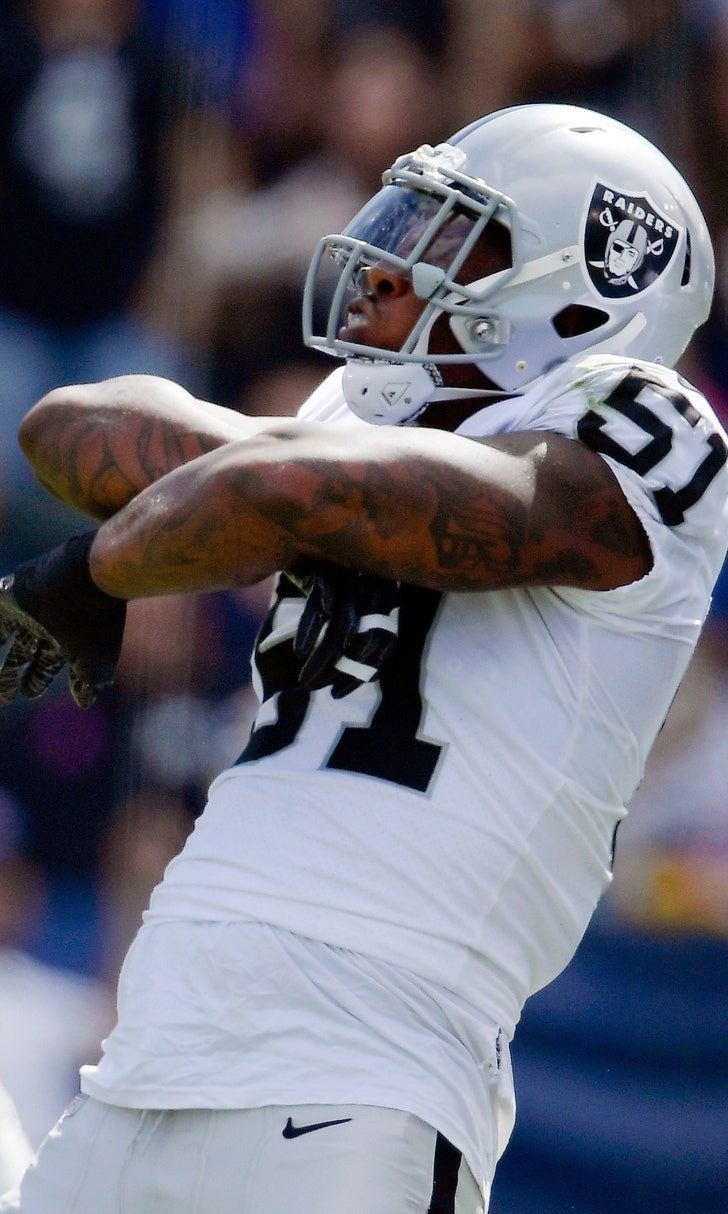 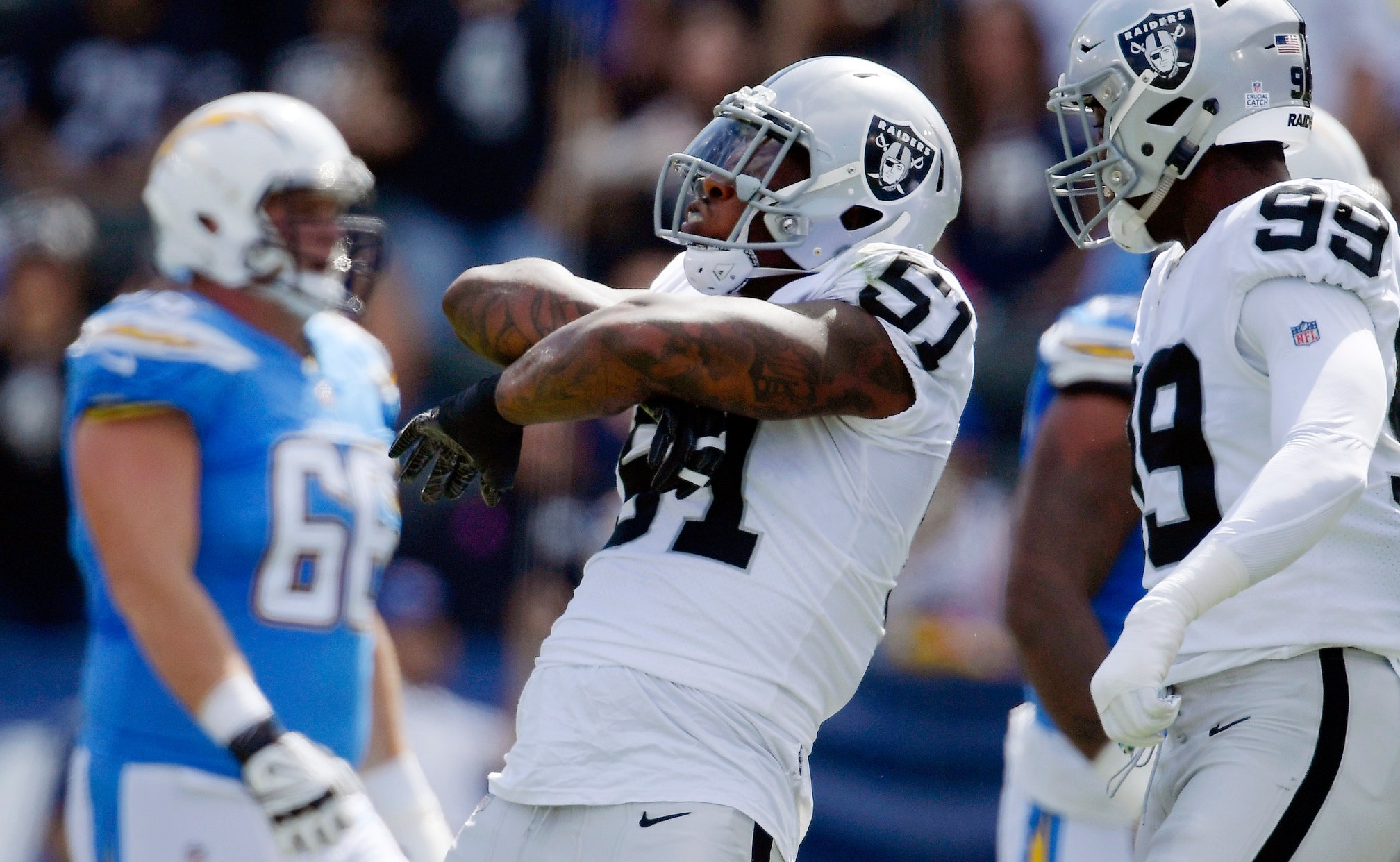 New Falcon Bruce Irvin delighted to be back home in Atlanta

FLOWERY BRANCH, Ga. (AP) — Bruce Irvin has wanted to play for the Atlanta Falcons since he was a kid.

Now that the seventh-year pass rusher is back home and about to make his Falcons debut, Irvin said he won't take this opportunity for granted.

It's a rebirth for a 31-year-old who acknowledges he made bad decisions as an Atlanta teenager and now gets a chance to rewrite his local legacy.

"Yesterday it hit me a little bit," Irvin said Thursday. "I know that I look scared but I really was crying yesterday, this is a childhood dream for me. Growing up, watching Michael Vick, and guys like Terance Mathis ... this was always my dream so for me to be able to come and live it out it was a surreal moment and I'm just very fortunate to be an Atlanta Falcon right now."

Irvin was cut last Saturday by Oakland, part of a housecleaning with the rebuilding Raiders. He cleared waivers and was a free agent with offers from several teams.

He never doubted where he wanted to land.

"My agent said, 'You know everybody thinks you're going to Atlanta,' and I said under my breath, 'Well, they're right,'" Irvin said. "So it was no comparison, man. My family is here. My wife is from here. It was a childhood dream."

Irvin said life passed him by growing up in nearby Stone Mountain. He watched friends from Stephenson High School — Perry Riley, Kelvin Sheppard and Jermaine Cunningham — focus on their football careers while he was getting having run-ins with law enforcement and constantly putting himself in danger.

"I was out in the streets doing stuff, and those guys were getting four-year scholarships to Florida and LSU and it hurt me," Irvin said. "It hurt me seeing those guys go off, and I was just around here doing God knows what. It was a motivating factor. Look at me now. I outlasted Perry and Jermaine (in the NFL). Sheppard just got on so, but it was a motivating factor. I'm glad that I figured it out and got my head on straight."

Irvin returned recently to Stephenson to meet with current students and offer some advice.

"Like I said, I never played at Stephenson," he said. "I didn't play football since the ninth grade and I didn't play for six years. Going back there and letting those young guys know that anything is possible. You can be in the worst situation and if you surround yourself by the right people and not around a bunch of yes-men, you can make it around anything. So that was the biggest thing."

Now Irvin gets to show what he can do on the field. Before his first practice with the Falcons on Thursday, Irvin wanted to show his new teammates he can still be a force in disrupting the quarterback.

Irvin will wear jersey No. 52 when the Falcons (4-4) take a three-game winning streak to (2-6-1). He intends to help Atlanta improve a pass rush that ranks 27th in sacks.

"I think I bring a lot of swagger, a lot of attitude," Irvin said. "I speak my mind. I talk a lot of mess. Just running around having fun, man. That's the biggest thing in this league. If you're not having fun, it doesn't take you a long way. Me just bringing energy and knowledge to these guys. Just being the best Bruce Irvin I can be every day."

The 6-foot-3, 250-pound Irvin was a first-round draft pick for Seattle out of West Virginia in 2012. He played four seasons with the Seahawks and two-plus with the Raiders, and had 40 sacks. His 15 forced fumbles over that span lead the NFL.

"Me and DQ can't dwell on what we did in Seattle, going to the Super Bowl and things like that," Irvin said. "It's more about right now and I feel like they needed me. I wanted to be here. I did what I had to do. We made it happen."