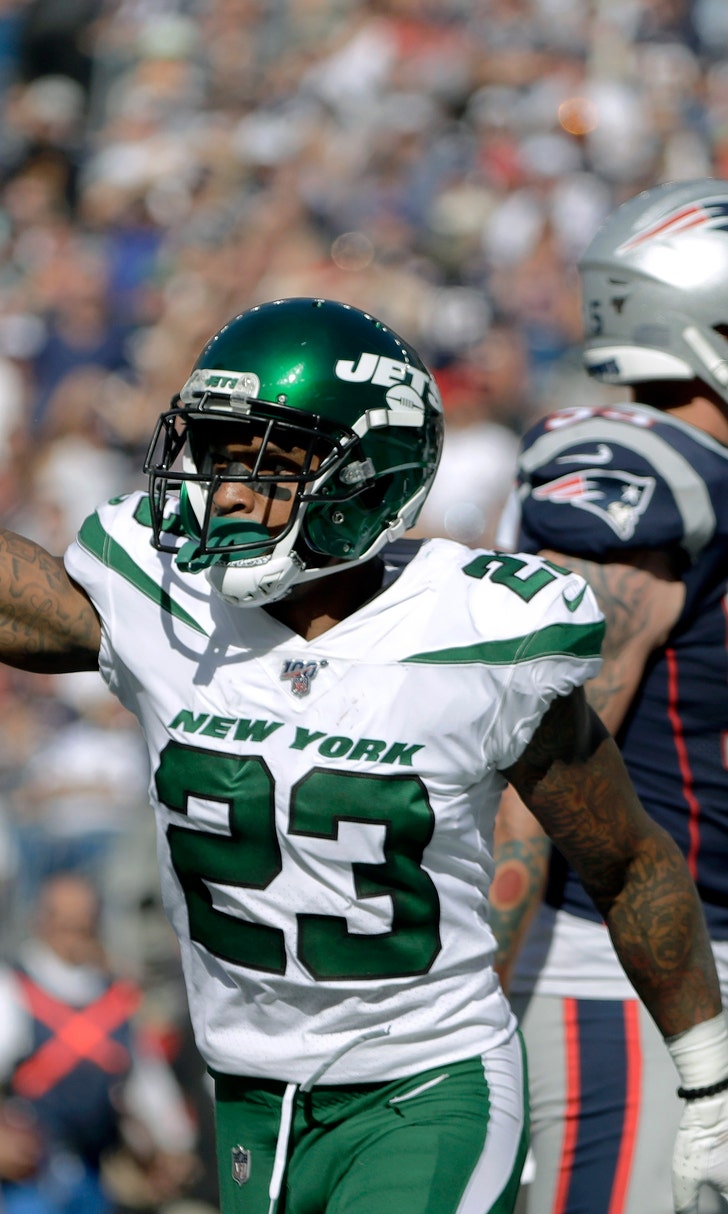 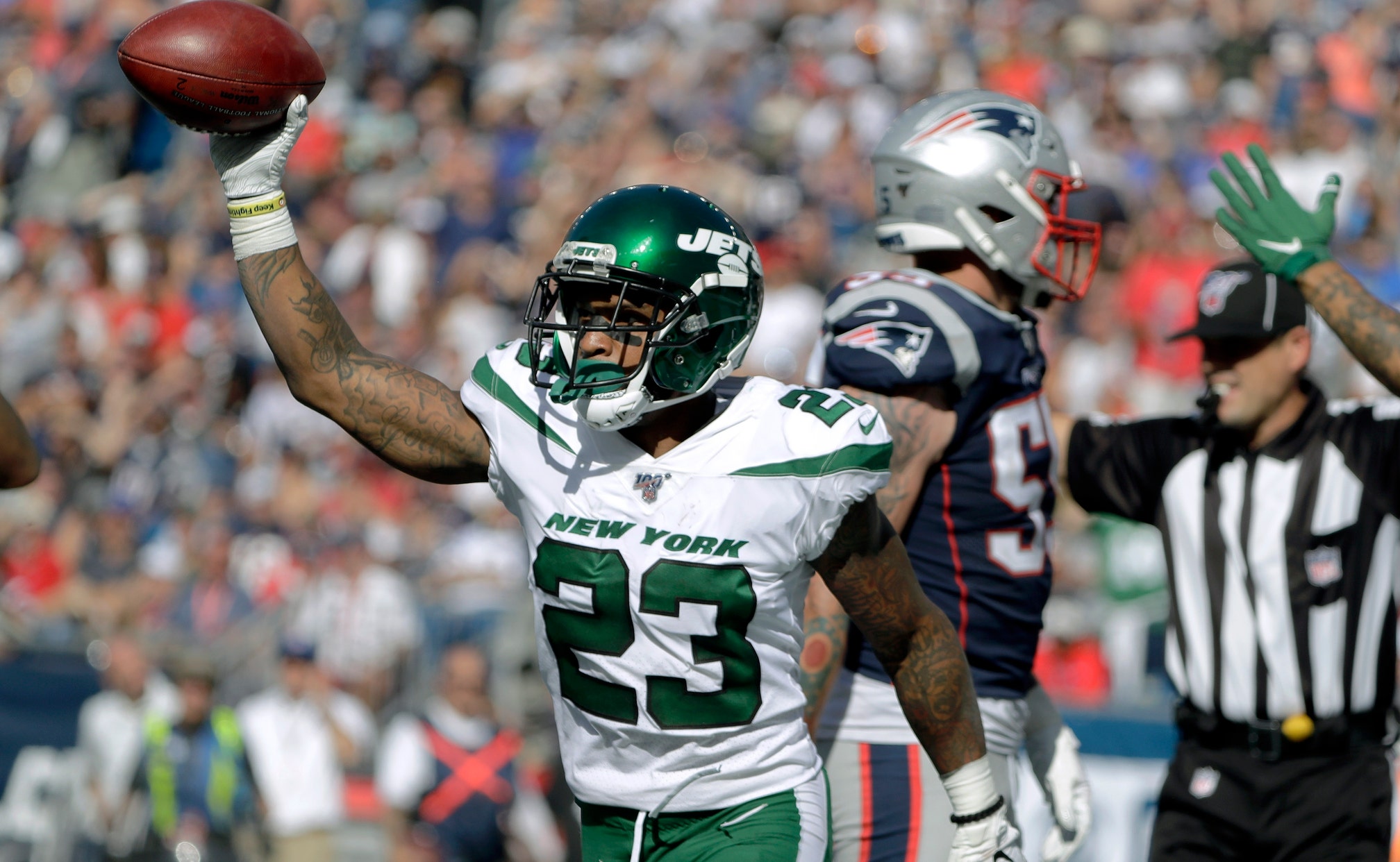 Not during those rough childhood years growing up in New Orleans’ Ninth Ward. Not when he and his family were forced from their home by Hurricane Katrina when he was 12.

And especially not when he stepped on a field to play organized football for the first time as a high school junior.

So to be a starting cornerback for the New York Jets? Maulet knows exactly what that younger version of himself would think of all this.

That’s because his journey has been filled with enough twists, turns, hardships, obstacles — and, ultimately, triumphs — to fill a lifetime.

“When I was small, I didn’t have these types of aspirations for myself, I’m going to be honest with you,” Maulet said. “But the people along the way that brought me up and supported me and helped me along the way, it got me to where I am today.”

Maulet has started the last three games for the Jets, helping stabilize a cornerback position that was shaky for much of the season as injuries and inconsistency had defensive coordinator Gregg Williams plugging in anyone he could.

Given a chance, Maulet has succeeded.

Just as he has done so many times in his life.

“He’s played well,” Williams said. “He’s extremely tough and he’s the first guy in here in the morning, last guy to leave at night. He wants to be coached very hard. He wants to get the opportunity to do whatever he can.”

It has been that way for Maulet ever since he was a youngster in Louisiana, where his family simply tried to make ends meet from one day to the next.

The living space was cramped. Money was tight. And the streets, well, they were often harsh.

“There’s things I don’t really want to talk about, to be honest,” Maulet said. “It was tough. That’s all I can say. I don’t like living in the past. I like living for the future, so I’m just looking forward to all the blessings that I’m going to have.”

For so long, all Maulet had was hope.

When Katrina hit the Gulf Coast in August 2005, Maulet and his family had to pick up and flee. Their neighborhood was washed away, along with so many dreams.

They ended up in Ann Arbor, Michigan, for a year and a half before returning to New Orleans to rebuild their lives.

“It was rough, but at the end of the day, it could be worse,” Maulet said. “That’s my motto. It’s cliche, but anything can be worse. If there’s a little bit of hope out there, you’ve got to take that and then walk with it and grind with it and see what you can do with it.”

Maulet found sanctuary in basketball and soccer. Football wasn’t even a thought until a buddy suggested they give it a shot.

“I was like, ‘Let’s do it! I ain’t trippin’ — I’m an athlete. Anything with a ball, I’m good at it,” Maulet said. “So I found my niche. I was always good at defense in basketball and I was good with footwork in soccer, so it worked hand in hand.”

He made the team at Bonnabel High School and was a standout as a junior. Because he was 19 as a senior, though, he was ineligible to play his final year.

During that time, Maulet met Donald Cox, an assistant coach who helped train him while he couldn’t play. The two formed a bond so strong that Cox and his wife briefly took Maulet into their home as a member of their family.

Today, Maulet says he has two families: the Coxes and his blood relatives.

“I promised both of my families that I would bring them up here to see me play in this New York Jets jersey, and that’s what I’m going to do, man,” Maulet said. “That motivates me every time I get out on the field.”

Maulet walked on to the football team at Copiah-Lincoln Community College in Wesson, Mississippi, before transferring to the University of Memphis.

He signed with his hometown Saints as an undrafted free agent in 2017 and spent part of last season with Indianapolis before returning for a second stint with New Orleans. Maulet signed with the Jets last January and made the opening day roster. He recovered a muffed punt for a touchdown in Week 3, was waived last month, was re-signed to the practice squad and then was promoted to the active roster two weeks later.

“I know I was getting bumped down, flipped around and all that, but I just stayed the course,” Maulet said. “I’m not in somebody’s building for no reason. I put my helmet on and I get better every day. I’m not going to feel sorry for myself because back in the day, I couldn’t feel sorry for myself.

“I had to get up and dust off my shirt and my pants and get to work.”

Maulet acknowledges he has “that chip on my shoulder” but doesn’t believe in proving doubters wrong.

He prefers to think of it as proving right those who support and love him.

And, as he uses in his name on his Twitter page, he considers himself “Mr. Humble But Greedy.”

“I’m going to be humble,” Maulet explained, “but you’re definitely going to feel me, know what I stand for.”

He shows that every week with his play.

“People since they were 3, 4, 5 years old have played this game and don’t make it to where I am,” Maulet said. “I can just say that God blessed me with talent and how to not give up.”

Maulet knows the younger version of himself is proud. But he won’t allow himself to rest on pride.

He has come too far for that.

“No, I’ve got more to do,” Maulet said. “I’ve got to move my mama, get her a crib, take care of my two brothers and my two sisters. There’s more work to be done.