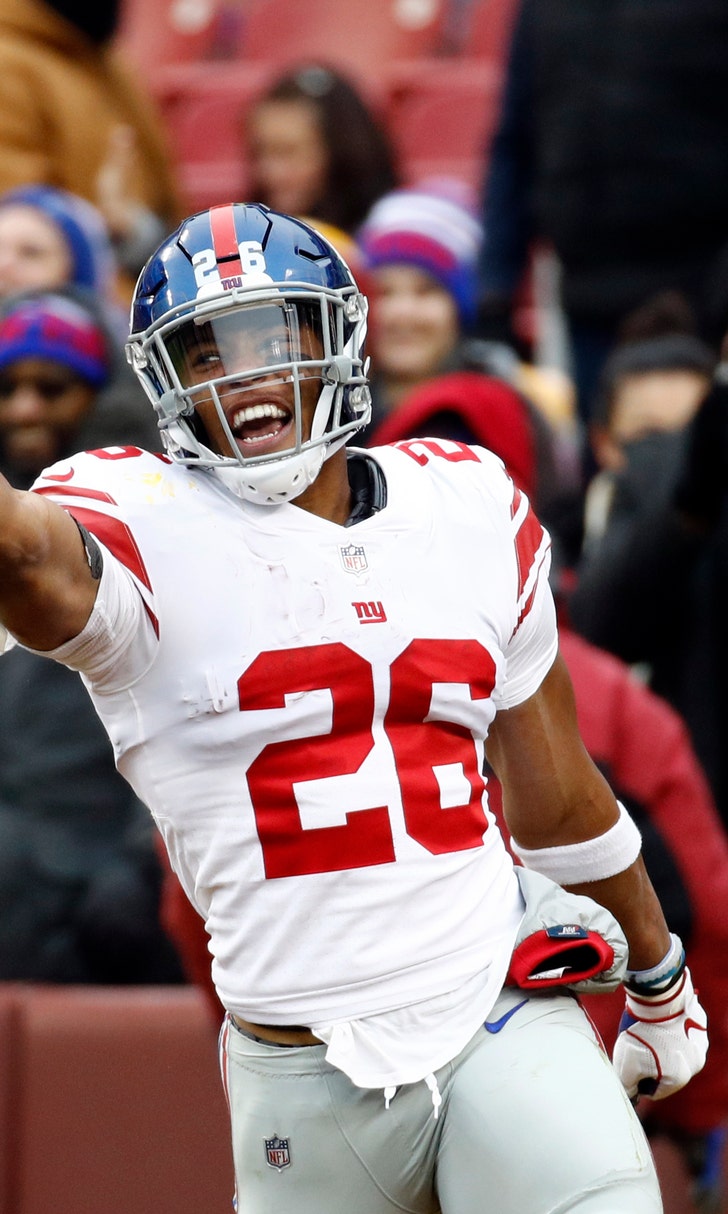 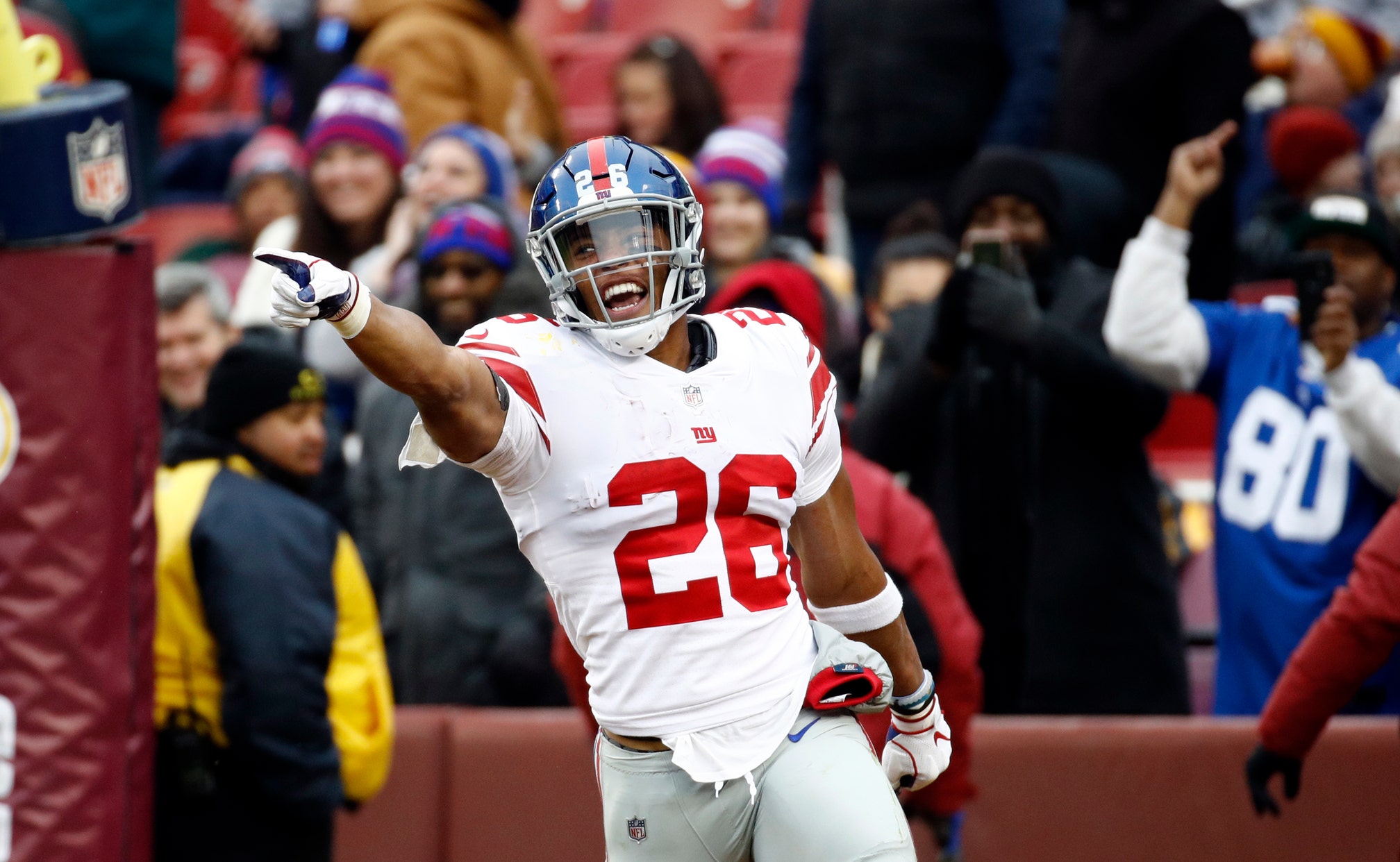 EAST RUTHERFORD, N.J. (AP) — Coming off his best game running the ball, Saquon Barkley unveiled a few goals for the final three weeks of the regular season for the New York Giants.

Of course, winning is No. 1. Leading the NFL in rushing either this year or down the road is high on his wish list, and so is greatness.

The last one might be the most surprising. There is little doubt Barkley is on the verge of greatness after 13 games, but the fact the humble 21-year-old mentioned it might raise some eyebrows.

Barkley rushed for 170 yards on 14 carries on Sunday as the Giants (5-8) posted their most impressive win in years with a 40-16 thrashing of the Washington Redskins. The effort was highlighted by a 78-yard touchdown run and it gave him the second pick overall in the draft 1,124 yards rushing, third in the league behind Ezekiel Elliott of Dallas (1,262) and Todd Gurley (1,203) of the Rams.

"Getting 1,000 yards in the NFL is an amazing accomplishment and being the first rookie ever for the Giants to do that is even a bigger one" Barkley said Monday. "It's big because even though my name might go in the record book, it's not just myself — it's the offensive line play and the guys in the running back room, all those guys have been a tremendous help."

Barkley, who says he learned his current standing in rushing leaders from social media, has moved up the list with four straight games of at least 100 yards on the ground.

"It's an honor to be up there, but at the end of the day, that doesn't really matter," said Barkley, who has four touchdown runs of 50 yards or more. "It only matters how many wins you get and we've got to figure out how to continue to get those wins."

After going 1-7, the Giants have won four of five since their bye week. The only game they lost was to the Eagles after blowing a 16-point first-half lead. New York has an outside chance to make the playoffs as a wild card.

Barkley, who also leads the Giants with 78 catches, will chase that and his other goals.

"I want to be great. I want to go down as one of the best, and that's not just going to happen in one day," Barkley said. "You have to work for it, obviously with the help of your teammates, but if I don't get it this year, I'm going to get it at some point. I promise you."

Giants rookie cornerback Grant Haley smiled when asked if he was surprised by what his former Penn State teammate is doing as a pro.

"I think it is kind of funny, everyone's reactions on the sideline when he makes runs," Haley said. "I'm just sitting there, and I mean it's still impressive, but I've seen that before. He just so special."

The Giants, who struggled to score early in the season, have averaged 31.4 points in the past five games.

Receiver Sterling Shepard, who had big blocks on Barkley's two longest runs, said the running game is going to open up the passing game for Eli Manning.

NOTES: Shepard, who had two catches for 17 yards and a touchdown, picked up a game ball for his blocking. ... WR Odell Beckham Jr., who missed Sunday's game with a quadriceps injury, is feeling better, coach Pat Shurmur said. ... TE Rhett Ellison, who sprained an ankle, also is feeling better. S Curtis Riley, who scored on a 9-yard interception return, has a sprained wrist. ... The practice squad contract of P Brock Miller was terminated. ... The game at Indianapolis on Dec. 23 has been moved from Fox to CBS but remains a 1 p.m. EST start. 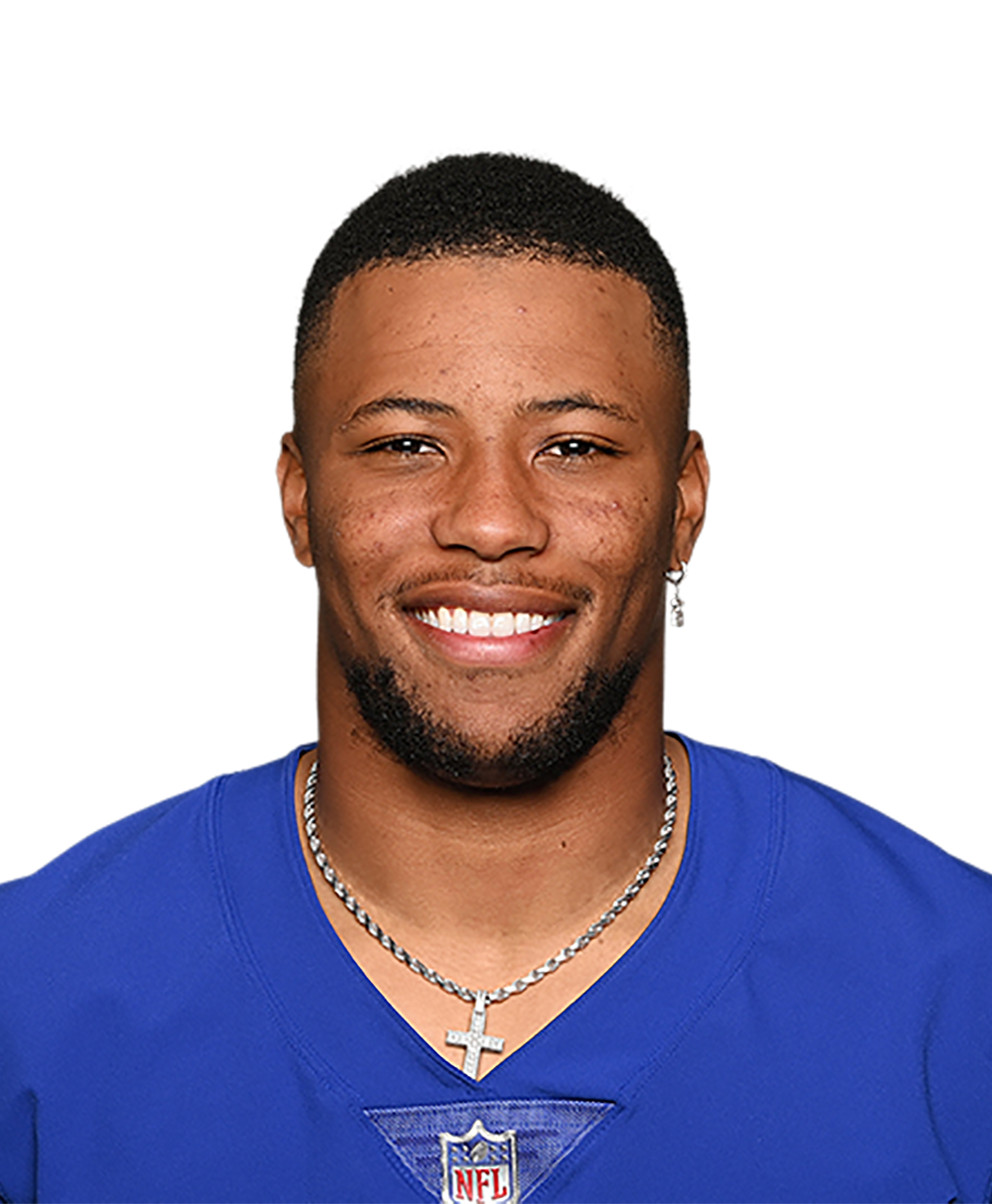 Eagles Rally Late, Beat Giants
Somehow, at 2-4-1, the Philadelphia Eagles are in sole possession of first place in the NFC East after Thursday's win.
18 hours ago

Starring Role
Andy Dalton is the next man up in Dallas. Can he guide the Cowboys to an NFC East crown in his first season?
6 days ago
those were the latest stories
Want to see more?
View All Stories
Fox Sports™ and © 2020 Fox Media LLC and Fox Sports Interactive Media, LLC. All rights reserved. Use of this website (including any and all parts and components) constitutes your acceptance of these Terms of Use and Updated Privacy Policy. Advertising Choices. Do Not Sell my Personal Info