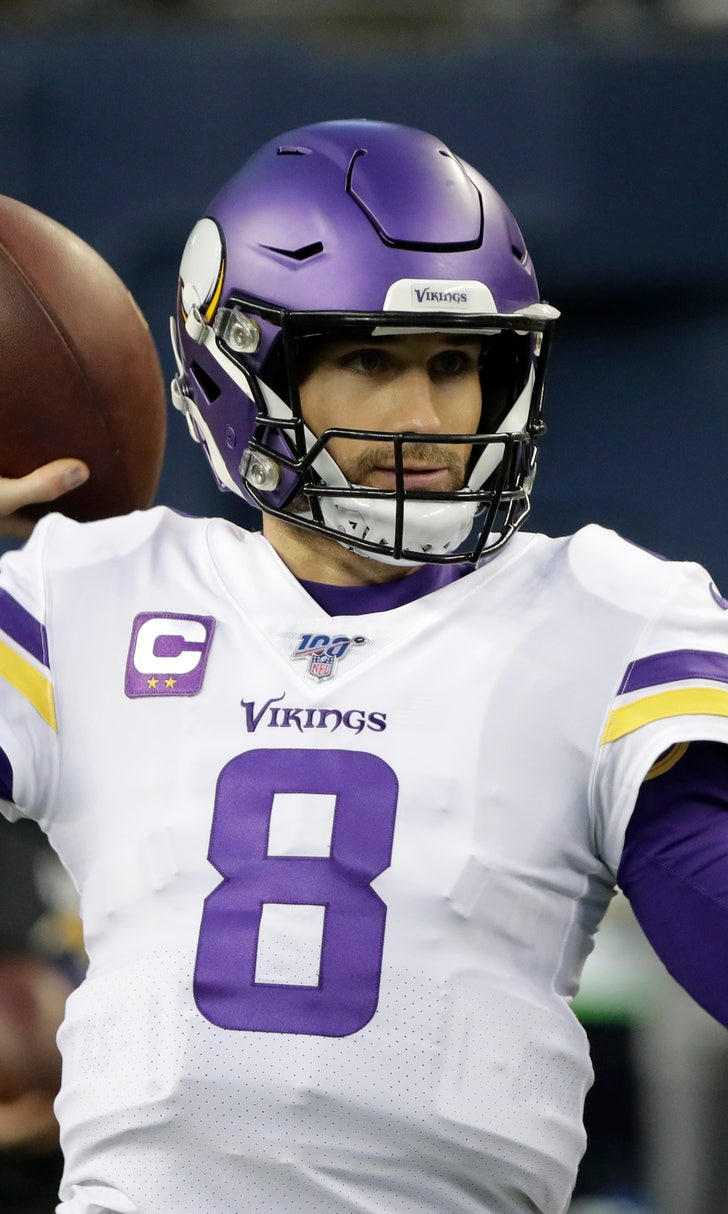 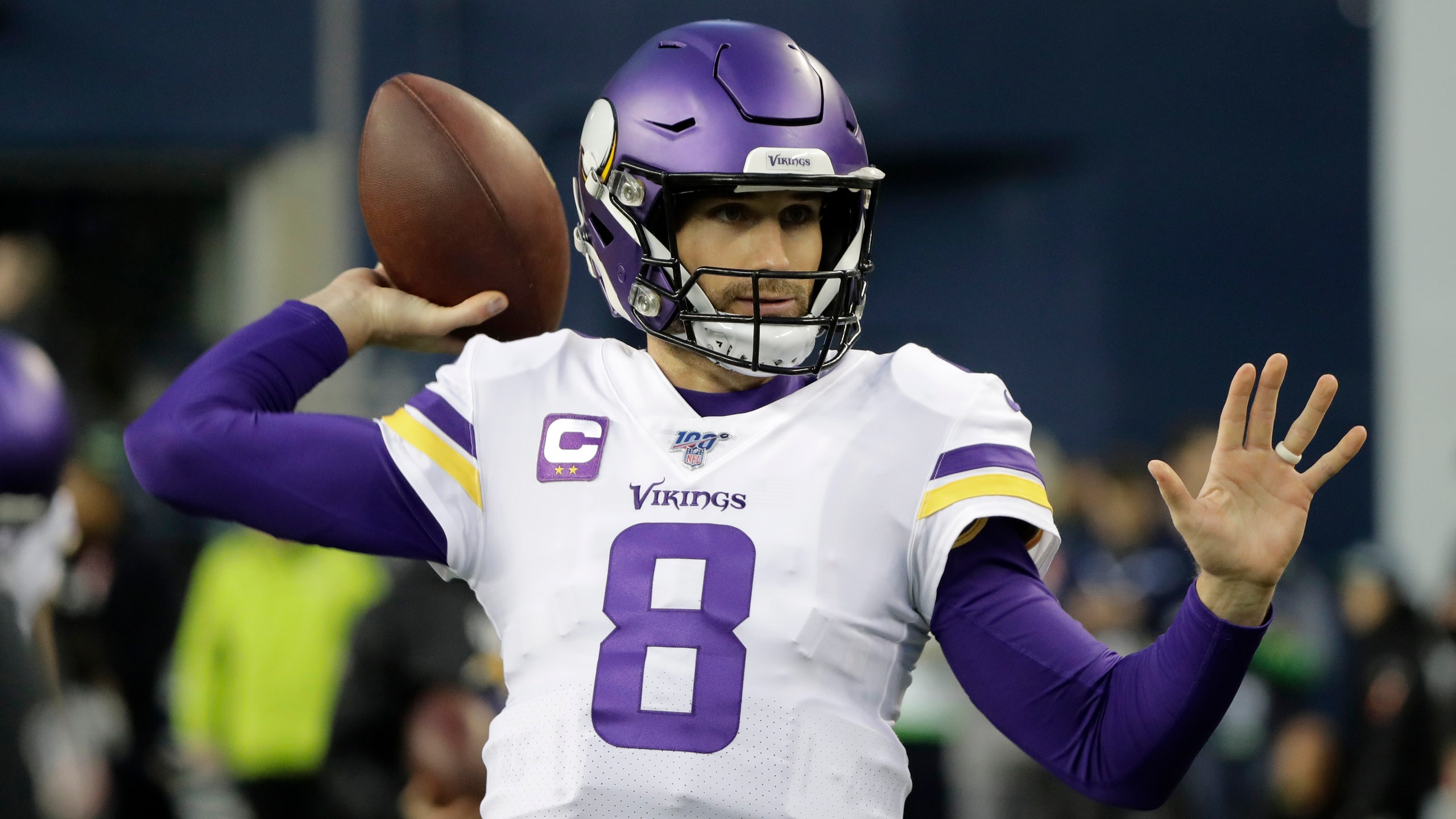 FANTASY PLAYS: Players to start and sit for NFL Week 14

Now the real fun begins. Week 14 means either quarterfinal-round play or the final week of the regular season for most fantasy football leagues. At this point, it’s about fielding a roster of players who can produce points regardless of what they may or may not have done of late. For those who own an elite player facing a tough matchup (see Mahomes, Patrick), the choice of dance with who brought you is tempting, but if there’s a better matchup sitting on the waiver wire...

START: Kirk Cousins, QB, Vikings: Only Mahomes (6.8) has a higher yards after catch per completion than Cousins’ 6.3. Since Week 4, Cousins has thrown 18 touchdown passes and produced at least 276 passing yards in six of his past eight games. He faces a Lions defense that allows the eighth-most fantasy points to opposing quarterbacks while yielding 25 touchdown passes.

SIT: Josh Allen, QB, Bills: Allen has a stellar 11-1 TD:INT margin since Week 7, yet has only two games of better than 250 passing yards. The running threat is a plus, but his fantasy owners should strongly keep in mind the Ravens allow the second-fewest fantasy points to opposing quarterbacks. Only the Patriots and Bills have given up fewer touchdown passes than the 10 conceded by Baltimore.

START: Derrick Henry, RB, Titans: Over the past three games, Henry has averaged 165.3 rushing yards and scored five touchdowns. The Raiders are a respectable 11th overall against the run, but the play of QB Ryan Tannehill could exploit an Oakland defense that has allowed the sixth-most fantasy points to opposing passers. Regardless, Henry is the hottest back in fantasy football right now and shows little signs of slowing down.

SIT: David Montgomery, RB, Bears: Montgomery hasn’t scored a rushing touchdown since Week 9 and has just two games this season of better than 75 yards on the ground. With defenses showing little fear in Chicago’s passing game, Montgomery is line for a frustrating Thursday night against the Cowboys.

START: DeVante Parker, WR, Dolphins: He’s become a very hot hand over the past three weeks, pulling in 20 passes for 385 yards (19.2 yards per catch) and two touchdowns. Miami’s running game has struggled, which means Parker and QB Ryan Fitzpatrick will continue their newfound rapport at the expense of the Jets in what could set up as a possible high-scoring matchup.

SIT: Sammy Watkins, WR, Chiefs: For whatever reason, Watkins has been shut out on just three targets in last week’s win over the Raiders. There’s little reason to think Watkins returns to the good graces of fantasy owners, especially against a Patriots defense that’s allowed the fewest fantasy points to opposing wideouts and the second-fewest overall passing yards in the league.

START: Darren Waller, TE, Raiders: The sure-handed Waller hasn’t visited the end zone since Week 8 but has caught 15 passes for 229 yards in the past three games. He should be good for double-digit targets against a Titans defense that has given up the seventh-most fantasy points to opposing tight ends. Waller is due and could carry fantasy teams into another week if his recent production comes with a touchdown or two.

START: Carson Wentz, QB, Eagles: With their season on the line, the Eagles will probably continue a four-week trend that has seen Wentz average 42.5 attempts per game. That type of volume will pay off on Monday night against a Giants defense that has allowed the fifth-highest yards per completion (12.6) in the league and will have to contend with a healthy WR Alshon Jeffery and the possible return of RB Jordan Howard.

SIT: Will Fuller, WR, Texans: He’s too much of a hit-miss player to gamble with in most lineups. Fuller scored all three of his touchdowns this season in Week 5 and must face a solid Broncos pass defense that ranks fifth in fewest passing yards allowed while giving up just 14 touchdown passes.

START: D.J. Moore, WR, Panthers: Moore is averaging 103.4 yards and nearly 12 targets per game over the past five weeks and is a solid play against the Falcons, who have allowed the eighth-most fantasy points to opposing receivers while also allowing nearly 12 yards per reception.

SIT: Tom Brady, QB, Patriots: Take away his frenetic fourth quarter against the Texans last week and Brady is a passer who is in a protracted slump. He has had six games this season in which he has either thrown one touchdown or less and three games with 216 or fewer yards. Outside of WR Julian Edelman and RB James White, the Pats’ passing game no longer makes for a sure play, even against a suspect Chiefs defense.

START: Leonard Fournette, RB, Jaguars: Although he’s had solid rushing numbers, what makes Fournette a great play in PPR formats is that he’s caught 37 of 43 targets (86 percent) over the past five weeks. The Chargers are 10th-worst in fantasy when it comes to allowing points to opposing backs, and the return of Gardner Minshew under center will also enhance the upside of Fournette and the Jacksonville offense.

SIT: Kyler Murray, QB, Cardinals: Murray has thrown for just 313 yards over the past two games and while his injured hamstring might be a cause behind that, he’s just too risky for a fantasy playoff team to roll with. He’s done a good job avoiding turnovers this season, but he faces a tough challenge in the form of a Steelers D that leads the league with 29 forced turnovers.

This column was provided to The Associated Press by SportsGrid Inc., www.sportsgrid.com