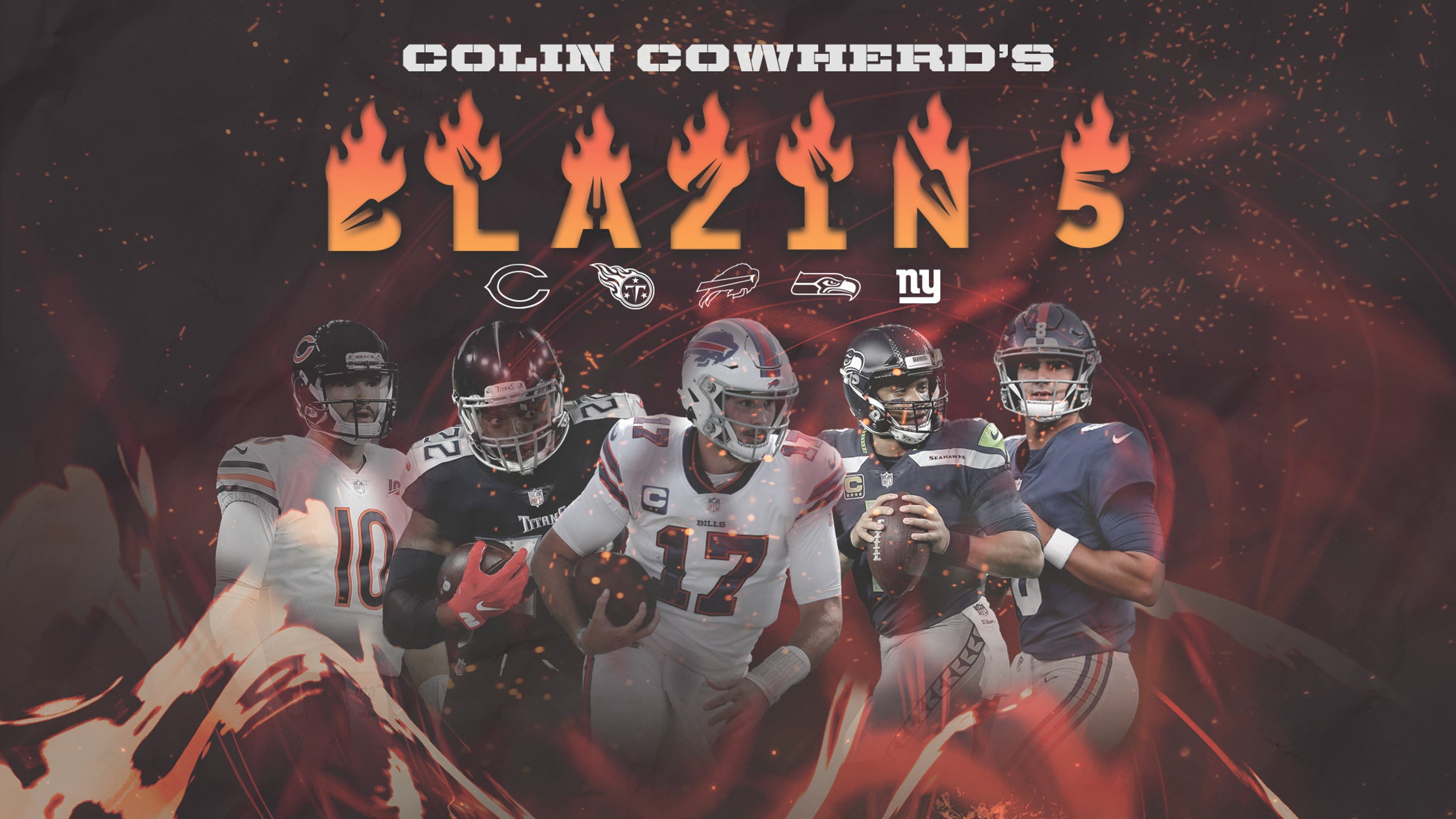 Colin Cowherd's underdog picks in his Blazin' 5 this week might surprise you.

Let's check out his favorite selections against the spread for Week 12 of the NFL season.

Each of the Los Angeles Chargers' seven losses have come by one possession. 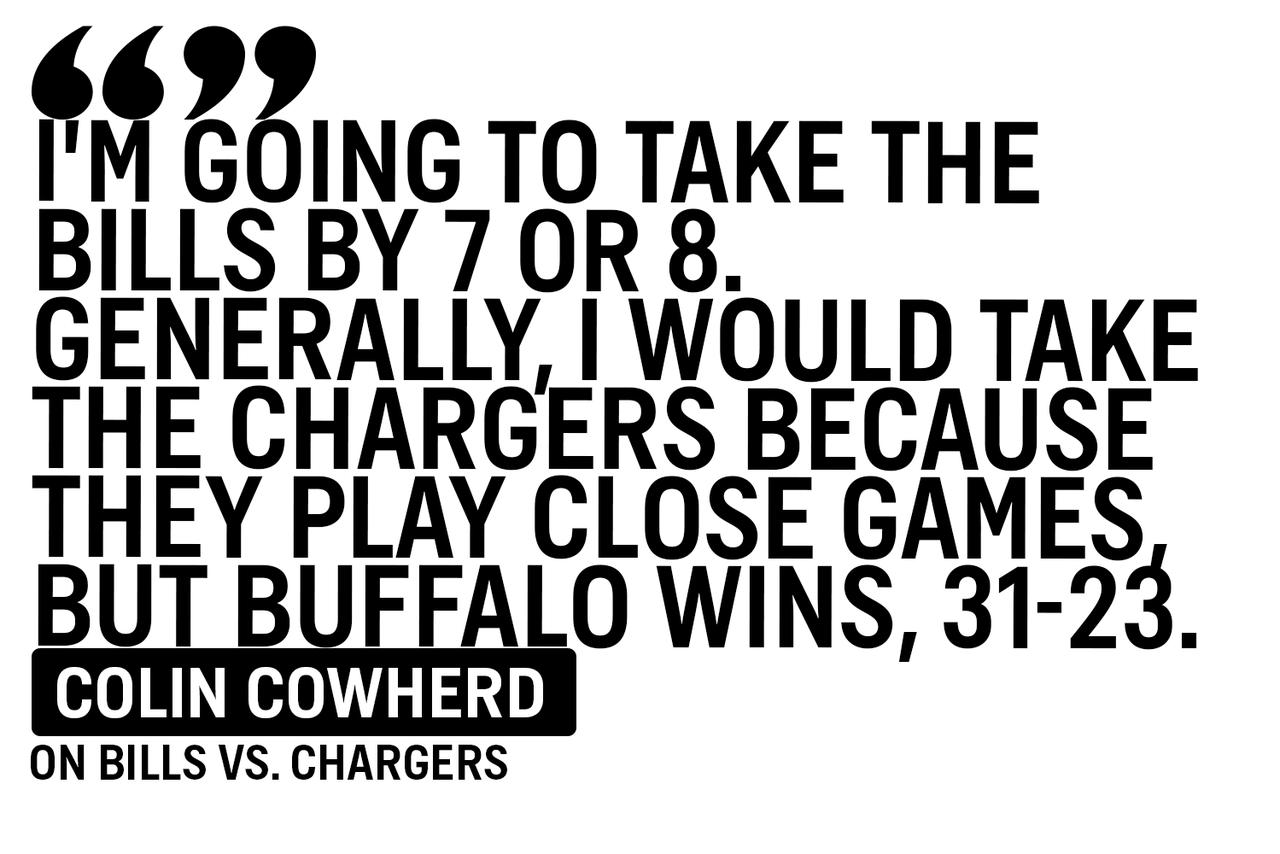 The Bills are coming off of a bye and will look to maintain their spot atop the AFC East.

Buffalo has won five straight games following a bye, tied with Tennessee for the longest active streak in the NFL.

The Giants will have the rest advantage, as they are coming off a bye, and New York has scored at least 20 points in six straight games, while Daniel Jones has registered back-to-back games without a turnover. 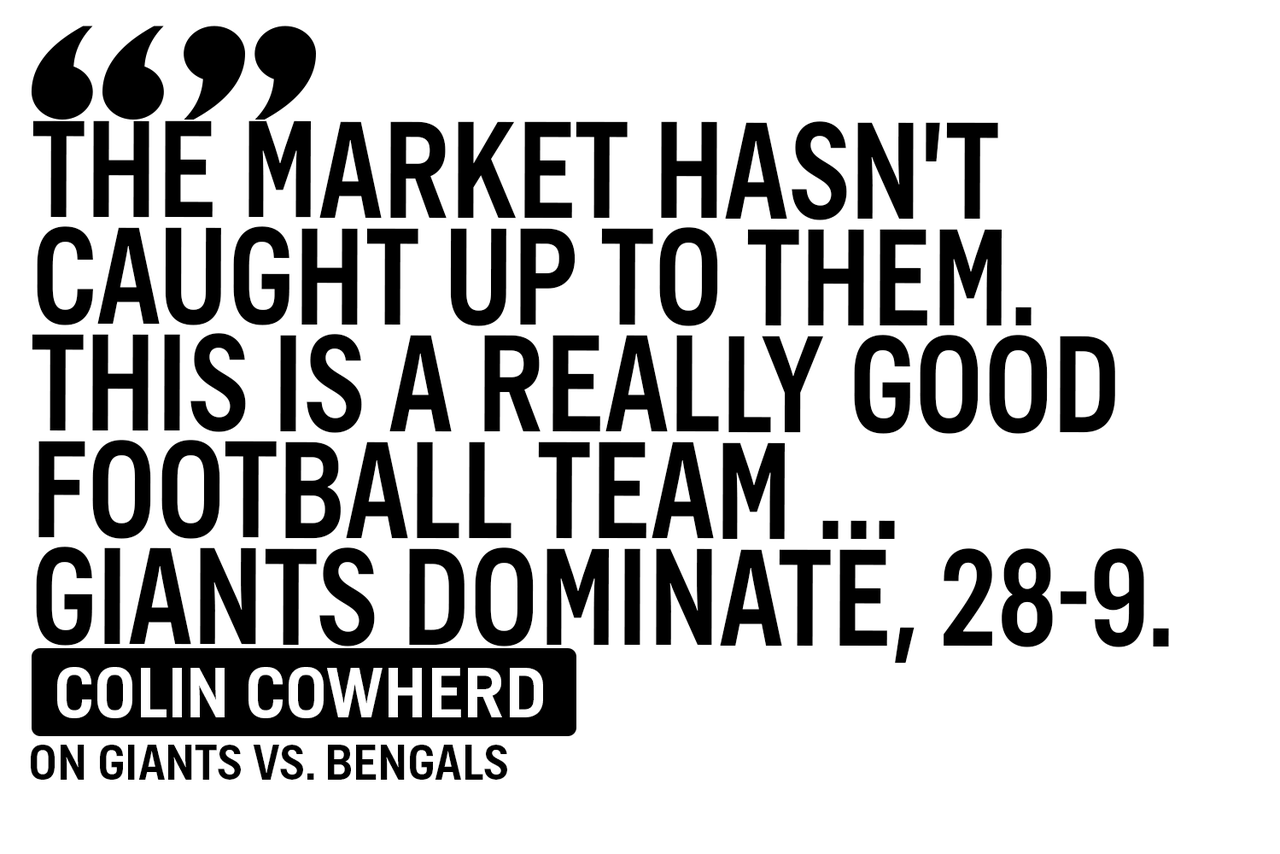 The Tennessee Titans (7-3) and Indianapolis Colts (7-3) will battle for the AFC South lead for the second time in three weeks.

Meanwhile, Titans running back Derrick Henry is averaging the second-most rushing yards per game (107.9) and is tied for the third-most touchdowns on the ground (9). 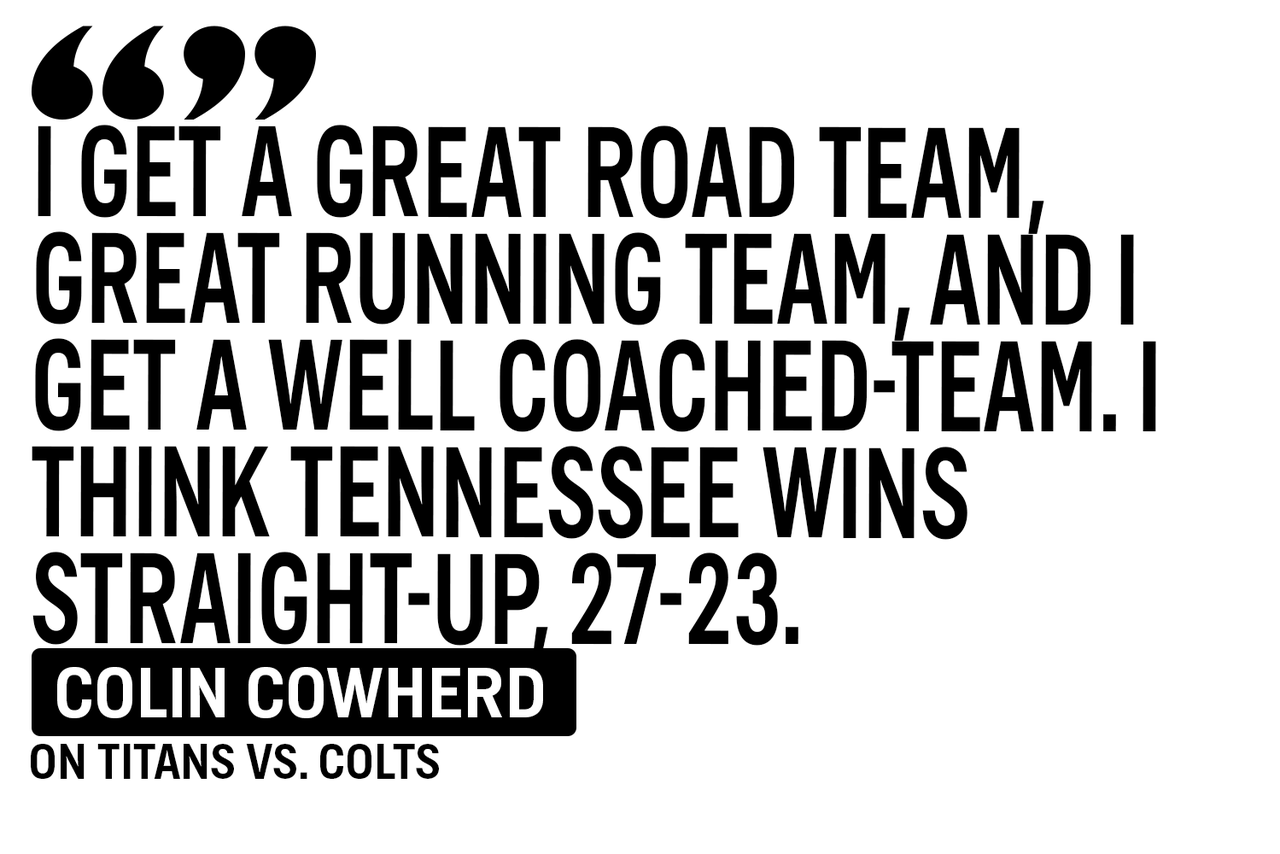 Henry has bragging rights against the Colts' defense, considering he's earned at least 100 yards rushing in each of the past two meetings.

The Windy City hasn't allowed a quarterback to throw for over 300 yards this season.

In addition, Chicago's defense is limiting opponents to an NFL-leading third-down conversion rate of 33.3 percent this season, its lowest mark since 2007 (32.7 percent). 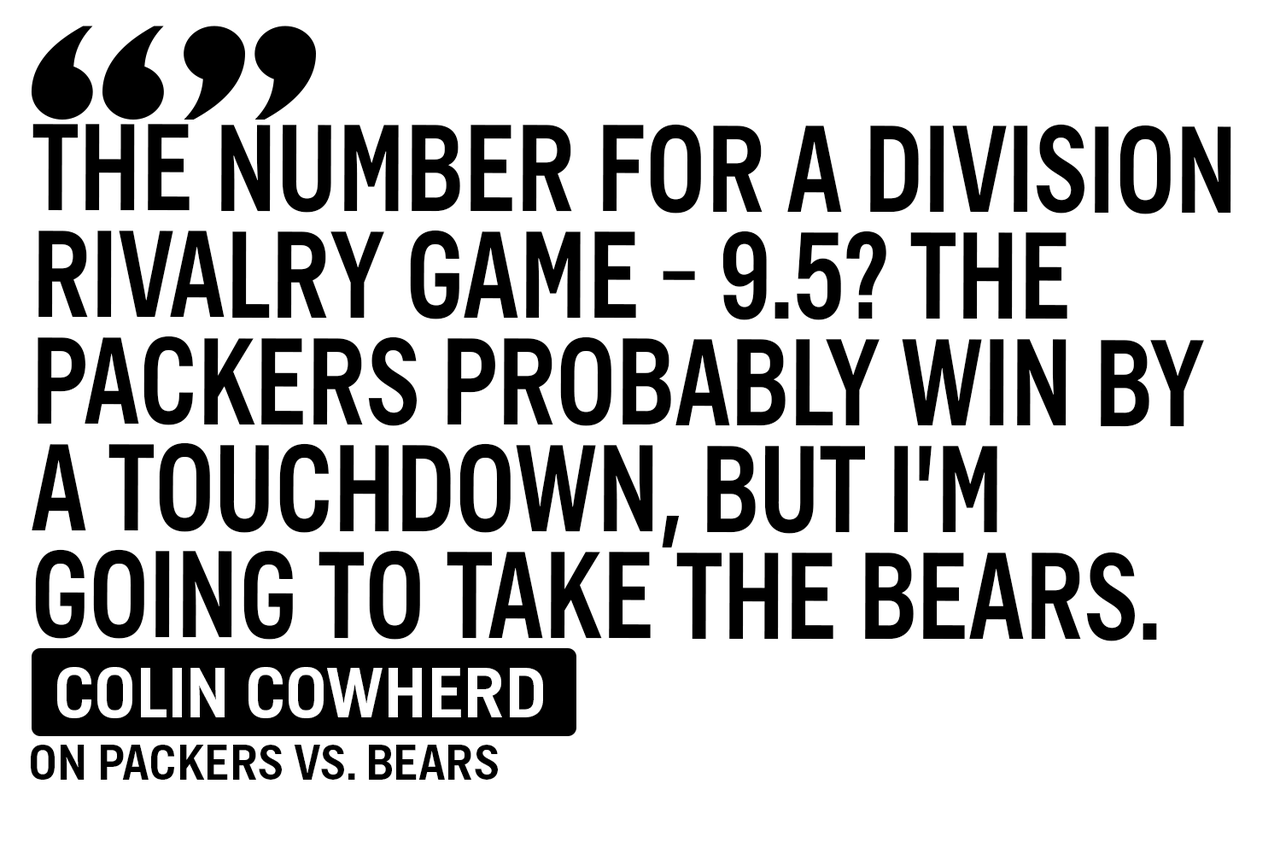 On the other sidelines, Philadelphia quarterback Carson Wentz leads the NFL in both interceptions (14) and fumbles (10).

Not to mention, Wentz is 0-4 against Seattle all-time. 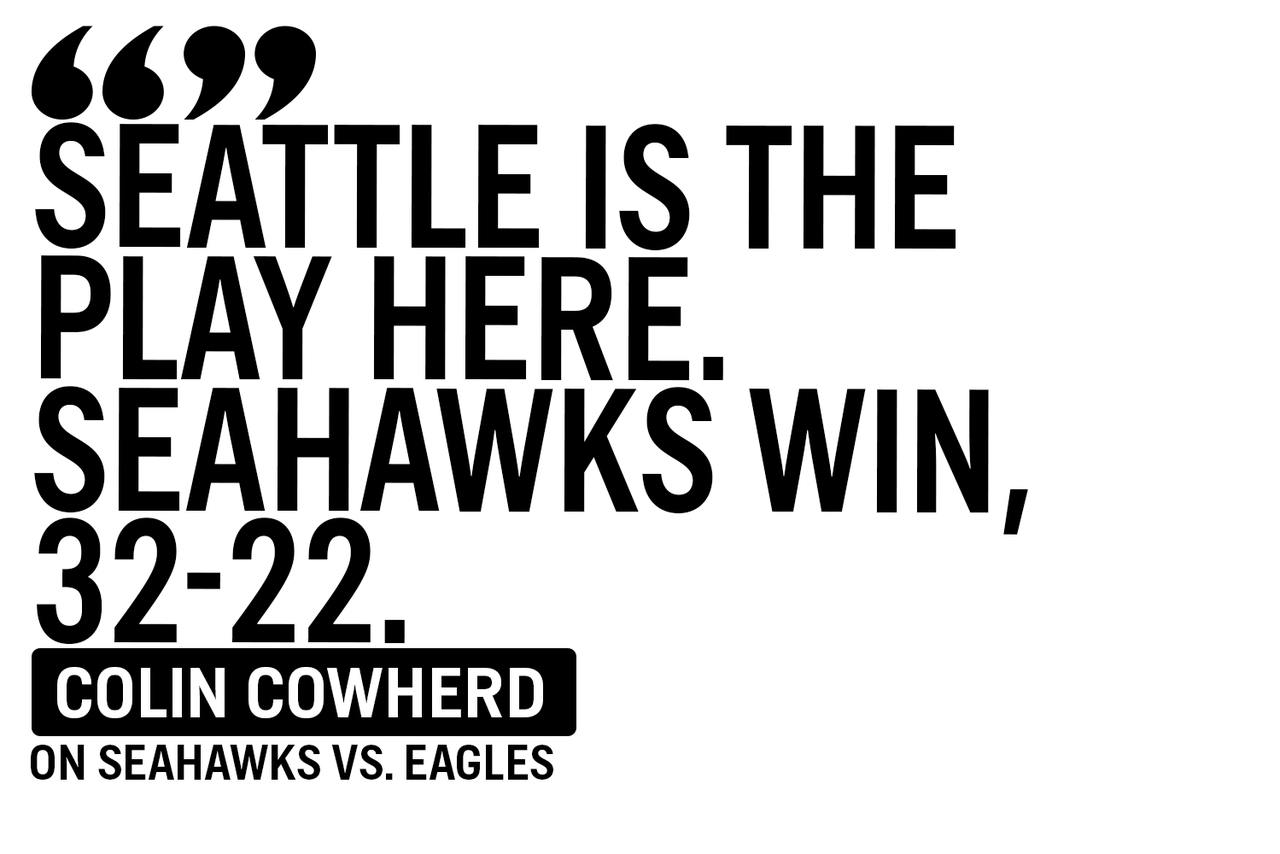 Wentz is 3-7 ATS as a starter this season, which is the worst ATS record among quarterbacks with at least 10 starts.