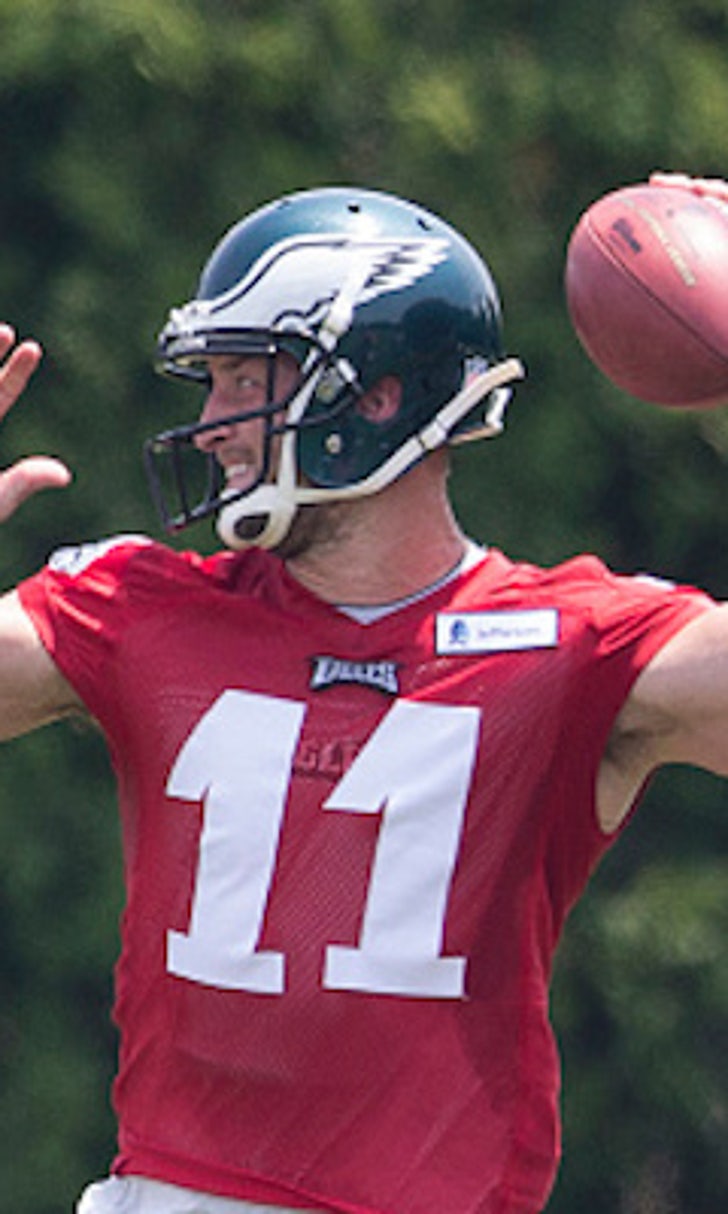 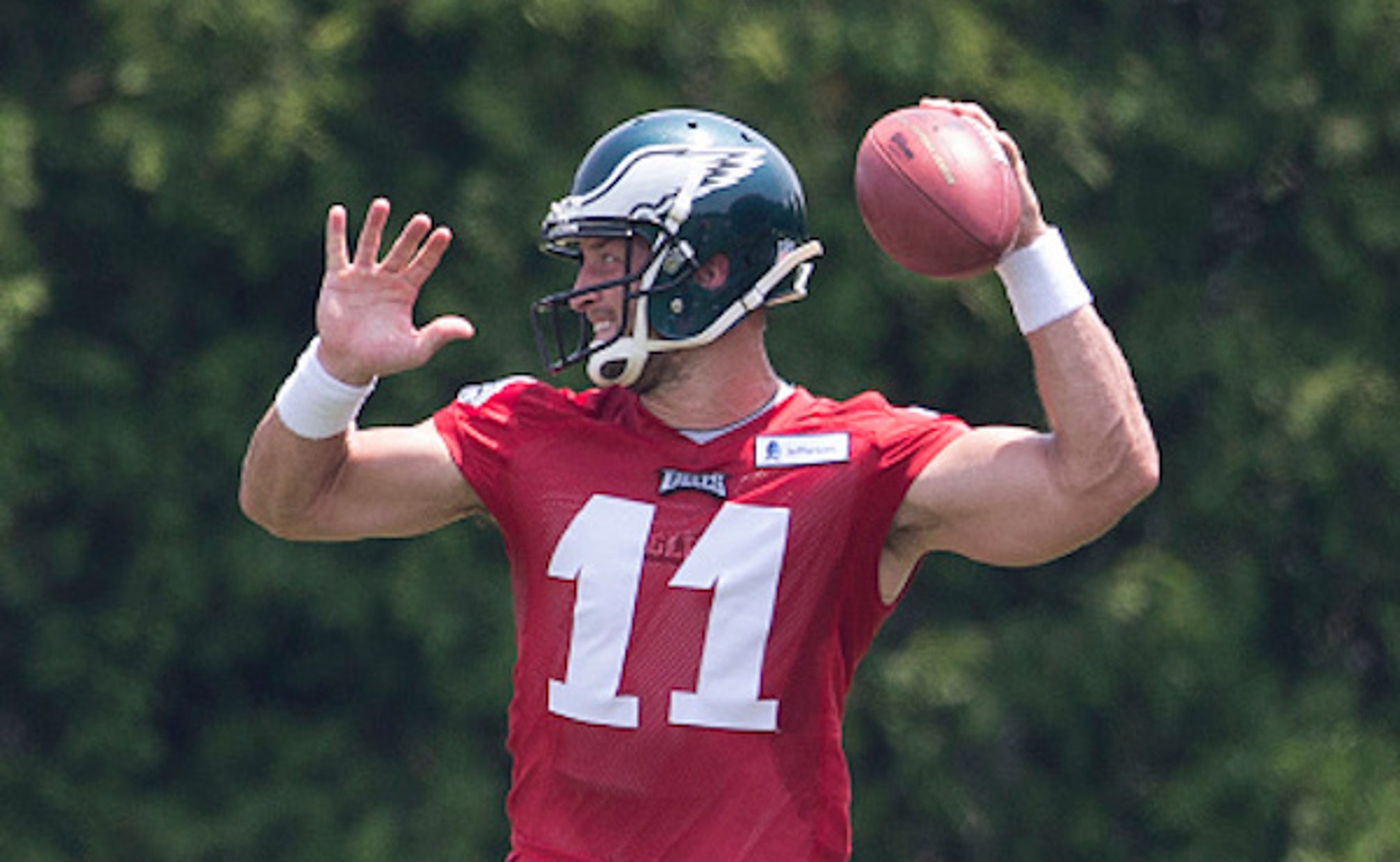 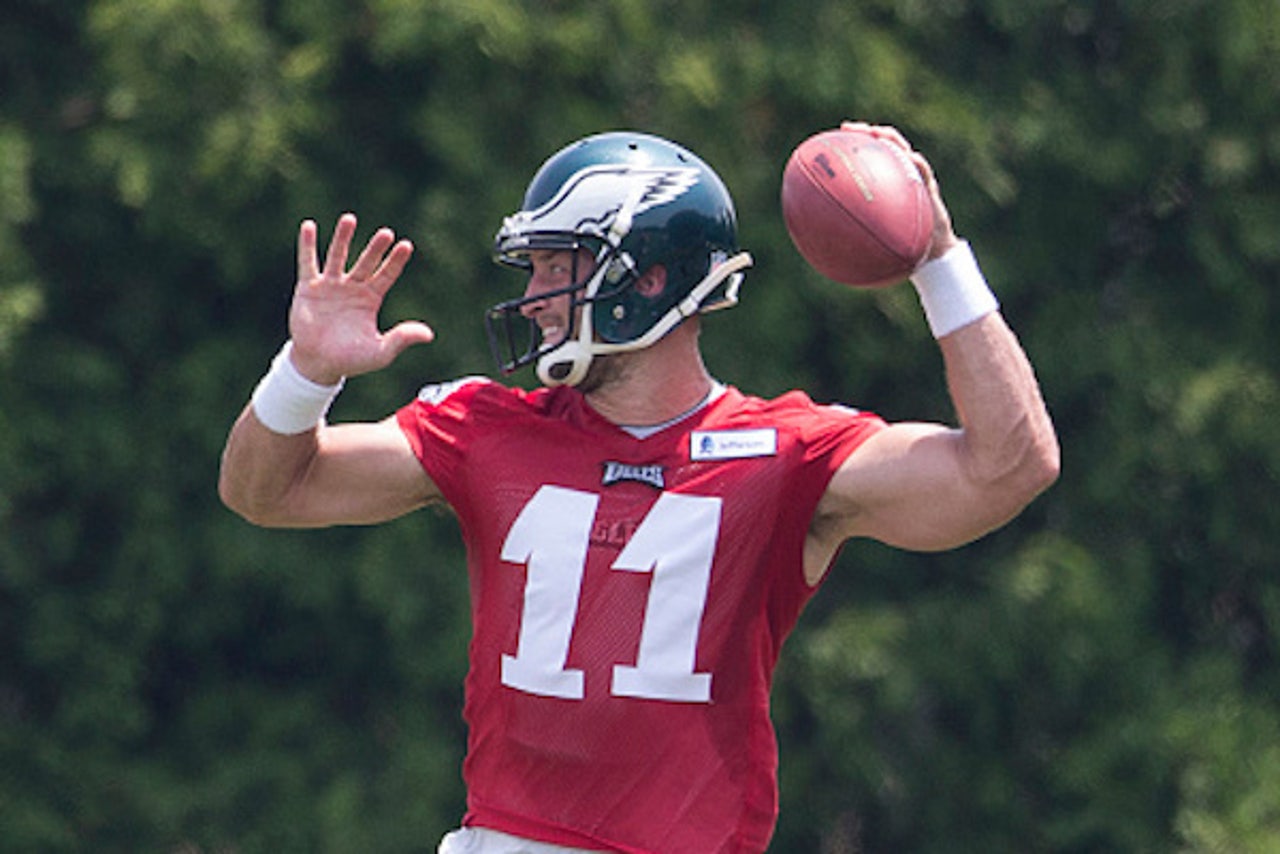 If Tim Tebow somehow makes the Philadelphia Eagles’ roster out of training camp, it will be as a quarterback and no other position.

At least, that’s what Chip Kelly wants us to believe.

“He’s a quarterback,” Kelly told reporters Thursday, per NFL.com’s Marc Sessler. “That’s how we’re looking at Timmy. We’re not looking at him at any other position.”

There has been some chatter that Kelly envisions Tebow as a two-point conversion specialist now that the extra-point attempt has been moved back to the 15-yard line. Kelly loved going for two when he was coaching at Oregon, and he could do it more often with the Eagles this season.

But on Thursday, Kelly noted that the Eagles have converted 43-of-45 field goals from 15 yards out over the past two seasons. He shot down the idea that moving the PAT back will inspire him to go for two more often.

“I don’t think anything’s new,” Kelly said. “They didn’t entice you to go for two more, at least in my opinion.”

Of course, Kelly would never tip his hand. It’s highly unlikely that the Eagles will carry four quarterbacks on their active roster, and you have to figure Sam Bradford and Mark Sanchez are locks to make the team. Matt Barkley is on the bubble, but he should have an advantage over Tebow in that he has more experience in Kelly’s system.

Perhaps Sanchez was right with what he said about Tebow last month. Even if so, Kelly would never admit it.

Colin Cowherd's Blazin' 5 – Week 3
Colin officially has his eye on a few NFL trends so far this season, and he believes defense will be key in Week 3.
2 hours ago

Holding The Door Open
Four women will make NFL history on Sunday. Charlotte Wilder sat down with them to discuss representation, criticism, and more.
17 hours ago

Dak vs. Russ: A Money Matchup
Dak Prescott has an ideal opportunity to show he’s worth the money his Week 3 opponent is making, Martin Rogers writes.
23 hours ago

Ready to Roll
Alabama RB Najee Harris is Reggie Bush's second Playmaker of the Week, despite having not taken the field yet this season.
23 hours ago
those were the latest stories
Want to see more?
View All Stories
Fox Sports™ and © 2020 Fox Media LLC and Fox Sports Interactive Media, LLC. All rights reserved. Use of this website (including any and all parts and components) constitutes your acceptance of these Terms of Use and Updated Privacy Policy. Advertising Choices. Do Not Sell my Personal Info