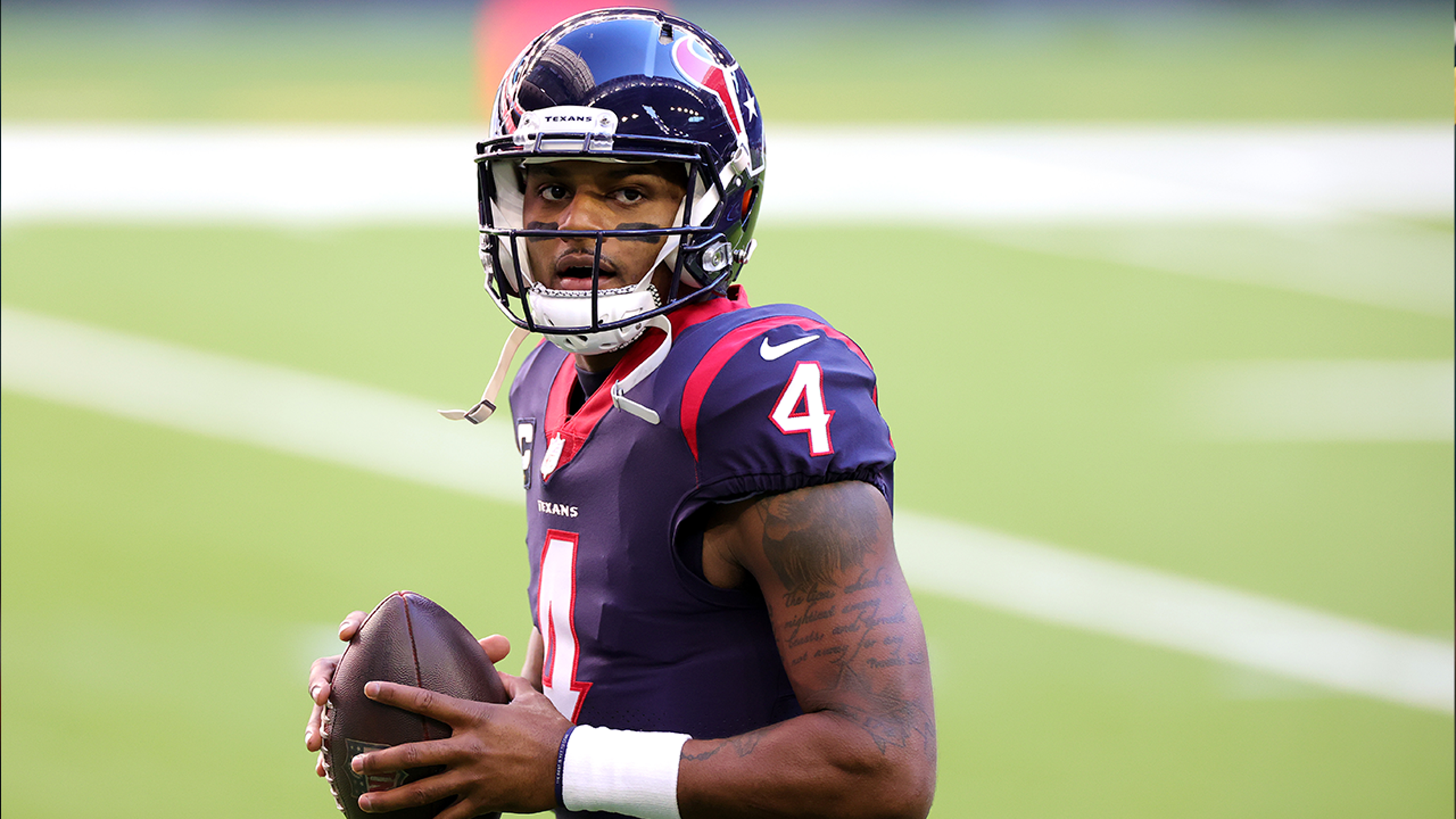 And no one is experiencing that more than Houston Texans quarterback Deshaun Watson.

Watson is fresh off signing a four-year, $156 million contract with the Texans, but less than six months after he inked that deal, the relationship between the organization and the franchise quarterback has seemingly soured.

Although Watson has continued to take his game to new heights – producing the best season of his career in 2020 by throwing for career highs in touchdown passes, passing yards and completion percentage and a career-low seven interceptions – Houston has failed to deliver on its end of the bargain.

And now, reports are that Watson and Houston might soon part ways.

Let's take a look at how the situation arrived at this point:

The trouble began before the start of the 2020 season.

The Texans shocked the NFL world – including their quarterback, who was unaware of the transaction – when they traded Watson's go-to receiver, DeAndre Hopkins, and a fourth-round pick to the Arizona Cardinals.

It only made matters worse that the trade didn't seem to benefit Watson, as Houston received a 2020 second-round pick and a 2021 fourth-rounder, and the deal drew criticism on social media from pundits and players alike.

After an 0-4 start to the season, Houston fired head coach and general manager Bill O'Brien.

O’Brien held a 52-48 record in 100 regular-season games and led the team to the playoffs in four of his past five seasons, but he won only two postseason games in that span and just one with Watson under center.

Despite Watson's having an outstanding individual season, the Texans didn't find team success.

This offseason was supposed to be the one in which the franchise righted the ship, beginning with finding a new coach and GM.

However, the latest move that caused tension within the organization was the Texans' hiring of their new general manager, former New England Patriots director of player personnel Nick Caserio, without consulting Watson.

Not only did the club unexpectedly select Caserio – who was not on the list of potential candidates – but also Watson was told that he would be involved in the hiring and kept up to date on the process.

Instead, Houston didn't notify Watson when Caserio was hired, and the franchise star found out on social media.

Watson's lone reaction to the new hire was a since-deleted tweet that read, "some things never change ..."

Watson has not spoken to Texans officials, despite attempts to contact him, and trade rumors have started to swirl.

After the Texans initially ignored Watson's request to consider Kansas City Chiefs offensive coordinator Eric Bieniemy for their vacant head-coaching position and reports indicated that the club would not pursue Bieniemy as a candidate, Houston officially requested an interview.

The Texans are the sixth of seven teams with head-coaching vacancies to express interest in Bieniemy, after the Falcons, Lions, Jaguars, Jets and Chargers.

Although Watson hasn't yet demanded a trade and hasn't been made available by the Texans in trade talks, there has been speculation about where he could land if that time comes.

One of those destinations has been Miami.

On Wednesday's version of Undisputed, Skip Bayless and Shannon Sharpe agreed that Watson is between a rock and a hard place, whether he stays with the organization or seeks to play elsewhere.

Sharpe went as far as to say that he's almost certain Watson will not be taking snaps for Houston come next season.

Texans owner Cal McNair was finally able to contact Watson on Friday, after his prolonged stretch of silence with the organization.

It seems that the situation is far from resolved, as Watson returned to Twitter after recently deactivating his account, tweeting another cryptic message.

As days continue to pass, it appears that Watson might be closer to exiting Houston, as he remains upset about the process that led to the hiring of general manager Nick Caserio.

According to ESPN's Adam Schefter, trading Watson is not off the table for the Texans.

As the Texans continue to look for their next head coach, the search might become that much more difficult with an unhappy Watson in the picture -- or if Watson is gone altogether.

In His Shoes
Tom Rinaldi tells the moving story of Packers running back Aaron Jones and his special bond with a boy from Western New York.
4 mins ago

Greg Olsen Joins The FOX Sports Family
After a 14-year, record-setting career, the tight end announced his retirement as he joins the FOX Sports NFL broadcast team.
18 mins ago