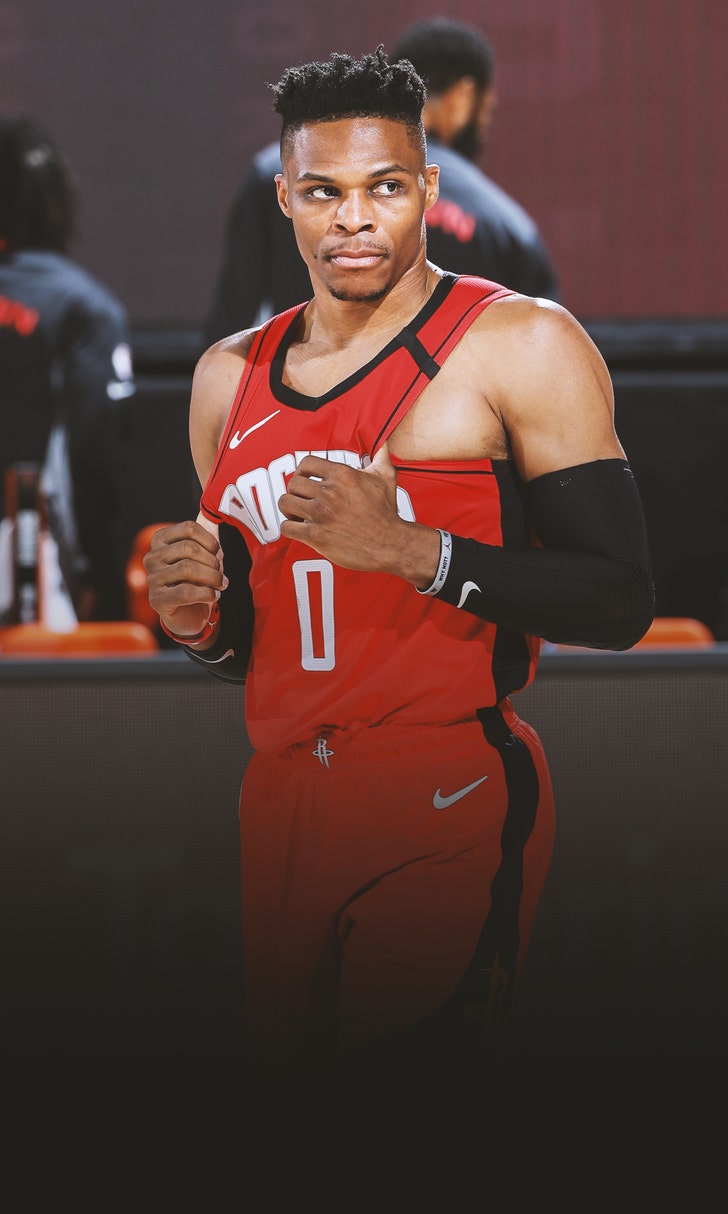 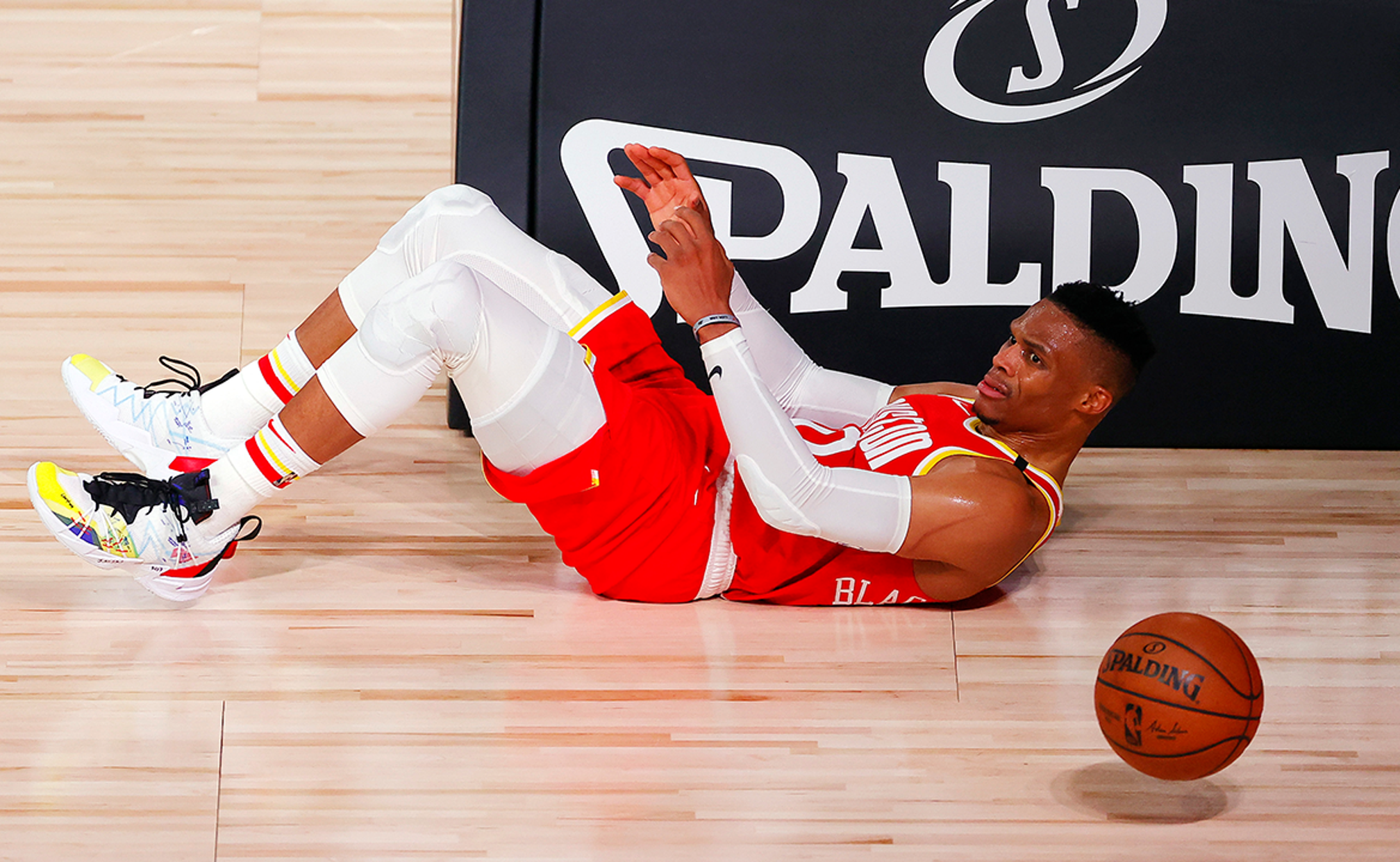 Houston Rockets superstar Russell Westbrook will not be available for at least the first few games of the playoffs – and possibly longer.

Originally, Westbrook was set to be re-evaluated before the playoffs started on Aug. 17, after sitting the final game of the regular season on Friday against the Philadelphia 76ers.

However, an MRI on Wednesday revealed that Westbrook would need more time to heal from the quad injury, according to Jonathan Feigen of the Houston Chronicle.

"The MRI ... indicated a strain that will need enough time that the Rockets will prepare for the start of their first-round series against the Oklahoma City Thunder, Westbrook’s former team, as if he will initially be out."

The Rockets have locked in the No. 5 seed in the postseason. They will meet Westbrook's former team, the 4th-seeded Oklahoma City Thunder, in the first round.

NBA analyst Ric Bucher commented on the injury and what it means for Houston's viablity as serious title contenders: 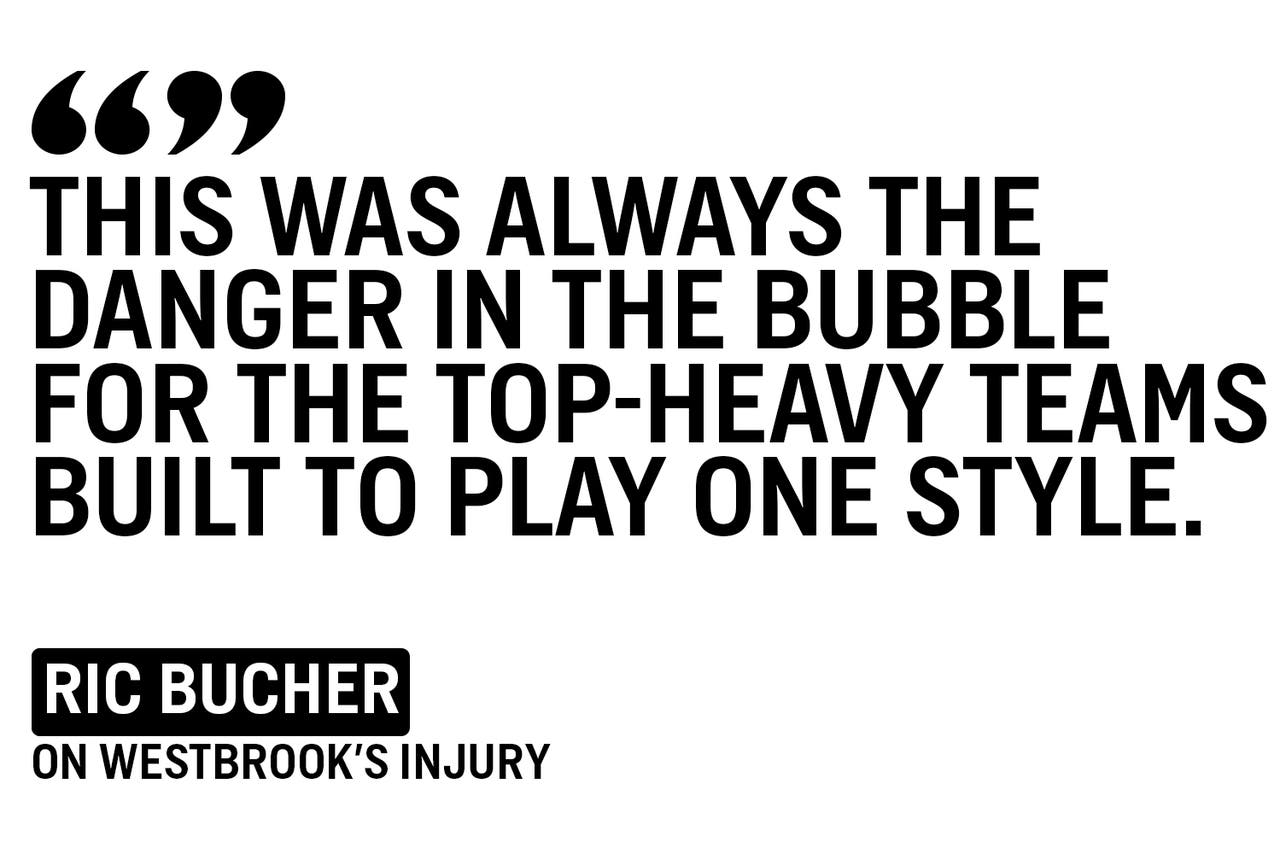 "That’s why I never bought the Rockets as legit contenders under these conditions. Lakers, 76ers, Jazz and Mavs have the same vulnerability. Injuries after a four-month layoff are inevitable. Versatility, depth and stars who aren’t already injury prone are going to be factors in who ends up on top."

Westbrook first experienced symptoms on Aug. 4, feeling soreness in his right quad after the Rockets' loss to the Portland Trail Blazers.

Without the star point guard, Houston lost 108-104 to Indiana on Wednesday, despite 45 points from James Harden.

And while it's too soon to know specifically how the injury could affect Westbrook moving forward, Chris Broussard said this week that any lingering effects could doom the Rockets:

"Houston’s chances of winning the title were already slim, but if Russell Westbrook can’t play — or is even significantly hampered — that slim chance goes to no chance. They’re not even a lock to get out of the first round without Russ."

The 2017 MVP was traded to Houston last summer from OKC, averaging 27.2 points, 7.9 rebounds and 7.0 assists in his first season with the franchise.

Westbrook has played in four of the Rockets' seven games since the restart, averaging 24.3 points on 43.9 percent shooting, 7.6 assists and 6.3 rebounds.

How The West Was Won
The Los Angeles Lakers are headed back to the NBA Finals for the first time in 10 years. Here is how they did it.
17 hours ago