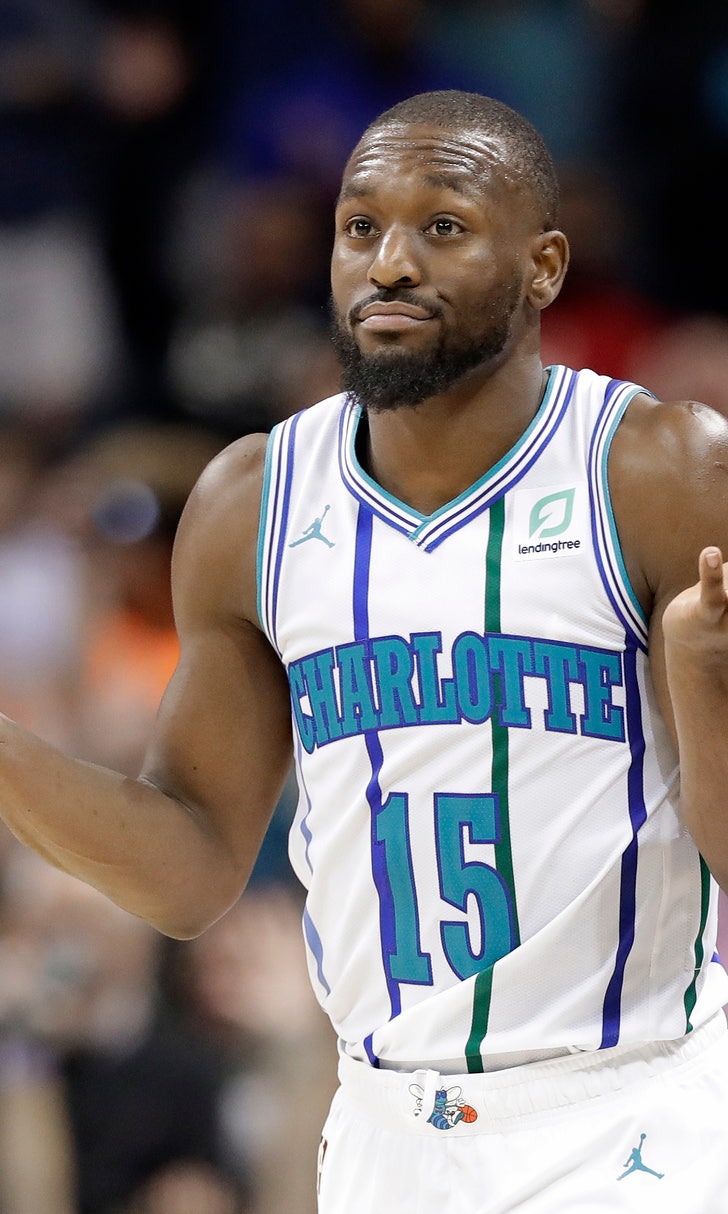 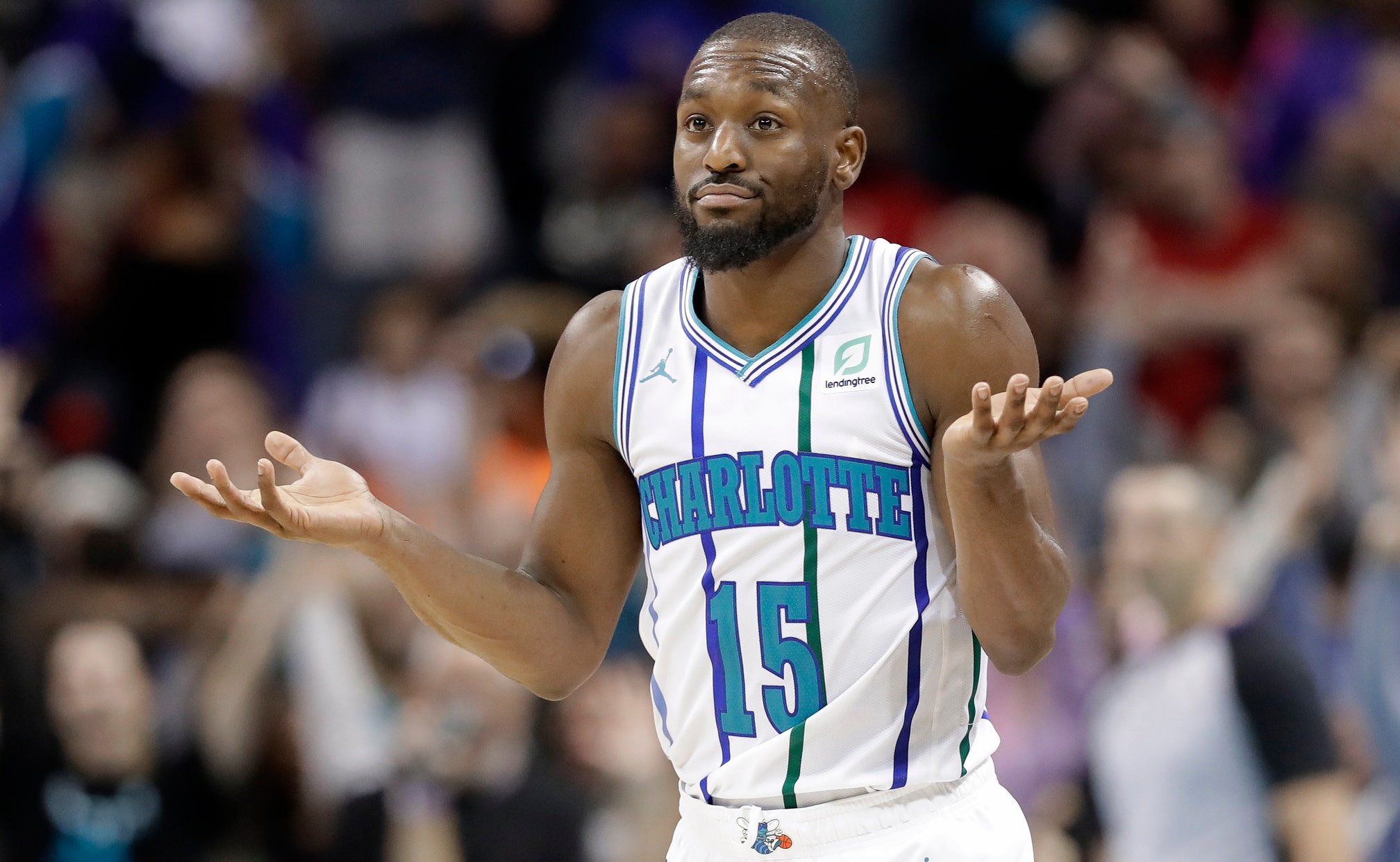 CHARLOTTE, N.C. (AP) — Jimmy Butler knocked down a 3-pointer as time expired in overtime, and the Philadelphia 76ers overcame a career-high 60 points from Kemba Walker to beat the Charlotte Hornets 122-119 on Saturday night.

Butler's play in the final seconds was the difference.

He blocked Walker's shot and saved the ball to a teammate with 15 seconds left, setting the stage for his winning jumper from the top of the key over Dwayne Bacon.

Joel Embiid finished with 33 points and 11 rebounds and Ben Simmons had 23 points, 11 rebounds and nine assists as the 76ers defeated the Hornets for the third time this season. Butler had 15 points in his third game with his new team.

Walker's 60 points were the most in the NBA this season, topping Klay Thompson's 52 against Chicago on Oct. 29.

Walker finished 21 of 34 from the field and had six 3-pointers. He made all 12 foul shots and had seven rebounds and four assists.

The Nets lost for the fourth time in five games. Jarrett Allen had 24 points and 11 rebounds, and D'Angelo Russell added 23 points and 10 assists.

Aaron Holiday scored 12 points off the bench and Thaddeus Young had 11 points and seven rebounds for the Pacers, who played most of the game without All-Star guard Victor Oladipo because of a sore right knee.

Vucevic scored 24 points in the second half as Orlando led by as many as 21 and ended the Lakers' four-game winning streak.

Evan Fournier had 15 points and Terrence Ross scored 13 for the Magic, who have won four of five.

The Lakers got 22 points from LeBron James, 19 from Lance Stephenson and 17 from Brandon Ingram, but were down 15 early in the second half and never got closer than a 10-point deficit in the fourth quarter as James sat on the bench.

Davis followed up his 43-point performance in a 129-124 victory against New York on Friday night by leading a balanced scoring effort for New Orleans, which won for the fifth time in six games. Davis shot 10 for 20 from the field and converted 20 of 21 chances from the line.

Julius Randle had 21 points and 14 rebounds off the bench for the Pelicans. Nikola Mirotic had 20 points and 10 rebounds, Jrue Holiday overcame foul trouble to finish with 19 points and E'Twaun Moore added 13 points.

Nikola Jokic had 25 points and 10 rebounds, Gary Harris scored 24, and Juancho Hernangomez had 20 points and 11 rebounds for the Nuggets, who lost for the fifth time in six games

BOSTON (AP) — Donovan Mitchell had 28 points and six assists, bouncing back from one of his worst performances of the season and leading Utah to its second win over Boston in eight days.

Mitchell took 35 shots and did not record an assist in Friday night's 113-107 loss at Philadelphia.

Kyrie Irving had 20 points for the Celtics, who had won two in a row. Jayson Tatum finished with 10, but no other player scored in double figures for Boston.

Toronto was minus leading scorer Kawhi Leonard, held out after playing 43 minutes in an overtime loss at Boston on Friday night. Leonard played in just nine games last season and has yet to appear in back-to-back games this season.

Antonio Blakeney had 13 points and Justin Holiday and Jabari Parker each added 12 for the Bulls, who have dropped four straight.

Chicago also played without its leading scorer, Zach LaVine, who sat out with an illness.

HOUSTON (AP) — James Harden had 34 points and eight assists, and Houston used a big first-half run on the way to its fourth straight victory.

Chris Paul added 24 points and nine assists. Clint Capella finished with 23 points and 16 rebounds for Houston, which shot 57 percent from the floor, including 20 of 47 from 3-point range.

After starting the season 1-5, Houston has won seven of its last nine games to move above .500 for the first time.

Buddy Hield shot 10 for 17 and finished with 23 points and seven rebounds to lead the Kings, who have lost three of their last four games. De'Aaron Fox added 19 points, and Marvin Bagley had 16 points off the bench for Sacramento, which shot 45 percent from the field.

Golden State played without starters Stephen Curry and Draymond Green, but led by eight in the second half before the Mavs rallied.

Doncic hit a 10-footer in the lane with 1:10 left to put Dallas up 109-108, then sealed the game with two free throws with seven seconds remaining.

Kevin Durant scored 32 points, but only three in the fourth quarter on 1-for-7 shooting. Klay Thompson added 22 for the two-time defending champion Warriors.

Harrison Barnes had 23 points for the Mavericks, who have won five of six. It was just the second time Dallas has beaten Golden State in their past 19 meetings.

The Thunder played without Russell Westbrook for the sixth straight game. He missed the first five with a sprained ankle, but the team said his absence on Saturday was for "personal reasons."

But Oklahoma City was in control most of the night anyway, leading by as many as 18 points and beating the Suns for the third time this season with two of the victories coming without Westbrook.