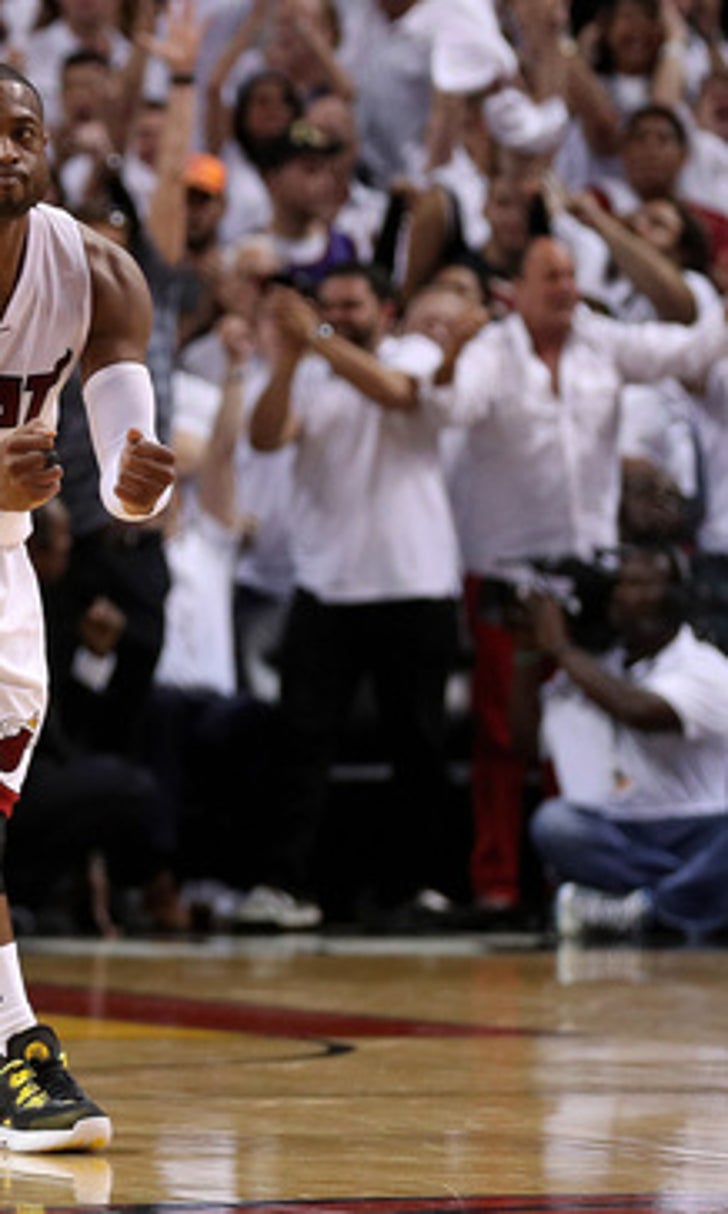 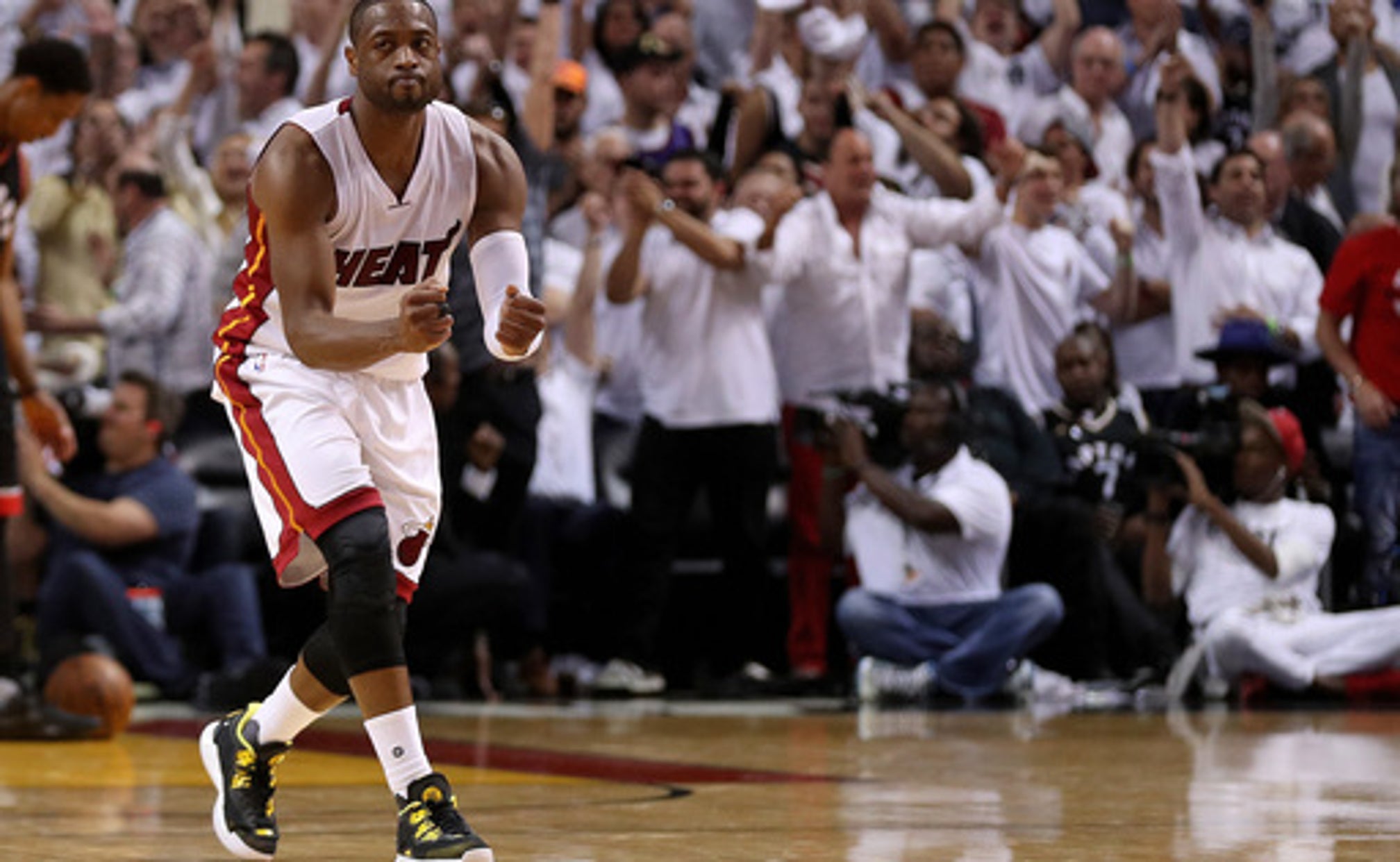 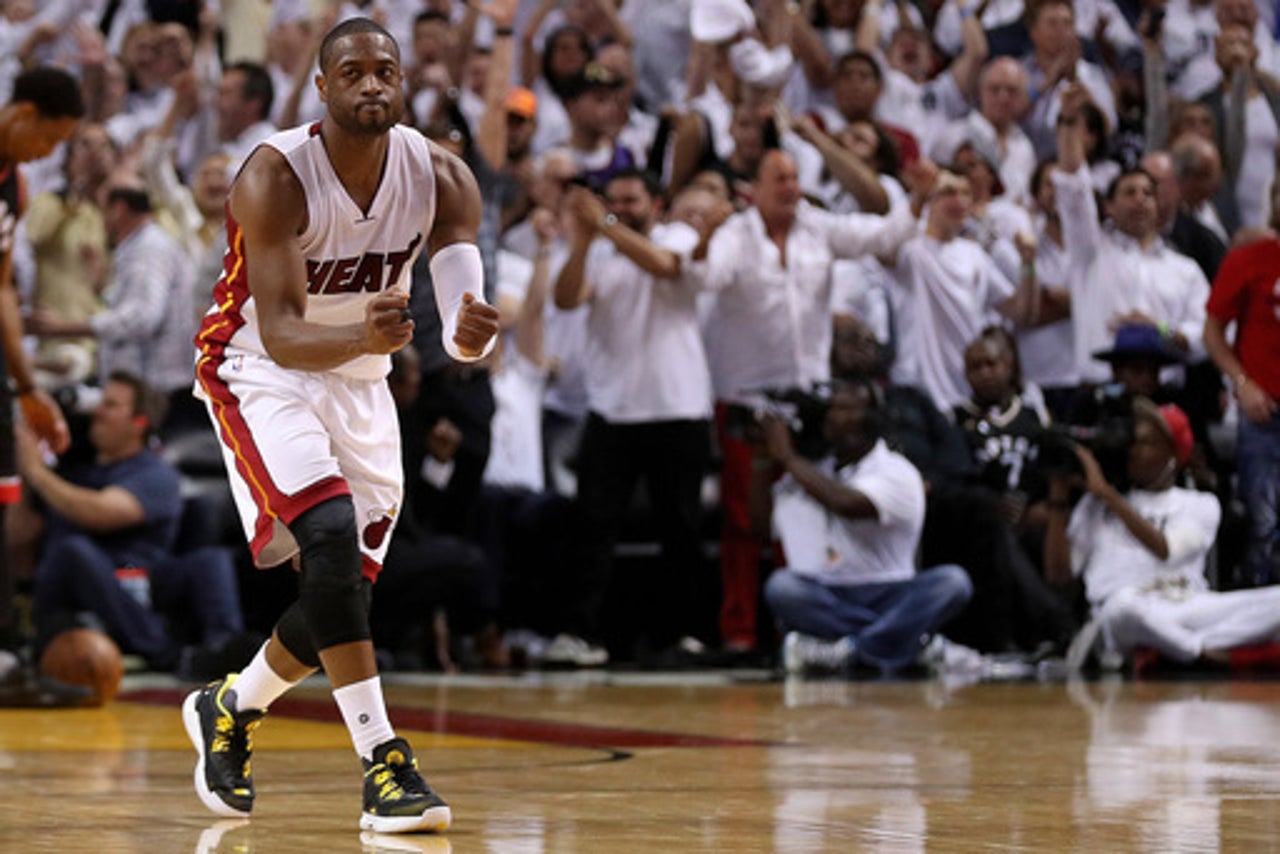 MIAMI (AP) Just about everyone struggled to score, with one very notable exception.

And the Miami Heat couldn't be more thankful.

Wade scored 30 points, including the layup that sent the game to overtime and finished off Miami's frantic comeback from a nine-point deficit, as the Heat beat the Toronto Raptors 94-87 in Game 4 of the Eastern Conference semifinals on Monday night.

The series is tied 2-2, heading to Toronto for Game 5 on Wednesday.

It looked dark for a lot of minutes before Wade and the Heat figured it out. Goran Dragic had 15 points, including a three-point play that just about clinched it for the Heat with 22.4 seconds left in overtime. Joe Johnson also scored 15, despite still being without a 3-pointer in this series - but setting the tone with two blocked shots in the first 59 seconds of the extra session.

Wade didn't score in overtime until his steal and dunk closed the scoring. He didn't have to, either.

''I was tired,'' Wade said. ''I was using myself as a decoy. All eyes were on me and I wasn't going to force anything.''

Miami led for only 13 seconds in the fourth quarter, but never trailed in overtime - the third time in four games the Heat and Raptors needed five extra minutes to decide a winner.

''That's what you get when two teams are trying to make the conference finals,'' said Toronto's Kyle Lowry, who fouled out late in regulation after scoring just 10 points on 2-for-11 shooting and blamed himself for the loss. ''We're going at it.''

Terrence Ross and Cory Joseph each scored 14 for Toronto, which shot 39 percent.

Bismack Biyombo and DeMarre Carroll added 13 apiece for the Raptors, while the starting backcourt of Lowry and DeMar DeRozan - who is obviously bothered by a thumb injury - combined for 19 points on 6-for-28 shooting.

''Two tough-minded teams,'' Raptors coach Dwane Casey said. ''They came out and forced their will on us at the end of the game.''

Miami was down 77-68 midway through the fourth, and still trailed 79-72 when Lowry got the roll on a 15-footer with 5 minutes left.

That's when Wade went to work.

He scored the next five for Miami, getting the Heat within 79-77. The deficit was still two when Lowry fouled out - on an offensive foul - with 1:58 left. The Heat finally got the equalizer with 12.6 seconds left, Wade getting to the rim for a layup that knotted the game at 83-all.

Joseph missed a jumper to end regulation and the Raptors scored a mere four points in the extra session.

''I don't think there's any doubt this game was going to go into overtime,'' Heat coach Erik Spoelstra said. ''It's just one heck of a series.''

The difference has been Wade, who's averaging 27.3 points in this series - nine more than any other player.

''I'm as confident as I've been all season right now,'' Wade said.

Raptors: Instead of dealing with the prospects of a 5 a.m.-ish arrival in Toronto, the Raptors were spending Monday night in Miami. They'll fly Tuesday and plan to practice in Toronto. ... Lucas Nogueira made his playoff debut, checking in with 4:04 left in the opening quarter. He's the fourth Raptor to make his playoff debut in 2016.

Wade's season of climbing the scoring charts continued. With his ninth point, he passed Magic Johnson (3,701) for 13th on the NBA's playoff scoring list. He's also passed Wilt Chamberlain, Elgin Baylor, Scottie Pippen and Dirk Nowitzki in these playoffs alone, and now with 3,723 he's within 32 of tying No. 12 Hakeem Olajuwon (3,755). Wade is the NBA's 39th all-time regular-season scorer, up from No. 54 when this season began.

A Big Liability In Brooklyn
How do sportsbooks react to blockbuster trades? How much money is on the Nets? And is there any value? Sammy P asked the experts.
2 hours ago

Worthy of Attention
Zach Lavine is setting the league on fire. Is Chicago officially looking at its next superstar guard?
4 hours ago