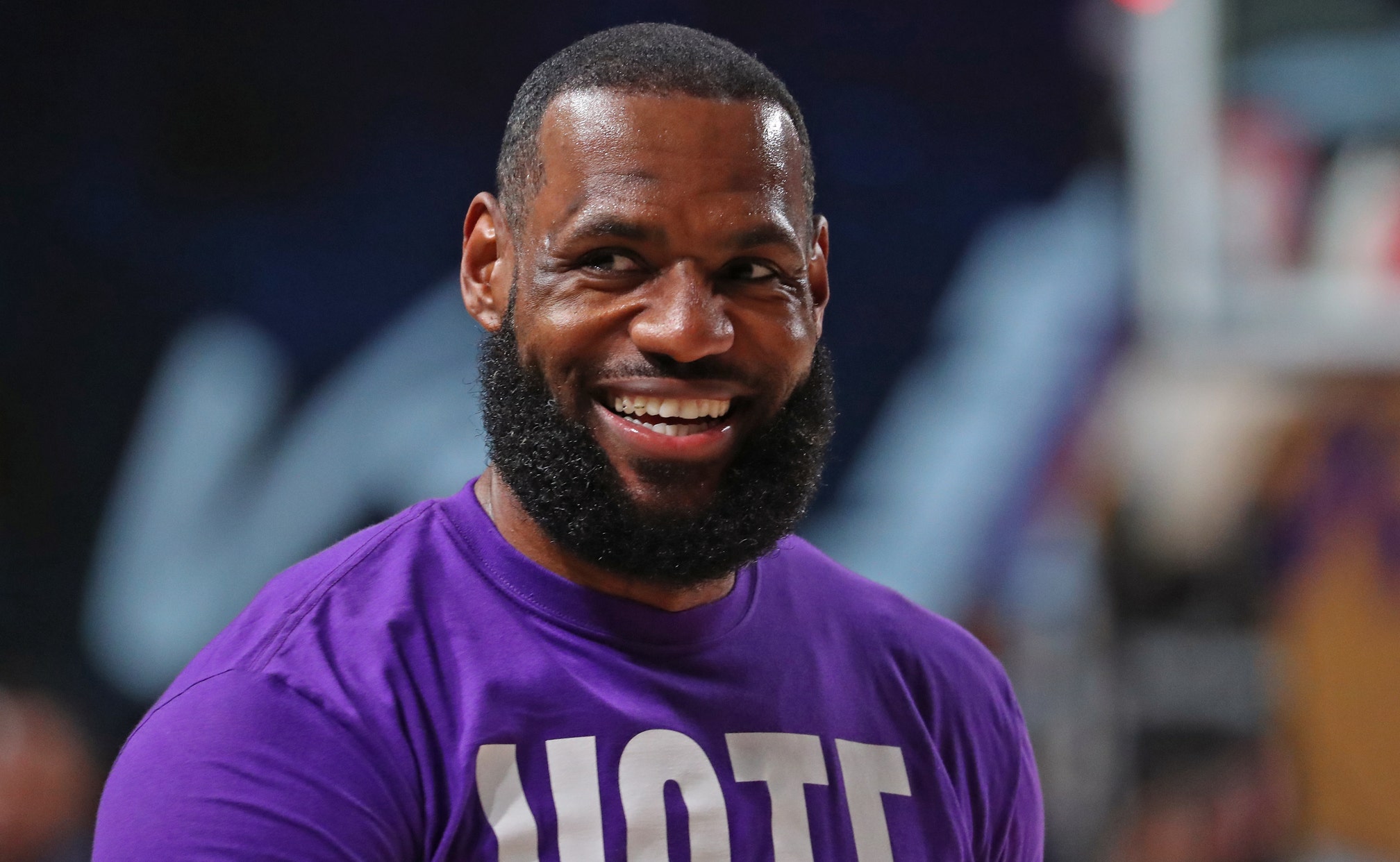 Skip Bayless was in rare form on Tuesday morning's edition of Undisputed – but it was for a reason.

The Los Angeles Lakers defeated the Denver Nuggets in five games in the Western Conference Finals, and with the win, LeBron's Lakers earned a spot in the 2020 NBA Finals.

The win also earned Shannon Sharpe a win over Skip Bayless in an off-the-court bet, which meant that on Tuesday, Skip had to roll out the red carpet of compliments for King James.

"Even though people think I hate LeBron – and I hate the word 'hate' because I do not hate LeBron James – all the things I'm about to say I have said multiple times on this show."

Here's what Skip came up with:

He also led the NBA in assists for the first time in his 17-year career (10.6 per game), while snagging 7.9 rebounds to finish off an impressive stat-line, while leading the Lakers to the best record in the Western Conference.

Skip's take: "LeBron James is the most durable superstar ever. He is iron man. The only other athlete who rivals the dedication that LeBron James puts into his fitness routine is Tom Brady. But the irony of what I just said is LeBron plays much more of a contact sport than Tom Brady plays."

James averaged 34.6 minutes per game this season, and was recently unanimously selected to a 16th All-NBA team. He now has the most All-NBA selections in league history

James finished the night shooting 12-of-23 from the field for 37 points. He sunk five threes, was a perfect 8-of-8 from the charity stripe, and added 12 rebounds and 4 steals.

Skip's take: "I love the humility that LeBron James displayed moments after he finally broke through and won his first ring in Game 5 in Miami against the Oklahoma City Thunder. He said live on ABC right after the game, 'It's about damn time,' and that was a perfectly beautiful way to put that because I sat back and said, 'Yeah, you're right.'"

James also earned the first Finals MVP of his career.

Skip's take: LeBron stood up to pressure I don't believe any NBA player has ever faced or felt in Game 6 at Boston ... Even the staunchest LeBron defenders and apologists were starting to doubt if he was made of the right stuff ... The Heat won that game by 19 points because LeBron dominated from start to finish. That was in most people's eyes the greatest game he ever played, facing the most pressure he'd ever face."

Heading into Game 6 against the Boston Celtics in the 2012 Eastern Conference Finals in 2012, LeBron James and the Heat faced elimination.

The King became the first player since Wilt Chamberlain in 1964 to post at least 45 points, 15 rebounds and 5 assists in a playoff game.

Skip's take: "No athlete has ever been a more consistently powerful speaker on race or social justice topics. Nobody is in this man's league when it comes to the power of his platforms that he has created and maintained. Nobody has taken more advantage of his platforms in the history of sports."

LeBron James has always been engaged in social justice issues, and most recently, he helped establish “More Than a Vote,” a group dedicated to assisting African American voters and fighting voter suppression.

The organization was formed in response to the death of George Floyd at the hands of Minneapolis police on May 25.

Skip's take: "LeBron James is still the greatest driver of the basketball I have ever seen. A 6'9", 260 pound freight train to the rim. Never seen anything like it before."

According to NBA stats and information, James is the only player to average at least 0.55 points per drive and 0.14 assists per drive.

He drives an average of 13.7 times per game, finishing 53.9 percent of his shot attempts when going to the basket.

For the first time in his career, James capped the regular season as the league's assist leader, averaging 10.2 per game.

James had never averaged double-digit assists before the 2019-2020 season, with his previous high of 9.1 assists per game coming during the 2017-2018 season with the Cleveland Cavaliers.

The Lakers averaged 25.3 assists per game this season, meaning James posted 40 percent of the team's total.

Skip's take: "No player in the history of the NBA has stood up better to an NBA debut expectation the way LeBron James did ... I watched every dribble of it because I was fascinated. That night in Sacramento, that's the weight of the world on that young man's shoulders ... As soon as that game ended, I sat back and said, 'A star is born.' A highly impressive, outstanding debut."

With all eyes on him, James played 42 minutes, finishing with 25 points, 6 rebounds, 9 assists and 4 steals, with only 2 turnovers.

Even in high school, LeBron James was in the spotlight.

James played basketball for St. Vincent-St. Mary's High School in Akron, Ohio, and was noticed early, and eventually talked about as the future of the NBA.

He led his team to three Division II championship titles in four years.

James opted to skip college and go straight to the NBA, where he was the top pick in the 2003 NBA Draft.