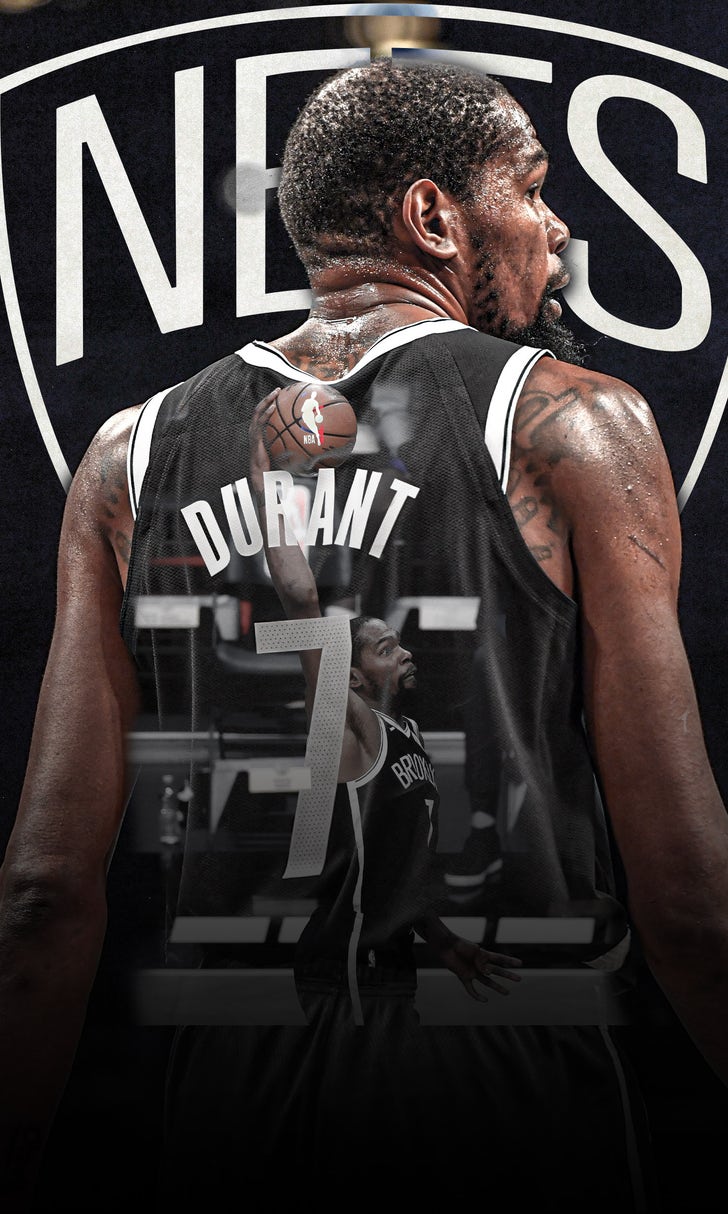 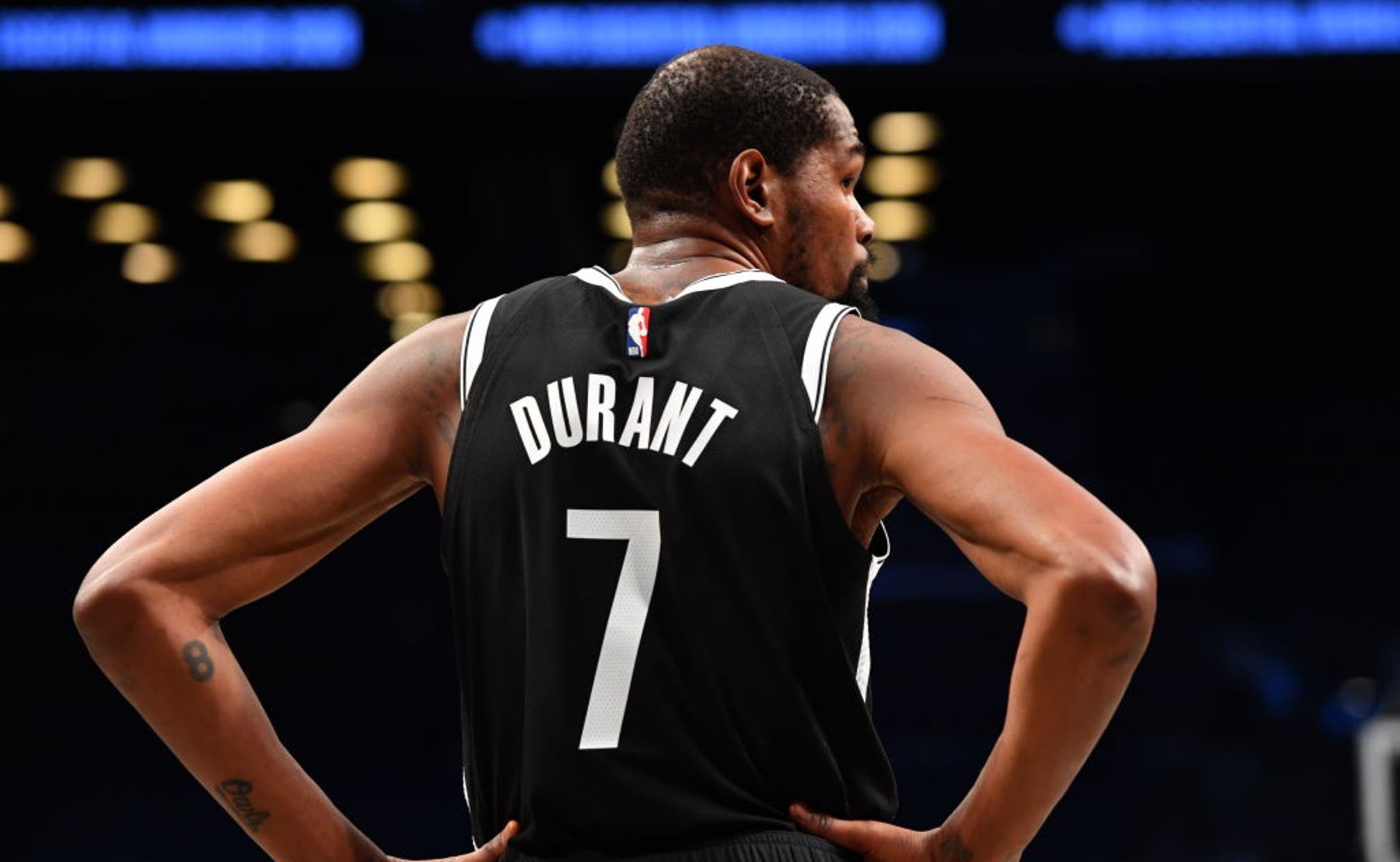 Stephen Curry summed up how it felt to play against his former teammate Kevin Durant in one word.

It was the greatest compliment Curry could've given Durant.

Durant shined in his first game since suffering a torn right Achilles 18 months ago, helping lead the Brooklyn Nets to a 125-99 victory over the Golden State Warriors in the NBA's season opener Tuesday.

Durant set the tone immediately, knocking down a 26-foot 3-pointer in the first minute and 20 seconds. Thirty seconds later, he drove to the basket and pulled up for a jumper over two defenders.

Over the last year and a half, Durant constantly heard the whispers questioning whether he'd once again be an MVP-caliber player after suffering one of the most dreaded injuries in the game, one that has been known to permanently rob some players of their former speed and agility.

Emotions were running high before tipoff.

Durant acknowledged he was overwhelmed when he looked at his phone.

"I got so many calls and texts about playing again," he said. "For me, I was just like, 'I've got to focus on the first possession and then try to get through that and move on to each possession.' I try not to make too big of a deal out of this whole thing and realize I've been playing this game since I was 8 years old.

"So I've just got to revert back to what I know."

In the first quarter, Durant had 10 points in nine minutes on 4-for-7 shooting. He finished with 22 points on 7-for-16 shooting, along with five rebounds, three assists and one blocked shot, in a game in which the Nets led by as much as 38 points and never trailed after the first 20 seconds, against a Warriors team that was without Klay Thompson (torn right Achilles tendon) and Draymond Green (muscle strain in right foot).

It was a long road back for Durant.

He sustained the injury in Game 5 of the 2019 NBA Finals, while he was competing for his third championship with the Warriors. After dribbling the ball through his legs, he heard a pop. He started hopping on his left foot before collapsing to the ground, holding his right leg.

The NBA perfectly set up the drama.

After missing the entire 2019-20 season, on opening night of the 2020-21 season, Durant would play against his former franchise, one that came under a huge amount of fire at the time for potentially rushing him back too soon.

Durant had missed nine straight games because of a right calf strain before Game 5.

But Durant, who left for Brooklyn in free agency weeks after suffering the devastating injury, made it clear he doesn't harbor any resentment toward the Warriors.

"I wouldn't blame that on anybody," Durant told reporters Monday.

Durant is just happy to be back on the court.

And he has a different perspective this time around.

He used to get extremely anxious before games because he'd set such high expectations for himself. Now, he's trying to take the pressure off a bit, respect the process of his comeback, and resist the temptation to weigh in on the constant chatter around whether he has returned to his old self.

He used to deeply care about what other people thought, so much so that he created burner accounts on Twitter to defend himself against fans who criticized him for leaving the Oklahoma City Thunder for the Warriors back in 2016.

Apparently, that mindset has shifted.

"I don't feel like I've got to prove myself," Durant said. "But I want to go out there and be able to do whatever coach needs me to do out on the floor, whether it's guard, score, make passes. I've just got to be ready for anything."

According to his teammate and good friend Kyrie Irving, all went well.

After so much anticipation, they were effortless together.

And on Tuesday, he didn't show any signs of slowing down.

Nets coach Steve Nash was quick to point out that it was only one game, and Durant still has a long road ahead of him after such a long layoff.

"I just don't want to necessarily expect that every night he is going to be amazing," Nash said.

"His off-nights are amazing for most people in the league."

Tuesday was no off-night for Durant.

A Big Liability In Brooklyn
How do sportsbooks react to blockbuster trades? How much money is on the Nets? And is there any value? Sammy P asked the experts.
3 hours ago

Worthy of Attention
Zach LaVine is setting the league on fire. Is Chicago officially looking at its next superstar guard?
4 hours ago