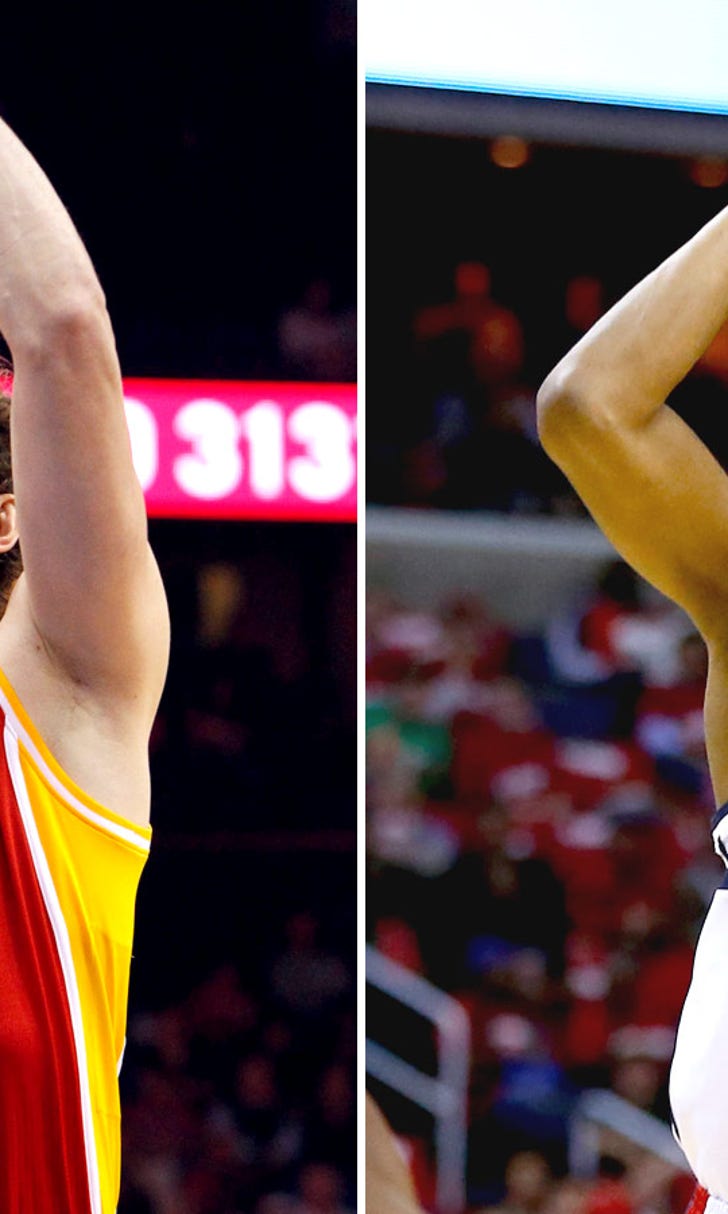 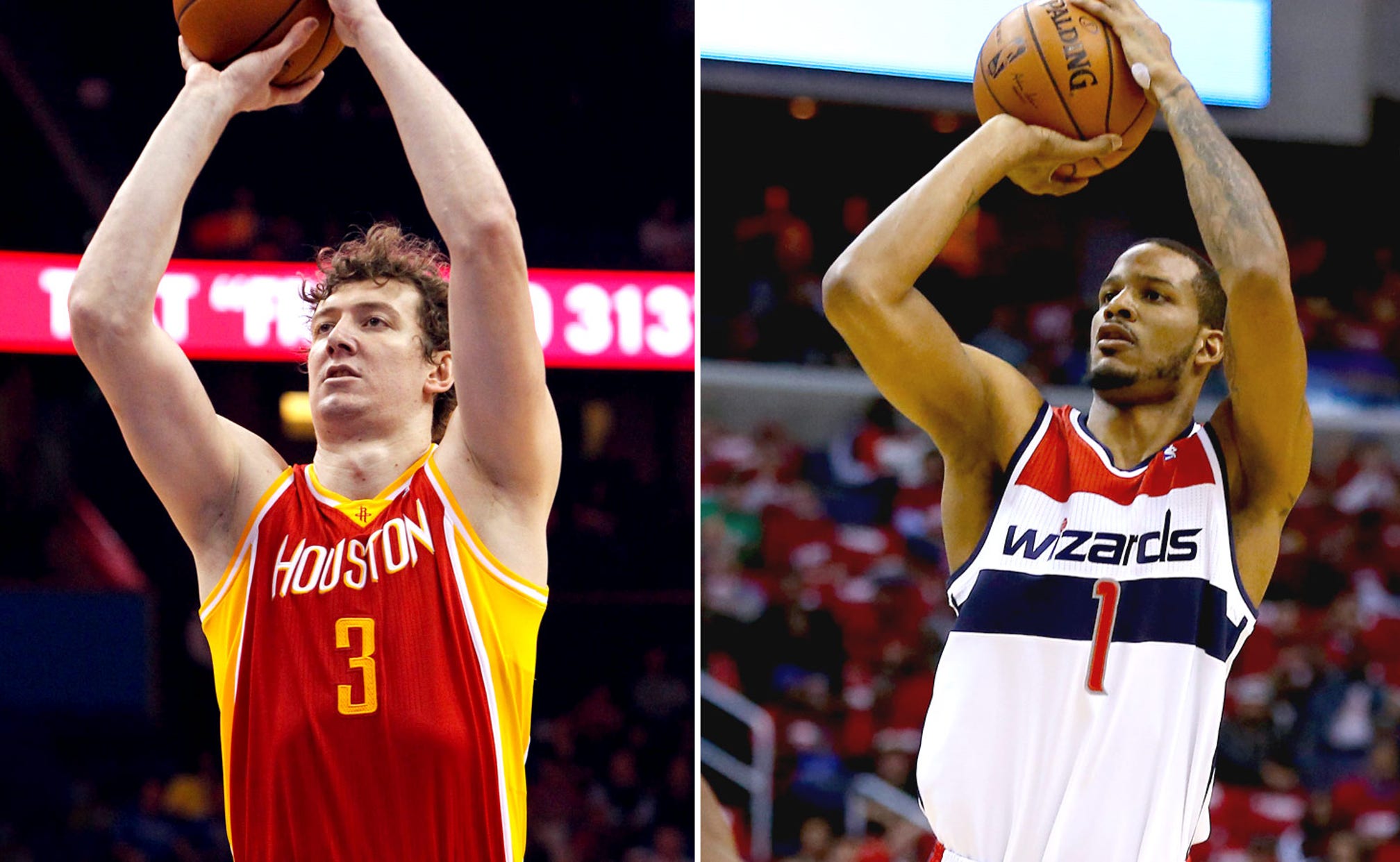 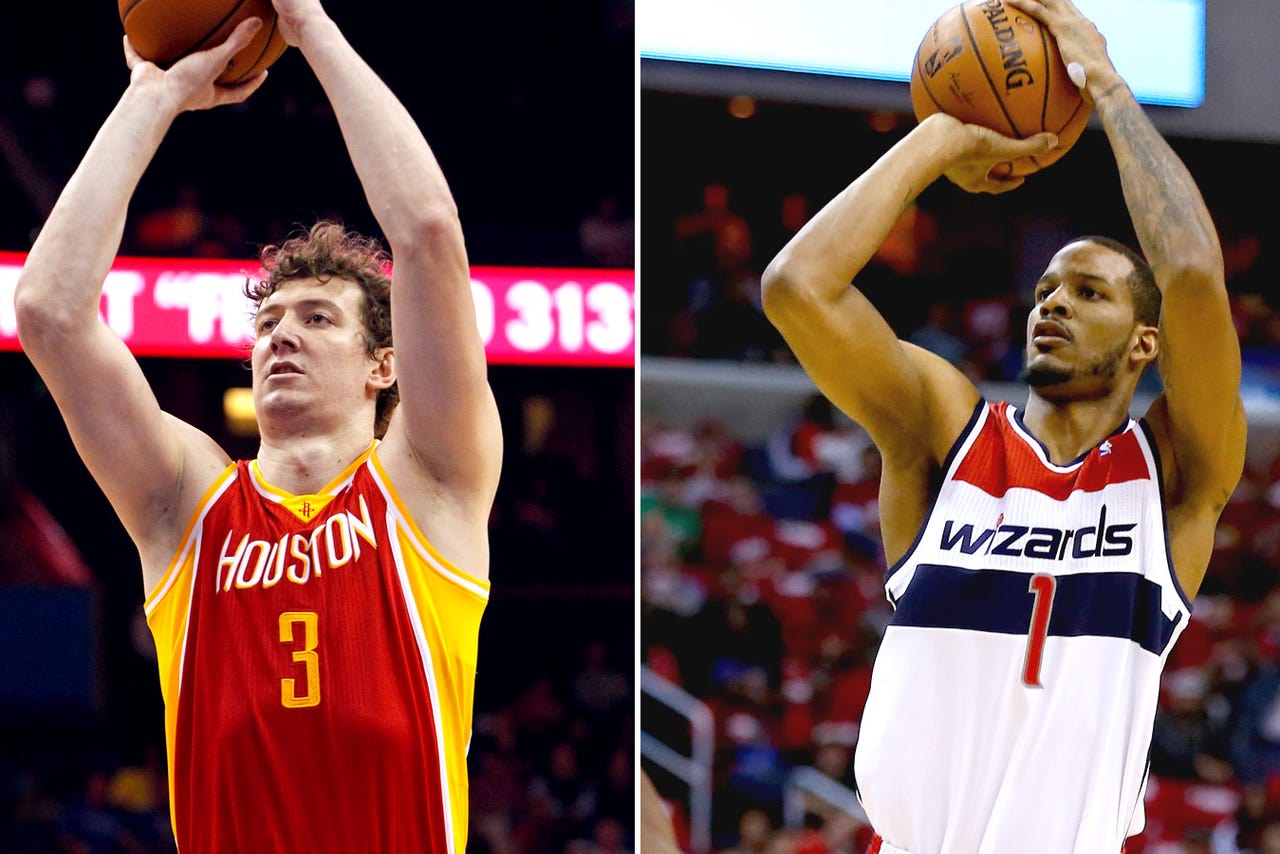 The Rockets acquired Ariza as part of a three-team trade that was announced by Washington on Tuesday, bringing the 6-foot-8 forward back to where he averaged a career-high 14.9 points during the 2009-10 season.

Ariza will join Houston in a sign-and-trade in a deal also involving New Orleans and the Wizards.

The Rockets will send center Omer Asik, forward Omri Casspi and cash considerations to New Orleans, while Houston will also get forward Alonzo Gee, guard Scotty Hopson and a 2015 first-round draft pick from the Pelicans.

Washington will receive center Melvin Ely and a trade exception as part of the deal.

The 29-year-old Ariza spent the last two seasons with the Wizards, averaging 14.4 points and hitting 40.7 percent of his 3-point shots last season.

He's a welcome consolation prize after a busy offseason for Houston, which briefly courted LeBron James and hosted Carmelo Anthony before making a four-year max offer to Miami Heat forward Chris Bosh -- all with the hopes of adding another offensive force to play with James Harden and Dwight Howard.

Ariza began his career out of UCLA in New York and has also played for Orlando, the Los Angeles Lakers and New Orleans. He spent one season with the Rockets in 2009-10.

Asik signed with Houston two years ago after two seasons in Chicago. The 7-foot center averaged a career-high 10.1 points in his first season before injuries and the arrival of Howard limited his production to 5.8 points and only 48 games last season.

To help with the departure of Ariza, Washington agreed to a two-year deal with Paul Pierce over the weekend.