The Houston Rockets seemed headed to an easy victory over the lowly Minnesota Timberwolves on Wednesday night, cruising to a 17-point lead in the first quarter.

They ended up enduring a half-court buzzer beater, three overtimes and a record-setting performance by Al Jefferson.

``This was one heck of a game,'' Hayes said. ``I'm just happy that after three hours, we were able to come out on top.''

Jefferson pulled down a franchise-record 26 rebounds and scored 26 points for the Timberwolves, playing the team's first ever three-overtime game.

``We kept fighting and got back into the game,'' Jefferson said. ``I'm really crushed. It took a lot out of us.''

The Rockets led most of the way, but Corey Brewer swished a half-court shot as the buzzer sounded in regulation to tie it at 89 and force an unexpected overtime period.

Trevor Ariza scored 19 points and Shane Battier added 14 points and 12 rebounds for the Rockets, who beat the Timberwolves for the 10th straight time, but never struggled like this.

``This game would've been a shame to lose,'' Battier said. ``If we would've lost, this really would've hurt.''

The Rockets led by five early the first extra period, but the Timberwolves rallied and went ahead 98-96 on Ellington's 3-pointer. Brooks hit two free throws with 1:25 left to tie it again, and both teams missed potential winning shots in the last minute.

Jefferson hit a pair of free throws and a hook shot to give Minnesota a 102-98 lead early in the second overtime. Ariza hit a jumper from the wing, then converted a three-point play.

Ellington lost the ball at midcourt with 16.9 seconds left, Brooks' free throws put Houston up 105-102, but Ellington tied it again with a 3-pointer with 8.4 seconds left.

``I am very proud of the way we fought back,'' Minnesota coach Kurt Rambis said. ``This is a great example of what happens when you keep playing the game.''

Brooks swished a 3-pointer in the first minute of the third extra period, but Hayes fouled out when he bumped Jefferson on a layup. Carl Landry's turnaround gave the Rockets a 110-107 lead before Jefferson answered again.

Ariza sank two free throws, Gomes was called for an offensive foul and Battier sank a 3-pointer from the corner with 1:55 left to give the Rockets a 115-109 lead. Houston hit enough free throws at the end to escape with its eighth straight home victory.

``When you get into overtime like that, sometimes the way the ball bounces could determine the game,'' Brooks said. ``The ball bounced our way this time.''

The Rockets seemed to have the victory in hand in the fourth quarter after Brooks' reverse layup with 46 seconds left put Houston up 87-82.

Jefferson scored inside and Brooks and Landry missed free throws in the final 10 seconds, allowing Minnesota a chance to tie. Kevin Love threw a perfect inbound pass to Brewer, who heaved a mid-court shot that swished in as the buzzer sounded.

``I was right behind Corey Brewer in front of their bench, and it looked good,'' Hayes said. ``They went nuts.''

The Rockets should've never let it come to that.

The Timberwolves cut the deficit to nine by halftime, then opened the second half with an 11-3 burst. The Rockets missed nine of their first 10 shots after the break, including all four from 3-point range.

Houston then scored on five consecutive possessions, capped by Battier's 3-pointer with 3:11 left in the quarter to push the lead back to 10.

But the Rockets missed their first six shots of the fourth quarter as Minnesota crept closer. Jefferson's hook shot with 8:43 left cut Houston's lead to 69-68 before Brooks hit a 3-pointer.

A few minutes later, Damien Wilkins sank a 3-pointer and Jefferson flipped in a short jumper to give Minnesota a 78-77 lead. Hayes scored in the lane and Brooks swished another 3-pointer with 3:51 remaining to put the Rockets back in front.

NOTES: The Rockets improved to 3-0 in triple-overtime games. It was their first since a 123-121 win over Atlanta on Feb. 22, 2004. ... Timberwolves C Ryan Hollins missed his fifth straight game with an upper respiratory infection. ... Minnesota's first-quarter point total matched a season low for a Houston opponent in any quarter this season. 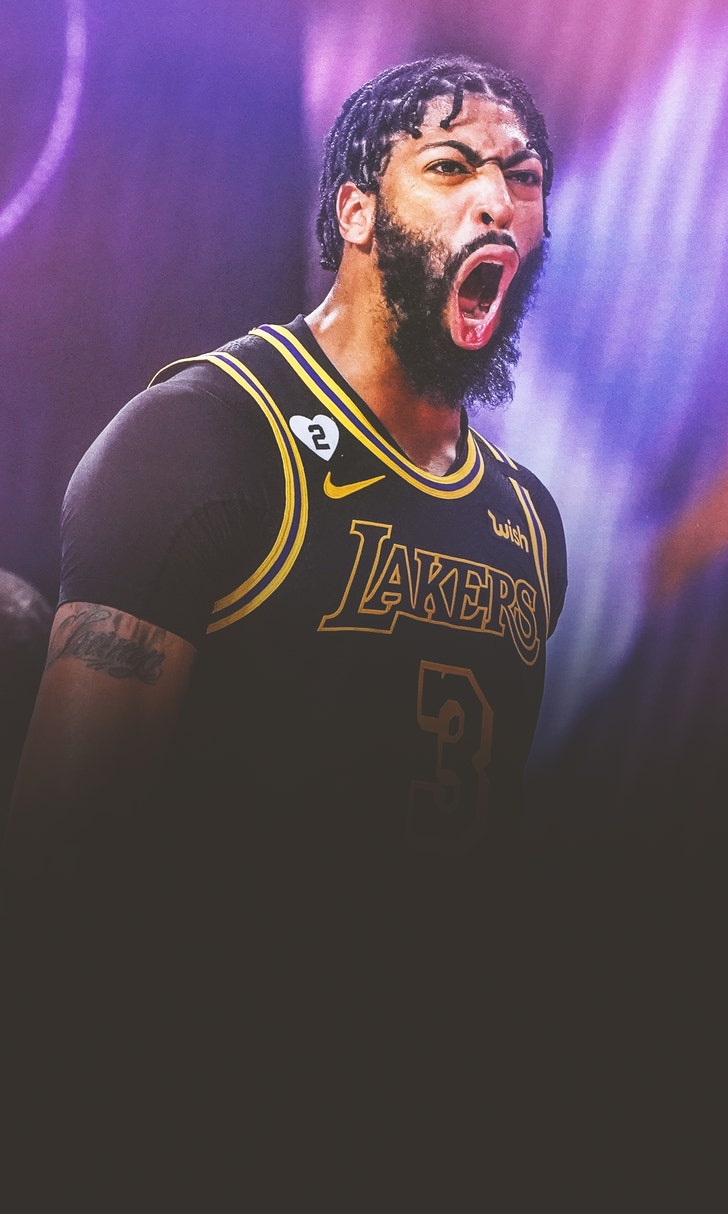 Lakers Lock-In Anthony Davis
The Lakers made another big splash on Thursday, inking Anthony Davis to a huge extension a day after extending LeBron James.
22 mins ago 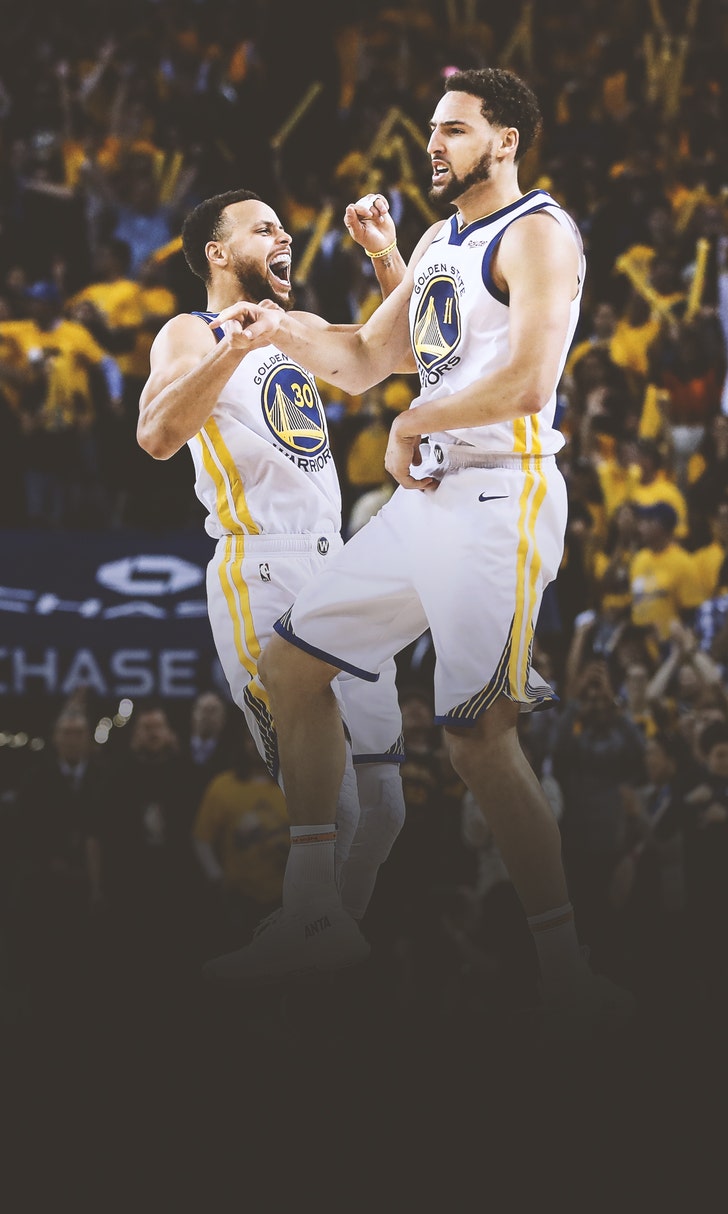 Russ, Wall Swapped in Blockbuster Trade
For the second time in less than two years, Russell Westbrook has been traded for another superstar point guard talent.
12 hours ago

Another One
LeBron James isn't shying away from talks of a repeat. But could an infusion of youth backfire for the Lakers?
21 hours ago

Lakers Extend LeBron Through 2023
The wins keep rolling for LA, as the Lakers signed LeBron James to a two-year extension on Wednesday, Melissa Rohlin reports.
21 hours ago
those were the latest stories
Want to see more?
View All Stories
Fox Sports™ and © 2020 Fox Media LLC and Fox Sports Interactive Media, LLC. All rights reserved. Use of this website (including any and all parts and components) constitutes your acceptance of these Terms of Use and Updated Privacy Policy. Advertising Choices. Do Not Sell my Personal Info