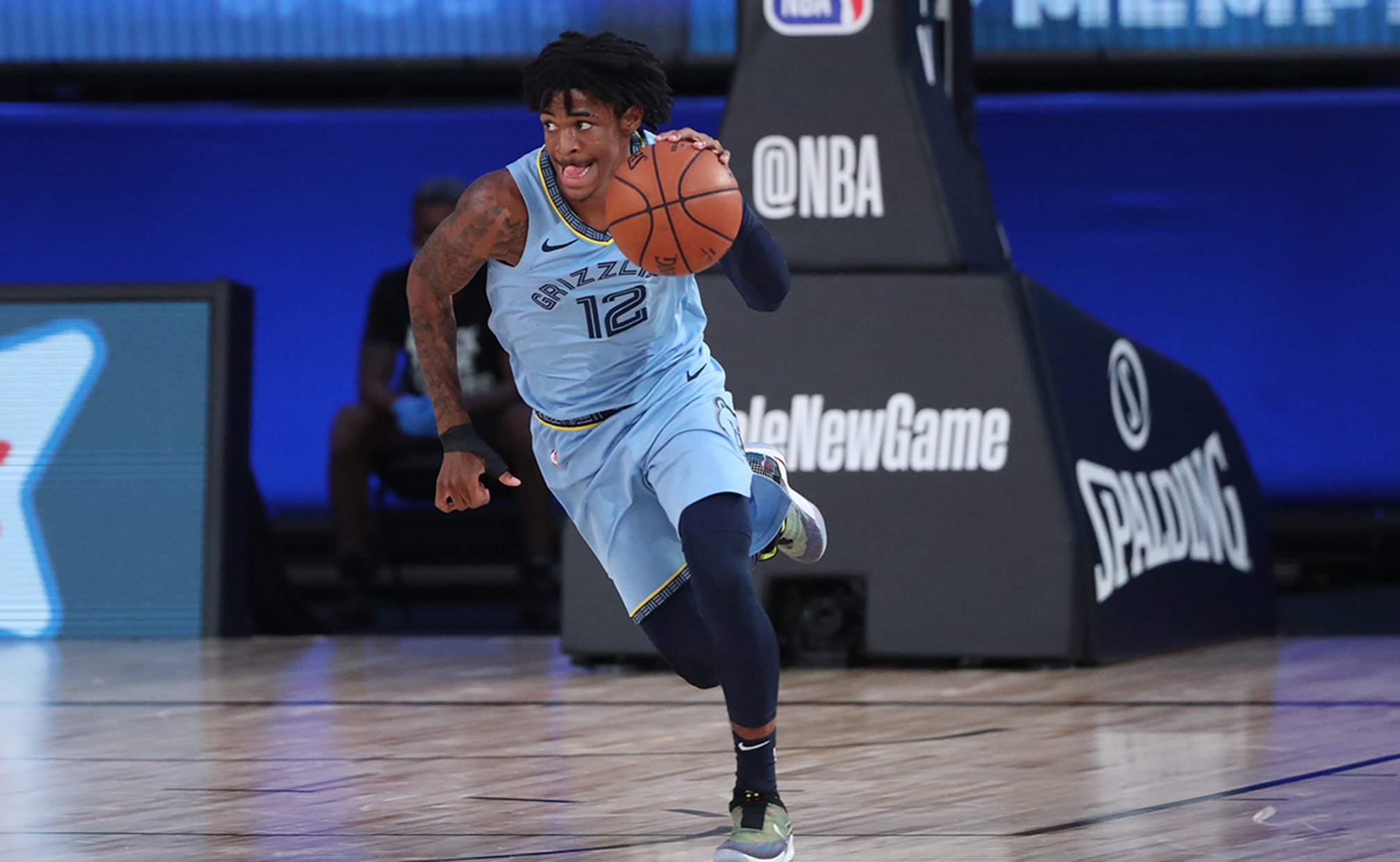 There was a 7-game NBA slate on Thursday, with four of those games having major implications on the Western Conference playoff picture.

But now, the field is finally set.

Here are the Top 6 things you need to know from Thursday in the NBA.

1. Grit and grind it out

The Memphis Grizzlies entered the Orlando bubble as the 8-seed in the Western Conference playoffs.

While the road to the play-in round wasn't the prettiest, with the Grizzlies going 2-6 in the seeding games, they will get a chance to compete for a playoff spot after defeating the Milwaukee Bucks, 119-106.

The Grizzlies got huge performances from both Ja Morant and Jonas Valanciunas. Each recorded triple-doubles to help push the Grizzlies across the finish line and into the play-in round.

The Suns arrived in Orlando as an afterthought, with little outside expectations to make a serious run at the postseason.

But after eight seeding games, the Suns hold the title of the only team in Orlando to run the table.

Phoenix dominated the Dallas Mavericks, 128-102, to finish 8-0 in the bubble. But the Suns' Cinderella story will end prior to the playoffs, after the Portland Trail Blazers defeated the Brooklyn Nets late Thursday night.

The Portland Trail Blazers controlled their own destiny heading into their game against the Brooklyn Nets, and they needed every second to pull out a 134-133 victory.

Damian Lillard scored 42 points – his third consecutive game of at least 40 points – to help secure the 8th seed for Portland and earn a spot in the play-in round against the Grizzlies.

The two teams will square off on Saturday. If Portland wins, they move on to face the Los Angeles Lakers in the first round of the Western Conference playoffs. If Memphis wins on Saturday, the two teams will face-off in a winner-takes-the-8th-seed matchup on Sunday.

It is truly the end of an era in San Antonio, with the Spurs' streak of 22 consecutive playoff appearances coming to an end.

The Spurs not only need to win today, but needed losses from two of three teams between Portland, Phoenix and Memphis.

When both Memphis and Phoenix won early in the day, the Spurs' fate was sealed before they officially tipped off against the Utah Jazz.

While the Brooklyn Nets might have fallen short against the Trail Blazers, shooting guard Caris Levert announced his arrival as one of the league's brightest young stars during the seeding games.

Levert finished with 37 points and 9 assists against the Blazers, and averaged 25.0 points per game in eight games.

His performance helped secure the 7th seed for the Nets in the Eastern Conference playoffs, where they will take on the defending champion Toronto Raptors in the first round.

The last question left to answer from seeding play is who will be the bubble MVP? Most of the conversation seems to revolve around Devin Booker or Damian Lillard.

Booker averaged 30.5 points in eight seeding games, while guiding the Suns to an undefeated record.

He also scored 30 or more points in five contests.

But Lillard has been a man possessed.

He's averaged 37.6 points so far in the bubble and carried Portland into the play-in round against Memphis.