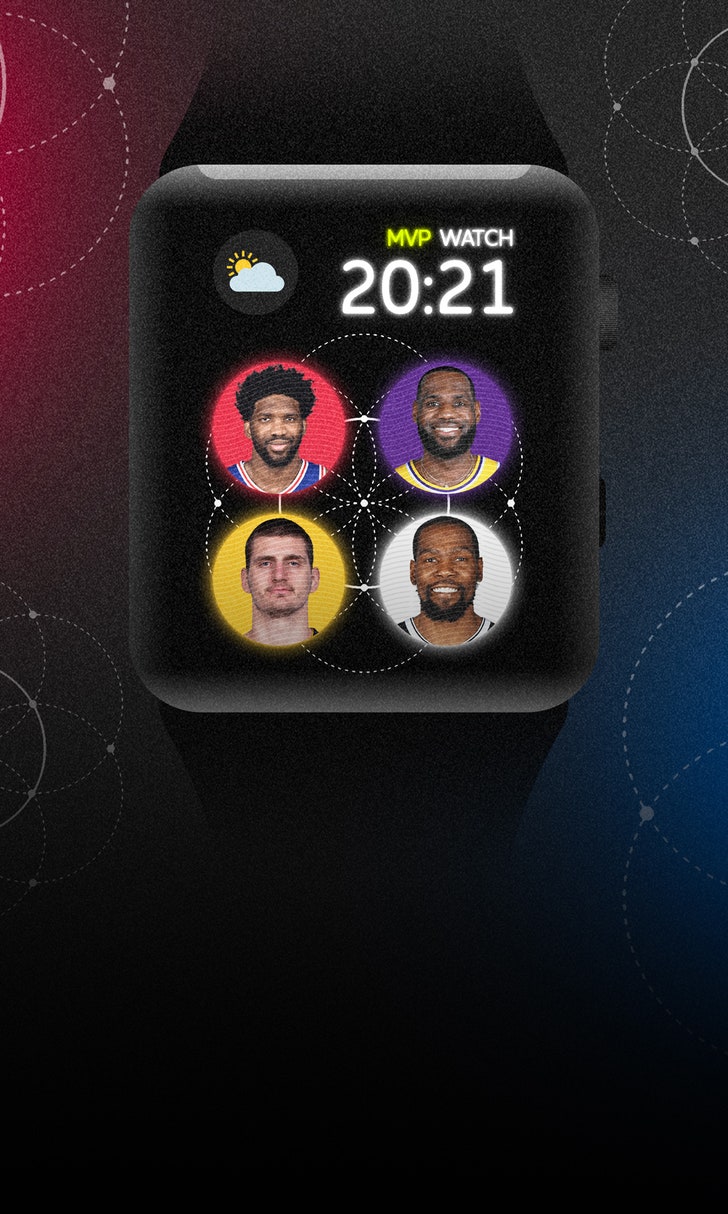 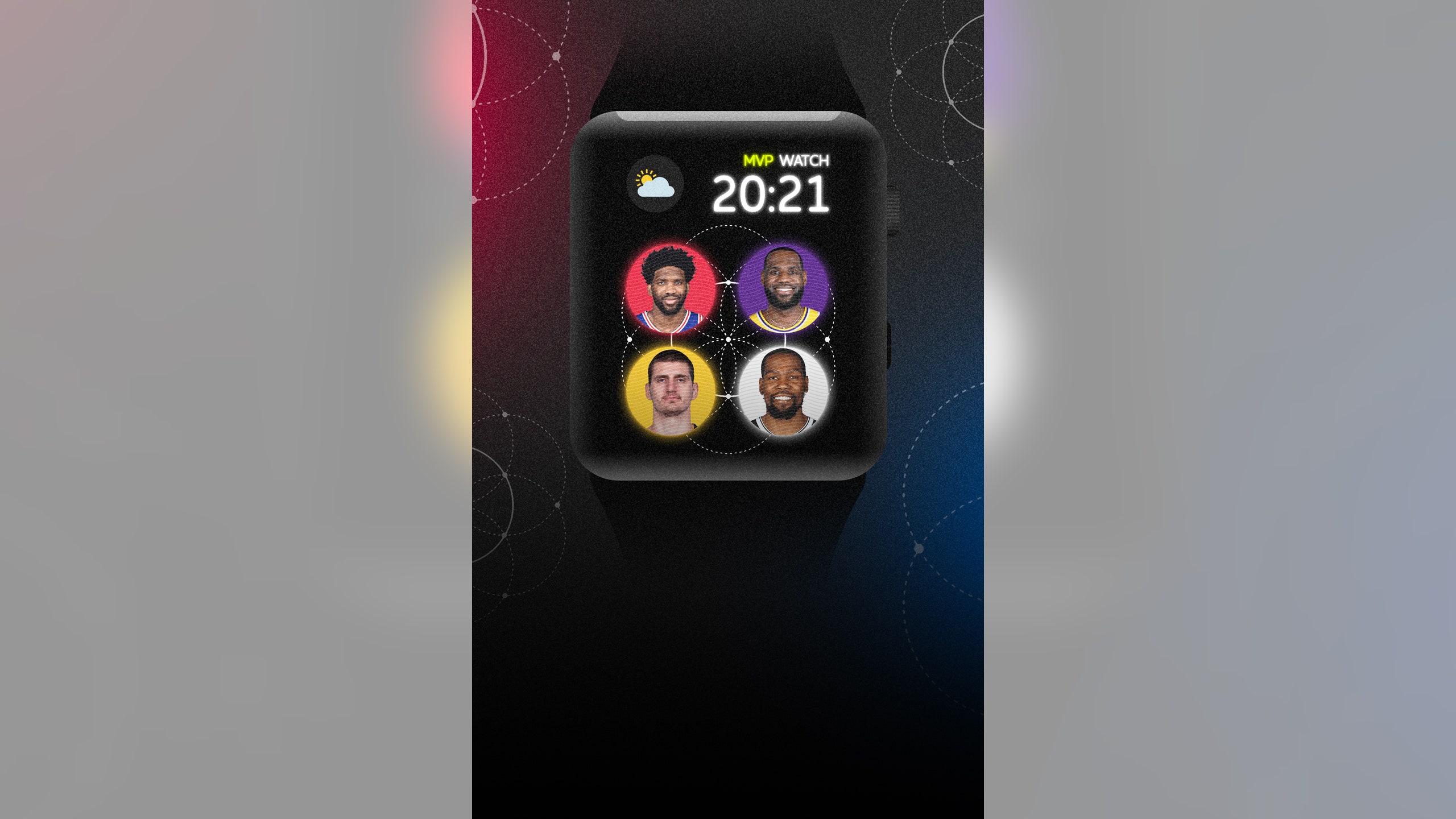 The NBA season is coming up on the two-month mark, and the league's superstars are starting to hit their strides as the race for the MVP award begins to percolate.

With that, it's time for the first "NBA MVP Watch" of the season.

Giannis Antetokounmpo has taken home the award the past two seasons, and the Milwaukee Bucks' alpha dog would find himself in Hall of Fame company if he can make it a three-peat. Only Bill Russell, Wilt Chamberlain and Larry Bird have gone back-to-back-to-back in MVP voting.

The Greek Freak has some ground to make up in the early going, though.

Here are the top five MVP favorites, according to FOX Bet's insights, along with a breakdown of each candidate's stats as of Monday morning, recent play and what's on the horizon. 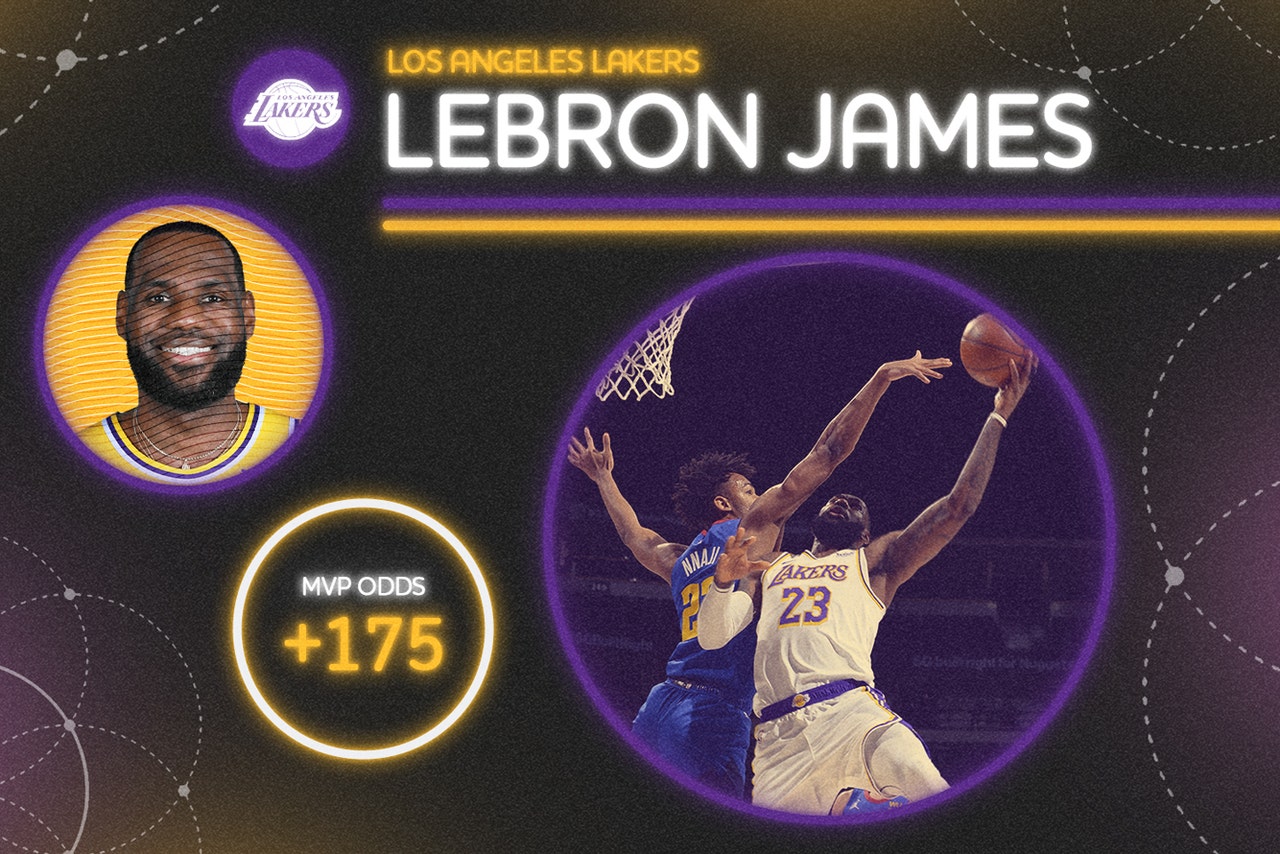 How it's going: In his 18th year in the league, James is pushing to win not only his fifth ring but also his fifth MVP award. He's off to one hell of a start. LeBron has the Los Angeles Lakers sitting in second place in the Western Conference, at 21-7, and he leads the team in both points (25.5) and assists (8.0) per game. He also leads the team in minutes per game (34.6), a trend that some view as a concern for the 36-year-old.

What's up next: The Lakers had their seven-game winning streak snapped with Sunday's 122-105 loss to the Nuggets. They'll look to bounce back Tuesday in an away game against the lowly Minnesota Timberwolves before returning home Thursday to host the Brooklyn Nets. The Lakers will likely have to do so without Anthony Davis, who suffered an Achilles injury Sunday. If AD is on the shelf, James might have to play more minutes than he already is.

What people are saying: "[LeBron is] 36 years old. He's playing heavy minutes, especially recently. ... I don't know if LeBron should be playing any back-to-backs. His minutes should come down." ⁠– Jason McIntyre, "First Things First" 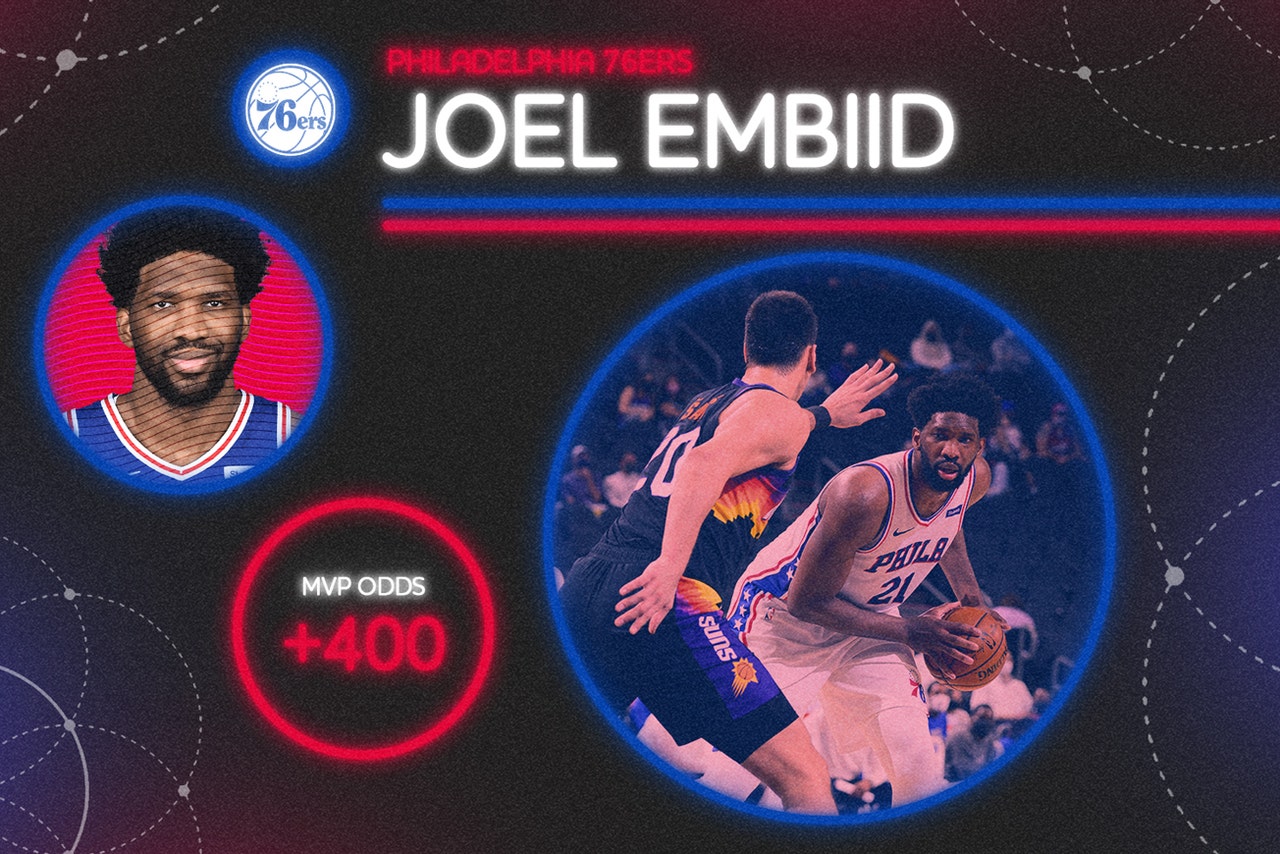 How it's going: Embiid has the Philadelphia 76ers off to an 18-9 start, best in the East. The 26-year-old big man is putting up a career-high 29.6 points per game on 54.3% shooting from the field and 40% on 3-pointers. Embiid leads the league with a 31.1 player efficiency rating and has scored 33 or more points in six of his past seven games.

What's up next: Philly wraps up a four-game road trip with a visit Monday to the NBA's current top dog, the Utah Jazz, who are leading the league with a 22-5 record. Embiid is listed as questionable because of a back ailment for that contest between conference leaders. Then the Sixers host the Houston Rockets and Chicago Bulls on Wednesday and Friday, respectively.

What people are saying: "If he keeps this up, he will undoubtedly surpass Patrick Ewing as the game’s greatest jump-shooting 'true center.' Embiid is neck-and-neck with LeBron James right now for league MVP." ⁠– FOX Sports NBA analyst Chris Broussard 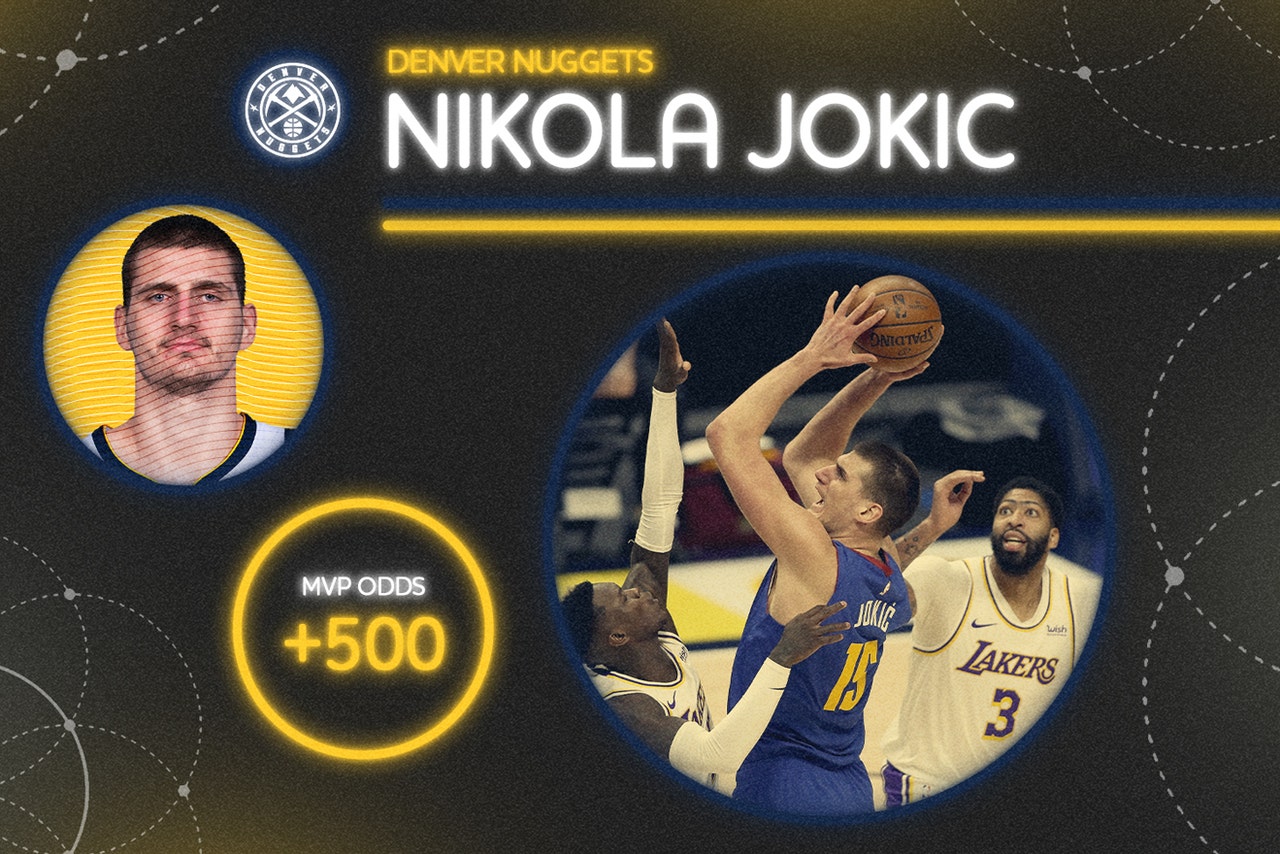 How it's going: Jokic has taken his game to another level this season, averaging 26.5 points, 11.5 rebounds and 8.7 assists so far for the 15-11 Denver Nuggets. The big man recorded his sixth triple-double of the season Sunday in a statement win against the Lakers that saw Jokic register 23 points, 16 boards and 10 dimes. On their current three-game winning streak, the Nuggets are beating opponents by an average of 19 points.

What's up next: The Nuggets embark on a four-game road trip out East, starting with a game against the Boston Celtics on Tuesday and one against the Washington Wizards the following evening. On Friday, the Nuggets take on the Charlotte Hornets before wrapping up the trip with a Sunday night clash against the Atlanta Hawks.

What people are saying: "More impressive than the 50 points ... was his approach, his mindset, his leadership. He knew we were undermanned." ⁠– Nuggets head coach Michael Malone after Jokic's 50-point game on Feb. 6 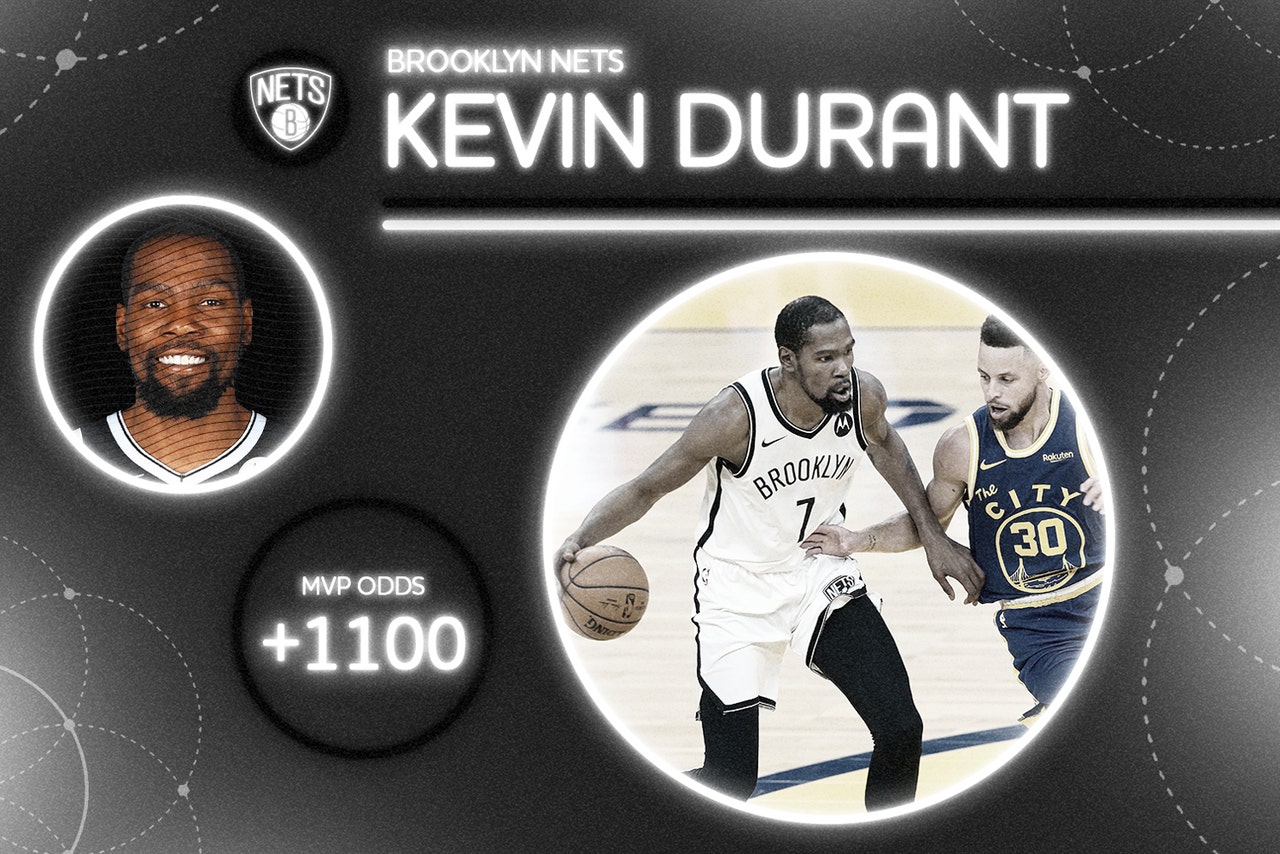 How it's going: Following a three-game absence, KD returned to the Nets' lineup for a 134-117 win against his former team, the Golden State Warriors. It was a warm homecoming for the 32-year-old, who dropped 20 points in 33 minutes. In his first season back from an Achilles injury, the Nets' forward is scoring 29.0 points per game, the most he has averaged since he led the league with 32.0 in 2013-14. Unfortunately, Durant is now back on the mend because of a hamstring injury.

What's up next: The win against Golden State kicked off a lengthy West Coast road trip for Brooklyn. The Nets visit a pair of plucky playoff hopefuls in the Sacramento Kings on Monday and Phoenix Suns on Tuesday before a blockbuster matchup against the Lakers on Thursday. Then the LA Clippers await for a Sunday night showdown. We'll see if KD gets healthy enough to feature in either of the latter two matchups.

What people are saying: "Whereas you would see him before, and everything was kind of attack, attack, attack, it’s not that anymore. And so it’s — you can definitely see, tell, feel, hear the difference." ⁠– Warriors forward Draymond Green via Sam Hustis 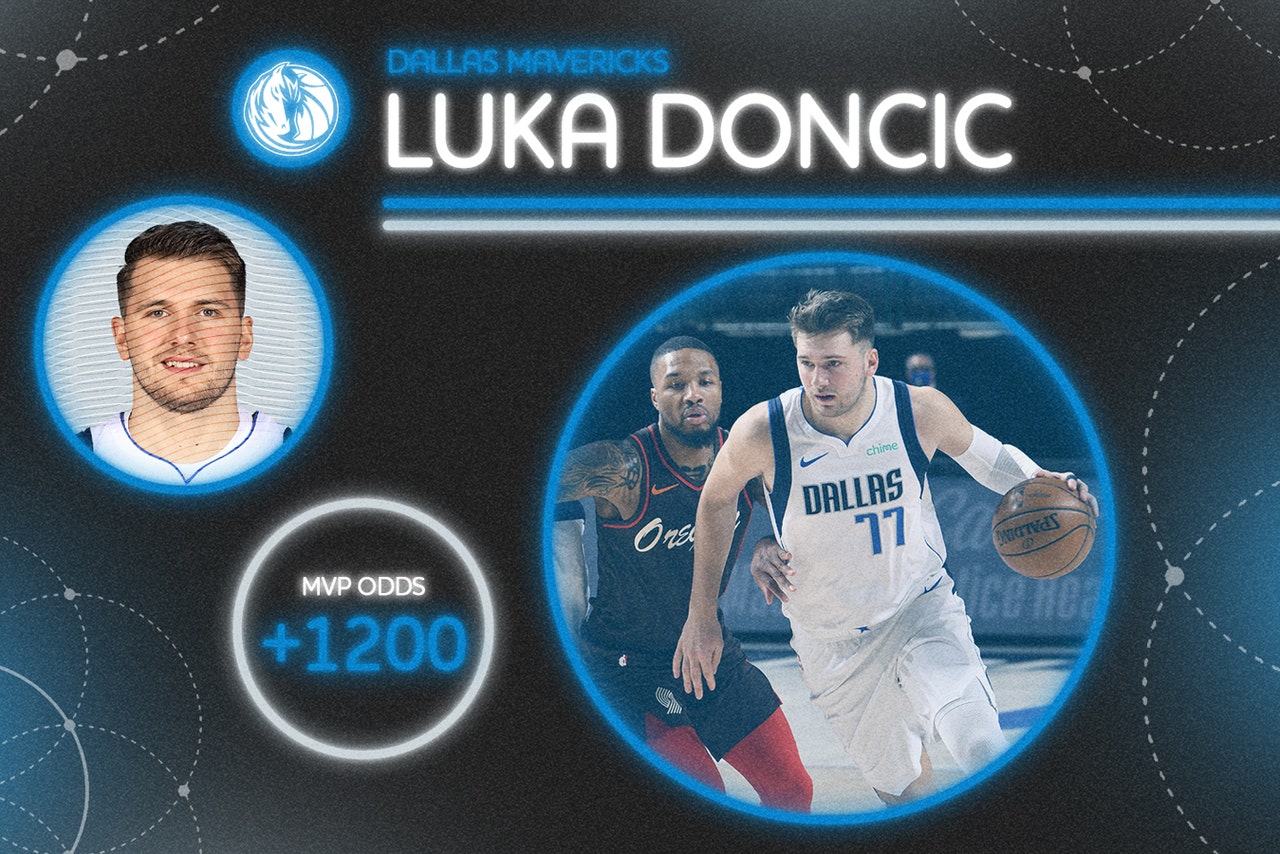 How it's going: After a slow start to the season, the 13-15 Dallas Mavericks have won five of their past eight games, thanks in large part to the play of Doncic. The third-year guard is averaging 33.1 points per game in that stretch, along with 9.4 assists and 8.6 rebounds. He posted back-to-back 40-plus-point games ⁠– including a career-high 46-pointer ⁠– over the weekend, though the Mavs did fall against the Portland Trail Blazers. In that contest, Doncic missed a would-be game-tying 3-pointer as time expired.

What's up next: Doncic & Co. wrap up a seven-game homestand with a tilt against the Detroit Pistons on Wednesday before a Friday trip to play the Rockets. The Mavs have played their instate rivals twice already this season, winning in Houston and taking an L at home. Doncic averaged 29.5 points in those two contests.

What people are saying: "If you think you’re just going to bully and rattle him, it actually builds more of his strength, his confidence, his dominance." ⁠– Hawks head coach Lloyd Pierce via SI.com 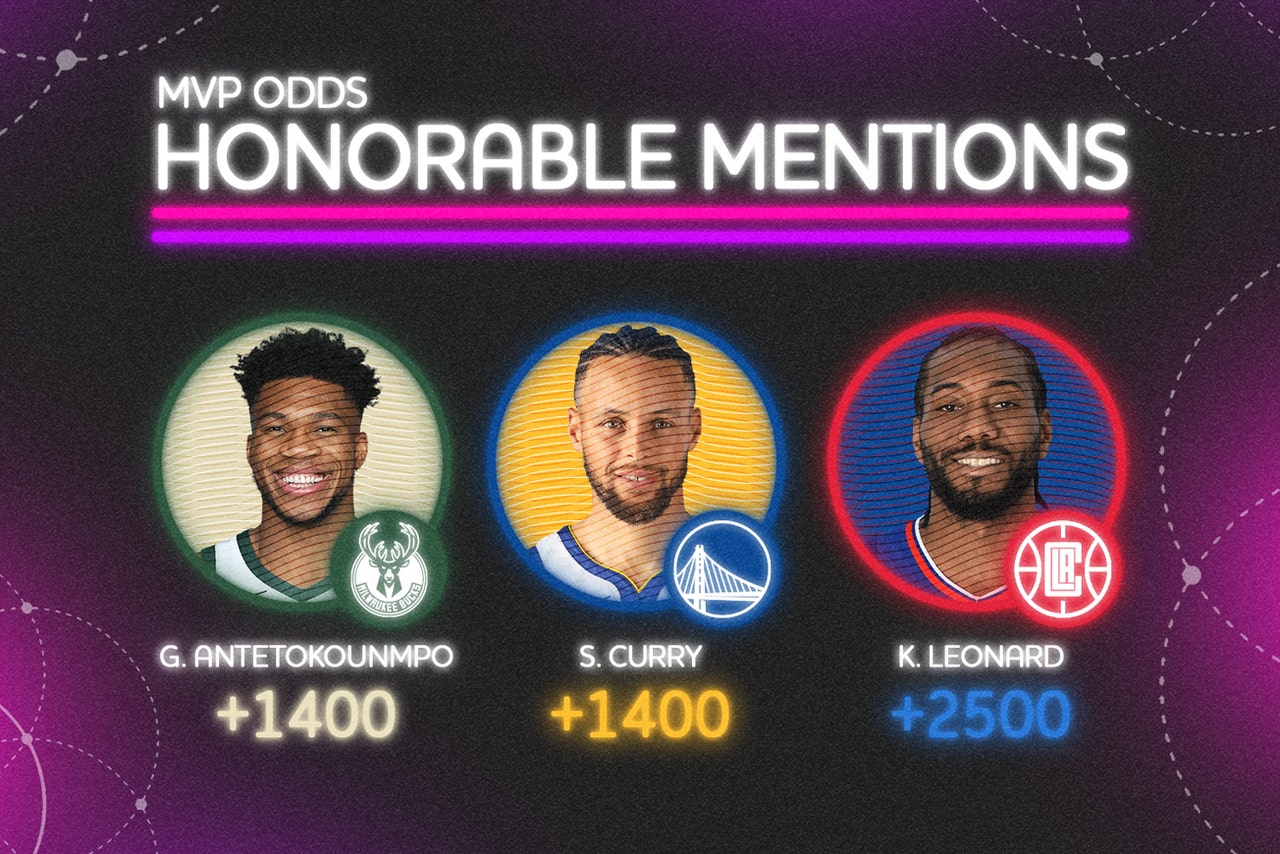