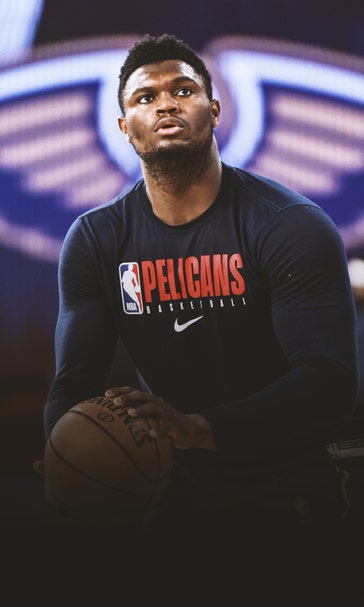 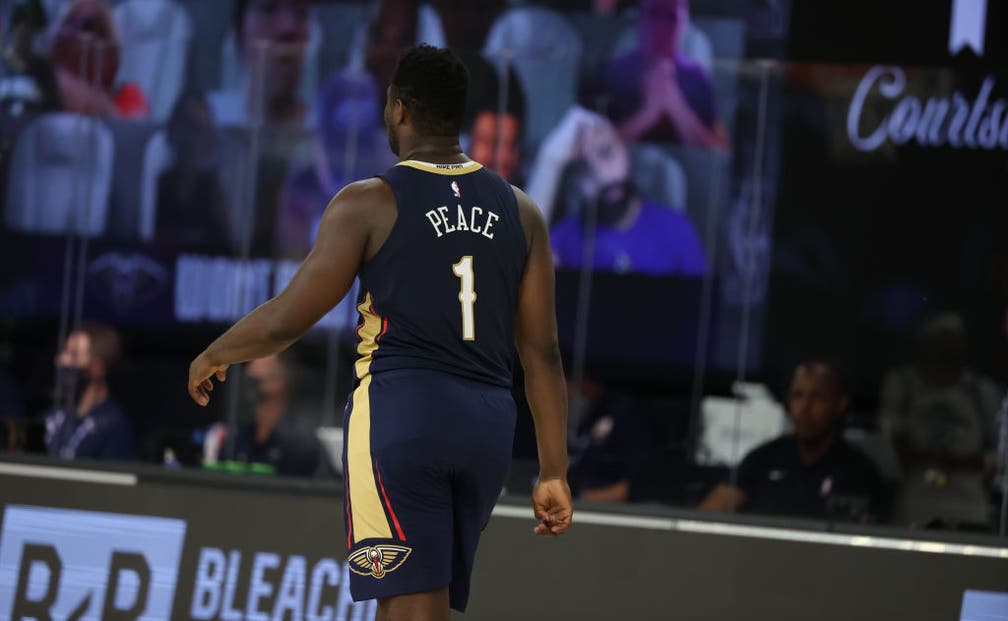 Much Ado About Zion

In the NBA bubble opener on Thursday, the Utah Jazz defeated the New Orleans Pelicans 106-104 in a game that came down to two made free throws from Jazz All-Star Rudy Gobert in the final seconds.

But all the talk after the game was about the Pelicans rookie sensation who wasn't on the floor at all down the stretch for New Orleans.

After missing the first 44 games of the regular season while recovering from a torn meniscus, Williamson's NBA career began on Jan. 22, when he played 18 minutes against the San Antonio Spurs and scored 22 points.

Since his debut, Williamson has played in 19 games. In 11 of them, he's played over 30 minutes.

On Thursday however, Zion logged a mere 15 minutes against the Jazz, the lowest time on the court so far in his young NBA career. He scored 13 points on 6-for-8 shooting.

"We wish we could have played him down the stretch. We had used the minutes that were given to us. That's the way it is."

New Orleans has eight regular season games to earn its way into the Western Conference playoffs and now sit four games behind the 8-seed Memphis Grizzlies with seven games to go.

With their loss last night – a game in which New Orleans led by as many as 16 in the second quarter, 11 in the third quarter, and 8 in the fourth quarter – some believe the Pelicans squandered an opportunity to begin closing the gap between themselves and Memphis, including Colin Cowherd:

Former NBA center Kendrick Perkins fell in line with Cowherd's assessment of the Pelicans' strategy of protecting Williamson, but he does believe that the Pelicans will eventually loosen the reins:

However, while Skip Bayless agrees that Williamson's presence on the floor would have willed the Pelicans to victory on Thursday, he was left unimpressed with Zion's body after not seeing the rookie phenom on the court for the past four months.

Despite Zion's impressive scoring output in little over a quarter's worth of play, he wasn't able to accomplish much more. Aside from his 13 points, he finished with 0 rebounds, 1 assist and 2 turnovers.

In addition, FS1 NBA analyst Ric Bucher pointed to Zion's defensive struggles as the reason he should have spent as much time on the bench as he did.

"Are we not gonna talk about the fact that Zion's plus/minues was -16? That was the worst on the team. Yes, he is uber-electric when it comes to his offense, but defensively, he's not just mediocre – he's terrible."

The Pelicans will next take the floor against the Los Angeles Clippers on Saturday. LA is favored at -5.

The odds on Zion playing over 15 minutes? NBA fans are officially in 'wait-and-see' mode.

KD Cameos In Drake Video
Kevin Durant, one of the NBA's biggest and brightest stars, is enjoying life outside of the bubble.
14 mins ago

Dodger Stadium To Become Voting Site
LeBron James' 'More Than A Vote' organization is partnering with Dodgers Stadium to help facilitate voting in LA County.
18 hours ago
those were the latest stories
Want to see more?
View All Stories
Fox Sports™ and © 2020 Fox Media LLC and Fox Sports Interactive Media, LLC. All rights reserved. Use of this website (including any and all parts and components) constitutes your acceptance of these Terms of Use and Updated Privacy Policy. Advertising Choices. Do Not Sell my Personal Info