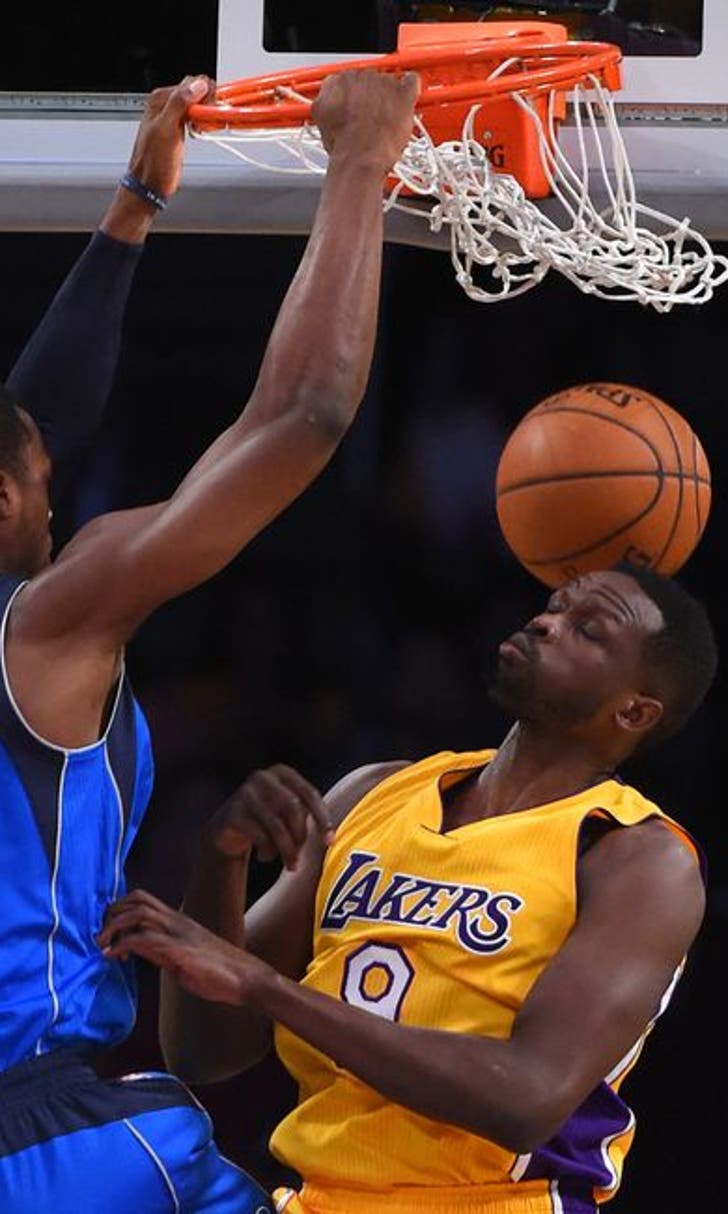 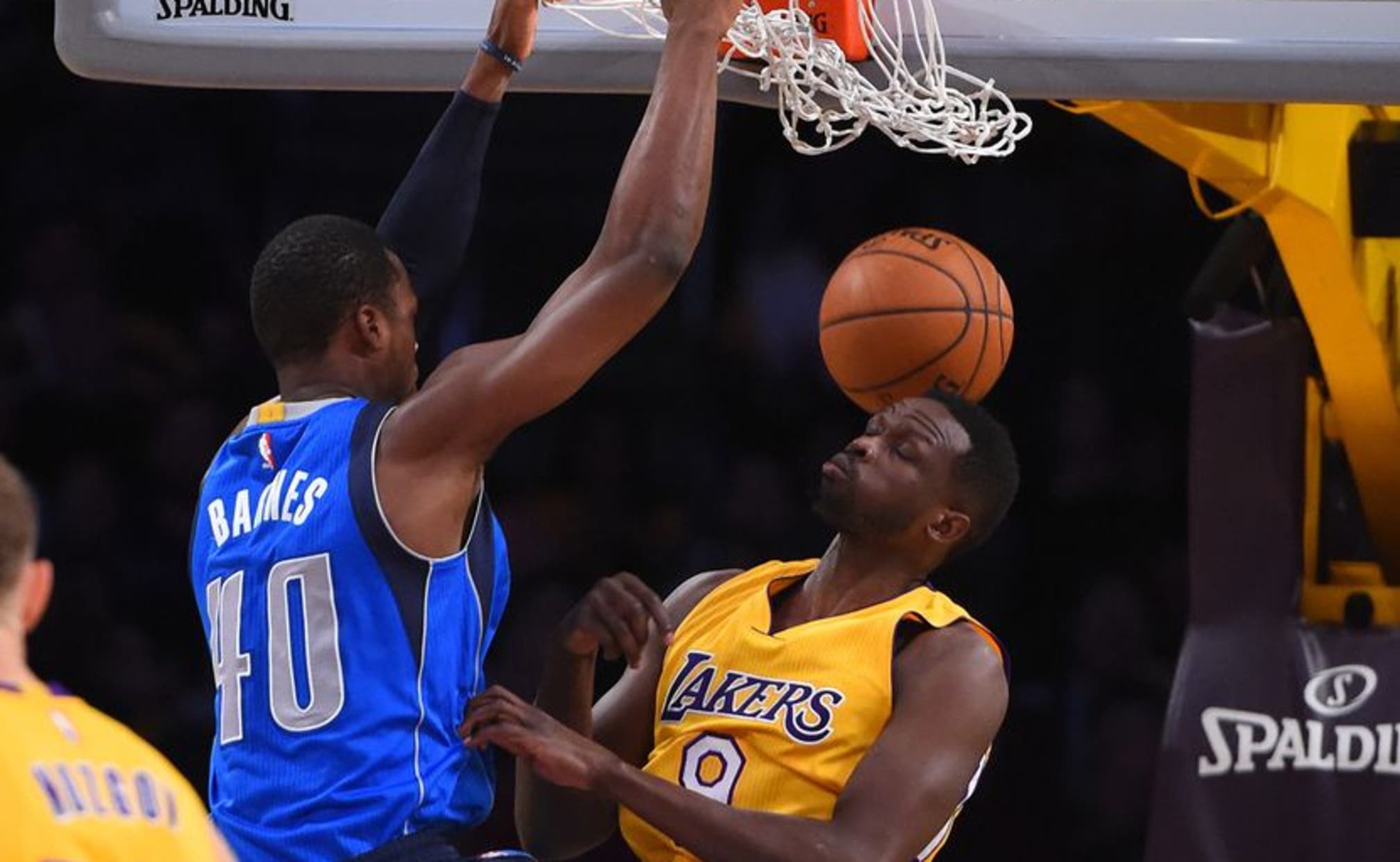 A dreadful second half performance sealed another brutal loss in a month full of them for LA, as the Lakers fell to the Mavs 101-89 at Staples Center on Thursday night.

Well, that was ugly.

If the month of December has been a 14-car (or losses) pileup on the 405 freeway for the Lakers, tonight’s second half performance was the final semi truck crashing into the back of the flaming wreckage.

Despite taking a seven point lead into the break, LA was outclassed on both sides of the court by the Dirk-less Mavs in the second half. After scoring 57 points in the first 24 minutes with a balanced attack from behind the arc and getting to the free throw line, the Lakers couldn’t get out of their own way in the third quarter, making only 5-17 shots and coughing the ball up five times.

It wasn’t much prettier on the defensive end, either, as the Lakers routinely failed to close out on the Mavs at the 3-point line, allowing Dallas to connect on six triples in the quarter. The disparity in effort and execution between the two clubs was glaring — The Mavs were able to get quality looks because their defense forced stops and made it difficult for the Lakers to locate their man as Dallas came down and crisply ran their sets. Wes Matthews lead the attack, scoring 14 of his 20 points in the second half.

As Zach Lowe touched upon in his recent Lil Lakers piece, D’Angelo Russell has to shake his aloofness with the ball if he’s going to make the next step in his career. This was evident in the third when D-Lo had a shot stripped out of bounds on a 3-on-2 fast break, and then followed it up with a bad turnover trying to set up the half-court offense. Luke Walton subbed his starting PG out after the two gaffes with five minutes to go in the period.

The night started off promisingly enough for D’Angelo, though, as he came out and scored or assisted on the Lakers’ first 23 points. It was good to see him come out aggressive following his worst performance of the season on Tuesday night versus the Jazz.

Nick Young had it going early as well, drilling all four of his 3-pointers in the first quarter. But in an ironic twist, it took nearly 18 minutes of game action before he’d even get another shot up. Kudos to Uncle P for not simply jacking up a shot as a heat-check, but even with Dallas doing a nice job sticking to his hip off screens, it’s a product of poor offensive execution to not get Young more attempts when he’s feeling it.

Julius Randle continued his strong play of late, scoring 18 points on only 10 shots, and Jordan Clarkson helped extend the lead in the first half thanks to his ability to navigate into the lane and create easy shots. Oh, and he also had this nice jam:

But again, the fireworks were non-existent after the break, as the Lakers offense was frustratingly stagnant in the final 24 minutes. Once Dallas built their lead to 7-10 points, the ball stopped moving for LA, as the guys started to force shots to get them back in it. One tactical point in particular: The Mavs, well coached as always, smartly dipped under the pick and forced D’Angelo to beat them off the dribble from long range, something he has been unable to make defenses pay for all season.

The Lakers will look to start the new year off on a better foot when they host the Raptors on Sunday night. If you see any of the Toronto guys partying on Saturday night, buy them a drink if you want to help the cause.

'It Pissed Me Off'
When asked about the MVP race at Friday's postgame press conference, LeBron James pulled no punches regarding the results.
3 hours ago

Setting The Tone
Domination. That's the best word to describe the Lakers' Game 1 performance, as they avoided their one Achilles' heel.
14 hours ago

Coach On The Court
Steve Nash is one of the best point guards of all time. And now, he has big plans for Kevin Durant at that same position.
17 hours ago

Can anyone stop 'Jimmy Bubble'?
Jimmy Butler’s ferocity has helped lift the Heat to a new level. Now, they are legitimate contenders, Martin Rogers writes.
21 hours ago