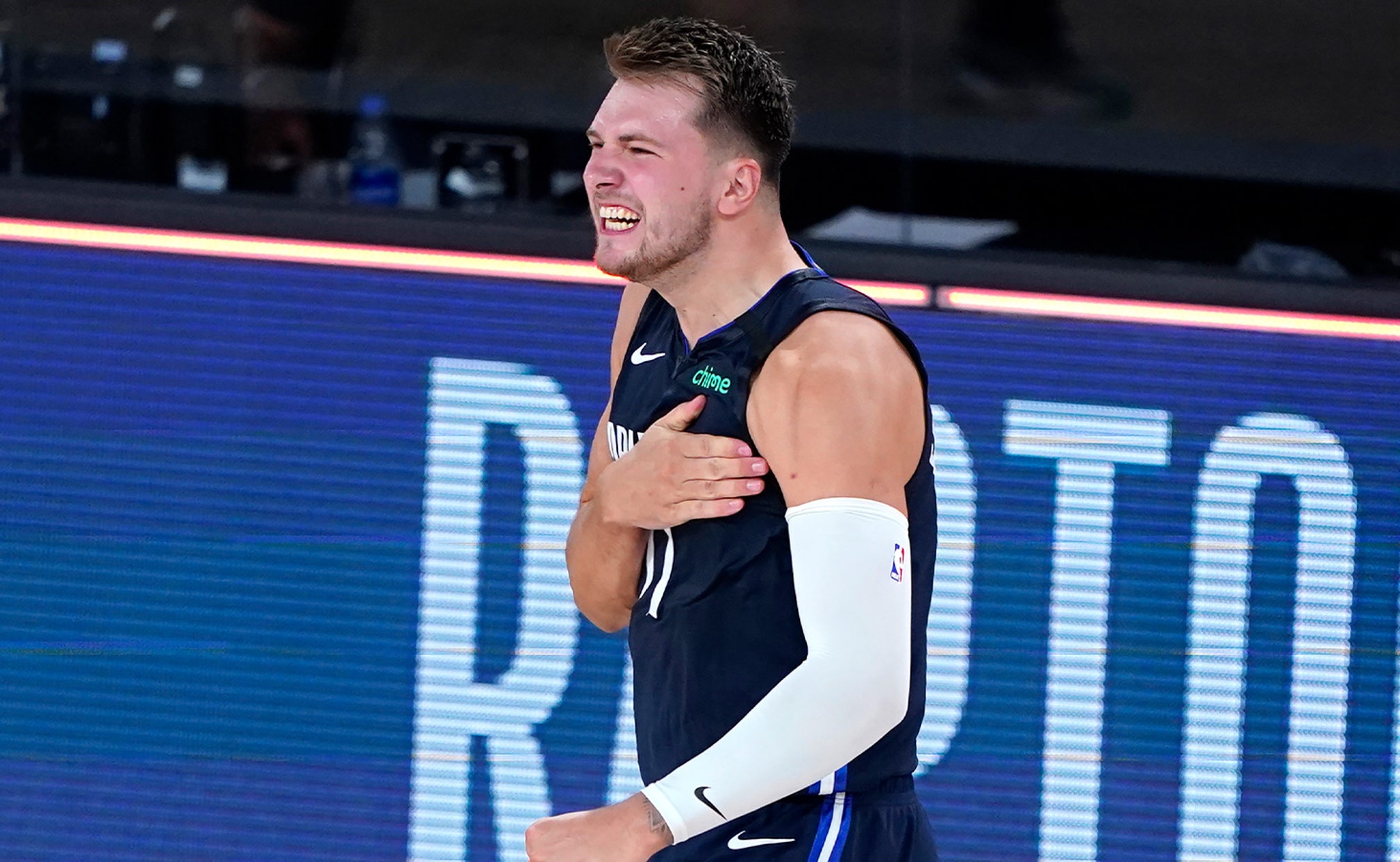 The legend of Luka Doncic continues to grow during the NBA playoffs, on the heels of yet another historic performance from the Dallas Mavericks superstar.

Luka posted 43 points, 17 rebounds and 13 assists, along with a game-winning three in a 133-132 overtime win against the Clippers. Oh, and he did it all while nursing an ankle injury.

Much like he did the Clippers, the 21-year-old Slovenian dominated the discussion following the game and on Monday morning. Nick Wright says Doncic, if he keeps trending upward, is destined for rarefied air.

"It is not hyperbole to talk about Luka's trajectory as one of the greatest players ever."

But Skip Bayless isn't quite sold on the hoopla, calling Doncic's buzzer-beater a "million-to-one shot."

What isn't up for debate is how many eyes are on Doncic during these playoffs. With travel off of the table in the bubble, more players are able to take in the games live and react in the moment.

And while Doncic's star continues to grow with each passing game, his boss thinks everyone should cool it with the comparisons to legends of yesteryear.

With Dallas' first-round playoff series against the Clippers knotted up at two games apiece, Doncic has the Mavs on the cusp of a memorable first-round upset.

As it stands now, FOX Bet still has the Clippers favored to win the series at -333, with the Mavericks at +275.

But nobody tell Doncic. He's brimming with confidence heading into Game 5 on Tuesday.