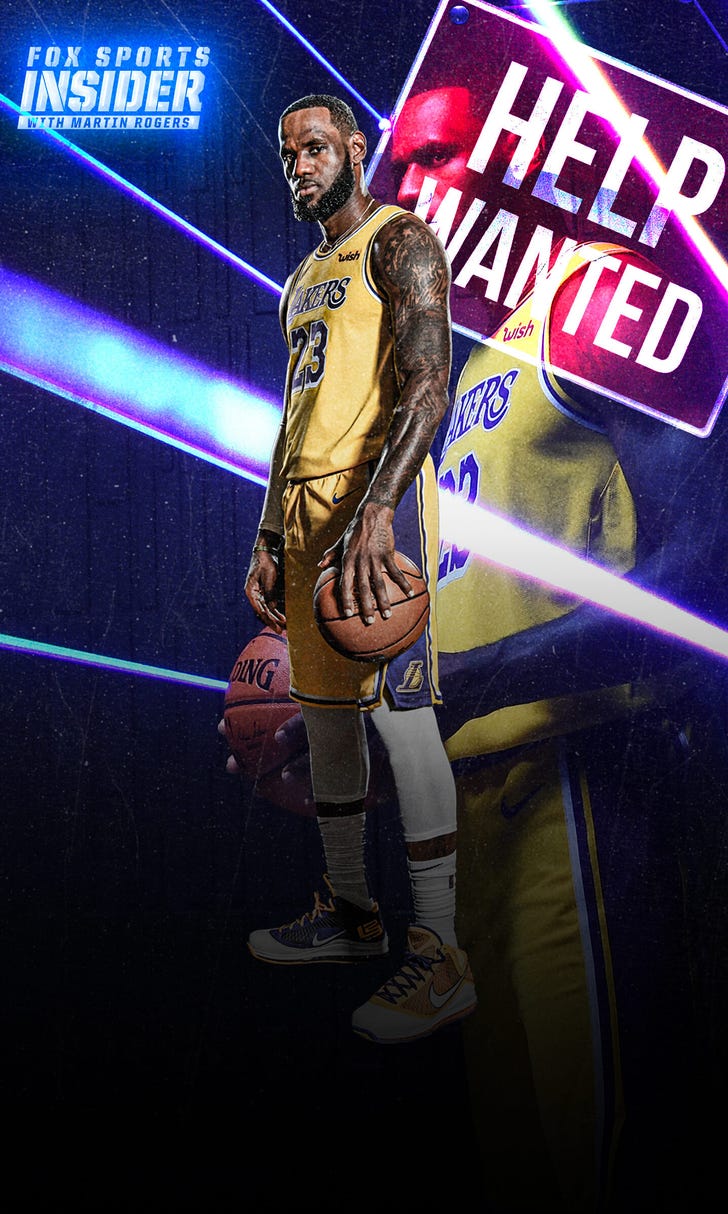 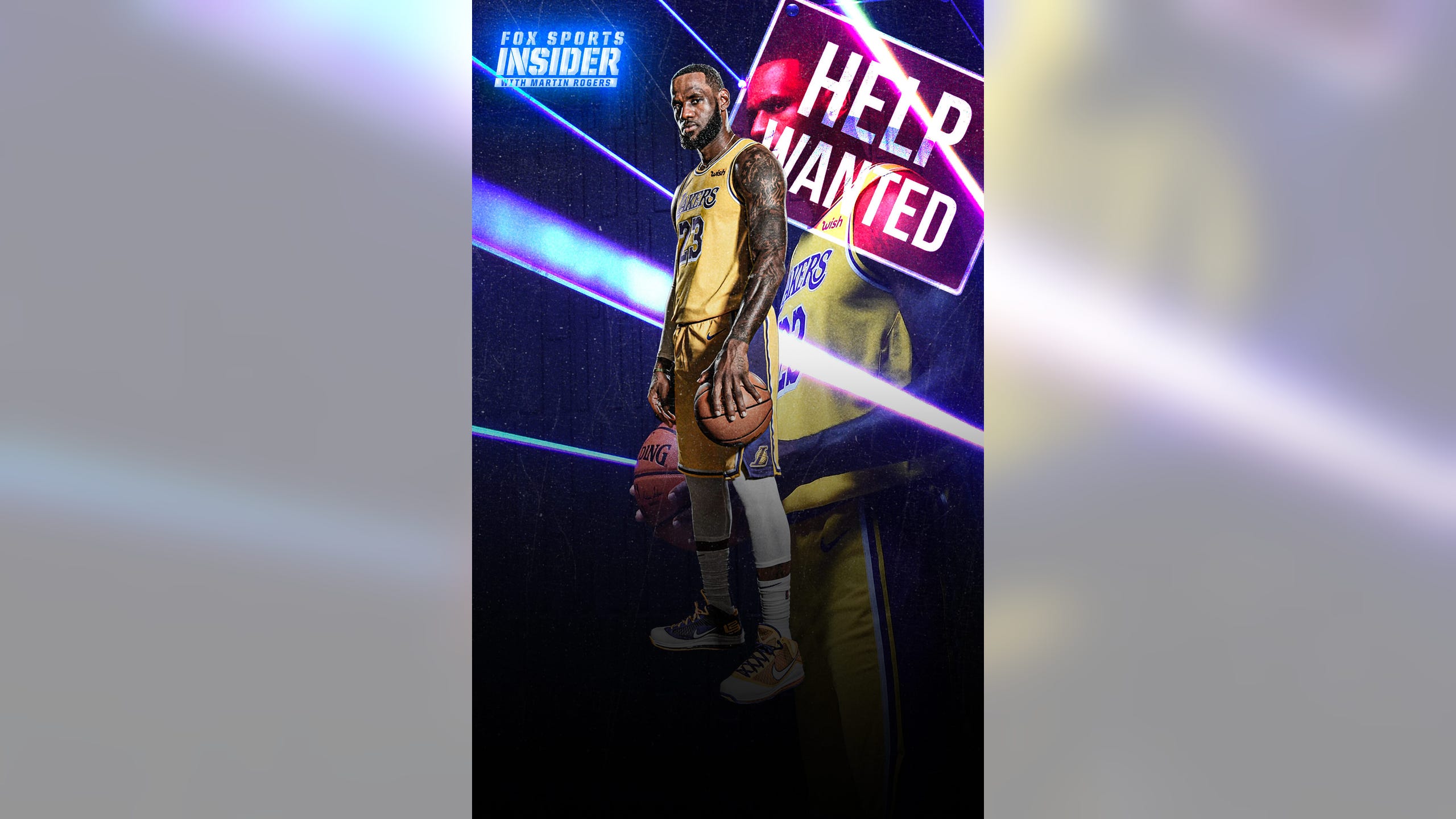 LeBron James is playing every game, trying to dominate every game and – it seems – passing some kind of career milestone in virtually every game.

Common logic suggests that having an all-time great player go on a personal tear just months removed from leading the Los Angeles Lakers to the NBA title, thereby moving himself squarely to the forefront of the MVP discussion, would bode particularly well for the team’s prospects of repeating.

Yet in the wake of Thursday's 109-98 defeat to the Brooklyn Nets, there are some issues and wrinkles to work out in Tinseltown, and there is an increasing mood shift toward one prevailing thought.

James, for all his excellence since the campaign began, needs some rest or some help – and maybe both.

"The Lakers are in a world of trouble right now," three-time NBA All-Star Antoine Walker told "First Things First" on FS1. "If I am the Lakers, I am thinking about adding a piece. You are going to wear LeBron out in this situation if you don’t make some kind of move. This is a big situation. This is about more than four weeks."

Four weeks is the minimum time for which the Lakers are expected to be without Anthony Davis, who is sidelined because of a calf strain and Achilles tendonitis. With Davis out, the expectation is that James will try to do even more to pick up the slack.

While there were preseason suggestions that head coach Frank Vogel might monitor James’ minutes, it hasn’t worked out that way. The 36-year-old has played each of the team’s 30 games following an offseason of only 71 days, thanks to the twin effects of the team's run to the championship and the rescheduling necessitated by COVID-19. Over the past 10 games, James is averaging 37.6 minutes per game, compared to 38.3 in his career.

James was irked when he wasn’t named MVP last year, with the voters opting for Giannis Antetokounmpo for the second straight time. His relentless efforts have made him the overwhelming favorite to win this season (+140 per FOX Bet), but at what cost?

Putting everything out there each night is commendable but is also causing some nervousness among Lakers fans, who are aware that the route to the title might be more complex this time.

The loss to the Nets must be kept in perspective, sure, but the matchup was billed as a potential NBA Finals preview, and that might still turn out to be the case. If that is the eventual outcome, hopefully it won’t look like this, with Kevin Durant missing for Brooklyn because of a hamstring injury and Davis and Dennis Schroder (COVID protocols) absent from the Lakers' lineup.

In truth, it wasn’t much of a battle. The Nets got hot early, the Lakers were incapable of getting their 3-point shooting going, and Brooklyn's lead, whiched ballooned to 25 points, sucked the competitive life out of the evening.

The NBA season is so long that individual games rarely have the weight to match the hype, though James did get a chance to see firsthand how much of a threat the Nets, with Kyrie Irving and James Harden working together alongside Durant, can pose.

"You don't look at too many games during the season where you have a measuring stick, but when you do, you want to be full," James told reporters. "They weren't full as well. You don't know really how to go about that. But you can always find ways to get better."

The Nets were flat-out ridiculed in the early stages of Harden’s switch from Houston, with most of their issues revolving around the team’s defensive limitations. No one is laughing now, as the Nets are 10-1 against teams above .500. By comparison, the Lakers are 4-7 against such rivals.

"News flash for people," FOX Sports NBA analyst Chris Broussard said. "The Nets are winning the East. It could be more. They could win this whole thing. They are unstoppable. They didn’t even have their best player [Thursday], but they were unstoppable."

The worry for the Lakers is a situation in which they fight their way out of the West — past teams such as the regrouped Clippers, the swashbuckling Utah Jazz and the fast-heating Portland Trail Blazers and Phoenix Suns — only to find an opponent they don’t match up well against.

Davis looked somewhat muted before the injury, and this year’s Lakers team doesn’t seem to have the same swagger. There are options — Walker proposed a trade for Blake Griffin to bulk up the paint presence both during Davis’ absence and after his return – and Lakers management will already have both eyes on how to best position the roster for the postseason.

The other part of the discussion centers on how much value the Lakers get from James' being out there every night. The short-term advantage is obvious. Yet with the home-court playoff lift reduced by the restrictions of these times, the incentive to add sporadic nights off must be growing. It is an option that has been resisted until now.

And so, James keeps playing and keeps collecting numbers.

The latest milestone Thursday was his becoming the third player in NBA history to reach 35,000 points, after Karl Malone and Kareem Abdul-Jabbar. James got to the mark more quickly than either of those illustrious predecessors.

There are more stat goals on the way, and at this rate, by the time James is finished, his list of accolades will be overwhelming.

Except, in basketball terms, he isn't getting a lot of it. He’s on a mission, and his foot is on the gas.

It’s powering him to a likely MVP award. Will that come at a greater price to the Lakers’ hopes of repeating? We might not find out until July.

Coming Of Age
Zion Williamson is having a historically dominant season and is turning the Pelicans into must-see viewing, Martin Rogers writes.
30 mins ago