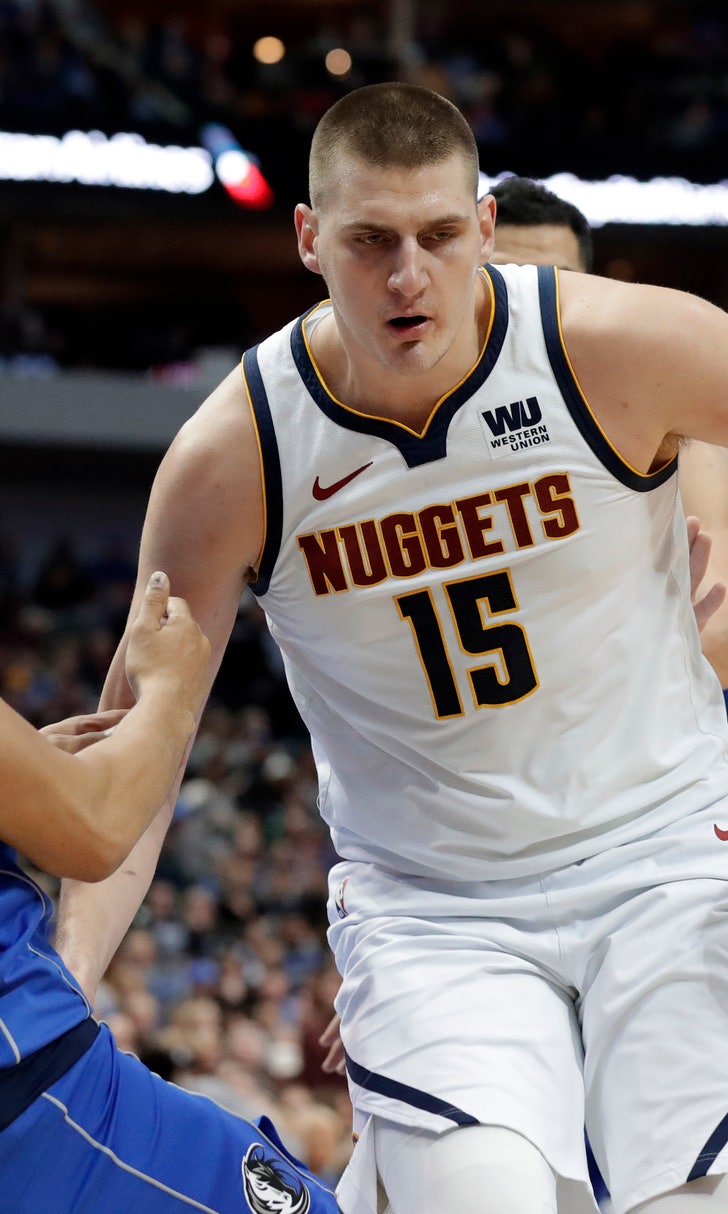 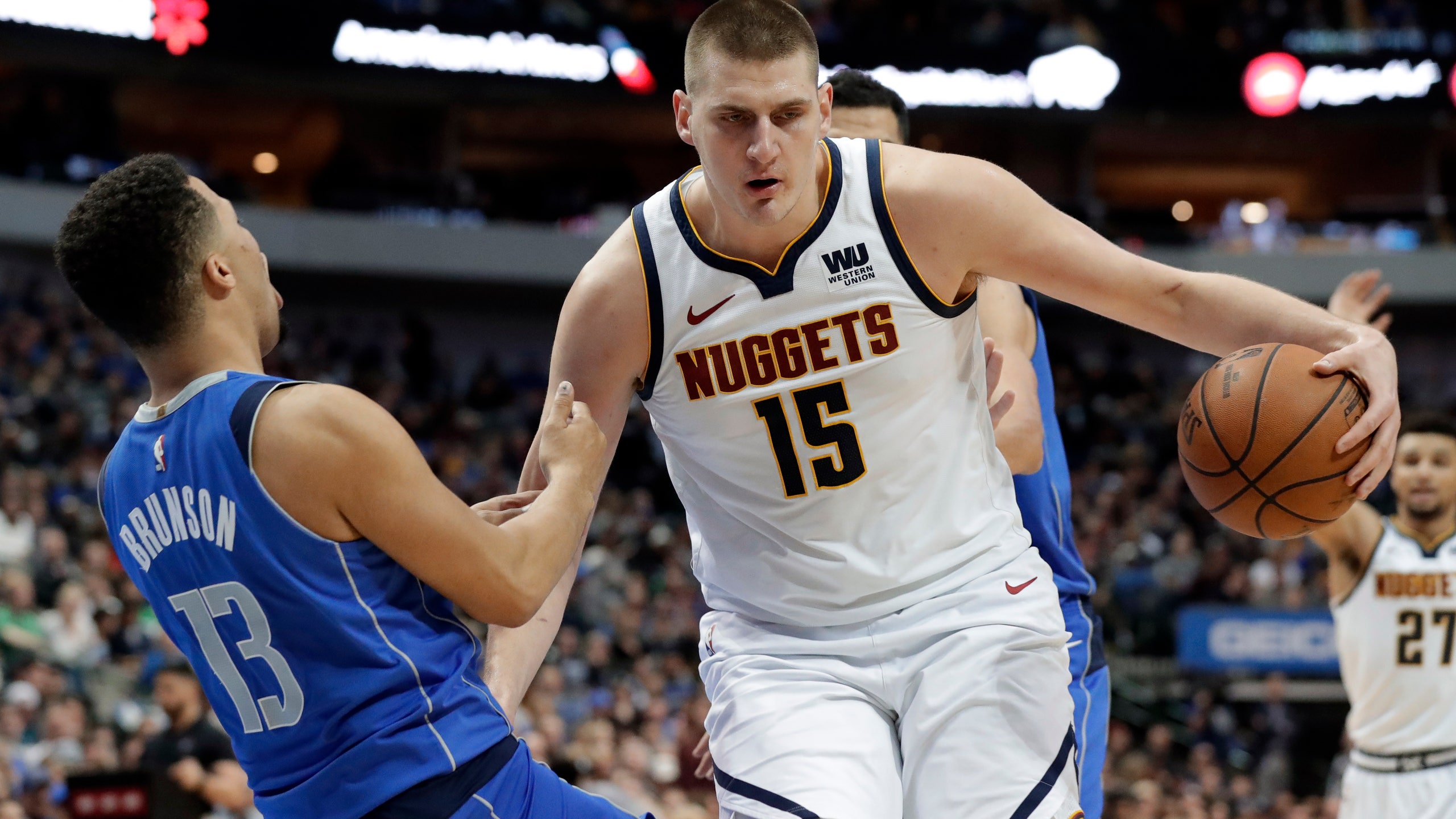 DALLAS (AP) — Nikola Jokic watched a lot of shots go up and come back down in the Denver Nuggets' hands Friday night.

Jokic finished with 19 points and 13 rebounds to lead a deep offensive effort, and the Nuggets broke out in the second half to beat the Dallas Mavericks 114-104.

Denver won the rebound battle 63-42, cruising to its third straight victory. The Mavericks have lost three in a row, this one without star rookie Luka Doncic due to a sore right ankle. He is considered day to day.

Denver outscored Dallas 39-23 in the third quarter to turn a one-point halftime lead into a 91-74 advantage. Paul Millsap had 17 points and 13 rebounds, Mason Plumlee had 12 points and 13 boards, and Isaiah Thomas had 16 points over 16 minutes in his second game since offseason hip surgery. Denver had seven players with at least 10 points.

"We had a deep bench already," Millsap said. "But adding (Thomas) in the mix, I think he makes us even more deep."

The Nuggets also had three players with 13 rebounds each. Dorian Finney-Smith led Dallas with nine.

"Rebounding was the biggest problem all night," Mavericks coach Rick Carlisle said. "They have three phenomenal rebounders with Jokic, Millsap and Plumlee, and they just beat us to death there."

There were plenty of opportunities, too. Neither team shot better than 41 percent.

"We were aggressive," Jokic said. "We were going to the boards because they couldn't make shots."

Jalen Brunson started in Doncic's place and had a career-high 22 points. Dwight Powell had a season-high 20.

"I loved the way (Brunson) started the game," Carlisle said. "He had a rough patch. But I like the way he keeps a steady approach."

Powell gave Dallas a spark after entering midway through the first quarter. He scored eight points and grabbed three rebounds in six minutes. Powell's layup with 3:31 left gave the Mavericks a 21-20 lead. They entered the second quarter up 30-25.

With Jokic in foul trouble, Millsap and Plumlee took over inside in the second quarter, which ended with the Nuggets leading 52-51.

The Nuggets scored the first eight points of the second half, including 3-pointers by Barton and Beasley. Denver led by 20 points in the third quarter and 24 in the fourth.

"They just started playing a little harder," Brunson said. "They turned it up a little bit, and they got a little mojo going, got a run."

Nuggets: Jokic got his 40th double-double of the season. ... G Gary Harris (groin injury) returned after missing seven games, but F Trey Lyles was out after straining his left hamstring in practice Wednesday. ... Denver outrebounded Dallas 17-8 in the third quarter. ... Jokic missed his 13th triple-double of the season by two assists.

By dominating the boards, Denver generated 103 field goal attempts that produced 26 fast-break points and 22 second-chance points. Coach Michael Malone also cited his team's unselfish passing. "When you get 32 assists on 42 field goals only shooting (41) percent from the field, the ball was moving, guys were finding their teammates."

Nuggets: Begin a four-game homestand on Sunday against the Clippers.

Mavericks: Play Utah on Friday in the first of two road games in three nights.