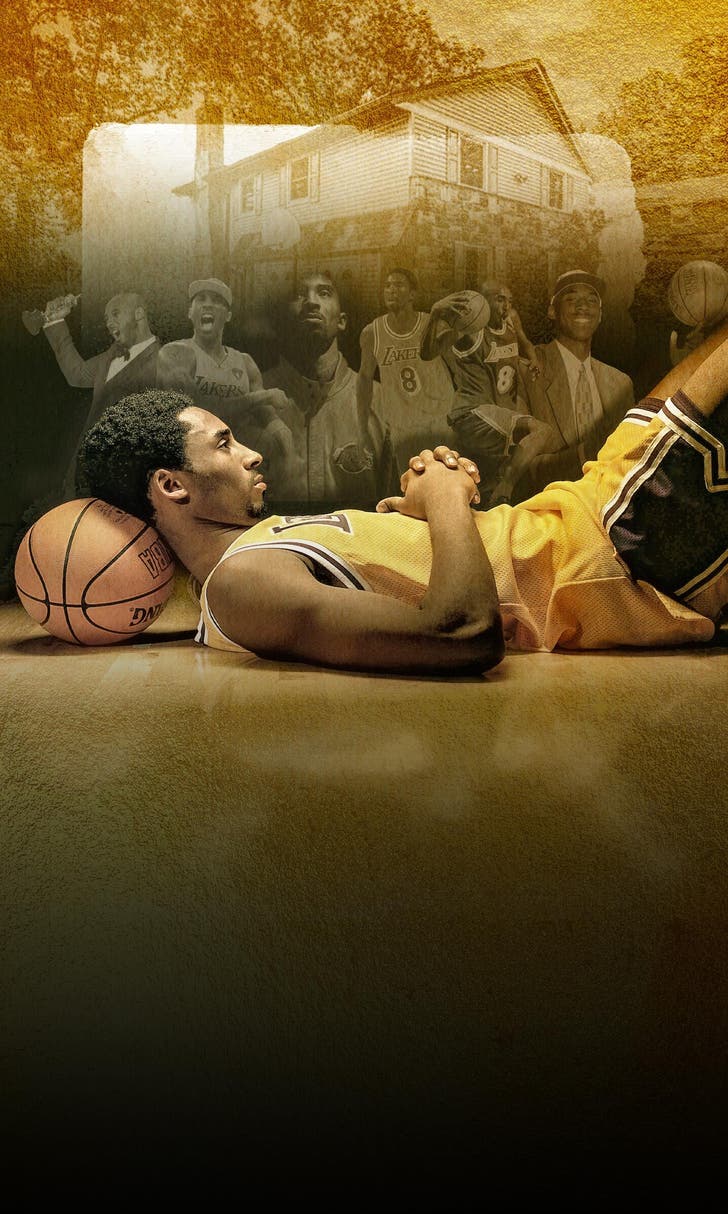 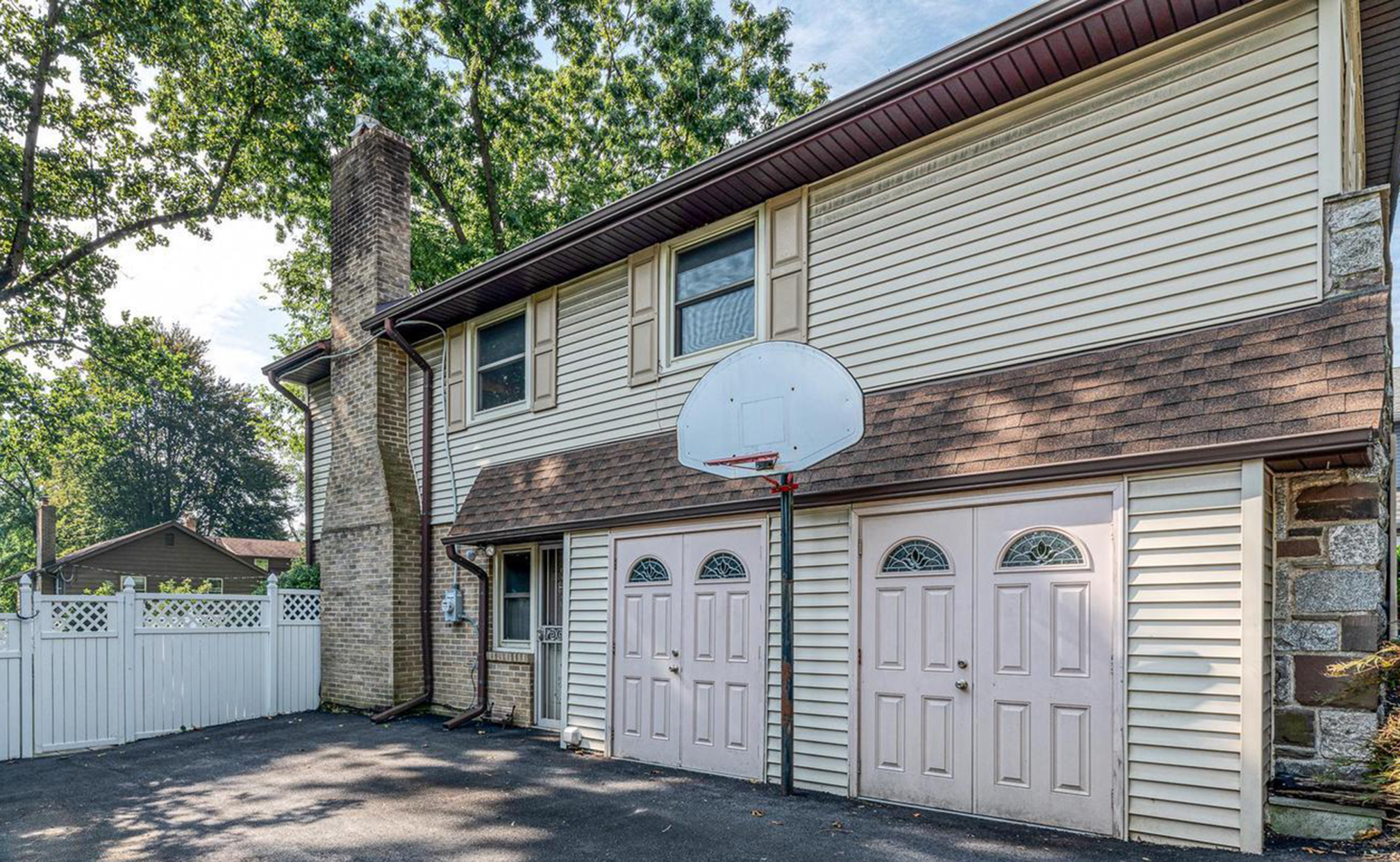 If you say the words “House of Kobe Bryant” many people’s thoughts would immediately turn to the Staples Center, the sporting residence where one of basketball’s all-time greats shined during his glittering, 20-year professional career.

Yet in the quiet community of Wynnewood, in the Philadelphia suburbs, there is an actual House of Kobe, a spacious and tasteful home where the basketball icon spent several of his formative basketball years. And, if you’ve got the money and the interest, you can actually own it for yourself – and acquire one of the most unique collectibles imaginable.

It isn’t in everyone’s price range, coming in at an asking price of $899,900 for a home featuring five bedrooms and four bathrooms across 3,434 square feet. But if you’re a fan of Bryant, who tragically passed away along with his daughter Gianna and seven others in a January helicopter crash, it could be considered hallowed ground.

“The whole house is a piece of memorabilia,” realtor TJ Sokso told me via telephone.

The home’s driveway still features the hoop and backboard where the teenage Bryant would hone his skills for hours upon end. Sokso, who played Pennsylvania high school basketball around the same time, confirmed through contacts and via old friends of Bryant that it was the same equipment that the Hall of Famer used, long before he became one of the game’s greats.

This column is in the sports business, not the real estate sphere. However, now eight months removed from that tragic January day, there aren’t so many reminders of Kobe anymore. Even seeing the property online and imagining a window into the teenage life of a boy who would grow up to be one of the most iconic figures in basketball history, was enough to rekindle fond memories.

“Kobe is a mythical figure now,” author Steve Springer, who covered the Los Angeles Lakers for the L.A. Times during Bryant’s peak years, told me. “Over time he may even surpass Michael Jordan as being this iconic character that is talked about long after they have gone. He would be blown away if he could see how much love there has been for him since he died. He is revered and people are always going to be fascinated by all aspects of his life, partly because it was taken away so suddenly.”

Whoever buys the house will have even more reminders of Bryant, whose parents sold the home in 2008 but had owned it since 1975; three years before Kobe was born. They moved into the property full-time when Joe Bryant’s European basketball career ended and Kobe lived there from his eighth grade year at Bala Cynwyd through the conclusion of his high school career at nearby Lower Merion.

Inside the house, the first bedroom on the left at the top of the stairs is where Bryant slept and dreamed of future success, though probably not daring to believe that he could thrive on the remarkable scale that he did.

On a side table, there are a handful of items left behind by the Bryants years ago – newspaper articles, magazines from Italy, and a basketball from Duke sent when they were trying to turn him into a member of the Blue Devils for a year.

Then, perhaps best of all, is a copy of Sports Illustrated, with a cigar-toting Michael Jordan celebrating the Chicago Bulls' back-to-back championships on the cover – with the issue addressed to none other than Kobe Bryant.

“You can imagine the young Kobe rushing to the mailbox to get his copy,” Sokso added. “That image, which is so familiar to boys of that era, is amazing – then to think that he would go on to similar heights kind of blows you away. That shows why this is a property where dreams literally came true.”

Bryant’s career with the Lakers speaks for itself: five NBA championships, two Olympic gold medals and 18 All-Star appearance. It was a remarkable career and an extraordinary life, one shortened far too soon and a loss which sparked a national outpouring of mourning and was the catalyst for an awe-inspiring memorial service – at the Staples Center.

Yet there was also a special kind of mystique about his high school career, one that saw him lead Lower Merion to a state title as a senior. Bryant even had enough confidence as a 17-year-old to ask recording artist and actress Brandy Norwood to be his prom date, which she accepted. To this day, Lower Merion Bryant jerseys are seen regularly worn at Laker games and in public, sometimes by fans who weren’t even born during that era.

The reality is that people still care about Bryant, how he lived, what he achieved, and what he stood for – and by extension are intrigued by the various places, including 1224 Remington Road, that his incredible journey passed through.

“There is only one Kobe,” Springer added. “There is no one else like him.”

Meet Miami's Unsung Herro
A 20-year-old sharpshooter from Wisconsin took the NBA by storm on Wednesday. Who is he and what's his potential?
5 hours ago

Nuggets Of Wisdom
For almost every team, down 2-1 in the conference finals to LeBron would be a must-win. Not for Denver, Martin Rogers explains.
20 hours ago

Super Herro Makes History
The Heat are on the verge of the Finals thanks to Tyler Herro, who joined Magic Johnson with one record and broke another.
20 hours ago

'I Want to Win Tomorrow'
NASCAR's newest team owner, Michael Jordan, sat down with Bob Pockrass to explain his move into the Cup Series.
1 day ago
those were the latest stories
Want to see more?
View All Stories
Fox Sports™ and © 2020 Fox Media LLC and Fox Sports Interactive Media, LLC. All rights reserved. Use of this website (including any and all parts and components) constitutes your acceptance of these Terms of Use and Updated Privacy Policy. Advertising Choices. Do Not Sell my Personal Info