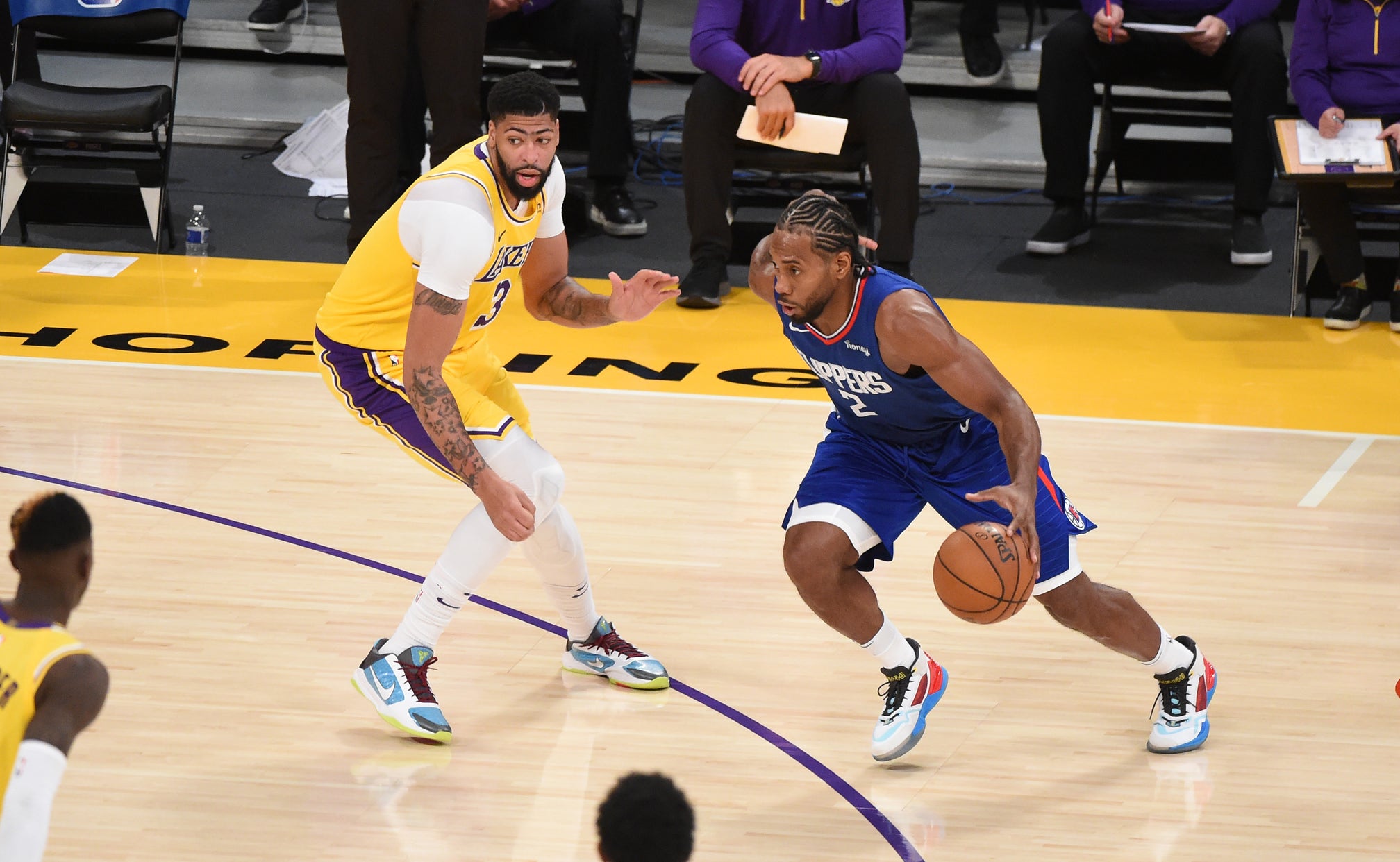 For a second year in a row, the general thought is that the road to the NBA Finals in the Western Conference will go through Los Angeles.

Then, there is the Lakers' roommates at STAPLES Center, the Los Angeles Clippers.

And though they flamed out in the Western Conference semifinals last season, blowing a 3-1 lead to the Denver Nuggets, the Clippers still boast one of the league's most talented rosters, led by two-time Finals MVP Kawhi Leonard and perennial All-Star Paul George.

With both featuring retooled rosters – that appear to possibly be even better than they were last season – the in-city rivalry is popping once again.

But through the first week of games, both the Lakers and Clippers had performances that called for their closest observers to raise an eyebrow.

For the Lakers, their opening night loss to the Clippers could be attributed to being high off of life on ring night, perhaps losing sight of the game ahead.

But their second defeat in the first four games, a 115-107 home loss to the Portland Trail Blazers on Monday, showed that there might still be an adjustment period for some of their newcomers.

Reigning Sixth Man of the Year Montrezl Harrell and veteran guard Wes Matthews, both in their first season with the Lakers, combined to score just 11 points, while the Blazers got 28 bench points from Gary Trent Jr. alone.

Shannon Sharpe explained how the lack of bench production was the key factor to the Lakers' second loss of the season on Monday's edition of Undisputed.

In wins against the Minnesota Timberwolves and the Dallas Mavericks, the Lakers bench scored 58 and 60 points, respectively. On Monday, it scored 23 total.

While the lack of production from the Lakers bench could be an easy explanation for the loss, Skip Bayless believes that this year's Lakers squad just might not be as strong as last year's championship team, particularly up front.

"Your team is not as good as it was last year. They gave you four home games to start, and you went 2-2 in those home games. You got outrebounded by the Portland Trail Blazers, 45-41, because you don't have Dwight Howard and you don't have Javale [McGee]."

As for the Clippers, they not only secured a big opening night win over the Lakers, they got a slice of revenge against the Denver Nuggets on Christmas in the form of a 121-108 win.

But the good vibes came to an abrupt – and embarrasing – end in their third game of the season, a 124-73 blowout loss to the Dallas Mavericks.

While regular season losses aren't completely indicative of future success or failure, and the Clippers bounced back with a dominant win over Minnesota on Tuesday, Nick Wright believes the Dallas loss is at least somewhat alarming for the Clippers, as he explained on First Things First.

"When you have the worst game in the shot-clock era, the worst first half in NBA history, it's something of a deal. For that team to have this game, I would be extra concerned."

For a team that blew a 3-1 series lead and an opportunity to go to the first Western Conference Finals in franchise history just a few short months ago, any signs of weakness will be examined under a microscope. And this type of loss to the Mavericks only opened the door to more scrutiny.

It's early in the season, but the two perceived juggernauts in Los Angeles are showing there is still work to be done on the long road that is the NBA regular season.

How they clean up their weaknesses could provide the ultimate storyline in Hollywood.

Reactions To Harden's Impressive Debut
The Beard was in classic form in his first game with Brooklyn, making NBA history along the way. Here's how people responded.
5 hours ago

A Big Liability In Brooklyn
How do sportsbooks react to blockbuster trades? How much money is on the Nets? And is there any value? Sammy P asked the experts.
12 hours ago

Worthy of Attention
Zach LaVine is setting the league on fire. Is Chicago officially looking at its next superstar guard?
13 hours ago