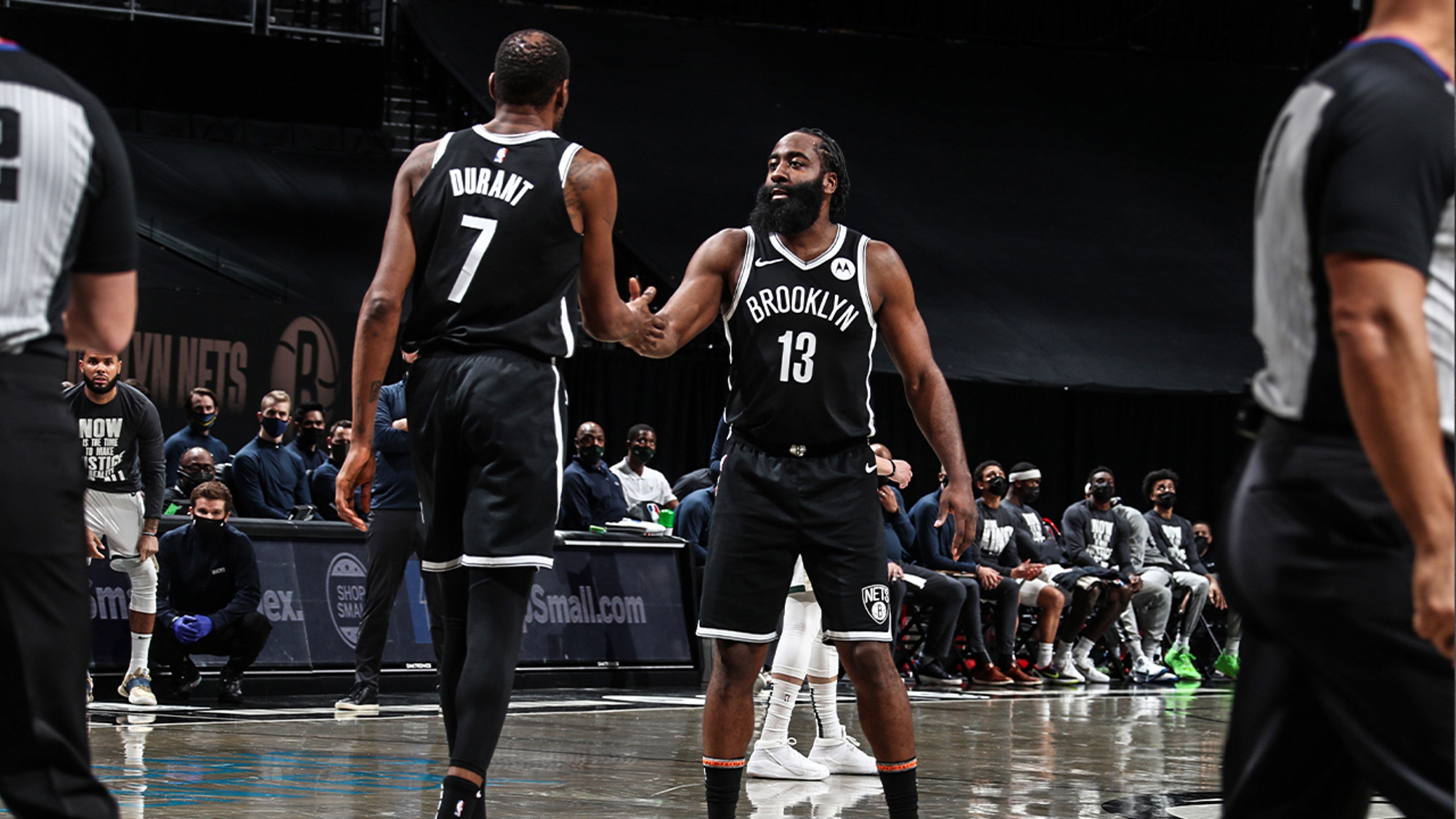 While the jokes were flying about James Harden fitting into his jersey, he was busy fitting in with his new team.

Two games in, Harden is the only one laughing.

The Nets defeated the Milwaukee Bucks 125-123 on Monday to move to 2-0 since Harden made his way east to join Kevin Durant.

And while wins are impressive, the most impressive aspect of Harden's first two appearances is that he and Durant – his former teammate in Oklahoma City – have meshed seamlessly.

In their two games together, Durant is averaging 36.0 points per game, and Harden is averaging 33.0 points, 13.0 assists and 9.0 rebounds.

The duo has the look of one of the best in the NBA already, with Durant showing no signs of ill effects from a torn Achilles suffered in 2019.

What makes Brooklyn's performance against the Bucks even more impressive is the fact that Milwaukee entered the matchup the seventh-ranked defense in the NBA, allowing only 109.5 points per game.

The Nets blew past that total.

Monday also marked the second game in which Harden and Durant took the floor without third superstar Kyrie Irving, whose return for the Nets is imminent.

How he will fit next to the other two perennial All-Stars is to be determined.

The pressure will be on Irving upon his return, considering the Nets were averaging 118.9 points per game entering Monday, but in the two games with Harden next to Durant, the team has averaged 123.5 points per game.

Harden and Durant have a combined seven scoring titles between them, and their scoring prowess is translating in a major way so far for the Nets, with neither having to tail off his offensive production because of the other.

The NBA is officially on notice.

There are buckets being handed out in Brooklyn.

LeBron, NBA World React To All-Star Snubs
The NBA All-Star reserves have been announced, and there are a few notable omissions from each roster.
19 hours ago