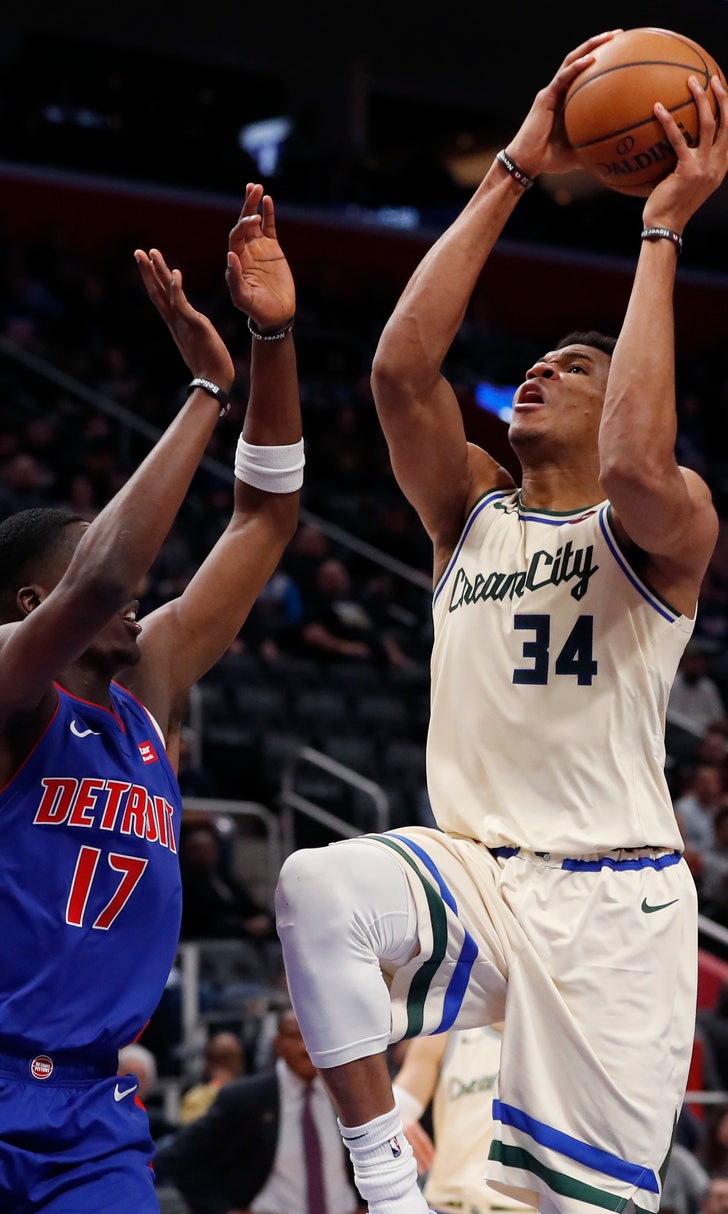 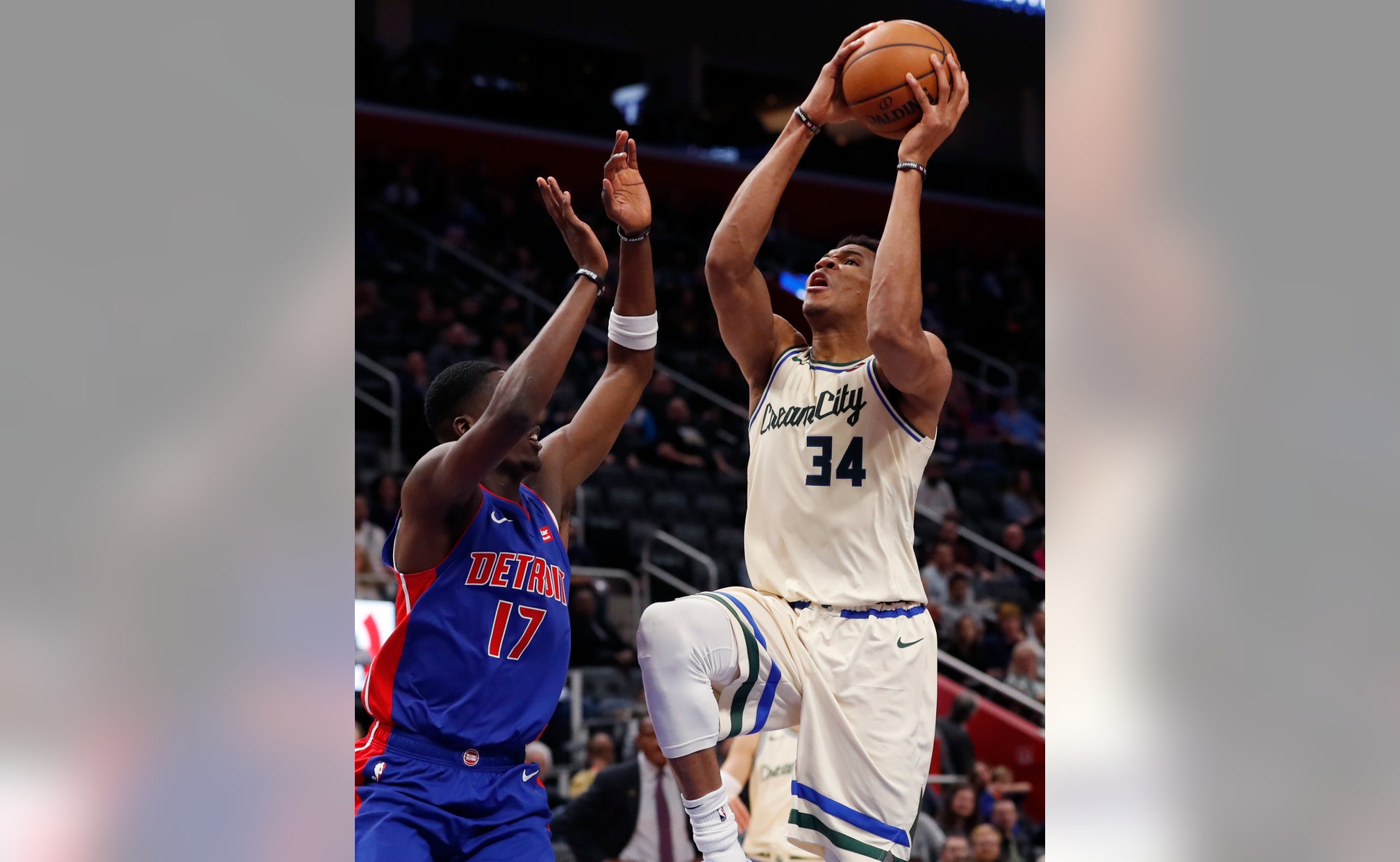 previous story
Seahawks head back on the road with a chance at perfection
next story
Behind Bey, No. 23 Villanova holds off pesky Penn 80-69

DETROIT (AP) — Giannis Antetokounmpo scored 35 points to lift the Milwaukee Bucks to their 13th consecutive victory, 127-103 over the Detroit Pistons on Wednesday night.

The last time the Bucks had a longer winning streak than this was when they won 16 in a row spanning the end of the 1972-73 season and the beginning of 1973-74. They also had a 13-game run shortly after that 16-game streak ended.

Milwaukee had won its previous two games by 41 and 44 points, and the Pistons had won their previous two by 34 and 33. This one wasn't close, either. The Bucks have dominated Detroit of late.

Milwaukee won all eight matchups with the Pistons last season — four in the regular season and four in the first round of the playoffs. The Bucks also beat Detroit last month in their first meeting of 2019-20.

Andre Drummond had 23 points and 14 rebounds for Detroit.

BOSTON (AP) — Jaylen Brown scored a season-high 31 points, Kemba Walker had 28 and Boston beat Miami to improve to 8-0 at home.

Jimmy Butler led Miami with a season-high 37 points and had six rebounds and four assists. Heat coach Erik Spoelstra left the team in the morning, flying home to be with wife Nikki for the birth of their second son. Assistant coach Dan Craig ran the team.

Russell finished with 18 points on 7-of-13 shooting in 25 minutes after missing the last nine games with a right thumb sprain.

ATLANTA (AP) — Garrett Temple scored a season-high 27 points, Spencer Dinwiddie had 18 of his 24 in the second half and Brooklyn beat Atlanta.

Taurean Prince finished with 23 points against his former team,and Jarrett Allen had 20 for the Nets, who were coming off a three-point home loss Sunday to Miami but have won six of eight.

Kyrie Irving missed his 10th straight game with a right shoulder impingement and did not make the two-game trip to stay home and rehab.

Trae Young scored 39 points and rookie Cam Reddish had a career-high 25 for Atlanta. The Hawks have lost 11 of 12.

Domantas Sabonis added 17 points and 13 rebounds for the Pacers. They have won seven of eight.

Steven Adams scored 20 points on 8-for-8 shooting and Danilo Gallinari and Dennis Schroder each added 18 points for the Thunder.