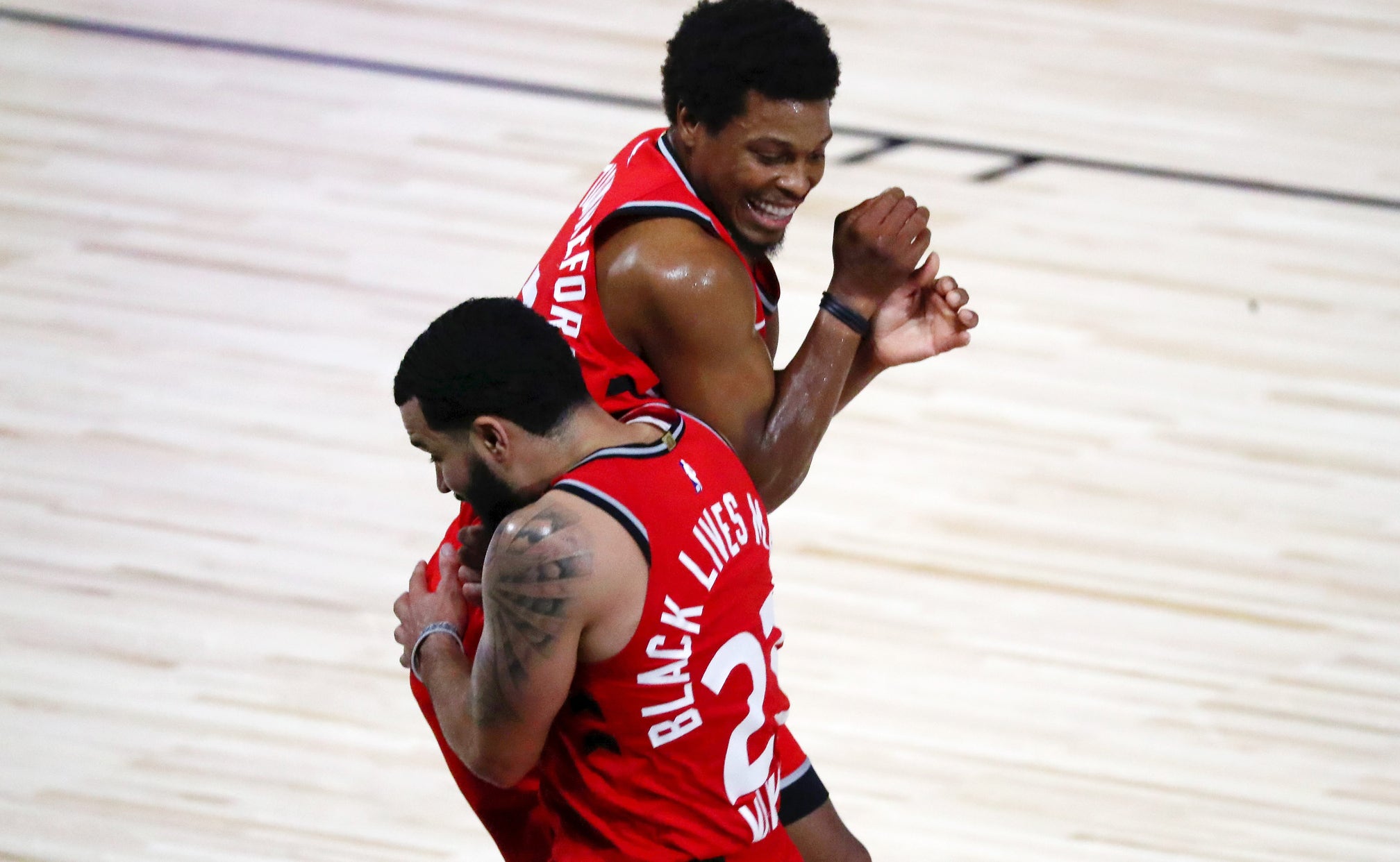 All indications are that the Toronto Raptors will be the first team to enter the second round of the 2020 NBA playoffs, after the defending champs handily captured a 3-0 lead over the Brooklyn Nets with a 117-92 victory on Friday.

Here are the key takeways from Friday's opening game.

Toronto is arguably the most successful team in the NBA this season without a bonafide superstar.

Sure, the Raptors have two All-Stars in Kyle Lowry and Pascal Siakam, but so far in these playoffs, Toronto has had a different leading scorer in all three of its wins over Brooklyn, and Fred VanVleet is leading the team in scoring at 25.3 points per game.

Aside from VanVleet, five other Raptors players are averaging double-figures, including Siakam, who led Toronto in scoring with 26 points on Friday.

2. The Raptors hit their stride

Well, they were hitting it before the regular season came to a halt, and so far in the bubble, they've just picked up where they left off in March.

With Friday's win, the Raptors now lead a playoff series 3-0 for the first time in franchise history.

Caris LeVert had his breakout-bubble performance in the final seeding game, dropping 37 points on the Portland Trail Blazers on Aug. 13.

However, after averaging 25.0 per game in six seeding games, LeVert hasn't been able to get it going in three consecutive playoff losses to the Raptors.