Kyle Busch was asked how he turned a damaged car into a 4th place run Sunday at Texas Motor Speedway, and he had a simple answer:

Busch might still have some of his swagger, but the one thing missing from Busch’s description of himself is a 'W' in the NASCAR Cup Series this year.

Midway through the 2020 NASCAR Cup Series schedule, Busch has no race wins and no stage wins. He has watched his most heated rivals, as well as some drivers he typically beats on a regular basis, notch victories.

Austin Dillon became the 10th driver to win a race this year when he took advantage of track position with a late two-tire pit stop and captured the victory Sunday. A week earlier, it was rookie Cole Custer with the win.

Busch? The Joe Gibbs Racing driver has three 2nd place finishes, a 3rd, two 4th place finishes and a 5th. But this is a guy who loves his checkered flags and often looks at 2nd as the first loser.

The defending Cup champion sits 10th in the standings and is in solid position to make the playoffs. That’s not the issue.

It’s wins. Busch has 56 of them in his Cup career but just one over the last 40 races – the win at Homestead, where he clinched the 2019 Cup title.

“It's definitely frustrating,” Busch said last week after a 2nd place finish in the exhibition NASCAR All-Star Race. “Trust me, it's not very fun where we're at. I know everybody is kicking themselves and trying to do all they can to work harder and be smarter.”

Even after he drove through the grass Sunday and finished 4th, he was happy with the effort but never felt he had a car that was a race-winning car.

“I thought early on in the first stage, second stage, maybe that we had a 2nd place car and then as the day went, we just kept getting further and further behind,” Busch said after Texas. “Still a lot of work to do.

“The car didn’t drive very good at all – just was able to get something out of nothing there at the end."

In some ways, that's been the opposite of what Busch has been used to this year. He's felt he needed more speed and his team has appeared to miss the setups early.

“It's tough,” he said. “We're struggling right now. There's just no speed in our race cars for some reason. I don't know what's going on. ... Even when we were mired in 10th, I was driving 110 percent just to maintain where the hell I was, not going forward.

“That's usually not indicative of us.

Busch has watched his teammate Denny Hamlin win four races and Martin Truex Jr. win one. So he obviously knows the cars are capable with the right setup to fit his strengths.

“There’s one of us that seems to be hitting it week in and week out and getting the setup closer to where it needs to be, and the cars don’t have the all-out speed for us to make that box bigger,” Hamlin said.

“That’s probably what he’s talking about and I don’t necessarily disagree that we do need more speed at this time.”

The Chevrolets have a body style that was designed with the current inspection process in mind, and they seemed to have the speed advantage early in the year. Kevin Harvick and Ryan Blaney have carried the Ford camp the last couple of months (Brad Keselowski stole a couple of wins).

As great a driver as Busch is, it would seem that he should be able to make up the difference. He has cited practice as the time he typically would get the car dialed in to suit his liking. NASCAR has not had practice for races since returning from the pandemic and most likely won’t, at least for races up until the playoffs and possible through the rest of the season.

“It's certainly been frustrating this year,” Busch said. “It seems like any time I fall into a rhythm, I back up myself just a little bit to 90-95 percent. I'm going backwards. I'm getting passed, slowing down.

“You can't run at 100 percent all the time every lap. When you do, you start making mistakes.”

Some of those mistakes have resulted in crashes. He has had crashes that weren’t his fault, including one at Pocono where he ran up behind a lapped car, had to slow down quickly, and ended up getting run into by Ryan Blaney.

“We've just been run into a lot this year, too,” Busch said. “When we've had nothing happen, we get run into. Those are bad finishes as well. I don't know. We can chalk it up to a whole bunch of things.”

The one thing Busch knows is he has to turn things around quickly if he wants a shot at the title. If he enters the playoffs with no or very few playoff points, he would be a couple of bad races from missing the cut into the next round.

“We've had flat tires, gone two laps down, tried to do the right thing and drive it back to pit road, not cause a caution. ... You get run into by a guy that shouldn't be pitting on the same pit lap as you, I think, at Talladega,” Busch said.

“I mean, I can keep going. No point in that. We got to fight harder, do better. That's all there is to it.”

Busch won the race at Texas – until he was disqualified for the left rear being too low in the postrace height inspection. Austin Cindric, who finished 2nd, was declared the winner.

While Cup doesn’t have a postrace ride-height rule except for Daytona and Talladega, Xfinity still has it.

“It’s definitely the most nerve-wracking part of my weekend,” Cindric crew chief Brian Wilson said. “I would rate that above having to make a pit call from the lead. Until you’re through, you never feel good.

“You’ve always got nervous energy and you’re wondering if something could have bent or broken or something they don’t happen to like that they just haven’t seen before. We’re always toeing the line – everybody in the garage is trying to find speed – and anytime that they’re looking at the car, you’re nervous.”

Getting through tech is always a nervous process for a crew chief.

Kyle Busch outlasted one of his young drivers, 19-year-old Christian Eckes, for the win at Texas. Eckes led 52 laps.

“It’s pretty damn cool to race side-by-side with him like that,” Eckes said. “I just have to take better care of situations and figure out how to pass him. He’s really hard to pass. I was running behind him and he was moving all around.”

With Austin Dillon and Tyler Reddick finishing 1-2 at Texas, it was the fourth time Richard Childress Racing has finished 1-2 in a Cup race and the first since Talladega in October 2011.

“I'm not the easiest individual in the world to deal with. I can get cranky from time to time. It's just because I'm passionate and I'm a grinder. I feel like I can go out there and compete week in and week out with these guys. ... It was nice to also have the ball in my court, you know what I mean, to dictate the end of the race.” — Austin Dillon after his victory

Get more from Kyle Busch Add to your favorites to get information about games, news and more.
in this topic 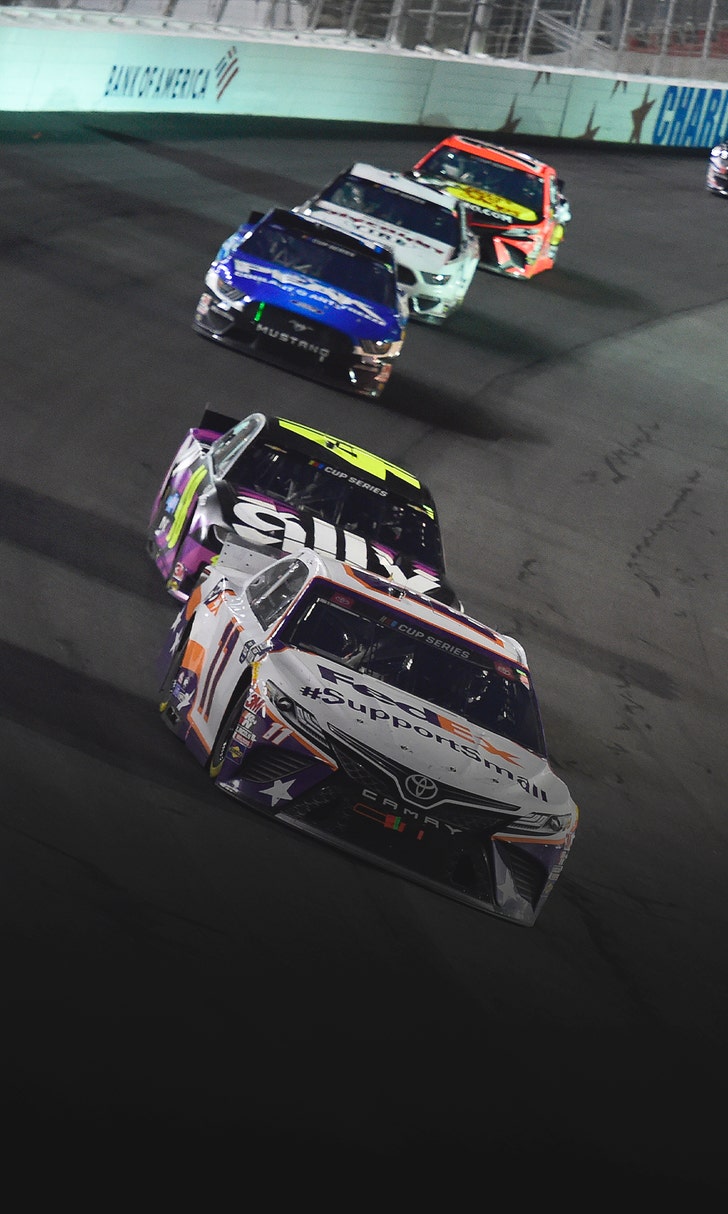 Out of Practice
Since its return, NASCAR's 'show up and race' format has worked well. Will Talladega throw a wrench into that process?
June 15
those were the latest stories
Want to see more?
View All Stories
Fox Sports™ and © 2020 Fox Media LLC and Fox Sports Interactive Media, LLC. All rights reserved. Use of this website (including any and all parts and components) constitutes your acceptance of these Terms of Use and Updated Privacy Policy. Advertising Choices. Do Not Sell my Personal Info