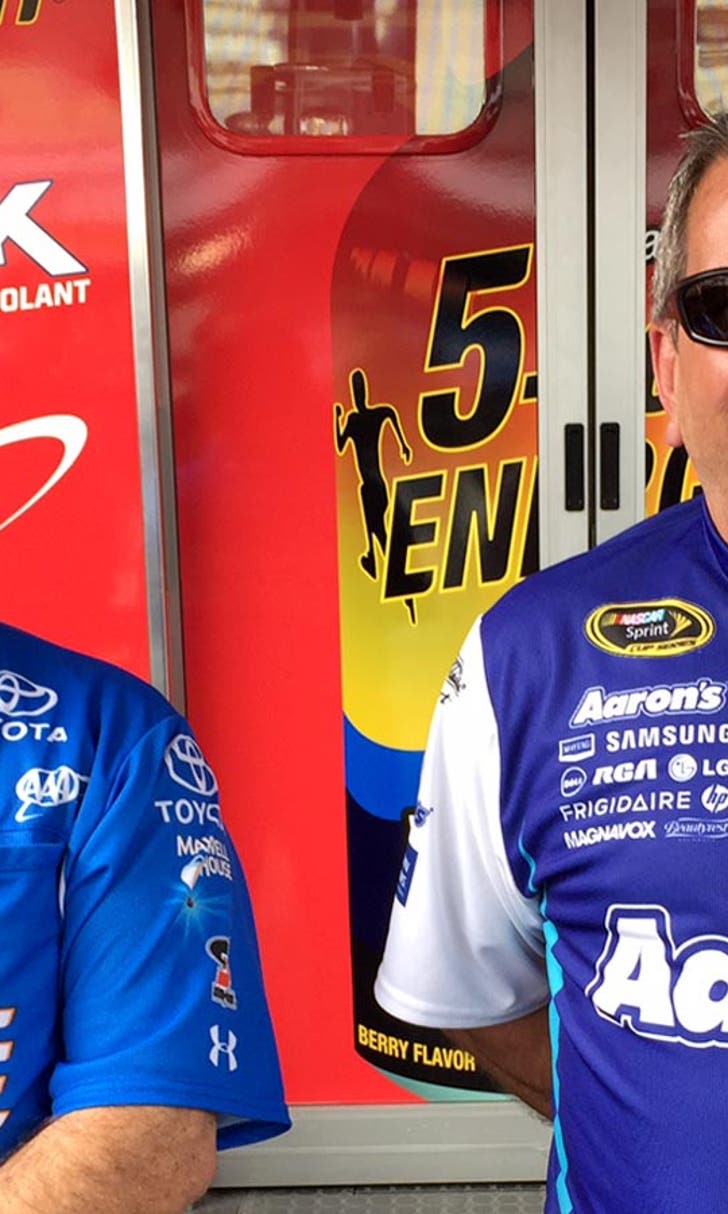 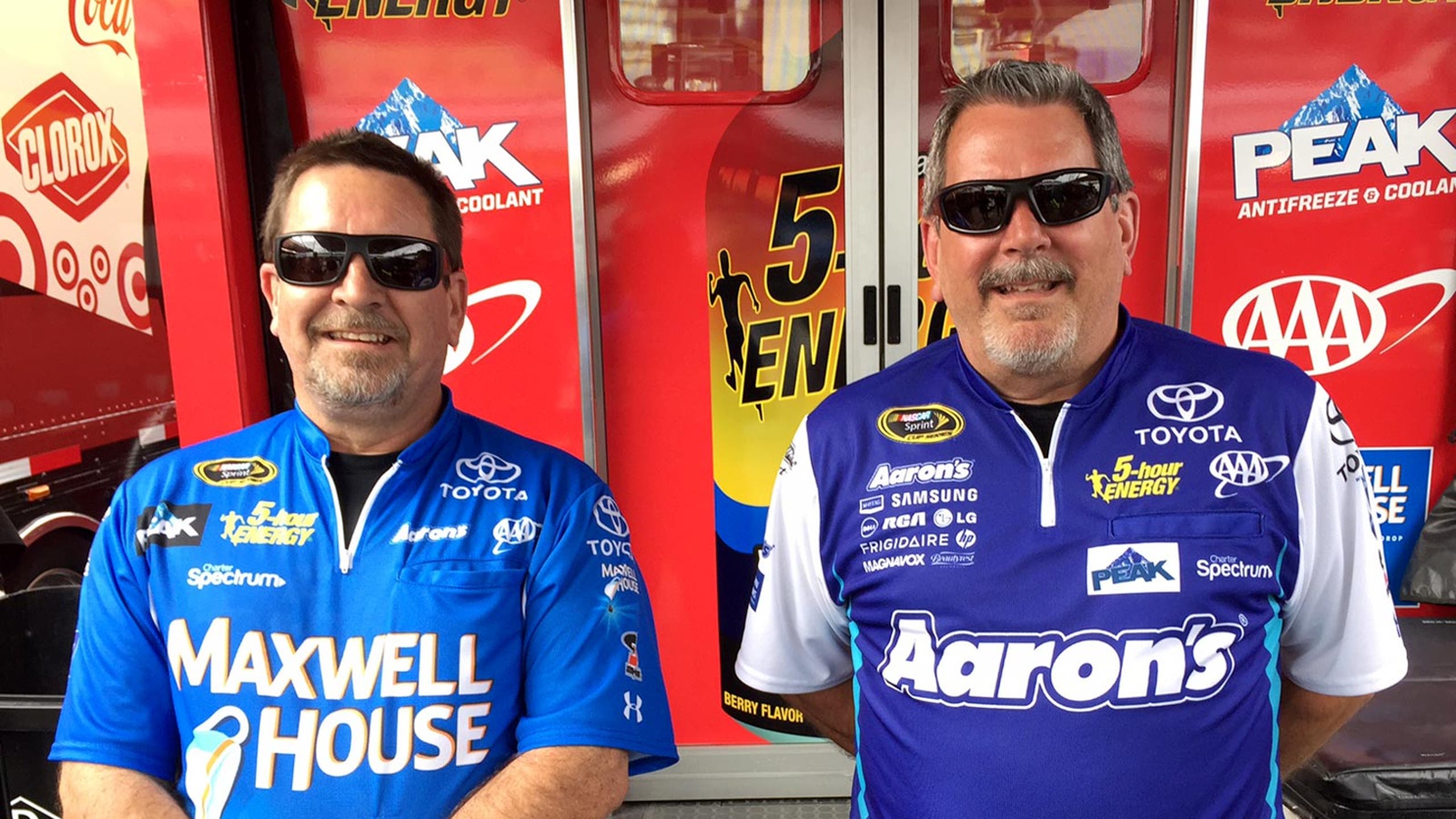 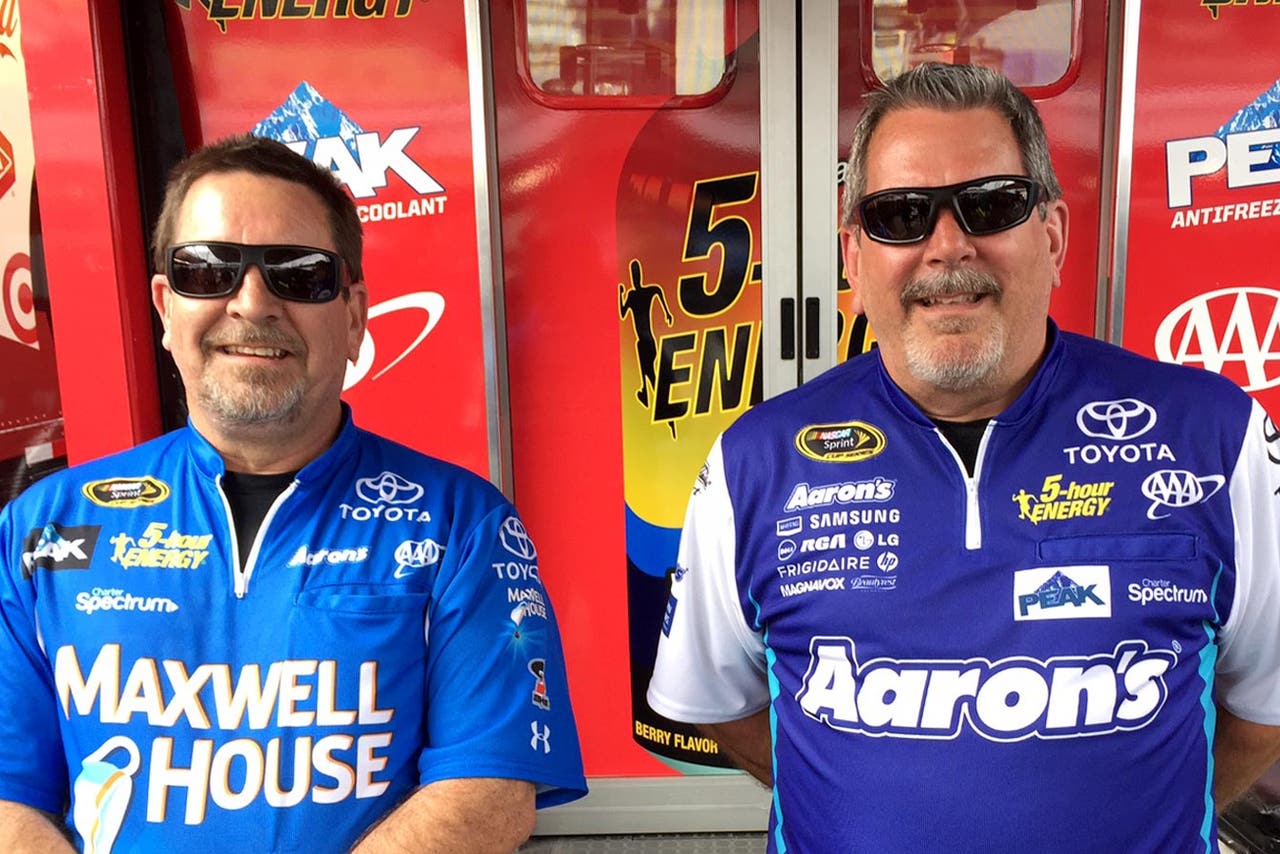 Brothers generally do a lot of things together throughout their lives.

And, of course, they fight together.

It's pretty rare, however, for two siblings to end up sharing a trade and even working for the same company.

And it's even rarer for them to lose their jobs at the same time.

But that's exactly where brothers Glenn and Jeff Shano find themselves as Michael Waltrip Racing prepares to close its doors after the Nov. 22 NASCAR Sprint Cup Series season finale at Homestead-Miami Speedway.

But when the two men pull into MWR's Cornelius, North Carolina race shop after driving back from South Florida on Nov. 23, it will be their last day on the job.

"It's going to be surreal," Glenn said. "It'll be tough. I'm sure I'll take a few photographs, but what do you do?"

The brothers have driven trucks together at MWR for the past seven years, often following each other up and down the road to and from racetracks. Before coming to MWR, they were both hauler drivers for four years at ST Motorsports.

Next year it's unlikely that they will get to work together, as neither brother knows where he or his sibling will ultimately land.

"To me it's kind of heartbreaking that that whole big shop's shutting down and we're all just scattering trying to find jobs," said Jeff in an interview with FOXSports.com at Martinsville Speedway. "I might end up working with a few of my teammates but chances are most of them will go to several different teams. I don't feel good about it, obviously, and it's put pressure on me to get out there after seven years, and now I've got to get out there and hunt for a job."

Glenn, the older sibling by three years, is in the same boat. In fact, the two brothers are now applying for many of the same jobs -- a truly awkward situation they would avoid if they could.

"I go drop off a resume and they go, 'You were just in here,' and I go, 'No, look at the name on that. That was probably my brother,'" Glenn said. "I'm competing with my family member right now to get work. So I don't want to tell him where I've gone; he doesn't want to tell me where he's gone. ... I've probably put four or five resumes in with different race teams, and nobody's jumping. I know how it works. I know they're not going to do anything until the beginning of the year, but right now I've got an uneasy feeling going into the best time of the year -- the holiday season -- without a job."

Michael Waltrip Racing filed notice Sept. 1 with the state of North Carolina of its intentions to permanently lay off 217 employees as early as Nov. 1.

This came after MWR co-owner Rob Kauffman announced in July that he was buying an ownership interest in Chip Ganassi Racing with Felix Sabates for 2016. In August, Kauffman confirmed MWR would go out of business at the end of this season and the team's race shop was for sale.

"Even Friday we lost quite a few at the shop that were let go," Glenn said at Martinsville. "Probably 30 or 40 percent of them were let go so they were all posting on Facebook and everything, and it's sad. I didn't even get a chance to say goodbye to a lot of them because I was already here. And then there's another group going out on the 18th of November, and then we'll be the last ones."

Since MWR announced Aug. 19 that the nine-year-old organization wouldn't field a Sprint Cup team in 2016, the Shano brothers say the mood around the shop has changed considerably as it gets closer to the end.

"A lot of people are already gone," Jeff said. "We're down to a skeleton crew at the shop, so just walking into that big old shop and only seeing about 30 people is strange.

"It went from shock to fear and frustration, and now I'm just determined to get out there and get myself a new job. I'm actually looking toward the future now."

For Jeff, the hardest times are when there's downtime at the track. He's found that keeping busy -- he handles pit support for the team in addition to driving the No. 15 hauler -- helps him deal with knowing that in less than a month he'll be unemployed.

"To be honest with you, you get into a mode when you're doing your regular duties and your mind is set on doing your job," he said. "But it's the times like right now when we've got about three hours to hang around here at the track before we qualify ... that's when you sit down and you reflect on what's going on."

When the news came down that MWR would fold, Glenn was admittedly in disbelief. He's been with the organization since 2008 and was happy doing something he's grown to love.

"I said, 'There's no way this is actually going to happen,'" Glenn said, recalling how he felt when rumors of the company's demise began to circulate. "'Obviously something is in the works and there's going to be some big changes, but we are not going to close the doors.' And then as the months went by it got more and more real. And now it's completely real. So for the last two months I'm going to say that everybody just had to kind of get their brain wrapped around it, and it took some guys a good long long while, and I was one of them."

But now, with Sunday's race at Martinsville and just three more left on the schedule, the end is drawing rapidly near for MWR -- an organization that joined the Sprint Cup Series in 2007 and finished as high as second in the standings in 2012 with Bowyer, being falling on harder times the past two years.

"When you see everything in the shop for sale, and all the stuff you made and created ... everybody put their heart and soul into it," Glenn said. "It's just hard to see it go. It really is."

And it'll be especially hard on that day in late November when he drives to the MWR shop, hands in his hauler key and drops off the No. 55 truck for the final time.

If it's any consolation, his brother will probably be somewhere nearby.

"We've worked together for a good many years," Glenn said. "We've been going up and down the road as teammates, and we would have done it until the end of time. I had no intentions of looking anywhere else."