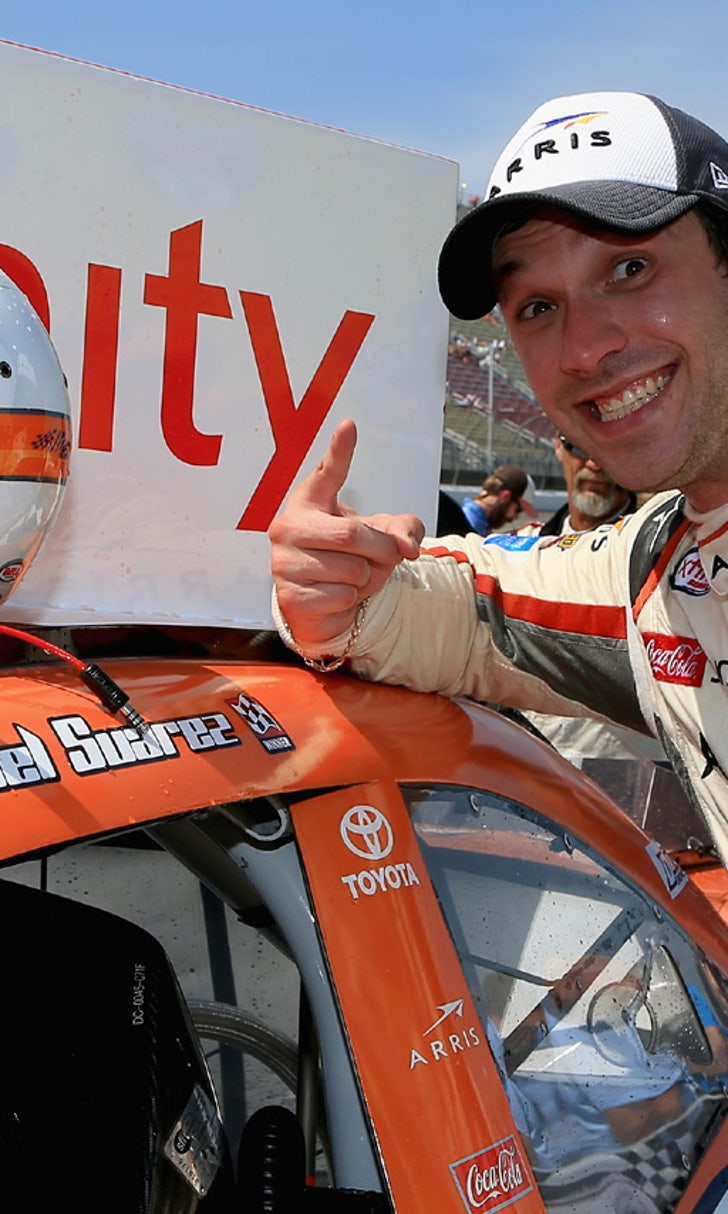 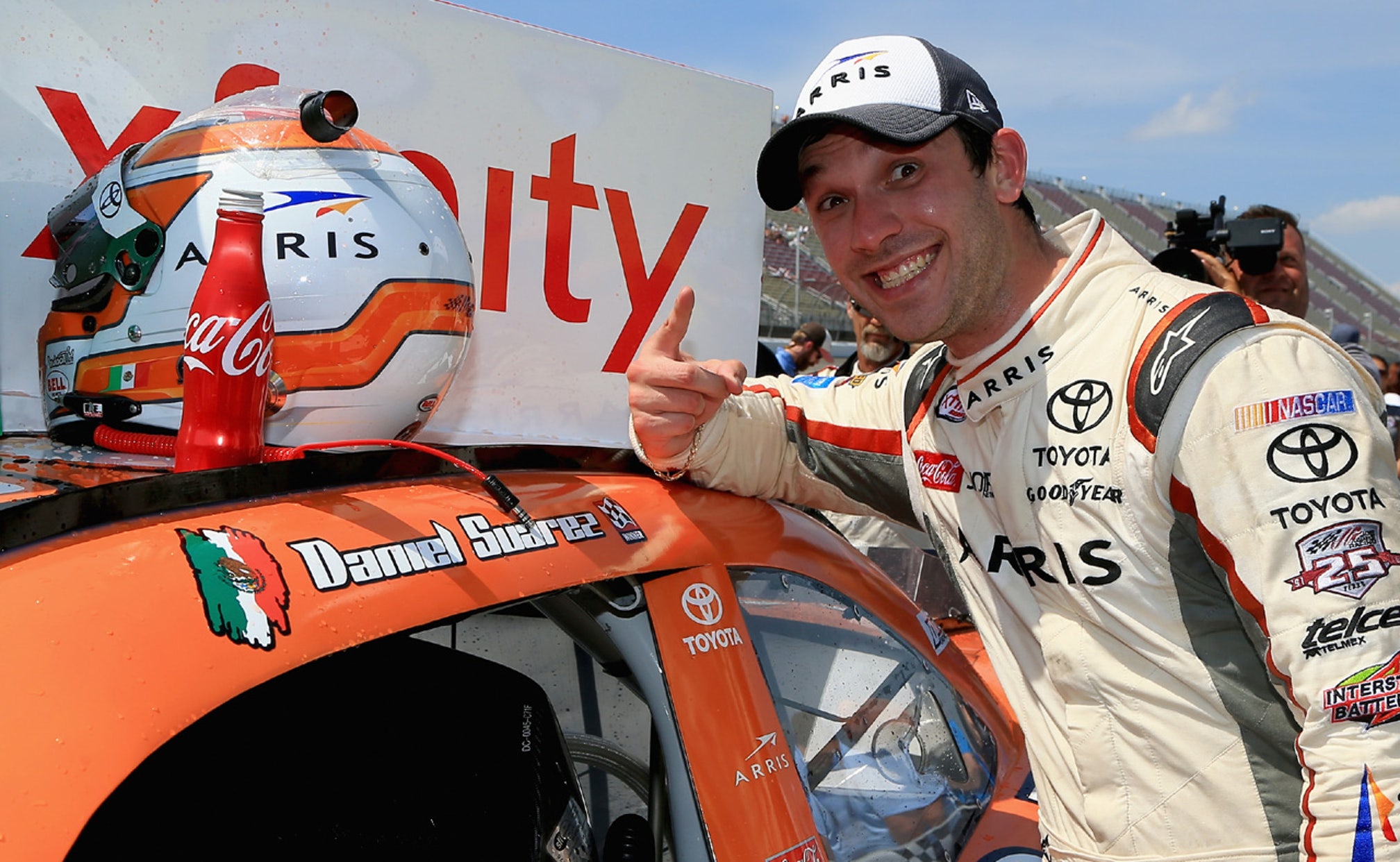 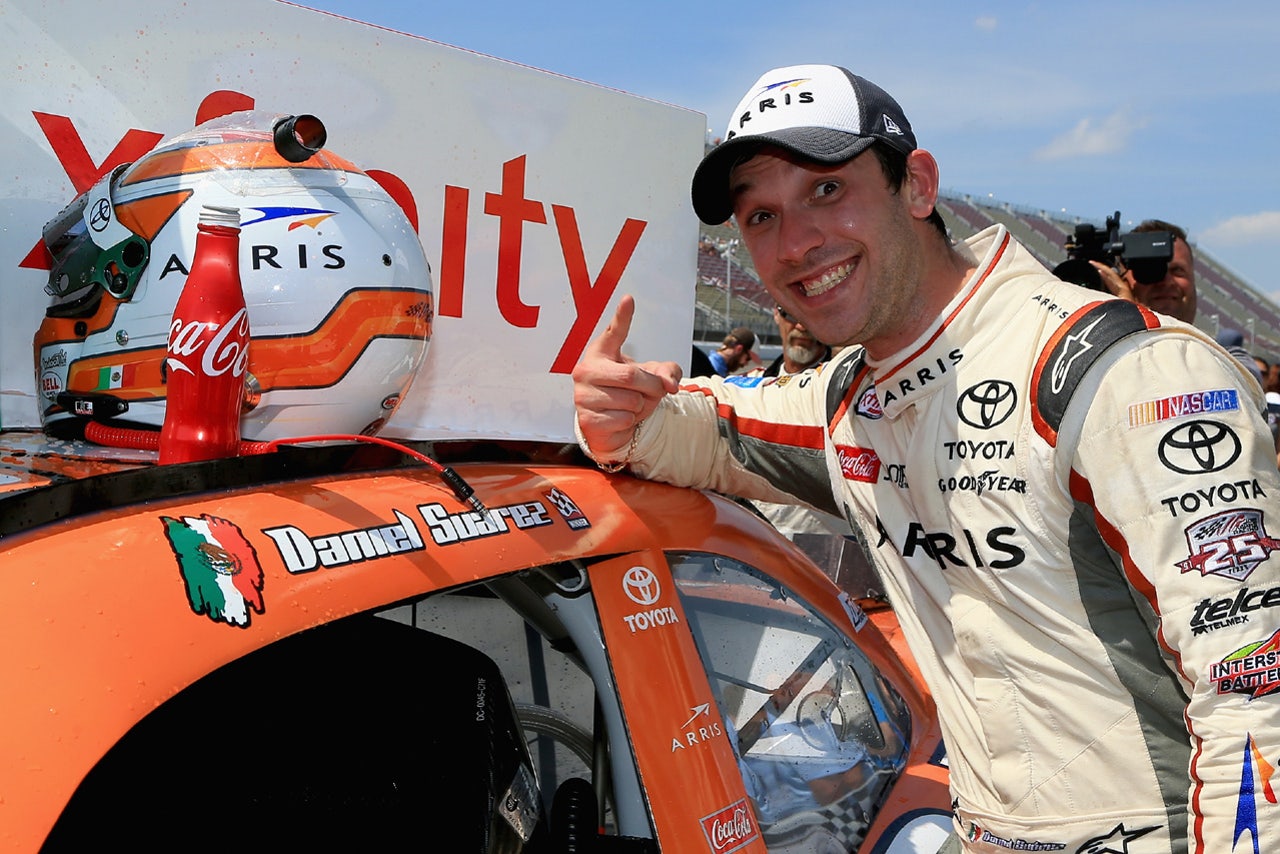 After becoming the first Mexican-born driver to capture a NASCAR national series victory, Daniel Suarez is still trying to comprehend what he accomplished.

It feels good for sure," said Suarez during a weekly NASCAR teleconference. "I'm still trying to relive how everything happened, to be honest with you. Was just unbelievable weekend in the way that everything worked out because, to be honest with you, wasn't an easy weekend at all. We have many different circumstances during the race that it was going to be difficult to come back to the front."

Suarez chased down Kyle Busch in the XFINITY Series race last Saturday at Michigan International Speedway. Busch had led a race-high 88 of 125 laps.

"You never want to get beat, but it's cool when you get beat fair and square," said Busch after the race.

Suarez also celebrated with some friends and family after coming back home from Michigan, but then it was right back to work.

"On Saturday night, my whole team and some friends, we went to a really good Mexican place here in Charlotte to have some fun. We had some dinner. We just celebrate a little bit."

"On Sunday I spend most of the time in my place watching the Cup race, listening to my spotter."

The 24-year-old native of Monterrey, Mexico hopes his win help other minorities who are looking to break into the sport.

Suarez is also very happy with the excitement his home country is showing regarding his first NASCAR win.

"From what I hear from friends, people, sponsors, they are getting crazy down there," he said. "The people is super happy and excited about what's going on. I have received a lot of text messages and, as well, just comments, really good comments on social media about the race. They keep watching the replay of the race. They still getting excited. All these kind of comments."