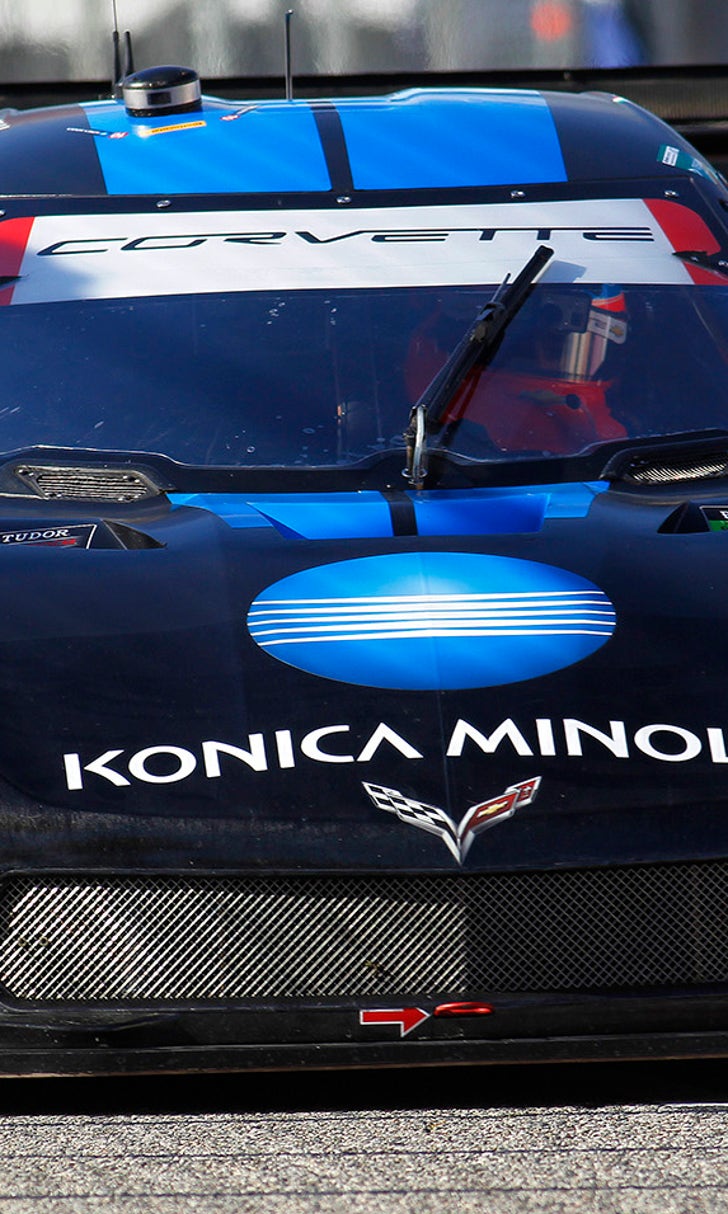 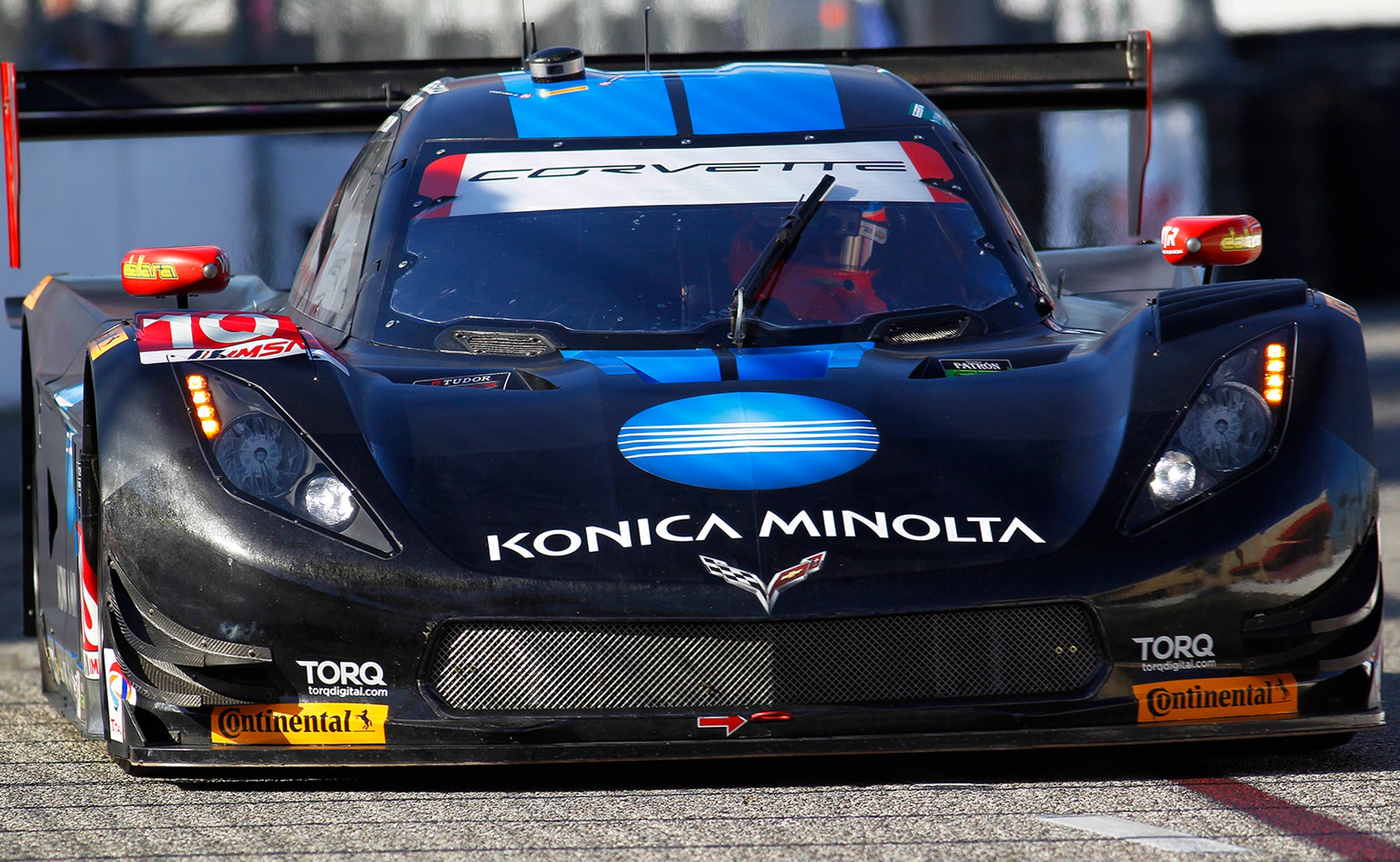 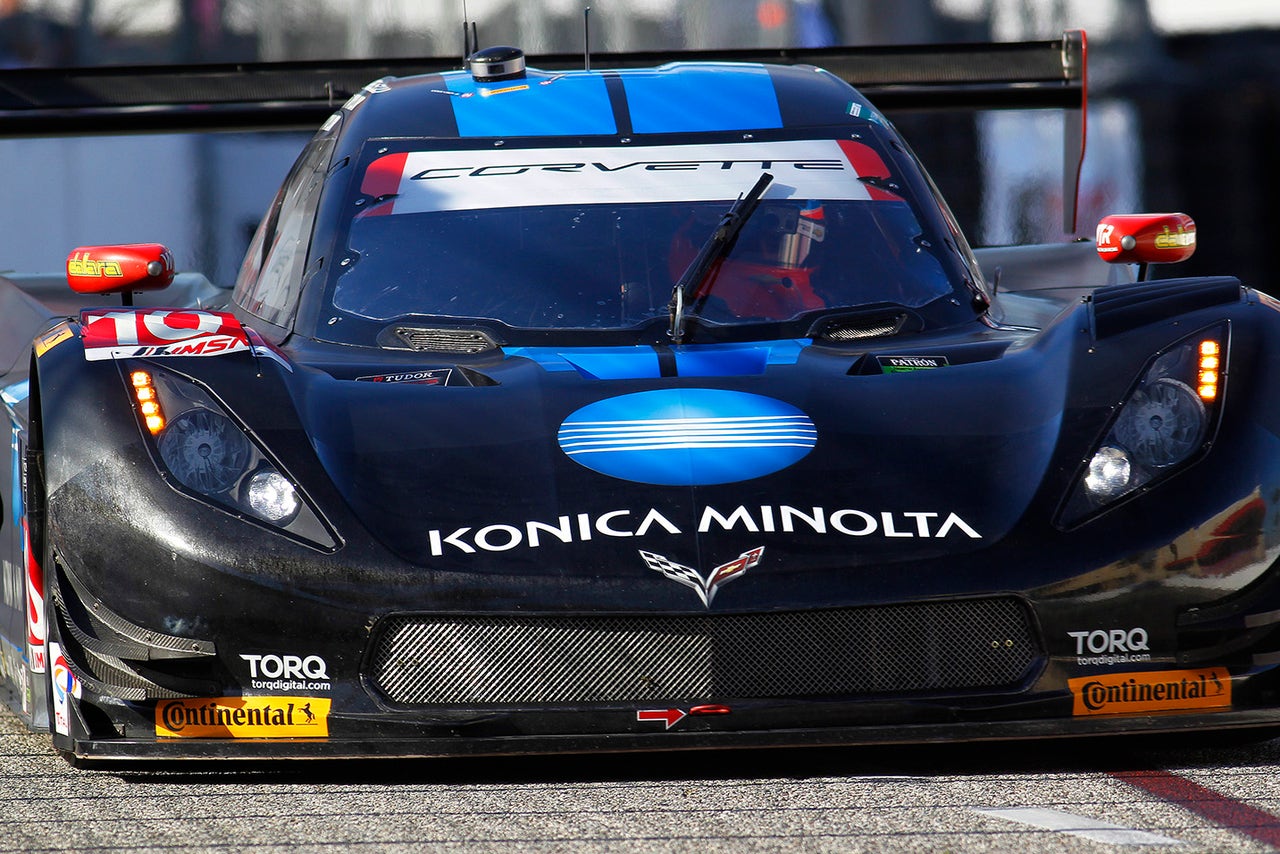 Ricky Taylor will lead the field to the green in Saturday's Tequila Patron Sports Car Showcase, following a record-breaking lap in qualifying Friday on the streets of Long Beach.

Taylor took his No. 10 Wayne Taylor Racing Corvette DP to a best lap of 1:14.790 in the heated 15-minute session, which saw the second-generation driver battle the No. 01 Chip Ganassi Racing Riley-Ford of Scott Pruett for the pole.

The two drivers exchanged the top spot three times, with Taylor able to record two consecutive laps in the closing moments that put him nearly three-tenths ahead of Pruett.

Both the DeltaWing and Michael Shank Racing Ligier JS P2 Honda struggled in qualifying, setting laps slower than the GT Le Mans pole-sitting BMW, and will line up 7th and 8th overall, respectively.

It came following electrical issues in final practice for the Shank Ligier, which only saw Ozz Negri turn a limited number of laps. John Pew qualified the car.

The SpeedSource Mazda SKYACTIV-D prototypes were the only cars not to set times in qualifying, with the team focusing on preserving the diesel-powered cars for Saturday’s race.

BMW Team RLL will start from the pole in GT Le Mans, after sweeping the front row in the production-based class, the only other category in action this weekend in SoCal.

Bill Auberlen became the 14th different GTLM pole-sitter in as many races, taking his No. 25 BMW Z4 GTE to a new qualifying lap record of 1:17.268.

Auberlen’s time edged out the sister No. 24 BMW of John Edwards by 0.248 seconds in the 15-minute GTLM qualifying session.

It marked the first pole of the season for BMW and the third different manufacturer to take top qualifying honors in the highly competitive production-based class.

Auberlen will share driving duties with Dirk Werner in Saturday’s street fight, as the Redondo Beach, Calif. native searches for his second class victory in the last three years.

After slamming into the wall in final practice, Giancarlo Fisichella rebounded to qualify third in class aboard his wounded No. 62 Risi Competizione Ferrari F458 Italia GT.

Fisichella’s 1:17.709 lap time was also under the track record and came in a still damaged car, a remarkable feat for the Italian driver and crew for the quick turnaround.

The No. 3 Corvette C7.R of Jan Magnussen qualified fourth, with teammate Oliver Gavin completing the top-five, which was separated by less than a half-second.