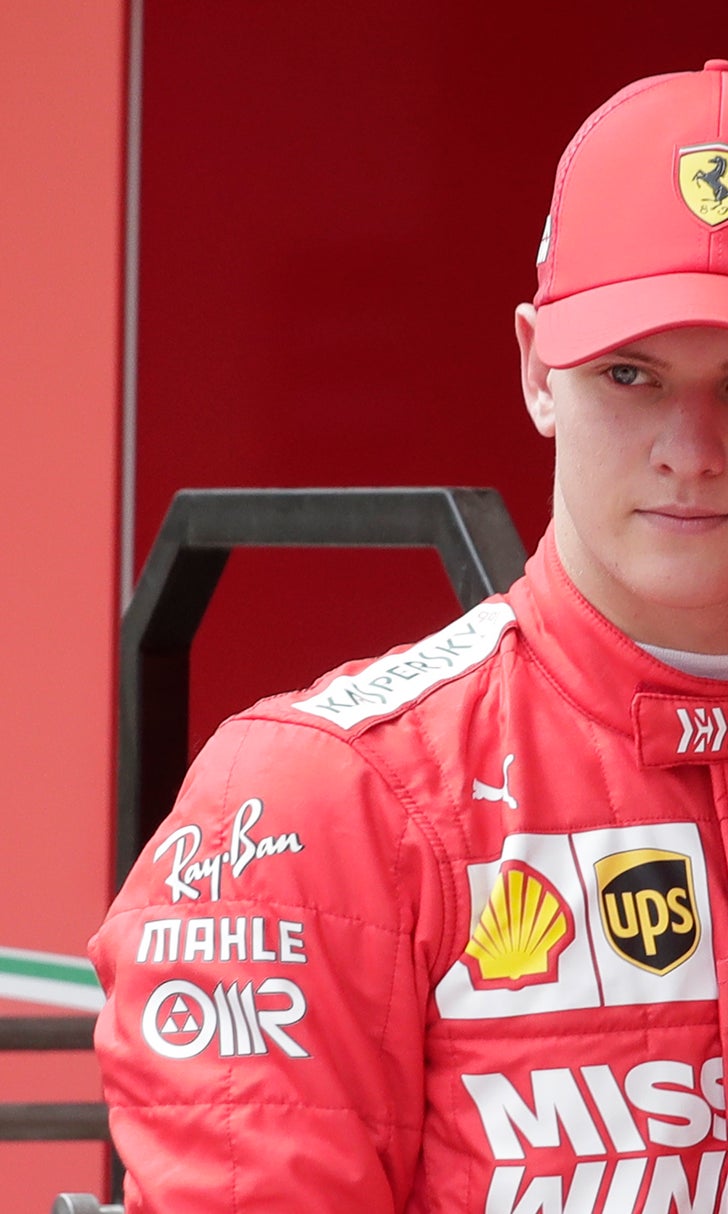 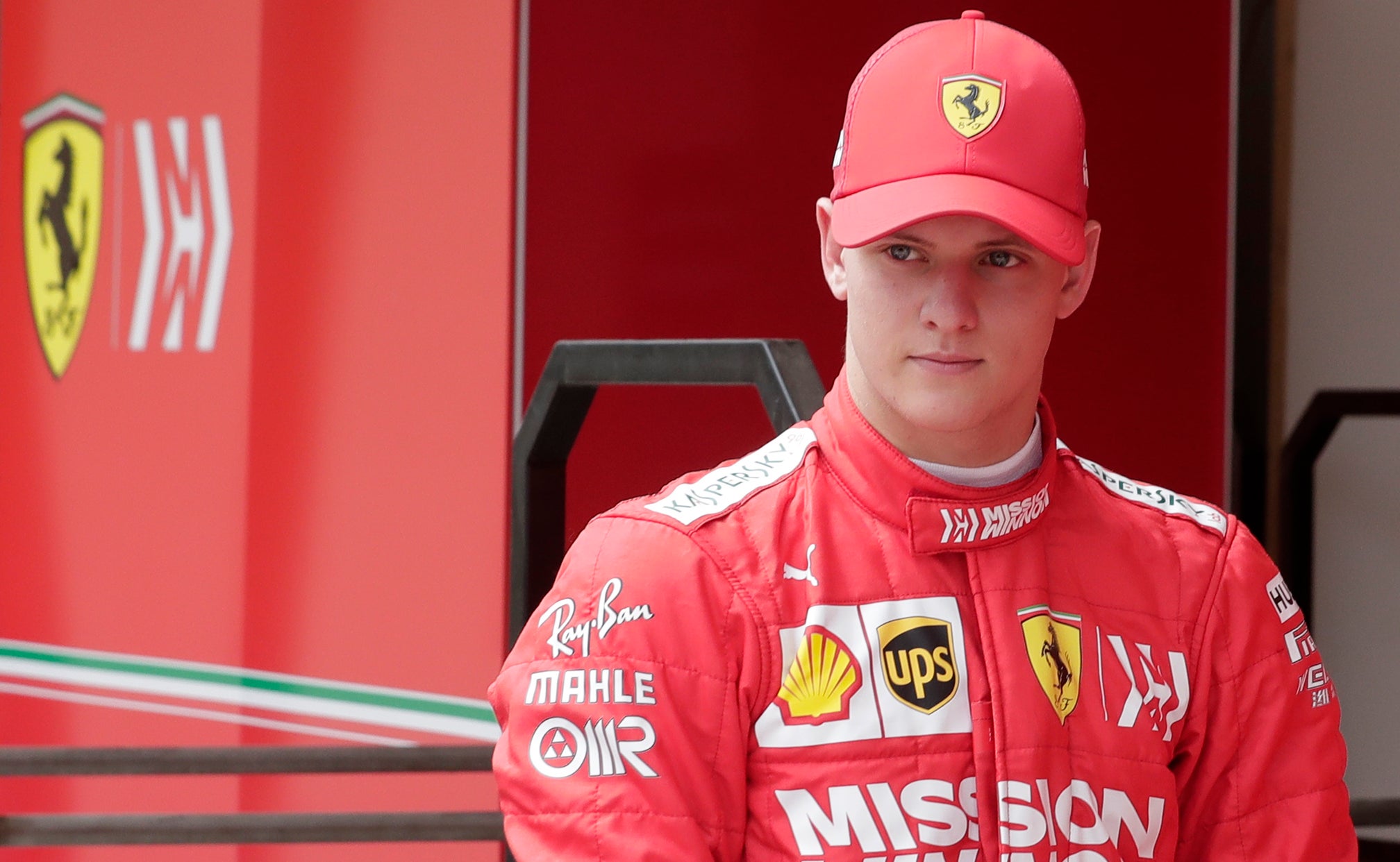 SAKHIR, Bahrain (AP) — More than 12 years after Formula One great Michael Schumacher drove his last race for Ferrari, his son showed he might be ready to carry on the family legacy.

Mick Schumacher drove in his first F1 test for Ferrari on Tuesday and set the second fastest time.

Shortly before the end of the afternoon session in Bahrain, the 20-year-old Schumacher posted a time of 1 minute, 29.976 seconds. That was briefly the fastest time of the day before it was surpassed by Red Bull's Max Verstappen, who was 0.597 seconds faster.

The performance is likely to generate even more excitement about the prospect of seeing a Schumacher driving in Ferrari's famed red car again.

Five of his father's record seven F1 titles were won with Ferrari from 2000-04. His 50-year-old father also holds the record for F1 wins with 91.

Despite the focus, the younger Schumacher appeared calm and was smiling when he arrived at the Ferrari garage and drove onto the track for the first time, watched by his mother, Corinna.

Schumacher was sixth fastest in the morning session, which was twice interrupted by rain, with a best time of 1.32.552 over 30 laps.

Schumacher, who won the F3 European Championship title last year, is competing in F2 for the Prema Racing team this season and finished eighth and sixth in his first two races at the weekend.

There has been speculation he could be in F1 by 2020 if he shines this season.

Schumacher is part of Ferrari's driver academy, as was the 21-year-old Charles Leclerc — who is now racing for Ferrari after just one season with Alfa Romeo Sauber in F1 last year.

Michael Schumacher drove his last race for Ferrari on Oct. 22, 2006, at Interlagos in Brazil. He retired but returned to F1 with Mercedes for three more seasons in 2010.

The former driver was skiing with his son in December 2013 when he fell and hit the right side of his head on a rock, splitting open the helmet.

Doctors worked to remove blood clots from his brain, but some were left because they were too deeply embedded. Schumacher's condition stabilized after he was placed in a drug-induced coma, from which he later emerged. But updates on his health have been scarce since he left the hospital in September 2014 to be cared for privately at his Swiss home by Lake Geneva.