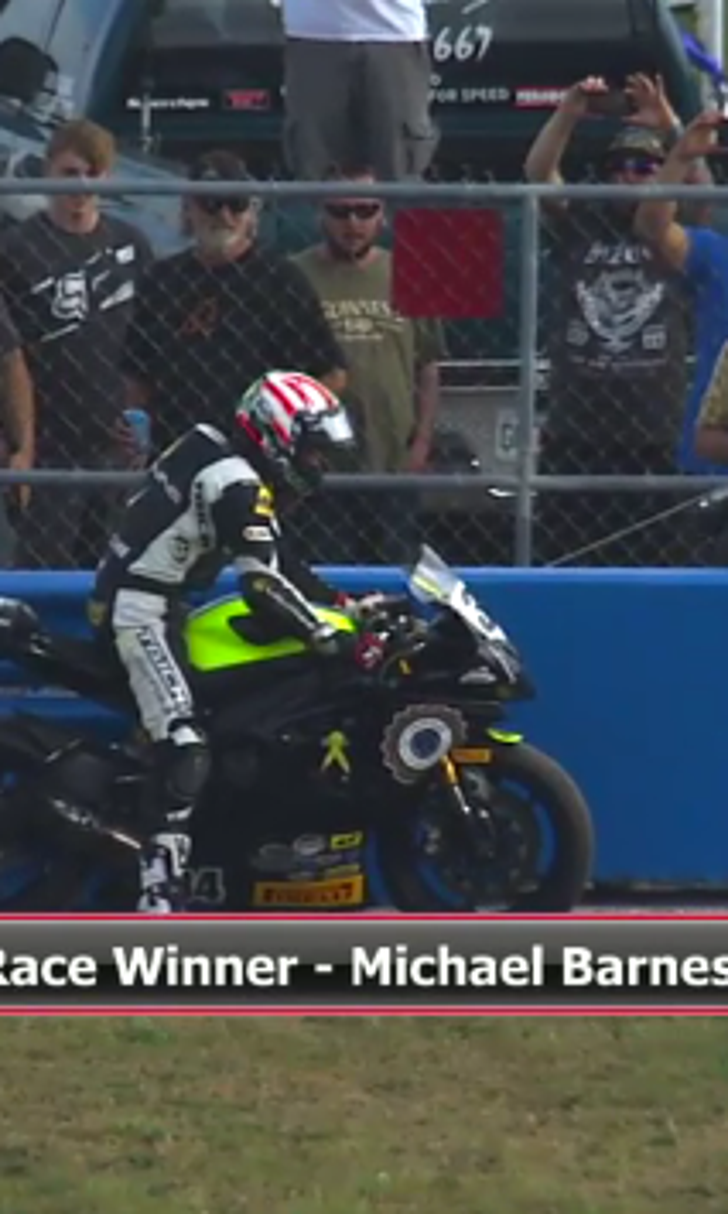 Defending race winner Danny Eslick, who had taken the checkered at the past two years of the event, had been suspended earlier in the week following battery on a law enforcement officer.

Eslick’s absence opened the top step of the podium up to a different rider this year, and it was Barnes who quickly capitalized, taking the lead from polesitter Geoff May at the start. Barnes, May and a couple other riders mixed it up for the lead in the early stages, until Barnes finally broke away.

However, as the field approached the halfway mark a red flag was flown for Brett Molnar, who crashed in the infield but was seemingly OK.

Barnes’ lead was wiped out and the field restarted from a standing start on pit road. However, after a couple more laps of dicing it out up front, the 47-year-old broke away from the rest of the field on his Yamaha YZF-R6 and never looked back. By the time the 57 laps were over and the checkered flag flew, Barnes had a 10-second cushion over May.

The Florida native then headed over into the infield to celebrate with the fans on the party bus before returning to the pits.

The entirety of the race was streamed LIVE at FansChoiceTV.