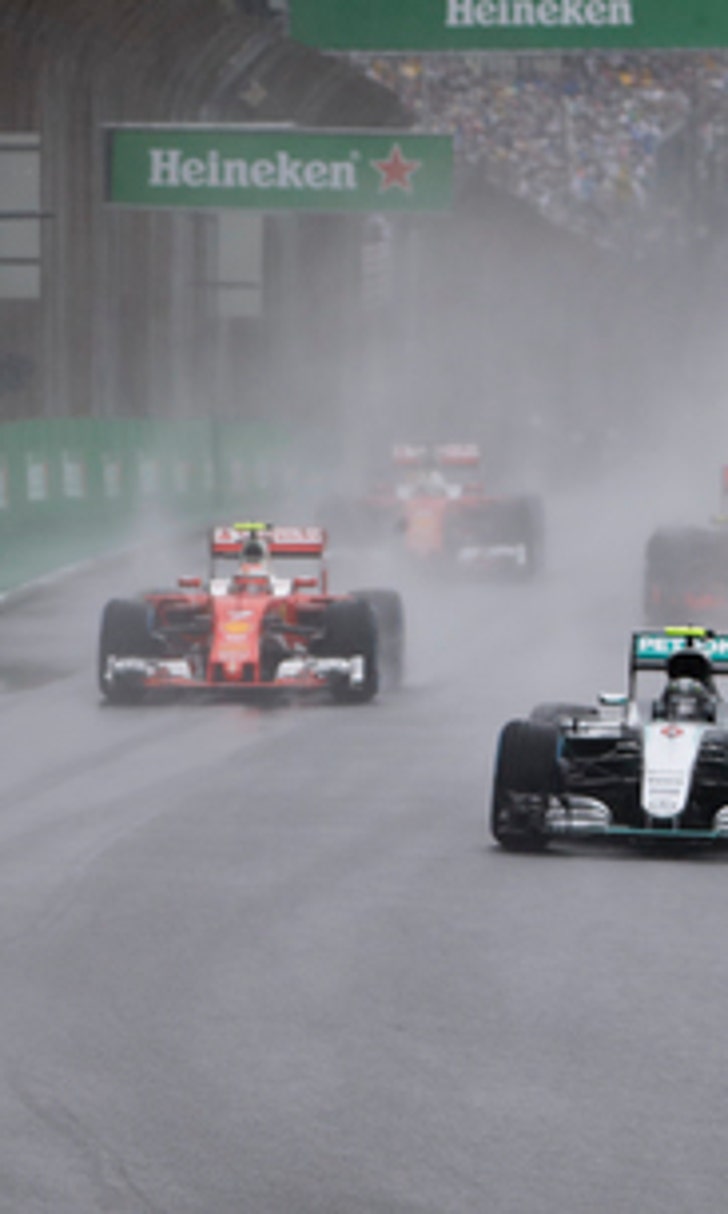 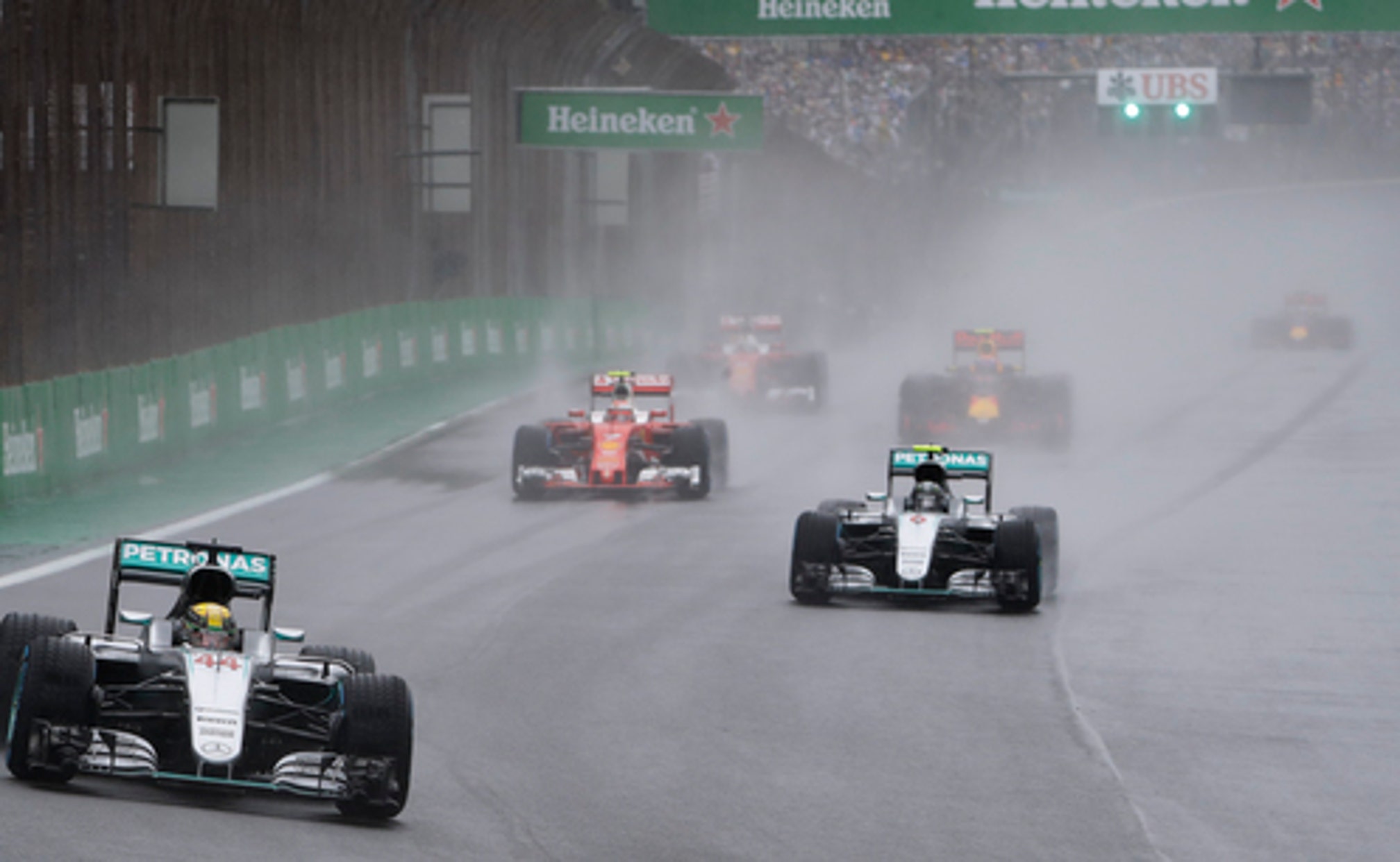 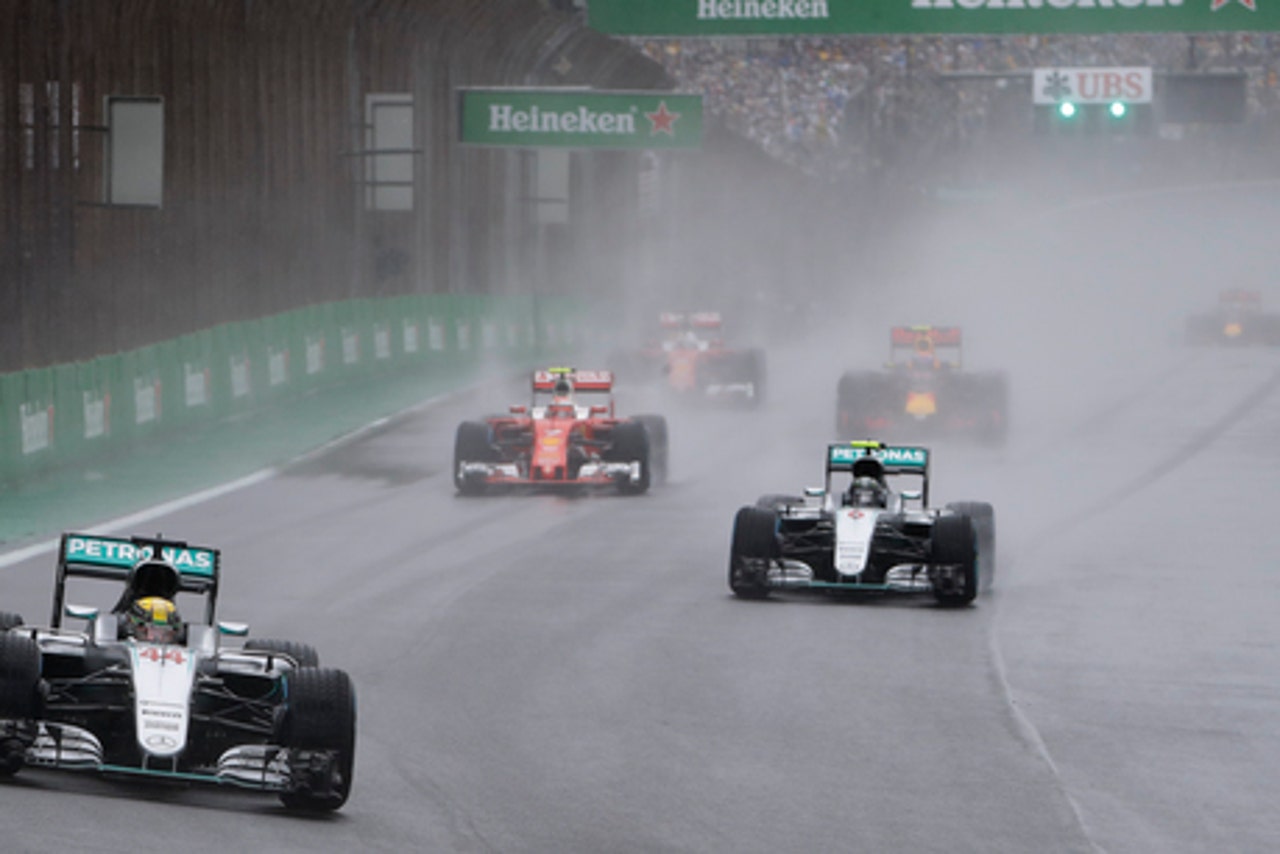 The race was stopped by two crashes in driving rain during the first 28 of 71 laps. All but a half-dozen of the early laps were run behind a safety car with drivers struggling to see through the tire spray.

The second half was less eventful, but still was slowed by another crash and another spell under the safety car.

Rosberg could have claimed his first season title by winning in Brazil on Sunday, but came up short. The German finished second but still leads the season overall standings with 367 points to 355 for Hamilton.