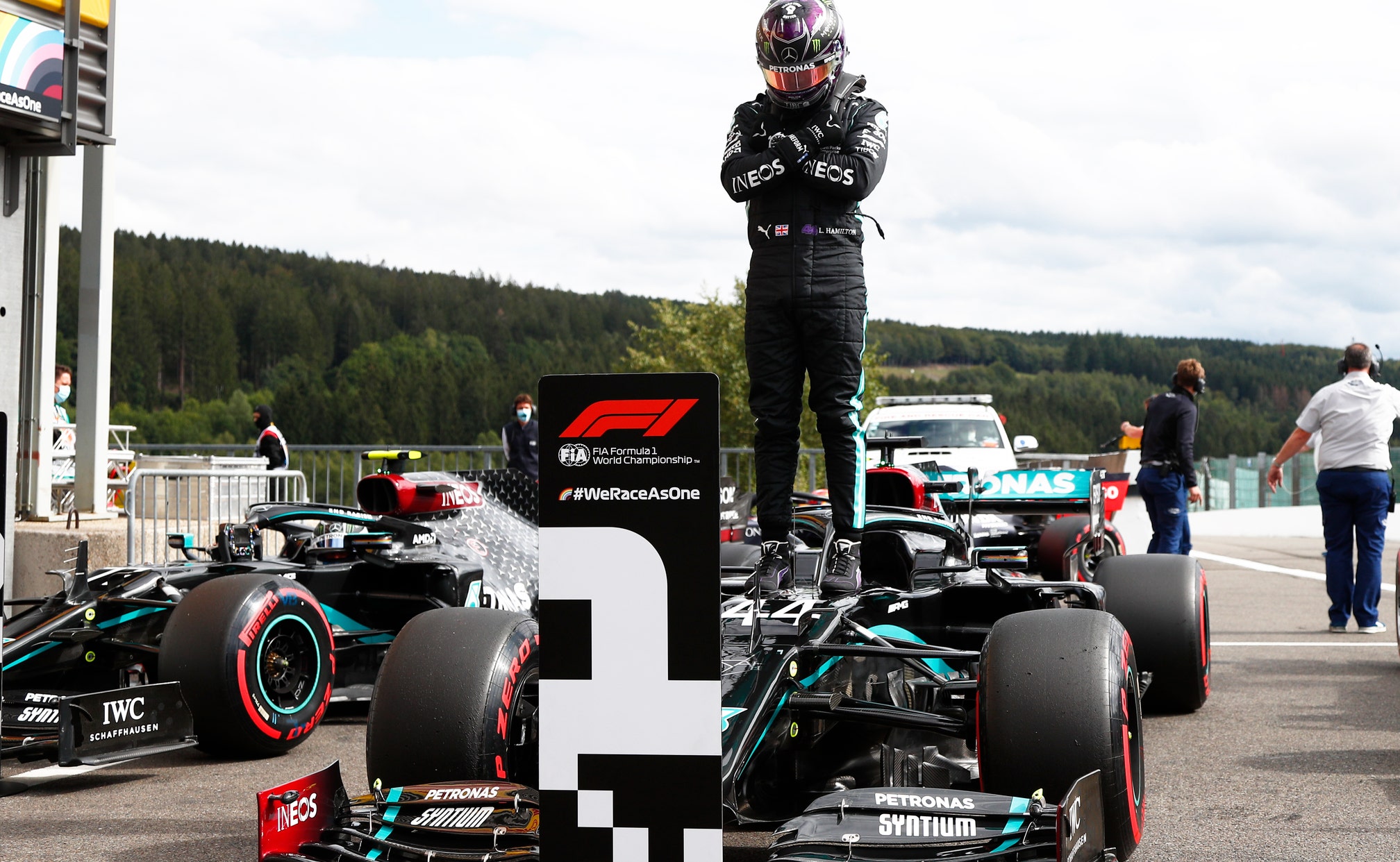 Prior to Saturday's Belgian Grand Prix qualifying session at Spa-Francorchamps, Formula One superstar Lewis Hamilton woke up to the news that Black Panther star Chadwick Boseman had died on Friday, after a four-year battle with colon cancer.

Hamilton is a 6-time Formula One World Champion, often regarded as the greatest driver in the history of the sport. Only Michael Schumacher has more F1 World Championships (7), and Hamilton's 88 career victories are only three behind Schumacher's all-time record of 91, two records well within reach for the 35-year old Hamilton.

However, despite his success, Hamilton might be best known for being the one – and only – Black driver in the history of Formula One racing, a driver who has dealt with his fair share of racism since entering the sport and pushed back at every turn.

So on Saturday, less than a day after Boseman's death, Hamilton apparently wanted to do something special for the actor who not only played Black Panther, but also portrayed several other prominent Black figures, such Jackie Robinson in 42, James Brown in Get On Up and Thurgood Marshall in Marshall.

Hamilton broke his own course record at Circuit de Spa-Francorchamps in Stevelot, Belgium, earning pole position for the sixth time ahead of the annual Belgian Grand Prix.

The Belgian Grand Prix is one of the most legendary and long-standing races on the Formula One World Championship circuit. Hamilton won the race in 2010, 2015 and 2017, a year in which he tied Schumacher's record for most pole positions with 68 – Hamilton now holds the record at 93 pole positions and counting.

At the conclusion of Saturday's qualifying session, Hamilton paid tribute to Boseman over his radio.

Then, he exited his car, stood on top of it, and honored Boseman via the "Wakanda Forever" salute that was popularized by in the Black Panther film.

Hamilton is currently atop the Formula One World Championship standings, having won four of the six races so far this season, all of which he poled in.

Sunday, he'll have a chance to do it again – this time, for Wakanda.

'The Kid' Joins Club Shay Shay
This week, MLB Hall of Famer Ken Griffey Jr. made his way to 'Club Shay Shay' to chop it up with Shannon Sharpe.
39 mins ago

MVP Watch: Brady Enters Fray
Russell Wilson has a firm lead in the MVP race, but a three-time winner with an unrivaled pedigree is creeping up the list.
4 hours ago
those were the latest stories
Want to see more?
View All Stories
Fox Sports™ and © 2020 Fox Media LLC and Fox Sports Interactive Media, LLC. All rights reserved. Use of this website (including any and all parts and components) constitutes your acceptance of these Terms of Use and Updated Privacy Policy. Advertising Choices. Do Not Sell my Personal Info