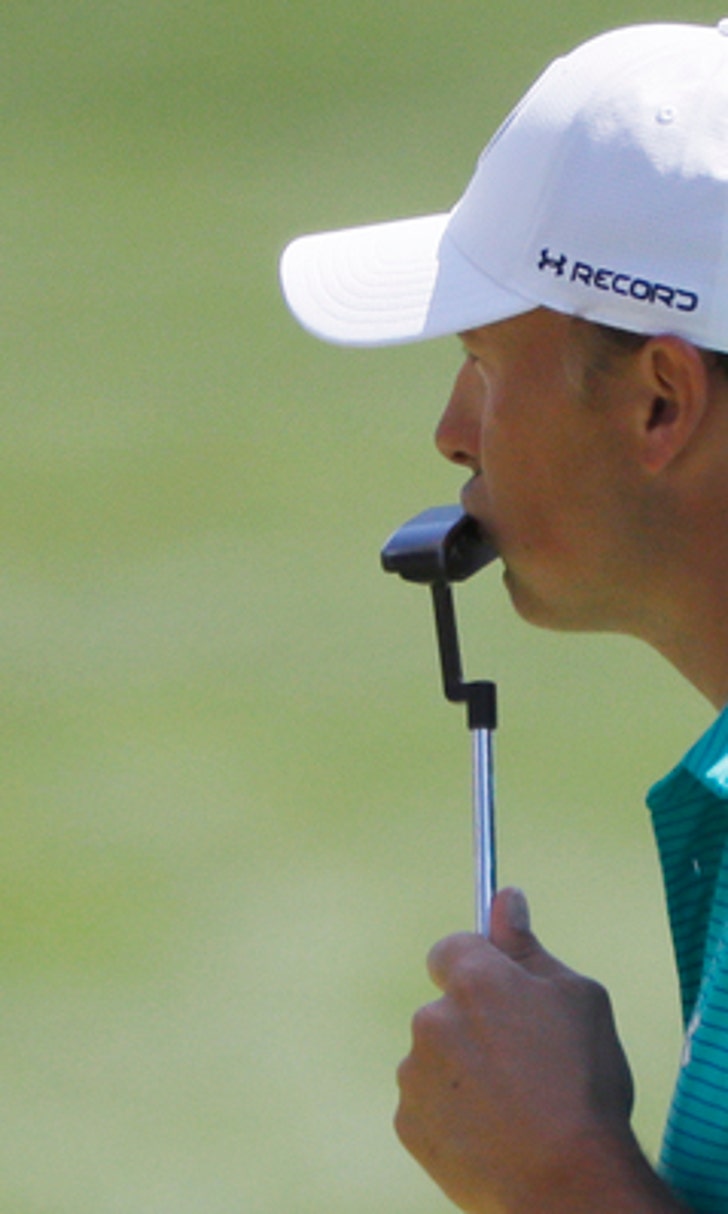 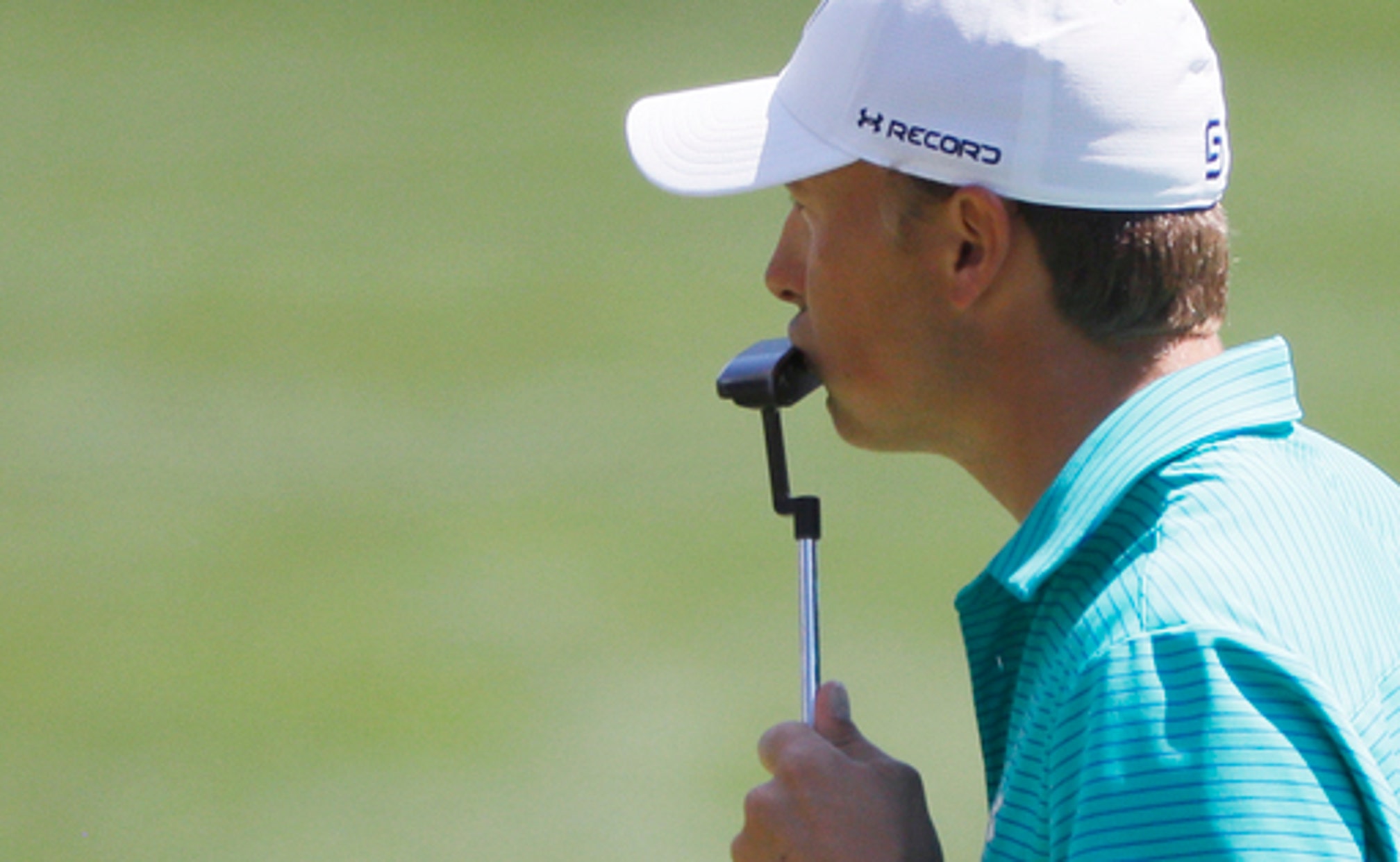 The Latest: Fast start puts Lowry up there with Spieth, Day 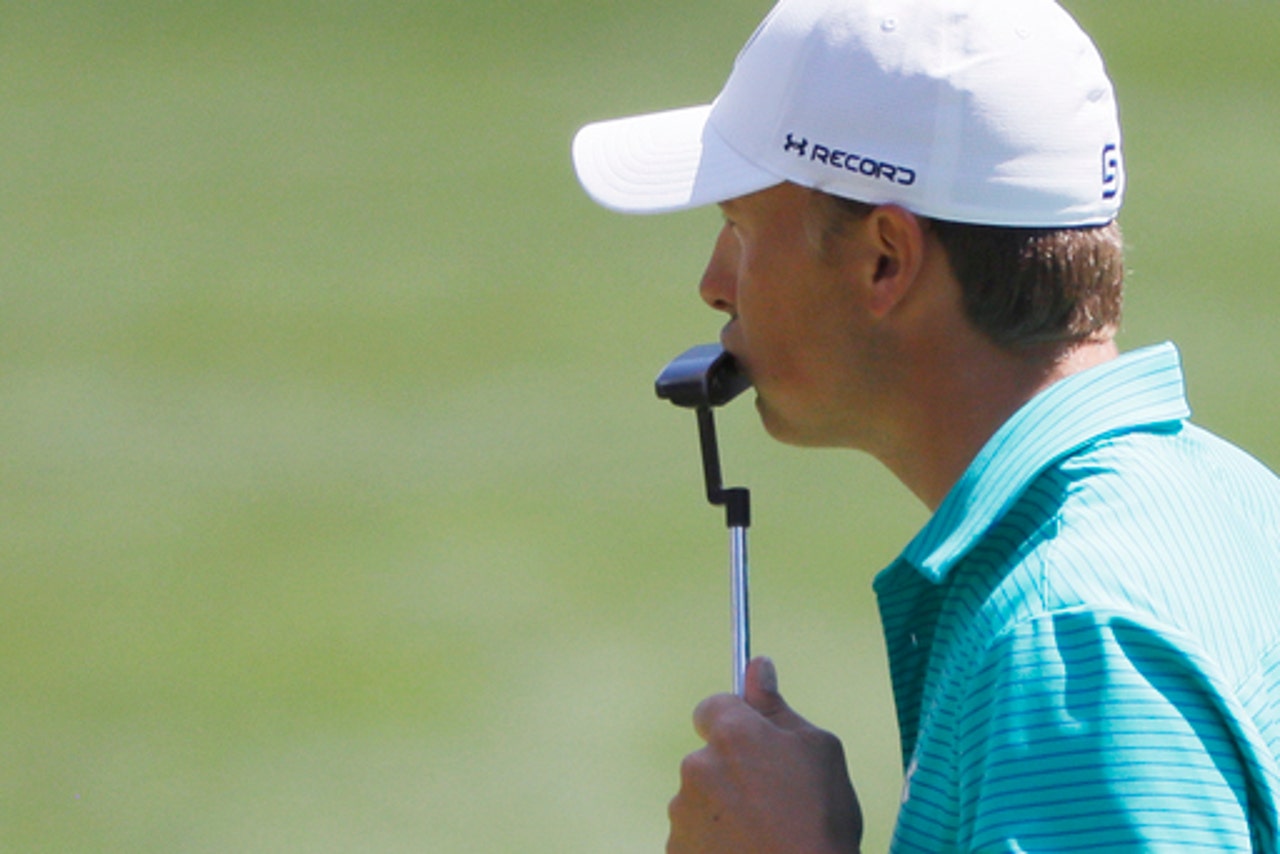 AUGUSTA, Ga. (AP) The Latest on the opening round of play at the Masters on Thursday. (all times local):

Shane Lowry's fast start places him right up there with stars Jordan Spieth and Jason Day at the Masters so far.

Lowry birdied holes 2-5 and is 5-under through nine holes. He made a 13-foot birdie putt on No. 4 and followed that with a 17-footer on the next hole. Defending champion Spieth took the lead into the clubhouse at 6 under.

Top-ranked Jason Day also was one shot back after nine holes but had his first bogey on No. 10 to leave Lowry alone in second.

Lowry, who is from Ireland, won last year's Bridgestone Invitational. He missed the cut at the 2015 Masters.

The leaders don't usually get paired together until the weekend at the Masters, but defending champ Justin Spieth and Englishman Paul Casey took matters into their own hands in Thursday's opening round.

Spieth played bogey-free en route to becoming the leader in the clubhouse with a 6-under, bogey-free 66. Casey offset three bogeys with six birdies and was tied with two others at 69.

Spieth's most notable par save over the closing holes came at the par-3 16th, where he dropped a 15-footer and kissed the putter as he walked off the green. Casey made birdie there, but tripped on the next hole.

Ernie Els has made Masters history - and not in a good way.

After his first two shots it was almost literally downhill from there with putts sailing back-and forth past the hole. The frustration continued to mount, including missing a 10-incher with a one-handed flick of the putter during the embarrassing sequence.

His sextuple bogey is the worst score on the first hole at the Masters, beating the old mark by two strokes.

Rickie Fowler is having a roller coaster opening round at the Masters in pursuit of his first major title, including a triple bogey.

After starting with a double bogey, Fowler recovered with three birdies. Then came the triple on No. 13.

His drive went right, into the trees. Then Fowler had to take a drop after his third shot landed in the creek and he overshot the green, chipping it 17 feet past the hole and two-putting for an 8.

Fowler's luck didn't immediately get better with another drive into the trees on 14 after falling to 4 over.

Paul Casey joined Jordan Spieth on top of the Masters' leaderboard at 3-under - momentarily.

Casey caught his playing partner with a long birdie putt at No. 10, prompting a celebratory fist pump. But Spieth quickly responded with his own birdie on the same hole to move to 4-under.

While Spieth is trying to become the first repeat winner since Tiger Woods in 2001 and 2002, Casey's had some success at Augusta National, too.

He's finished in the top 11 four times and was tied for sixth a year ago.

Jordan Spieth is picking up where he left off at the Masters.

The defending champion has the early lead after making three birdies on the first eight holes, including a 10-footer at the par-3 sixth. England's Paul Casey and Daniel Berger are at 2-under par.

Zach Johnson, the 2007 Masters winner, dropped out of the lead just before the turn with a bogey at No. 9.

The 22-year-old Spieth became the second-youngest Masters winner with his dominating 18-under performance a year ago. The last repeat winner: Tiger Woods in 2001 and 2002.

Zach Johnson and Bernd Wiesberger are tied for the lead at the Masters.

Johnson, who won the green jacket in 2007 and added another major title at last year's British Open, rolled in two straight birdies to join the Austrian in the top spot. The second of those was especially impressive, after Johnson overshot the green with his approach shot at No. 7. He rolled in a treacherous downhill putt off the fringe to push his score to 2-under par.

Wiesberger birdied the par-5 second hole, and added another birdie at No. 7 to make the turn with a 34.

Among those one shot off the early pace: defending Masters champion Jordan Spieth.

Rickie Fowler has bounced back from a tough start at Augusta National.

After hitting his opening tee shot into the trees and taking a double-bogey, Fowler made birdies on three of the next four holes to push his score under par.

Fowler is one stroke behind early leader Bernd Wiesberger of Austria and part of a group that also includes 66-year-old Tom Watson, playing in his final Masters.

Defending champion Jordan Spieth is also 1 under after a birdie at No. 3.

Spieth is trying to become only the fourth player to win back-to-back Masters.

Playing in his final Masters, 66-year-old Tom Watson is atop the leaderboard in the early going at Augusta National.

Watson, a two-time Masters winner, birdied the third hole and is among six players at 1 under.

His main goal is to make it to the weekend. Watson hasn't made the cut at Augusta since 2010.

Rickie Fowler is off to a rough start in pursuit of his first major championship.

Fowler made a double-bogey 6 on the first hole of the Masters. His trouble began with a drive into the trees right of the fairway, and he ricocheted his next shot off a tree.

Fowler is considered the best player in the world without a major title. It's the only thing keeping him from being lumped in with fellow 20-something stars Jordan Spieth, Rory McIlroy and Jason Day.

Journeyman Jim Herman, the last player to qualify for the Masters, got off to a much better start with birdies on his first two holes. But he quickly fell back with three straight bogeys starting at No. 4.

Defending champion Jordan Spieth has teed off at Augusta National.

The 22-year-old Spieth became the second-youngest Masters winner with his dominating 18-under performance a year ago. Now he's trying to become only the fourth back-to-back champion in tournament history.

Woods, of course, is sitting out this year's Masters while he recovers from back surgery.

The Masters is underway after a pair of ceremonial tee shots from Jack Nicklaus and Gary Player.

Eighty-six-year-old Arnold Palmer watched from a chair at the first tee, deciding not to take a swing this year because of health issues. So it was left to Nicklaus and Player to hit the shots that traditionally begin the first major championship of the year.

Fifteen minutes after the ceremony, the tournament began for real with Jim Herman and Steven Bowditch going off in the first group on a sunny, brisk morning at Augusta National, the course dampened by overnight thunderstorms.

Herman made a birdie on the first hole to put his name atop the leaderboard, sure quite a thrill for the 38-year-old journeyman playing in his first Masters. He was the last player to qualify for the tournament, getting in with his victory last weekend at Houston.