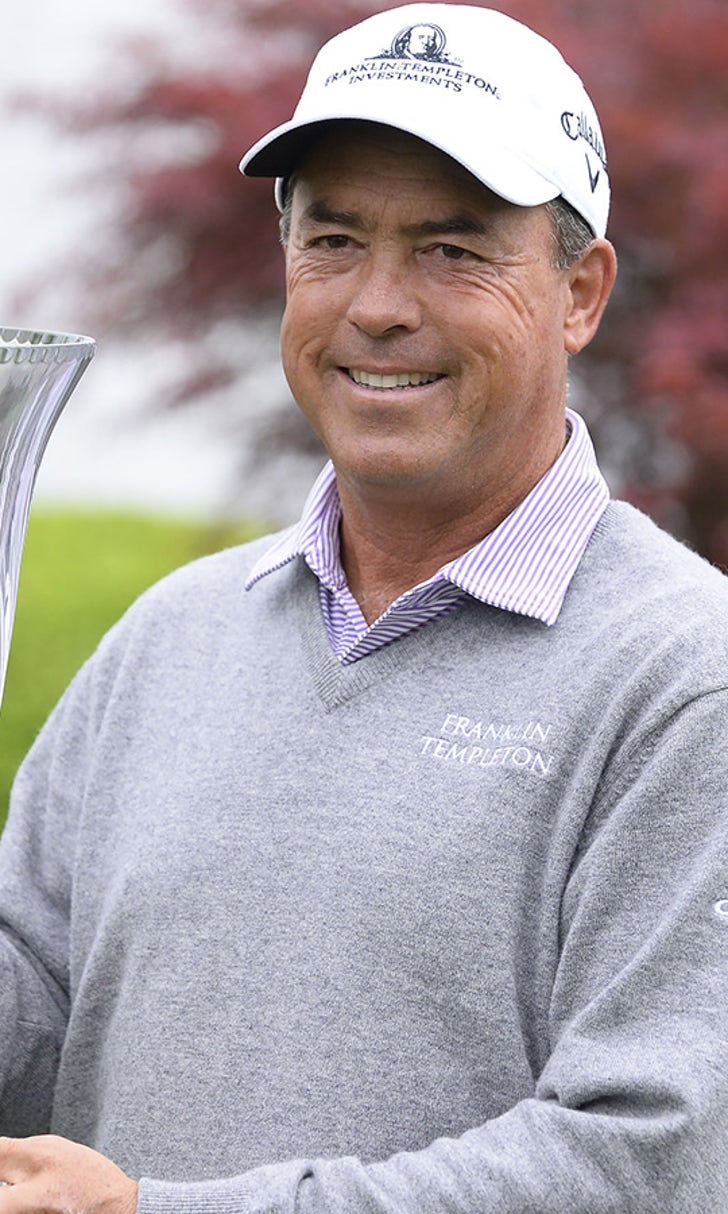 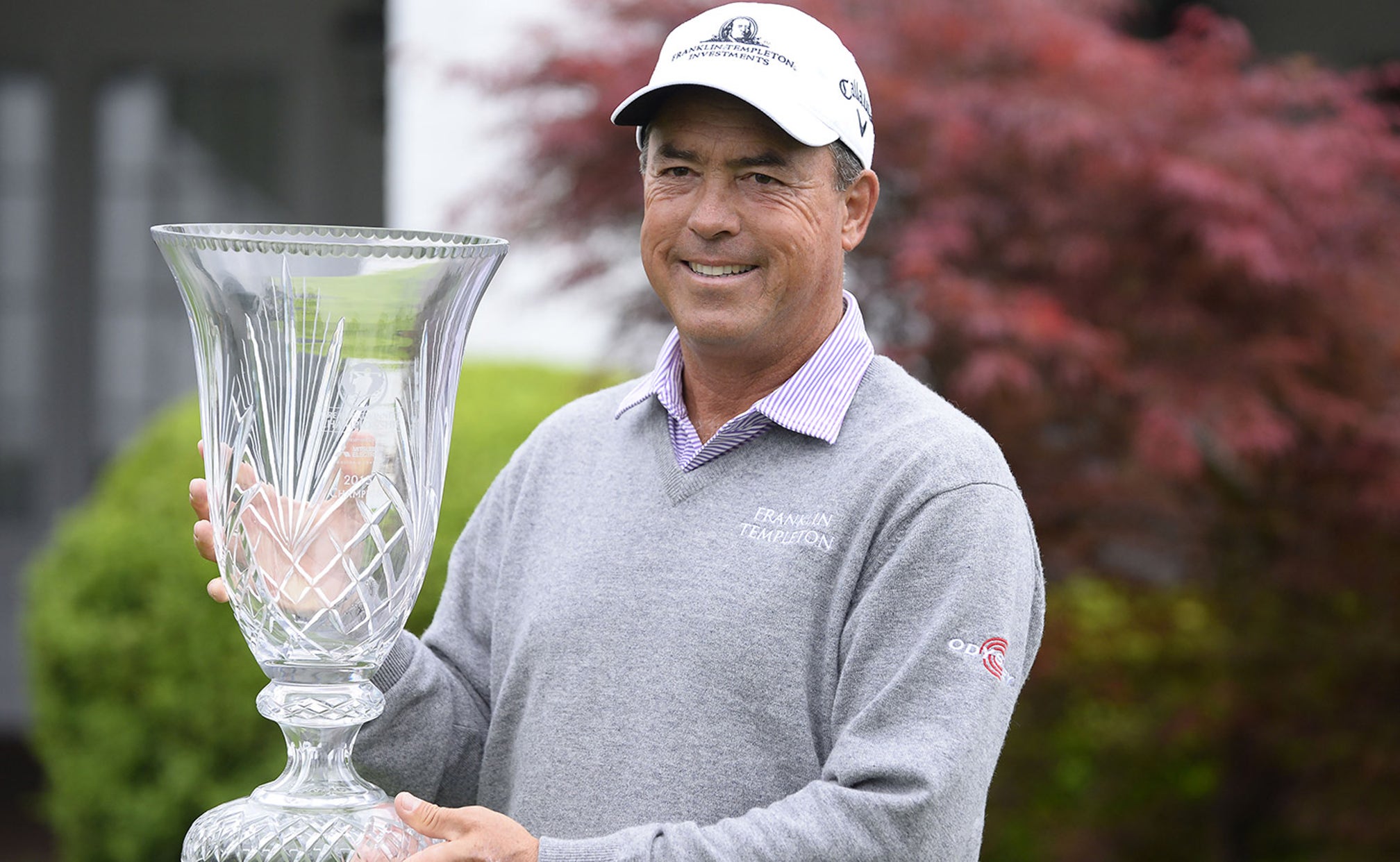 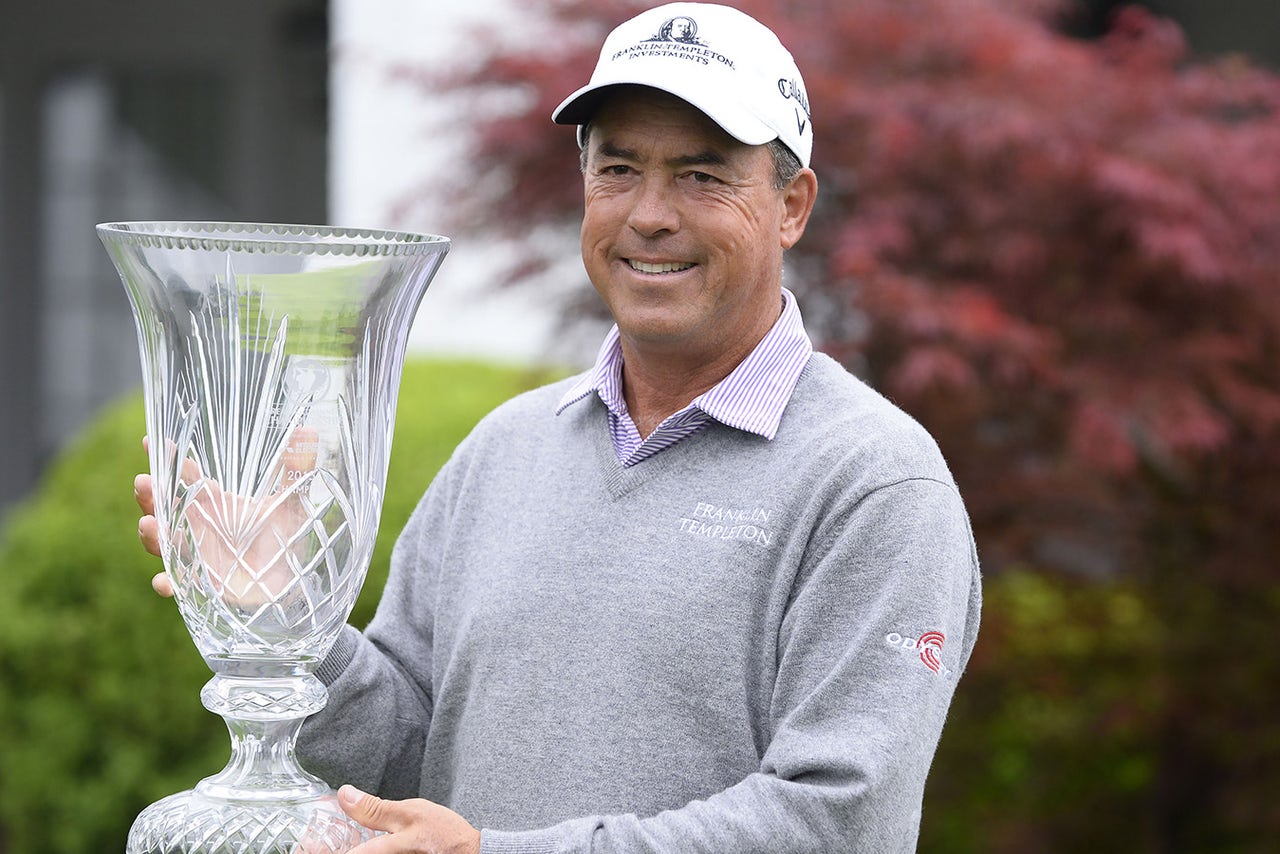 Relentless rain denied Olin Browne a chance to play the final round with Bernhard Langer. Then again, it gave Browne his first Champions Tour victory in four years.

Browne won the Greater Gwinnett Championship after rain washed out Sunday's final round. He finished Saturday's second round with a one-shot lead over Langer, the 2013 winner. Langer has one win and two second-place finishes in the tournament's three years.

"I was going to really enjoy playing with him," Browne said before pausing to gaze at the crystal trophy. "Having said that, I don't mind having that big sugar jar sitting with my name on it."

This is the first Champions Tour event to be shortened to 36 holes since the 2011 Insperity Championship in Houston. Browne finished fourth at that tournament, which was won by Brad Faxon.

"I was on the other side of (the cancellation) and I was hot about that," Browne said. "So they say things even out. Maybe it evened out my way this time."

The 55-year-old Browne set the tournament record with a second-round 64 to take the lead at 12 under. He then watched as Langer matched the record to move into second place.

Rain forced Friday's first round to be suspended and completed early Saturday. There was light rain, but no delays, in Saturday's second round, followed by more downpours Saturday night and Sunday morning.

"We all knew this was coming and it's really miraculous we got in 36 holes," Browne said. "It's springtime in the South. There's a reason you have those beautiful flowers out here. It's not springtime in the desert."

Rocco Mediate, the leader until his double bogey on No. 11 on Saturday, was third at 9 under. Defending champion Miguel Angel Jimenez tied for 10th at 5 under. First-round leader Tommy Armour III tied for eighth at 6 under.

"The rain made the fairways a nightmare, a quagmire, but they also softened the greens considerably, so the greens were a lot more receptive than they've been in the past," Browne said.

Brian Claar, the tour's vice president of competition, said the course was "absolutely saturated" after almost an inch of rain Saturday night.

"There was no way we could play today," Claar said. "We lost the golf course. The greens we could squeegee but the fairways, there was no place to play. ... There was nothing we could do, and more rain is right on the doorstep again."

The Atlanta area was in a flash flood and tornado watch Sunday.

Browne's only other career win on the tour came in the 2011 U.S. Senior Open. He has enjoyed a strong start to 2015, with four top-10 finishes in six events. With the win he moved from 11th to first in the points standings.

"I've made a commitment this year to try to play better more often. ... I guess you get a little more perspective as your career begins to wind down," he said.