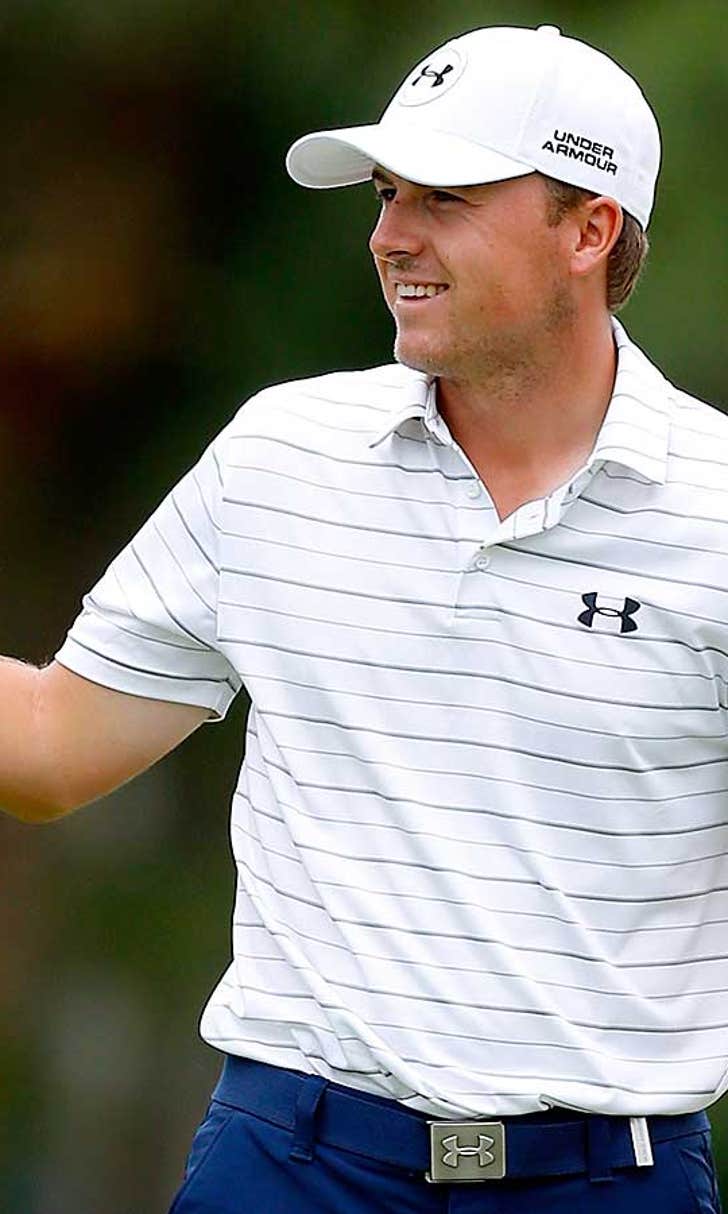 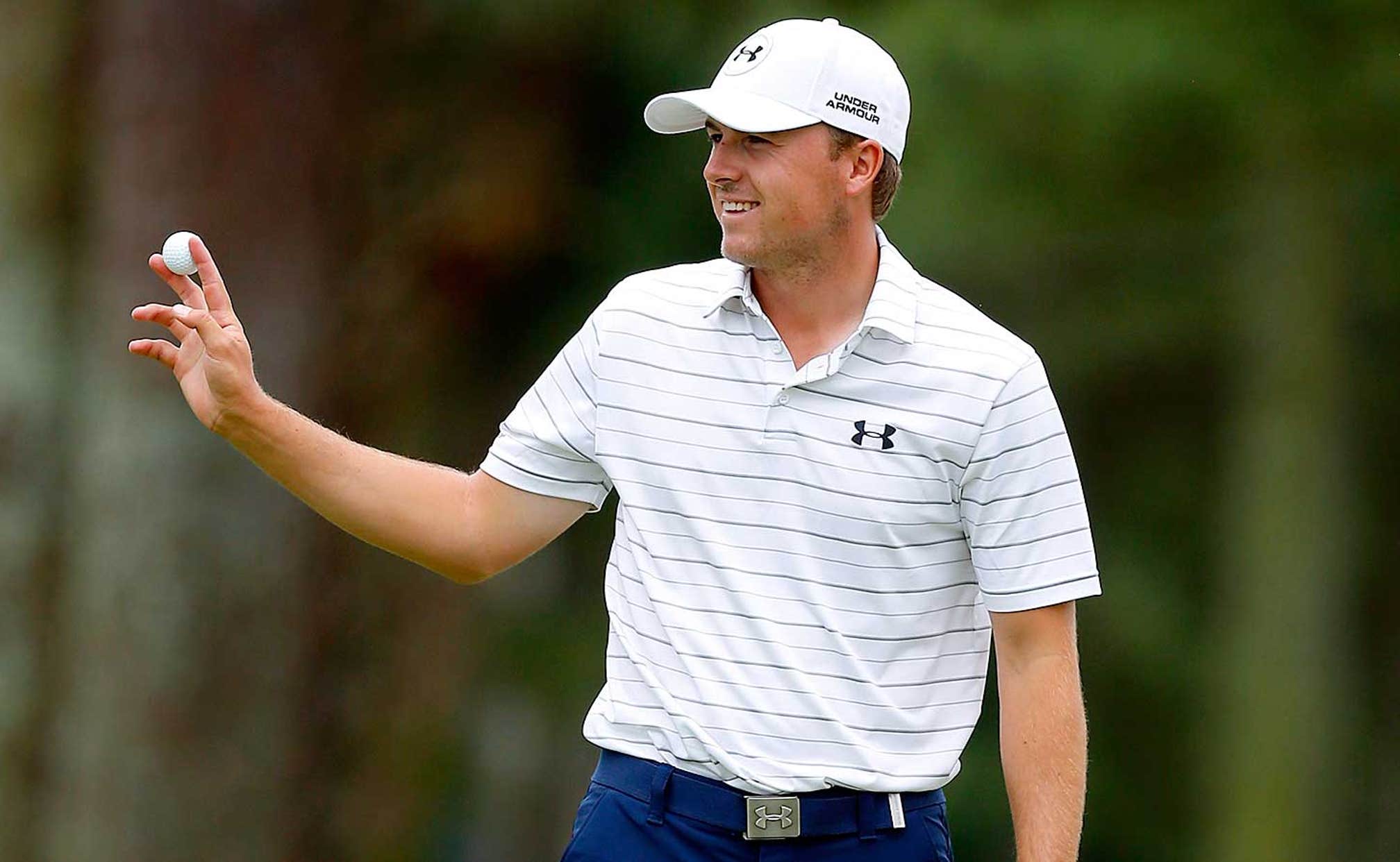 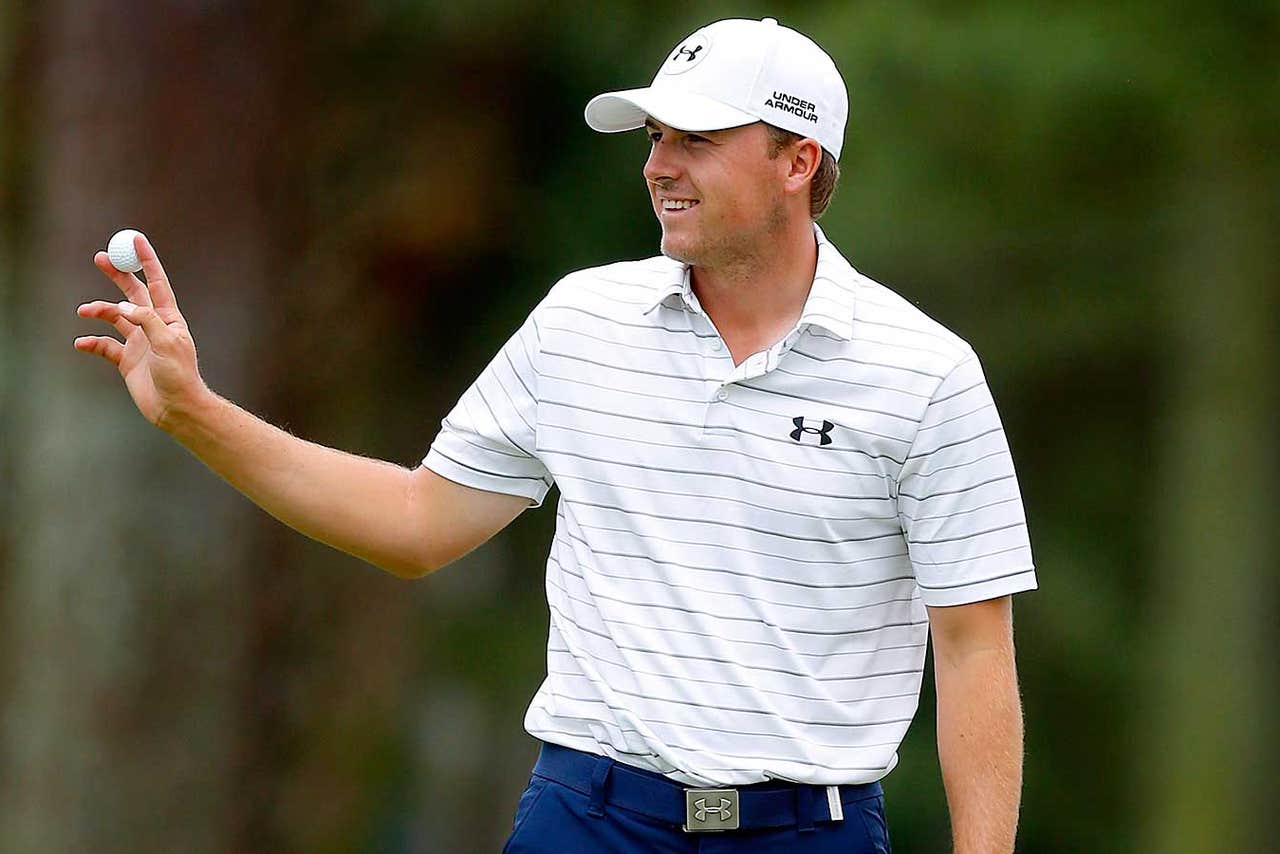 Just like that, Masters champion Jordan Spieth is back in contention for another title after shooting a 9-under 62 Friday at the RBC Heritage.

The 21-year-old Texan looked closer to missing the cut than challenging for the lead with a 3-over 74 in Thursday's opening round that left him tied for 93rd and eight shots behind.

But Spieth bounced back in a big way with a nine-birdie, no-bogey performance to finish at 6-under 136, two shots behind leader and RBC Heritage defending champion Matt Kuchar.

Graeme McDowell, the 2013 champion, was at 7-under after a 69 Friday. Half the field is still on the course for second round play.

Spieth was a shot off the course record of 61 set by David Frost in 1994. It was the lowest round at Harbour Town Golf Links since Peter Lonard opened the 2005 event with a 62 on the way to capturing the title.

"That was just better golf," Spieth said. "I told you guys yesterday, no excuses. I just played poorly."

Spieth's play Thursday ended a 16-round streak of shooting under par over his past four events: a win at the Valspar Championship, seconds at the Texas and Houston opens and his record-tying 18-under triumph at Augusta National last week where he matched Tiger Woods' winning mark from 1997.

Spieth said he corrected his ball position and cured the slice that kept him off target Thursday.

"I went back to posture, ball position, hand position and tempo," he explained. "And I struck that ball quite a bit better."

That was apparent from the start when Spieth matched his Thursday birdie total with an opening birdie on No. 10 in the second round.

Spieth's round took off at his trouble hole from the first round, the par-3 No. 14, where he landed in the water and left with a double-bogey 5. This time, Spieth's tee shot landed inside 20 feet and he made the birdie putt.

Spieth had birdies on two of the next three holes to move under par. He had consecutive birdies on the second and third holes, then closed the round in dramatic fashion in front of a growing and loud lunchtime gallery.

Spieth chipped in from 40 feet away on No. 8 for his eighth birdie before striking his approach on No. 9 to inside 4 feet and making the putt.

Most had understandably figured a highly fatigued Spieth wasn't long for the RBC Heritage. Along with a grueling week grinding for a green jacket, Spieth spent two frenetic days in New York celebrating the achievement.

He arrived Tuesday night and took the course yesterday without playing a hole of practice. But Spieth said he was motivated to improve on his poor early showing.

With milder conditions Friday, Spieth set a goal of three birdies on each nine to keep him comfortably inside the cut line.

"Once we got a couple extra to go, it was off and running and don't worry about your score," he said. "Just keep trying to make birdies."

Kuchar, playing in the same group with Spieth, tried to keep pace in shooting a 66 for a 36-hole total of 8-under 134. Kuchar was up to 9-under before a bogey on the seventh hole knocked him back. He needed par saves on his final two holes to stay in front.

Kuchar said Spieth's showing pushed him to play better, too.

"I was fun to be alongside Jordan Spieth," Kuchar said. "We were going back and forth. He played fantastic today. And I think you get a couple of guys playing some good golf, there's definitely got to be some momentum that helps the two keep going along."

McDowell played behind Kuchar and Spieth, yet wasn't fully aware of what was unfolding.