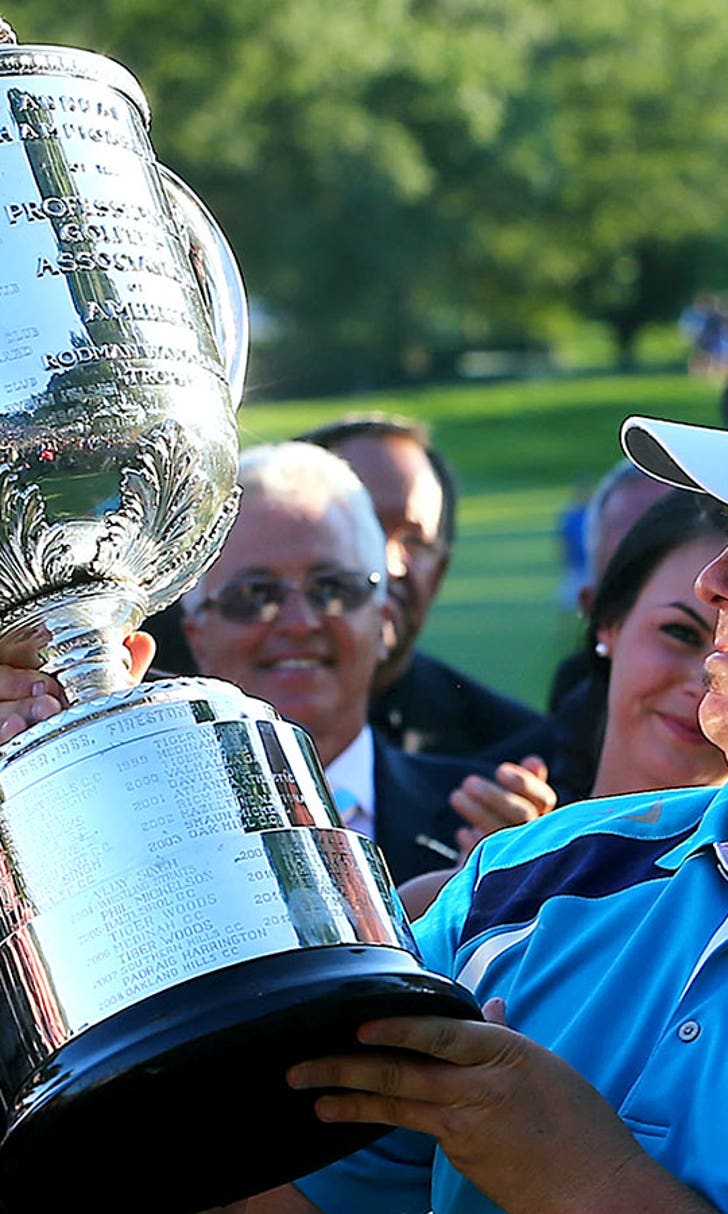 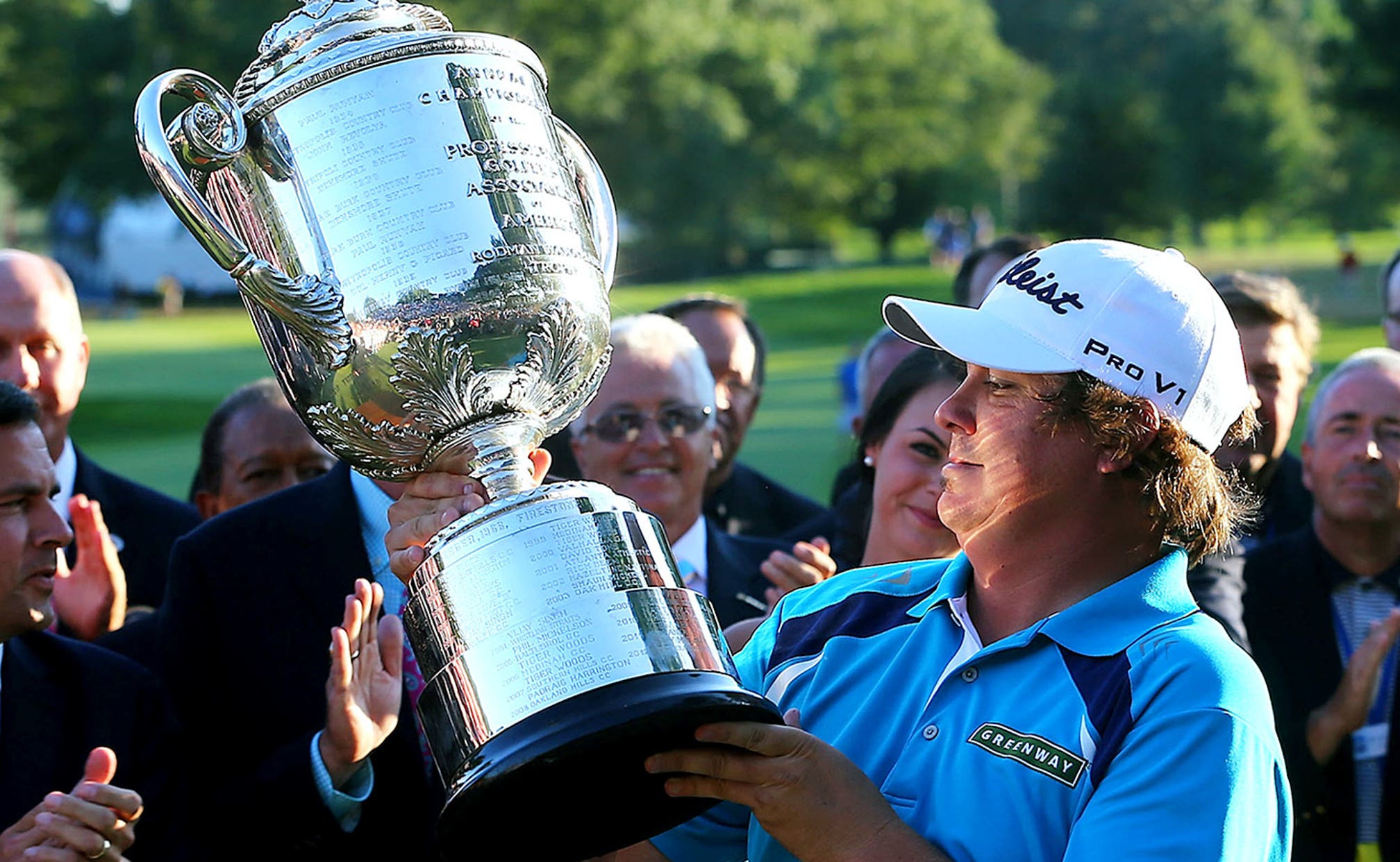 Dufner ailing as he prepares to defend PGA Championship 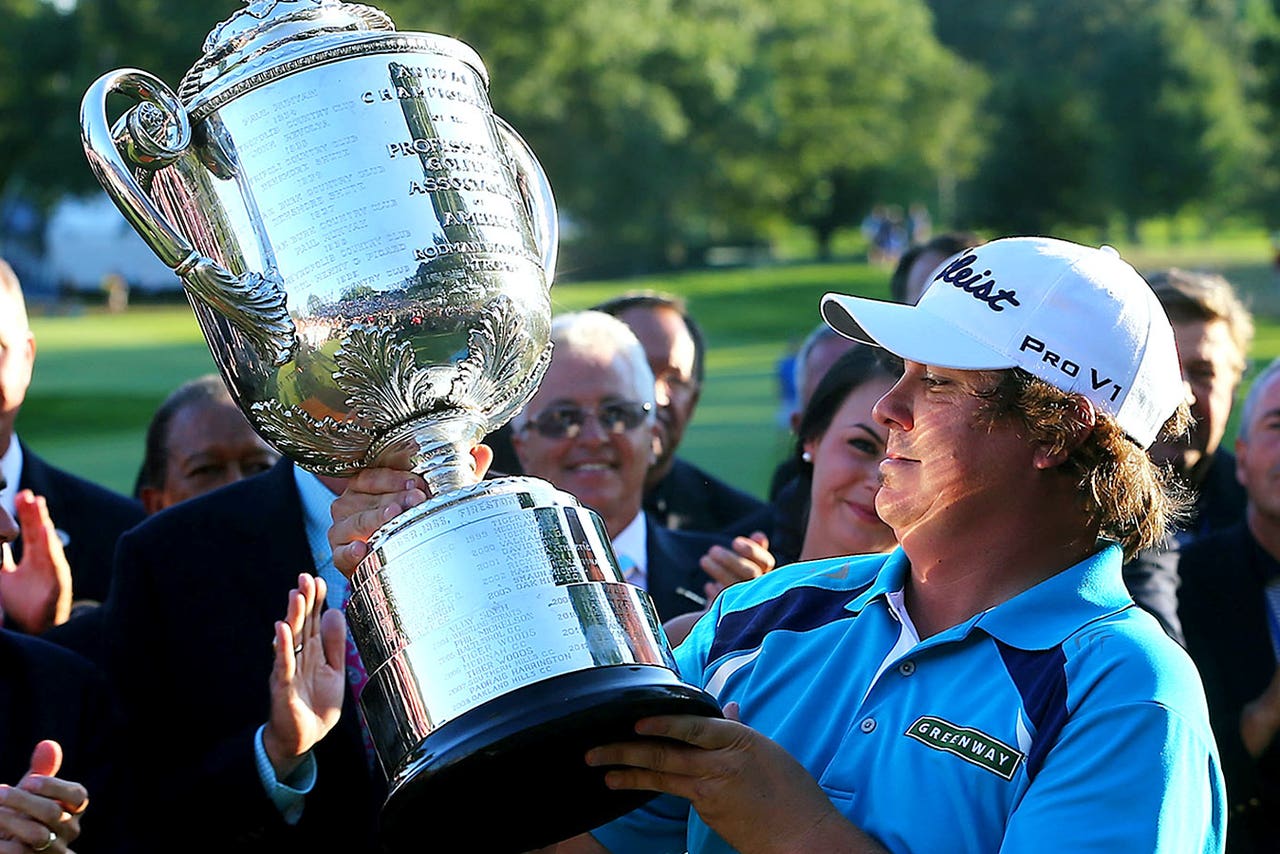 LOUISVILLE, Ky. --  Jason Dufner knows what he needs to do.

The defending PGA champion arrived at Valhalla with an aching neck and not much hope of lifting the Wanamaker Trophy for the second year in a row. At best, he hopes to play well enough to lock up a spot on the U.S. Ryder Cup team and, then, take some much-needed time off.

"I feel sore," he said Wednesday. "But I'll get through it."

Dufner said his pain is due to a degenerative arthritic condition that flared up about the time of the Masters in April. But he also blames himself for not staying in better condition.

"To be honest, it's kind of a blessing," said Dufner, whose practice time this week was limited to walking nine holes and playing the other nine. "I need to take a serious look at my health and maybe make a better effort to be in better shape. If you don't have your health ... it's pretty hard to be competitive out here."

The 37-year-old Dufner had an injection early last week, then tied for 66th in the World Golf Championship event at Firestone. He feels like the only way to fully recover is to take six to eight weeks off, yet doesn't feel like he can do that with automatic qualifying for the Ryder Cup to be determined by the final major of the year at Valhalla.

Dufner is eighth in the points and figures he needs to earn one of the nine automatic spots to be on the team. Given his shaky health, he wouldn't expect to be one of the three picks by U.S. captain Tom Watson.

If Dufner makes it, he's willing to sit out the FedEx Cup playoffs to ensure he's healthy when he gets to Gleneagles in September.

Clearly the Ryder Cup is his top priority.

"I'm right on the edge of the points," he said. "There's a lot of points this week. That's an important thing for me."

Dufner held off Jim Furyk for a two-stroke victory at Oak Hill a year ago, a week of redemption for a player whose most notable major performance to that point was squandering a five-shot lead with four holes to play at the 2011 PGA Championship in Atlanta.

His laid-back demeanor -- best captured in a picture of him dozing off in a stiff-armed pose that became known as "Dufnering" -- surely helped him overcome the bitter disappointment of throwing away his first major title. Instead of becoming another Jean Van de Velde or Scott Hoch, two guys who never got another chance after blowing their shots at glory, Dufner didn't let those memories weigh him down.

"I'm not the type of guy who sits back on the couch and reflects about much," he said.

That's fine, but Dufner's approach has spilled over to his conditioning -- a troubling issue, especially as he closes in on 40 and the pounds don't melt away as fast as they once did. Always a bit pudgy, he'll never have the lean, muscular physique of some of his fellow players. But he acknowledges the need to get fitter.

"You can take a look and see," he told a reporter bluntly. "It's not that hard (to tell)."

The neck problem has limited the mobility in Dufner's shoulders, which in turn has affected his swing and cut down on his practice time. His conditioning work has also been affected, so he tends to tire quicker than before.

None of that is good for his golf game.

It has certainly showed in the majors.

Dufner missed the cut at the Masters after opening with an 80. He also failed to make it the weekend at the U.S. Open. He tied for 51st at the British Open.

"It's kind of a wake-up call that I need to do a better job with my health," he said. "I've had a lot of discussions with people on my team about a better plan to get in better shape so I can be out here and be competitive. It's no fun not being competitive because of your health."

Ryder Cup captain Tom Watson is up to speed on Dufner's condition and knows how eager he is to make the team.

Two years ago, Dufner was one of the top U.S. players at Medinah. He helped build a commanding lead heading into the final day, and was one of only three American players to win their singles match. Europe pulled off a stunning rally to keep the cup by a single point.

"Duf says, `I want to make this team,'" Watson said. "After what happened at Medinah, I'd be the same way. I'd want to be getting on the team and do what you have to do to get that cup back."