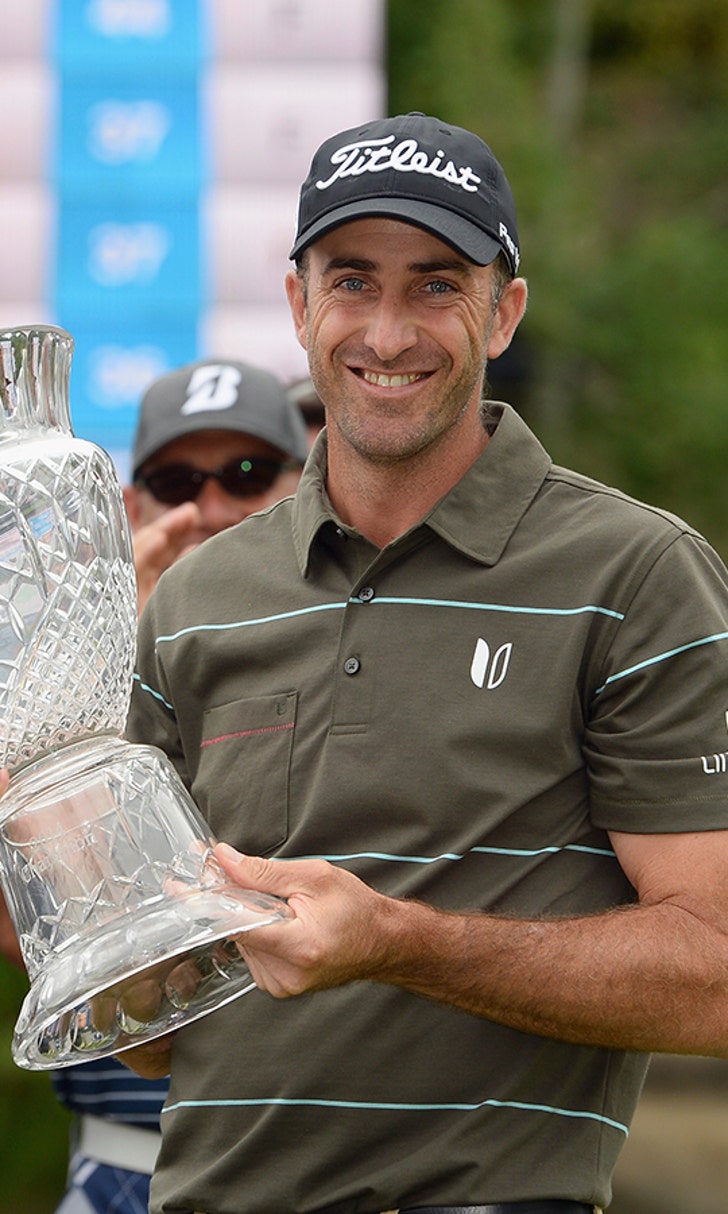 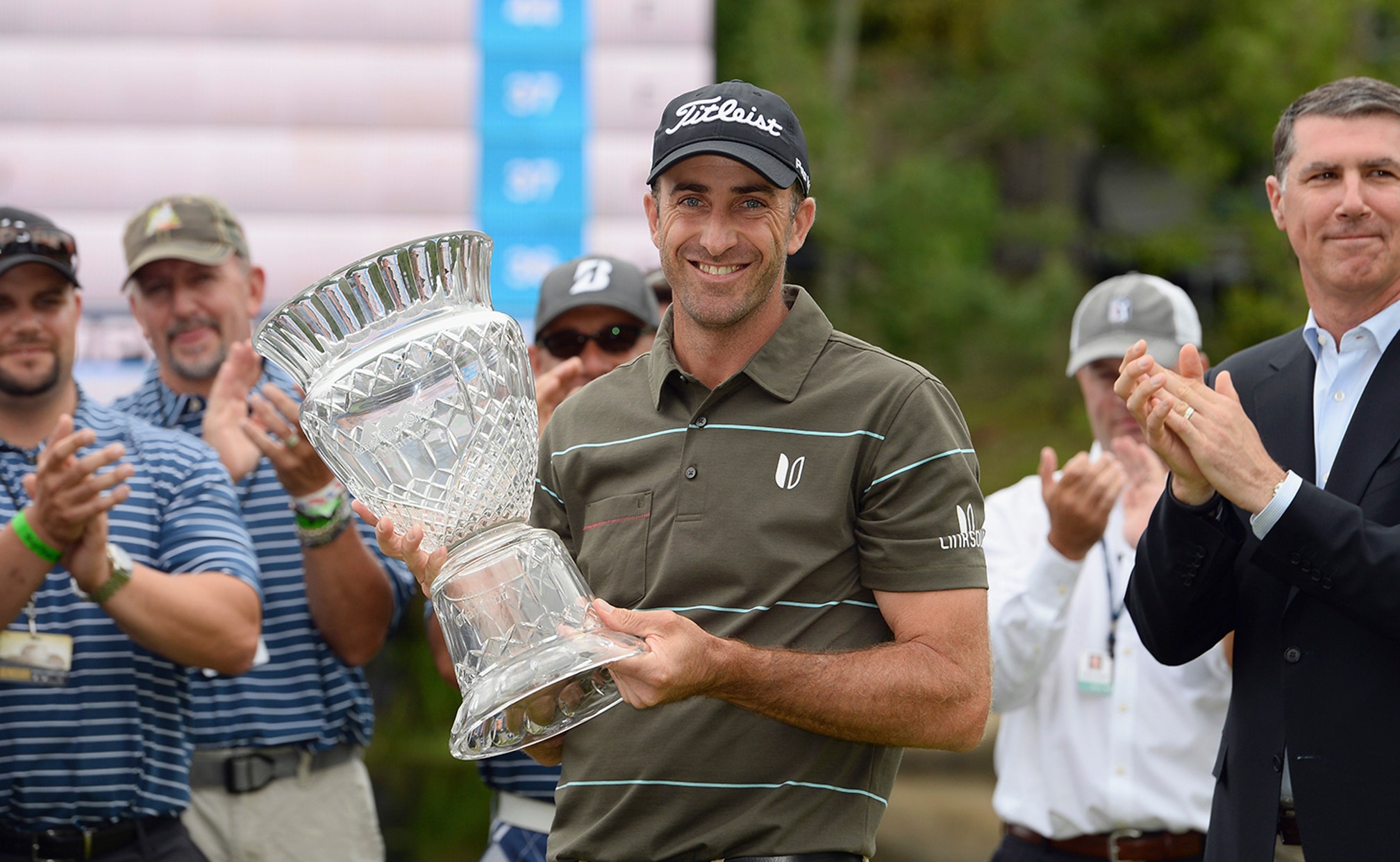 previous story
Petersen ready to see Miles on practice field
next story
Scott Linehan: The plan for managing Tony Romo's reps is a great one 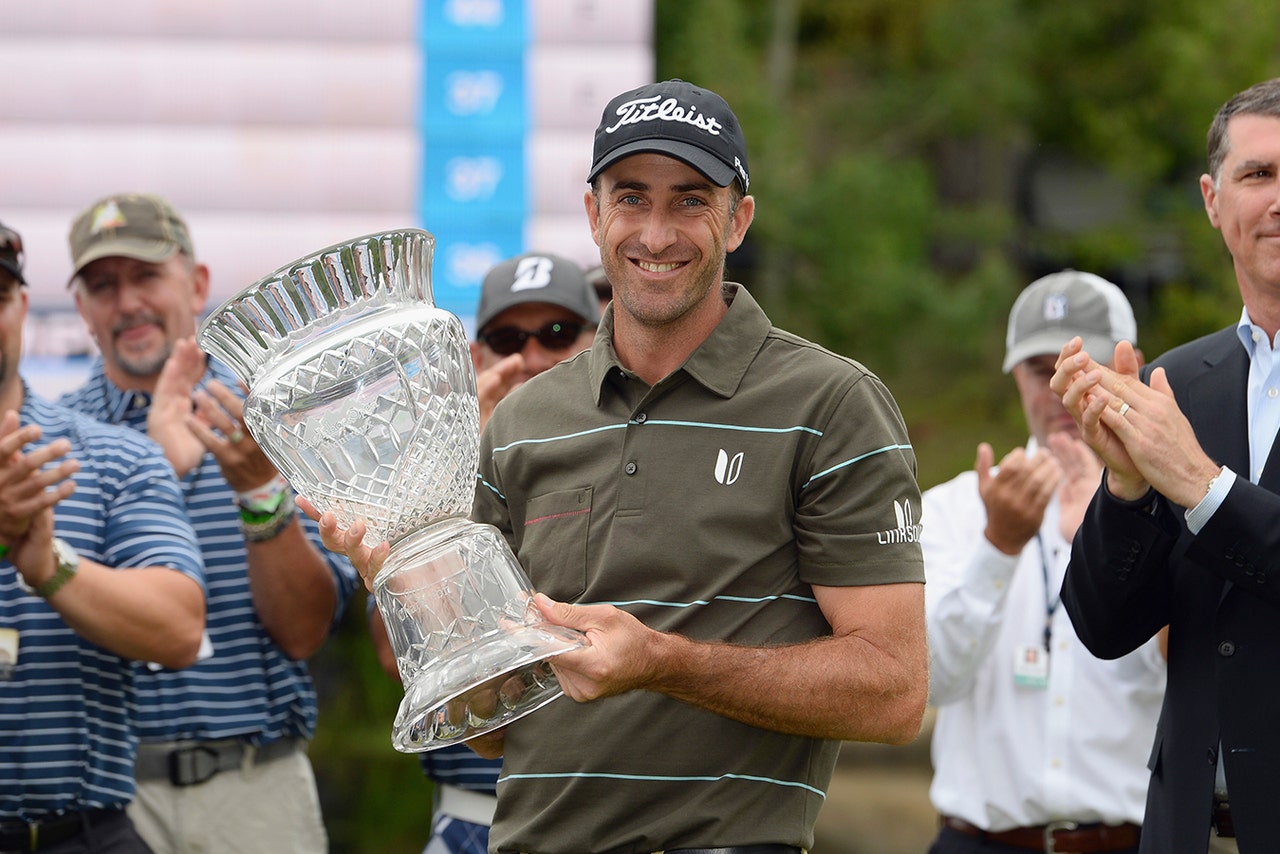 Geoff Ogilvy showed up at the Barracuda Championship on the verge of losing his PGA Tour card after another disappointing tournament in Canada. Frustrated and tired, he had to be talked into playing at all.

"I was 50-50 on coming here this week," Ogilvy said. "On Monday night, I had like a really long trip back from Canada and I was tired and over it and frustrated. Everyone talked to me into it. Said, `Come to Reno. You'll like Reno. You're playing well.'"

The 37-year-old Australian left scenic Montreux on Sunday with his eighth PGA Tour title, a full exemption through the 2015-16 season, spots in some big events -- and a lot of confidence.

Ogilvy won for the first time since the 2010 Tournament of Champions at Kapalua, scoring five points with a 25-foot eagle putt on the par-5 13th and pulling away for a five-point victory in the modified Stableford event. Players received eight points for double eagle, five for eagle, two for birdie, zero for par, minus-one for bogey and minus-three for double bogey or worse.

The first international winner in the 16-year history of the event, Ogilvy had 14 points Sunday to finish with 49. He had 14 points in the first round, 16 in the second and seven in the third in the format that rewards aggressive play.

"The format suits me, I think," Ogilvy said. "Got off to a really good start. Holed a couple nice putts on the front nine on Thursday. From then on, I barely missed a shot. ... But for 72 holes, it was one of the better bodies of works I've put together."

"Obviously, it feels like it's been a long time coming," Ogilvy said. "Feels like a long time ago, Maui in 2010. It's been a bit rough the past few years. I was playing really well most of year this year. Just didn't make any putts, which was kind of the story for the last two or three years, which is usually the story when you ask a pro why isn't he shooting good scores."

Ogilvy was making his first appearance at Montreux since 2002 after failing to qualify for the World Golf Championship-Bridgestone Invitational. In danger of losing his PGA Tour, he entered the week with only two top-25 finishes this season and was 151st in the FedEx Cup standings. He earned 300 points Sunday to jump to 86th in the standings, with the top 125 qualifying for the playoff opener.

"It's pretty satisfying," Ogilvy said. "Pretty rough packing up in the locker rooms missing cuts and having bad finishes. People watch the TV and see all the fun and happiness of the PGA Tour, but it can be pretty desperately depressing as well spending time away from home, beating your head against the wall, just getting frustrated. Depressing is a bit strong a word, but really frustrating."

He earned $540,000 and a spot next week in the PGA Championship at Valhalla in Louisville, Kentucky.

"Obviously, I'm happy I'm in the PGA," Ogilvy said. "Haven't missed a PGA for a really long time. I had already mentally kind of checked out it and have to check back into it, I guess, tonight. I don't like missing the big tournaments. I love playing in the big tournaments."

Justin Hicks was second at 44 points after an 18-point day.

John Huh and Jonathan Byrd tied for third at 37. They each had 11-point rounds.

Nick Watney, three points behind Ogilvy entering the final day after leading after each of the first two rounds, tied for eighth at 34 points. He had three birdies and four bogey in a two-point round.

"First few days were great," Watney said. "Today, didn't have my best stuff, but I think I'm on a good path. Looking forward to next week. ... Just have to make more putts."