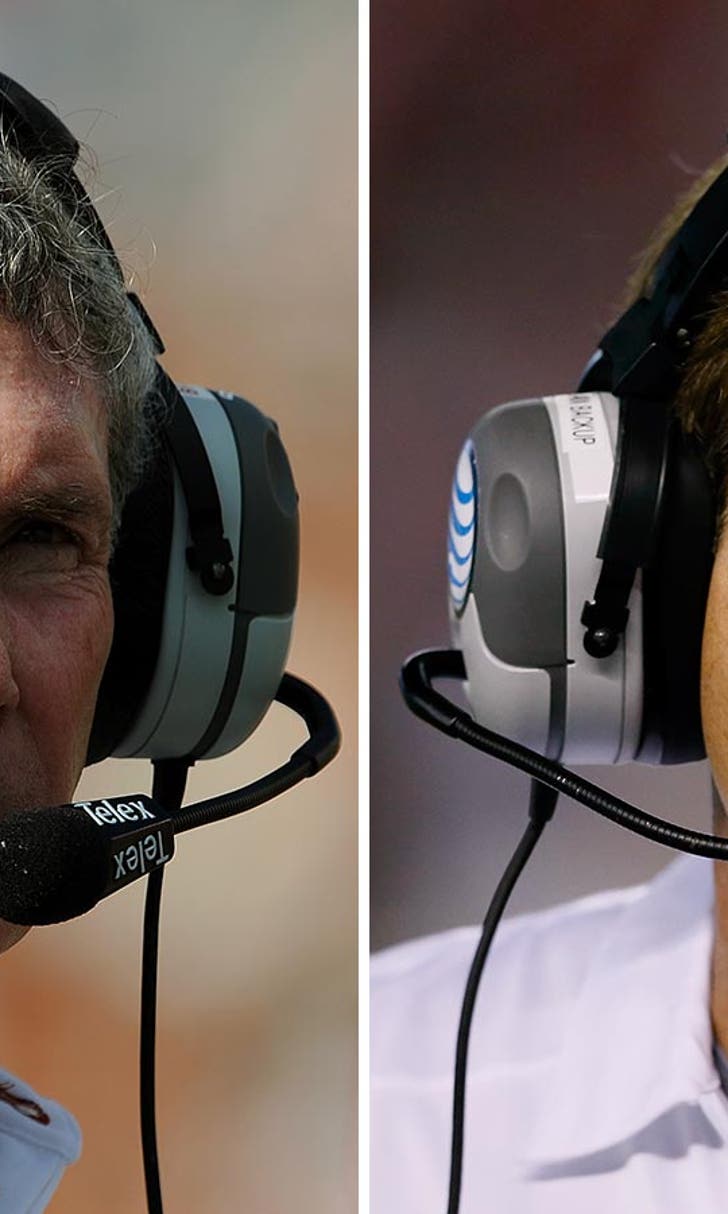 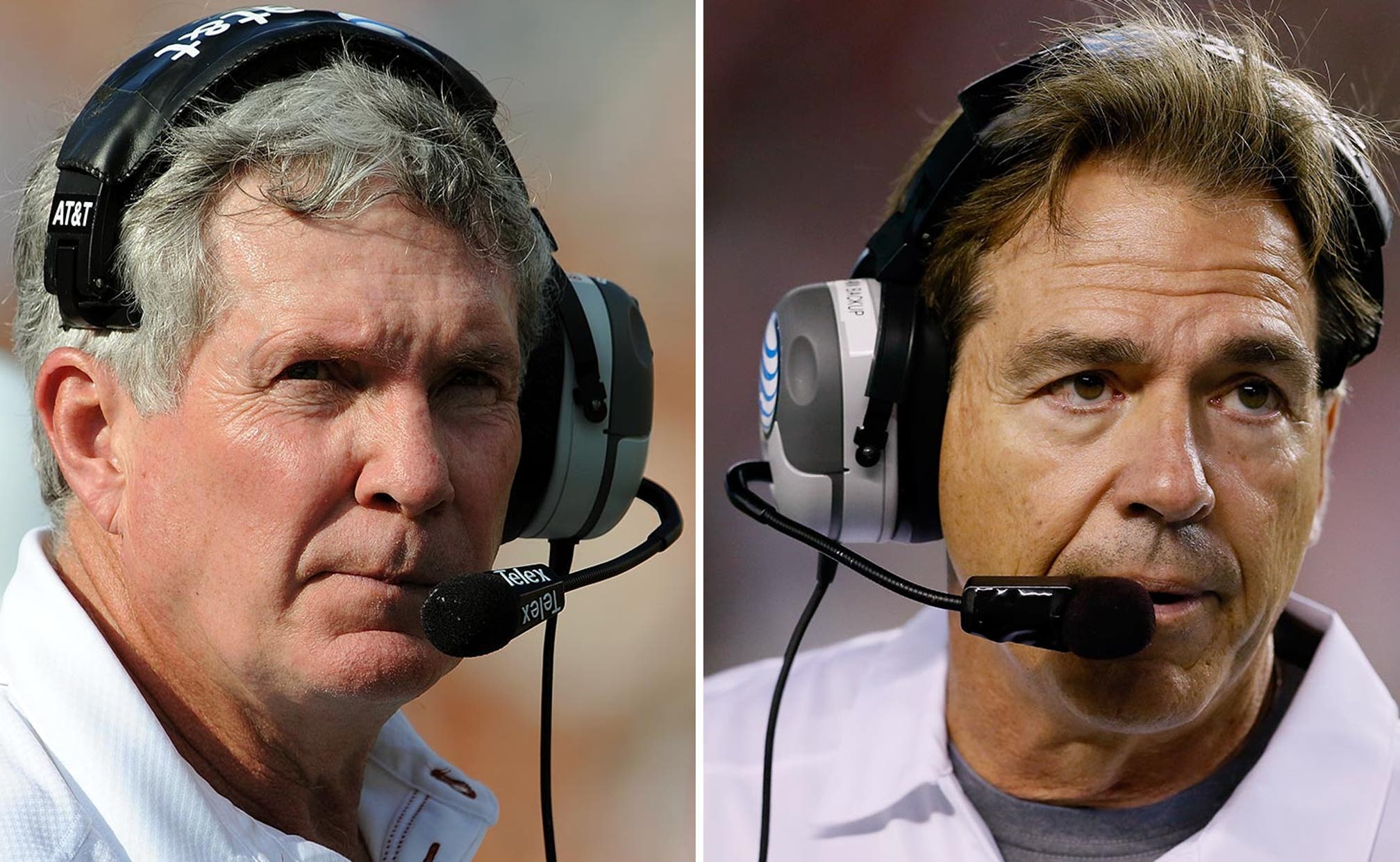 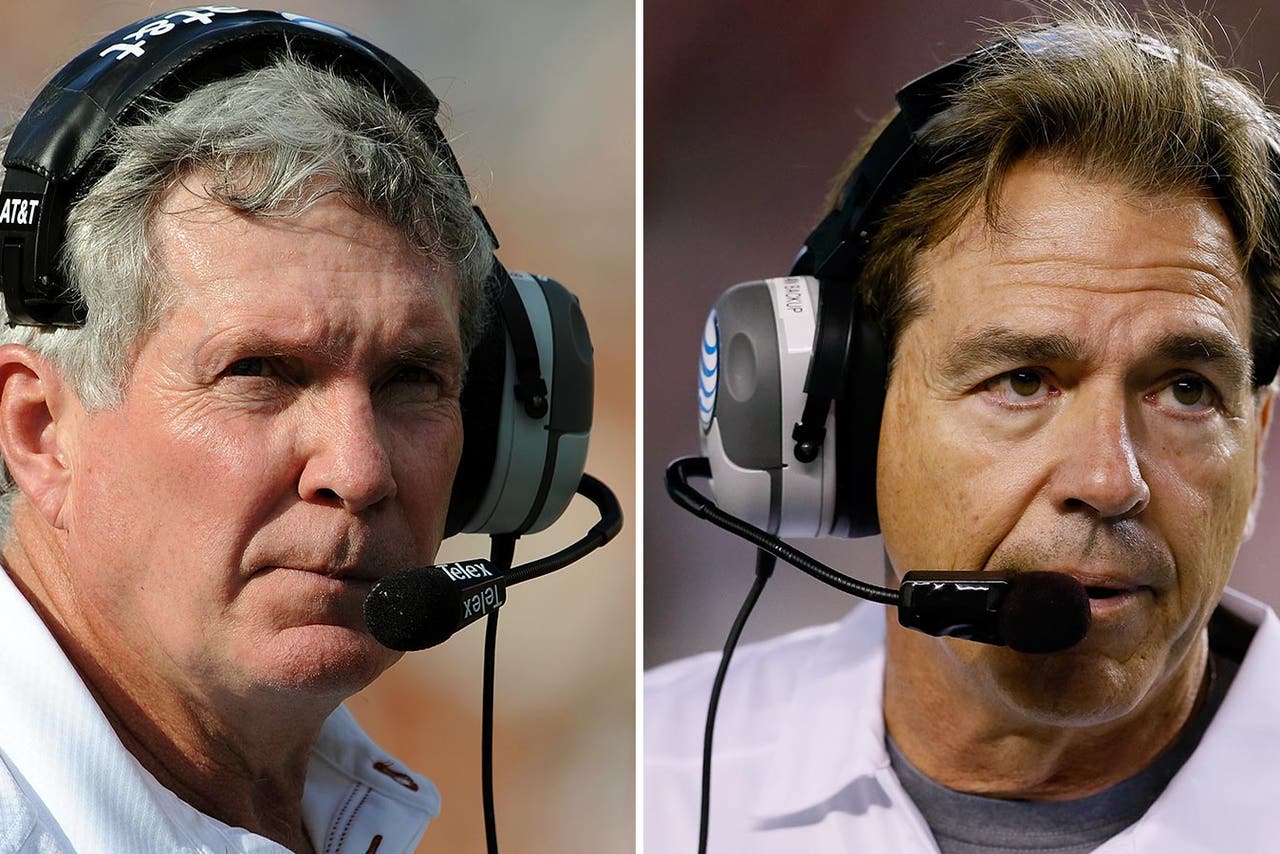 Which means one thing: let the Nick Saban to Texas rumors begin.

After a day of Saban rumblings, TCU beat reporter Stefan Stevenson of the Fort Worth Star-Telegram pushed the narrative to yet another level by tweeting this:

Or is Saban just using the rumor as leverage in negotiating a new contract with Alabama?

Earlier in the day, FOX Sports Southwest reported that a mischief-maker had paged Saban at the Austin-Bergstrom International Airport. Tweets from multiple sources corroborated the incident.

Brown has been on the hot seat throughout the 2013 season. A poor start caused the departure of defensive coordinator Manny Diaz, as the Longhorns went 1-3 out of the gate.

At #atx airport. Over intercom, just heard Nick Saban paged to meet his car at curb side check in. Hmmm...

Since that point, Brown was able to right the ship and lead Texas to seven wins over the course of the team's next nine games. But on Tuesday the subject of his job status reached its tipping point.

Earlier in the season, some Longhorn fans sported "Saban 2014" t-shirts while tailgating before a Texas game with Kansas State, following an AP report that the Alabama coach's agent had met with UT regents over the previous winter and stated Texas is the only job that could cause Saban to leave Alabama.