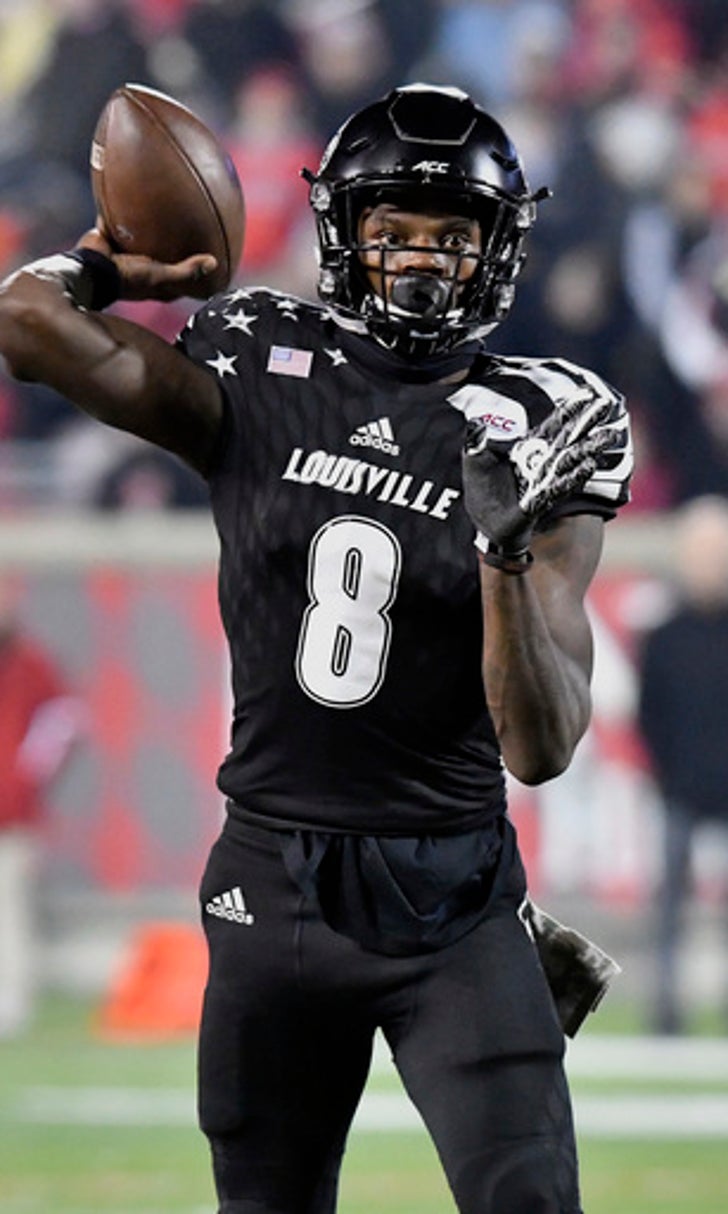 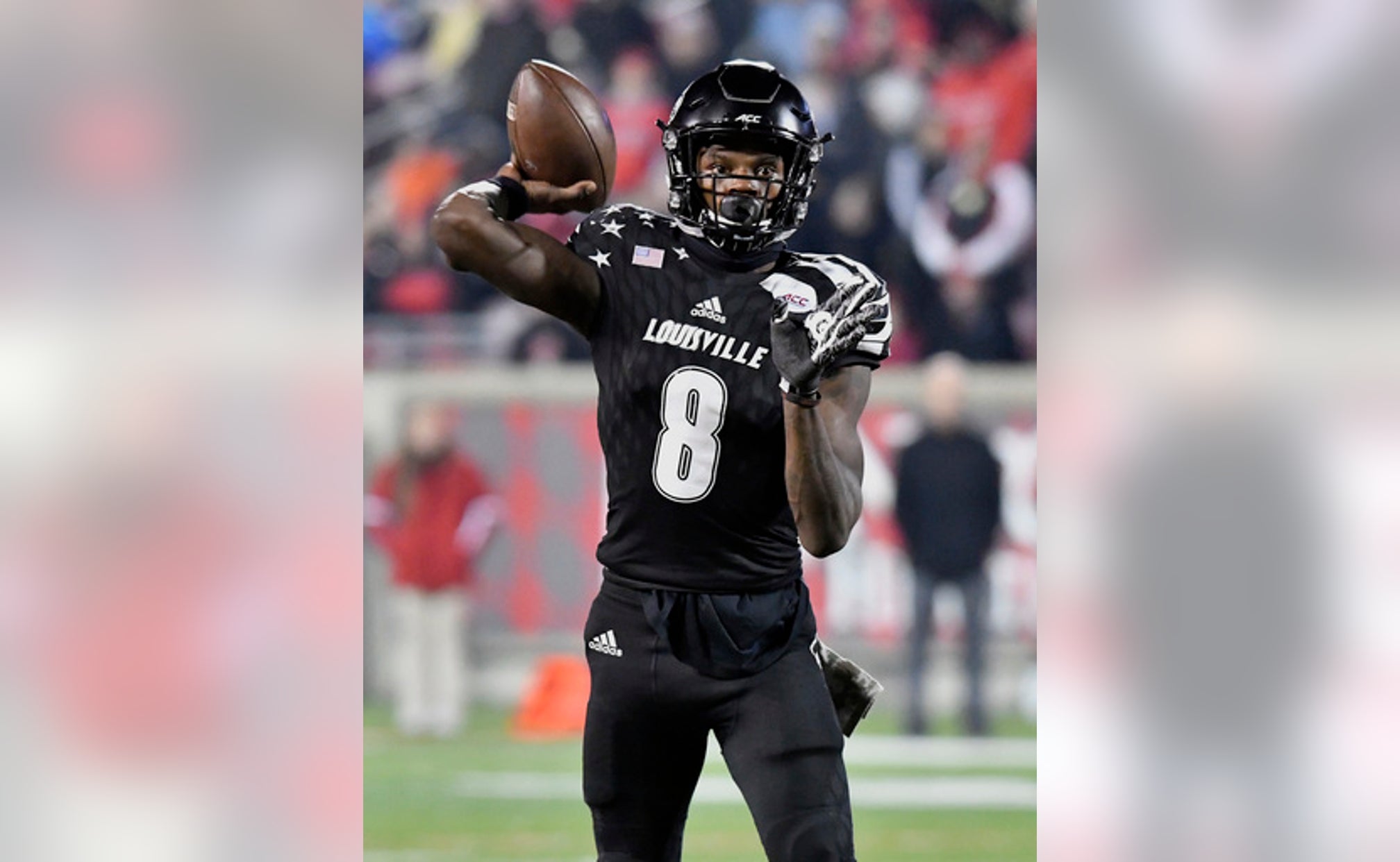 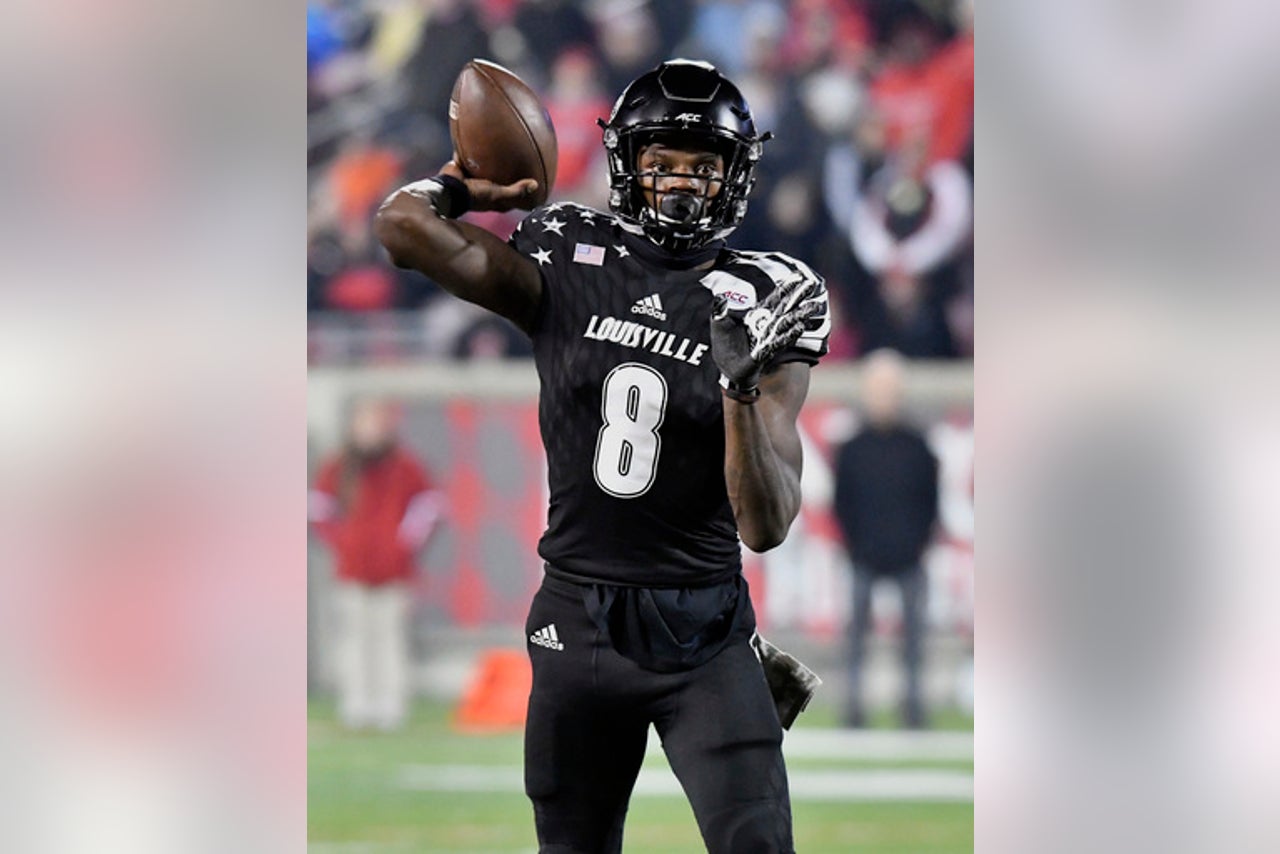 LOUISVILLE, Ky. (AP) Down 12-0 and reeling from a turnover-prone first half, No. 5 Louisville recovered to reap major rewards from holding onto the ball.

Just ask Brandon Radcliff, whose comeback from a giveaway ignited another Cardinals rout.

Radcliff rushed for three touchdowns in Louisville's 41-point second half, and the Cardinals roared past Wake Forest 44-12 on Saturday night despite a relatively quiet night for Heisman Trophy front-runner Lamar Jackson.

Louisville (9-1, 7-1 Atlantic Coast Conference, No. 6 CFP) trailed behind three lost first-half fumbles converted into field goals before shutting down the Demon Deacons (6-4, 3-3), holding them to just 37 yards after halftime. That opened the door for Radcliff to run 11 times for 141 yards and TDs of 55, 7 and 19 yards.

''You're going to have some ups and some downs,'' Radcliff said. ''I just had to get back on that wave and just keep going, never get discouraged.''

Jackson appeared headed for his first scoreless game since Nov. 14 against Virginia before completing a 2-yard pass to Cole Hikutini with 4:05 left for one of Louisville's five touchdowns in the fourth quarter. Ronald Walker also had a 31-yard interception return for a TD in the final period, and Malik Williams added a 2-yard run with 50 seconds left.

Jackson rushed for a game-high 153 yards on 22 carries but was held to 145 yards passing. It just didn't matter with Radcliff sparking Louisville to another blowout after one of its worst starts this season.

''Today it took the second half to win the game,'' Petrino said. ''We turned the ball over in the first half and we weren't happy with that, but I thought the defense held in there and forced them to kick field goals. But when we came in the second half, I thought we dominated the game. A lot of sacks, and offensively we cranked it up, too.''

Wake Forest: The Demon Deacons had it going in the first half, sacking Jackson four times and getting the takeaways they needed to build a lead. But Wake Forest never reached the end zone and couldn't stop Louisville in the second half. ''We played great defense for three quarters,'' coach Dave Clawson said. ''We didn't finish. It's incredibly frustrating, incredibly disappointing. The kids played well for three quarters.''

Louisville: The Cardinals seemed inclined to continue their recent pattern of following dominance with a dud before regrouping to record five of their seven sacks after halftime. They outgained the Demon Deacons 491-214, including 363-37 in the second half. ''We just knew we couldn't let them get touchdowns,'' defensive tackle DeAngelo Brown said. ''We wanted to hold them to field goals and let our offense have the ball and score points.''

Pitt's win at No. 3 Clemson and USC's upset at No. 4 Washington should shake up the poll and playoff rankings, especially after Louisville regrouped to pour it on in the second half.

Louisville fumbled on three of its first five first-half possessions - including twice in Wake Forest territory - before finally getting on the scoreboard with Blanton Creque's 28-yard field goal just before halftime. That little contribution ended up providing the breakthrough the Cardinals needed.

Wake Forest: Hosts No. 3 Clemson with a chance of spoiling the Tigers' bid to repeat as Atlantic Division champions. A Demon Deacons win could open the door for Louisville, though the Cardinals would lose the head-to-head division tiebreaker with Clemson.

Louisville: Faces a short week before visiting Houston on Thursday in what figures to be another major challenge. The Cardinals lost at home to the Cougars last season during their 0-3 start before recovering to win eight of their final 10 games and earn a bowl bid.