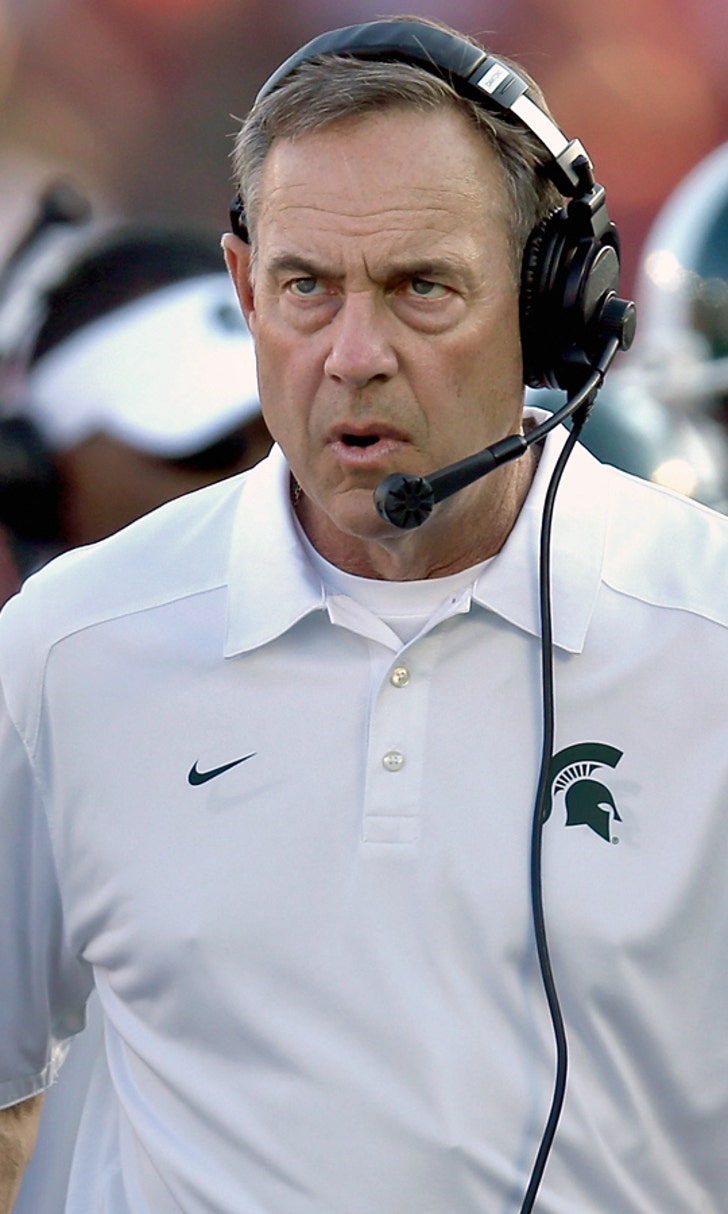 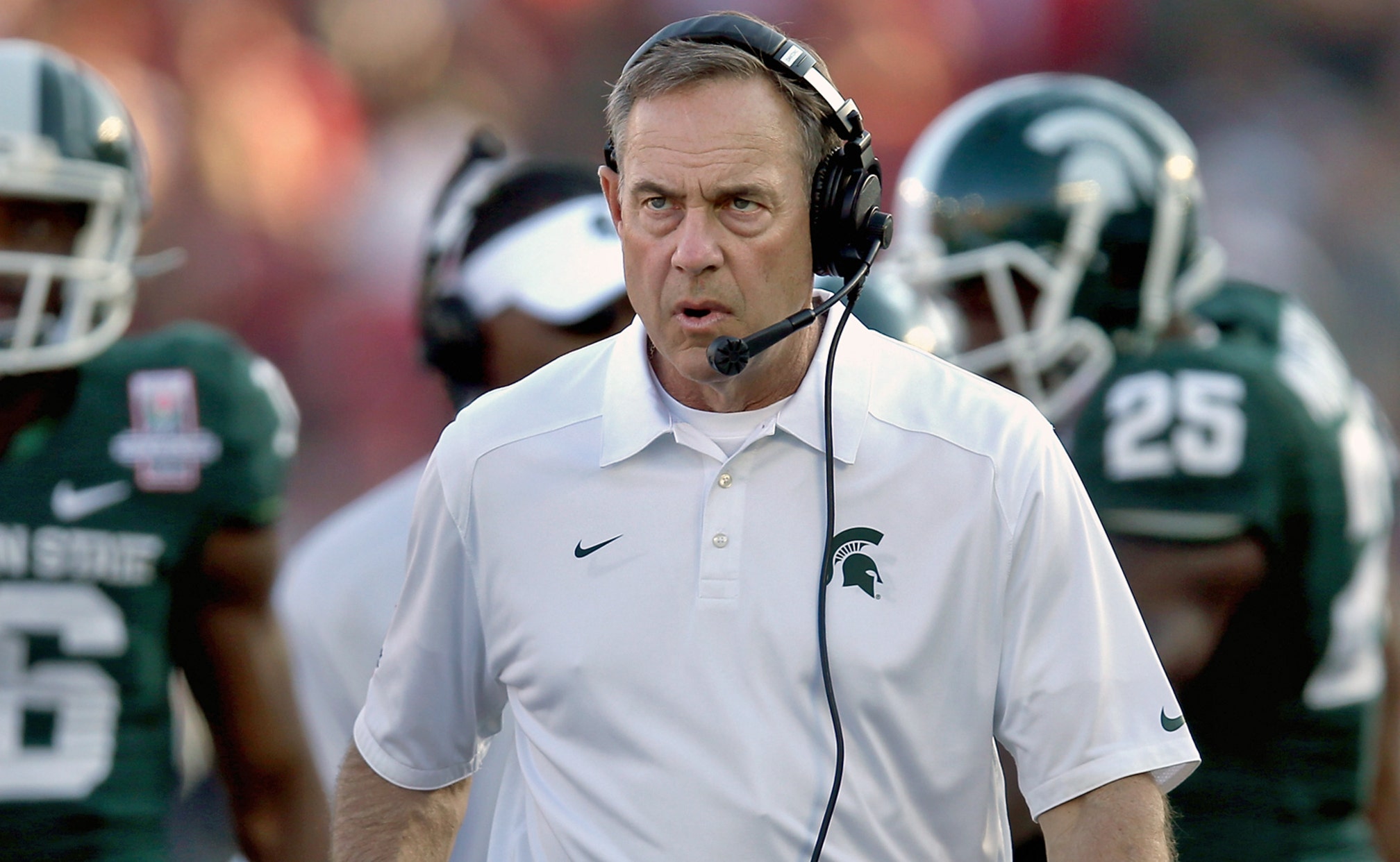 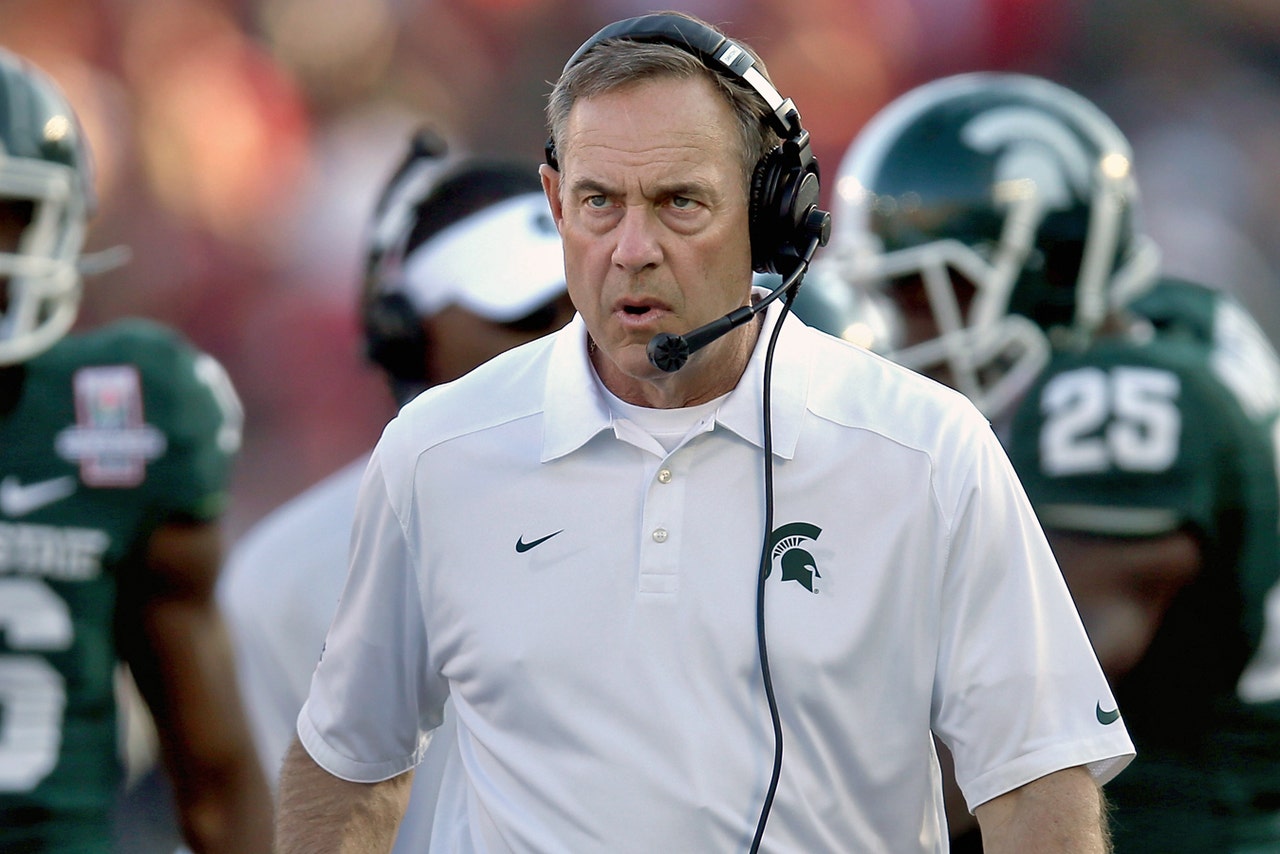 As he has done since the beginning of spring football, Michigan State coach Mark Dantonio expressed satisfaction with the promotion of secondary coach Harlon Barnett and Mike Tressel to co-defensive coordinator.

The duo replaces Pat Narduzzi, who left to become head coach at Pittsburgh one year after being named the top assistant coach in college football. Dantonio also brought in Mark Snyder to coach linebackers but otherwise kept his staff intact.

"They're all doing a tremendous job and based on how we scrimmage last Saturday I don't see a drop off," Dantonio said Thursday during a Big Ten spring football coaches teleconference. "We'll miss Pat obviously but coaching is about day to day things, about relationships, and our position coaches have kept those relationships extremely strong.

"There's lot of confidence on that side of the ball and we're going to continue to play well."

Among the top tasks for Dantonio and his defensive staff this spring is rebuilding a secondary that took some lumps last season and lost All-Big Ten performers Trae Waynes and Kurtis Drummond.

He named Demetrious Cox, Arjen Colquhoun, Jermaine Edmondson and Vayante Copeland as the standouts at corner so far.

"I think Demetrious is a guy who has to be on the field for us, but those other guys are having great springs."

Other highlights from the teleconference:

-- Redshirt freshman David Beedle has moved from defensive tackle to offensive line this spring because of injuries on the offense. "He's done a nice job on defense, is a force on defense, but felt like need to take a chance to look at what he can do for the future," Dantonio said.

-- Also making a move this spring is Gerald Owens, a redshirt freshman listed at 260 in the MSU spring prospectus who is getting a look at defensive tackle and end. Calling him "an explosive guy," Dantonio said Owens is tipping the scales at around 270 right now but trying to keep his weight down. Owens and Beedle are both expected to play on both sides of the ball in the spring game next weekend, and Dantonio seemed to indicate neither move is necessarily permanent.

-- All-Big Ten defensive end Shilique Calhoun, who decided not to skip his senior season to enter the NFL draft, confirmed the defense has not changed with the transition from Narduzzi to the co-coordinators. It remains focused on aggressive and relentless play. "That's something we pride ourselves on, something that fits our scheme and our recruiting," Calhoun said. "We've got guys who want to come in and be devastating players on our defense."