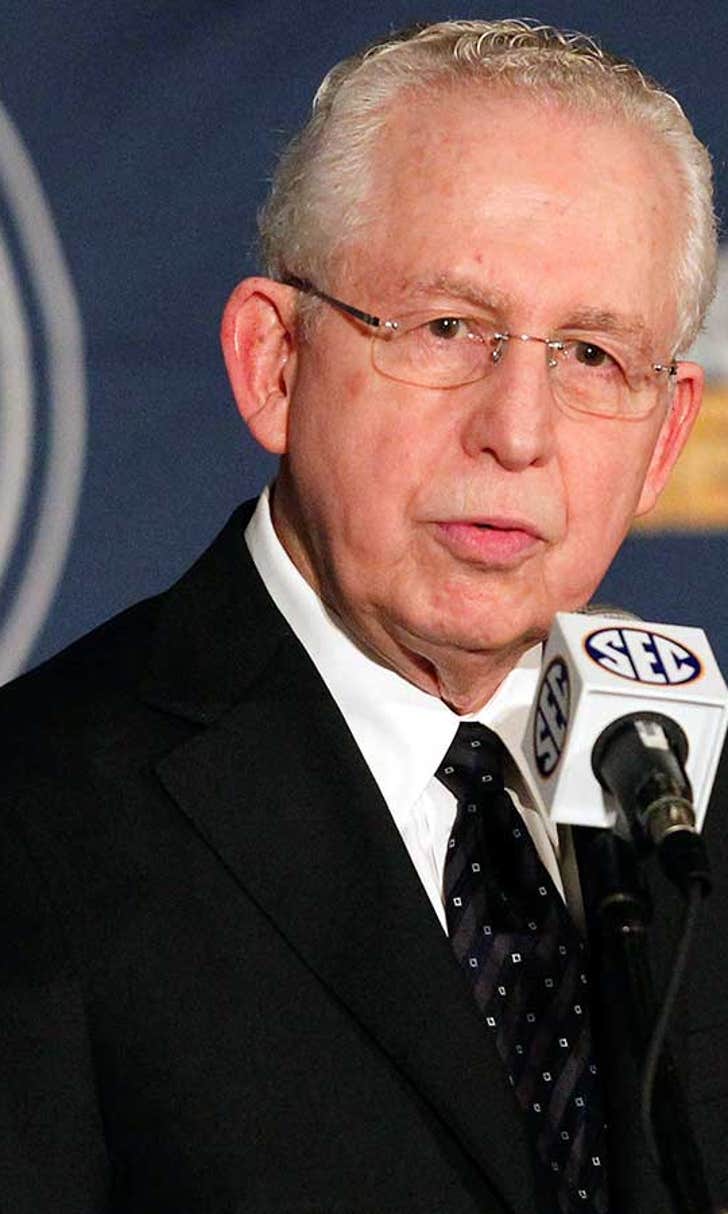 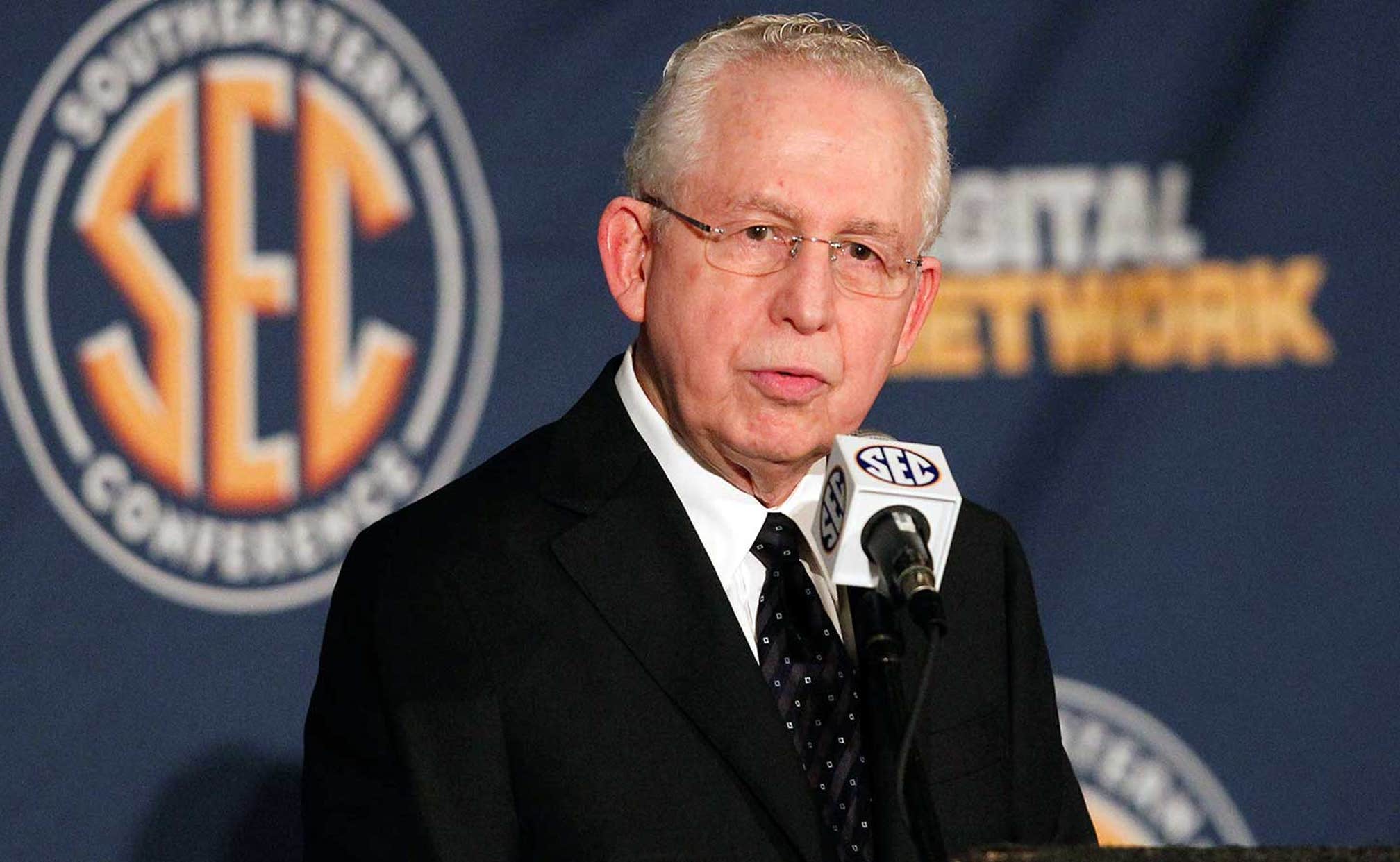 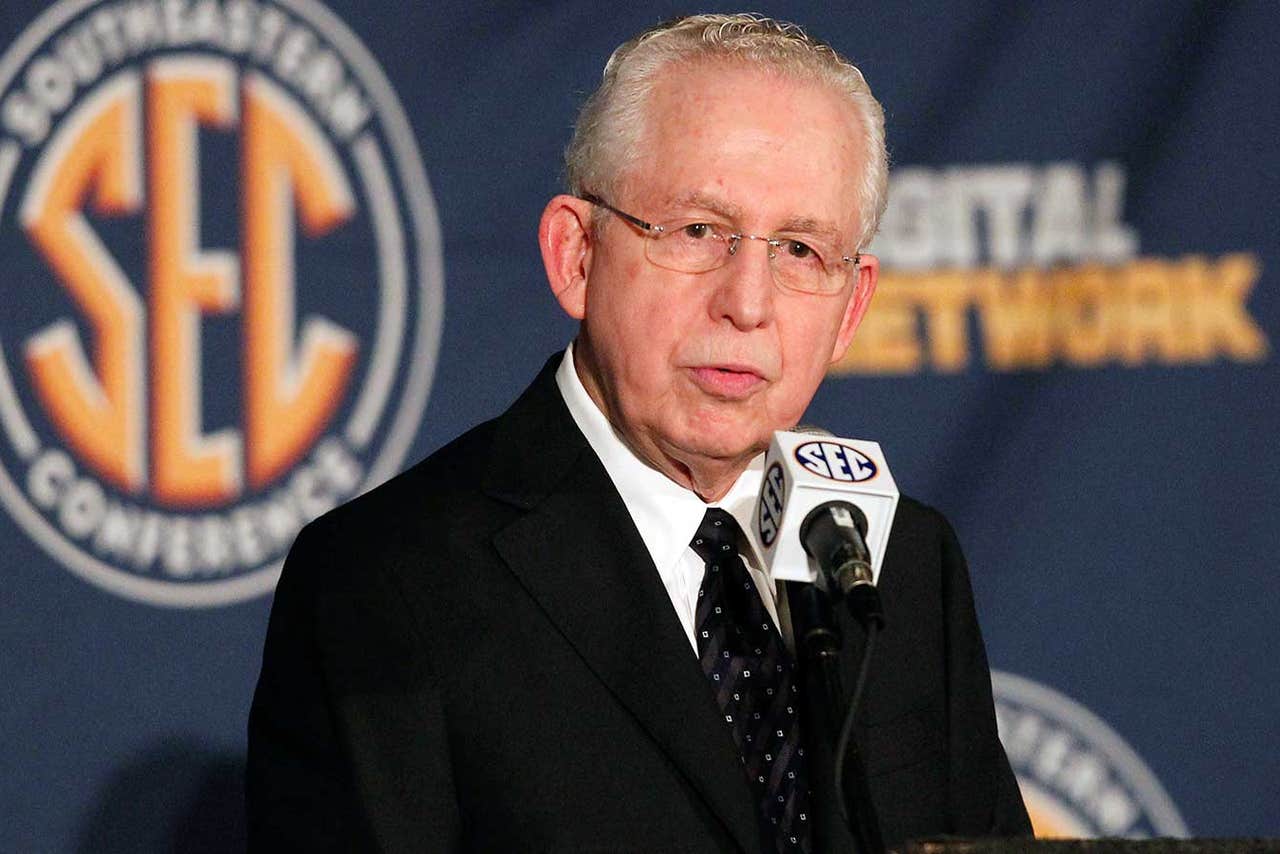 On Thursday, the NCAA Division I Board of Directors is expected to pass a much-discussed proposal that would overhaul the organization’s governance structure.

Most notably, it will grant the Power 5 conferences – the ACC, Big Ten, Big 12, Pac-12 and SEC – autonomy to pass certain legislation on their own, a move those leagues’ commissioners have been pushing for the past two years.

To better understand the details and ramifications of Thursday’s vote, you can peruse this official 45-page report … or you can use this FAQ as a cheat sheet.

Q: I’m a college football fan and I keep hearing the word “autonomy.” What’s this about?

Frustrated by their inability to pass certain measures that they can easily afford, like increasing the value of athletes’ scholarships, the so-called “higher-resource conferences” -- a.k.a., the ones with really big TV contracts -- are seeking their own legislative process that does not involve the other 27 Division I conferences.

Q: So are the power conferences breaking away from the NCAA?

No, they are not. While commissioners like the SEC’s Mike Slive have made veiled threats along those lines, their more modest goal all along was greater flexibility within the current structure. This proposal would grant that.

Q: Will the power conferences be considered a division unto themselves?

No. You may hear informal references to “Division IV” or something similar, but Alabama and Texas will still be Division I members, same as Alcorn State and Tennessee Tech. They’ll just have certain voting privileges.

Q: So what exactly will the Power 5 be able to vote on for themselves?

The NCAA’s proposal outlines 10 areas in which the Power 5 can use their resources to “enhance the well-being of student-athletes.” They are: financial aid, health and wellness, meals and nutrition, expenses and benefits, career pursuits, insurance and career transitions, time demands, academic support, recruiting and personnel.

Q: Can you give some examples?

The most obvious is the notion of cost of attendance (financial aid). Three years ago, NCAA president Mark Emmert pushed through legislation that allowed schools to give a $2,000 stipend on top of an athlete’s scholarship to cover expenses beyond tuition, room, board and books. It was subsequently suspended after nearly half of the 355 Division I members voted to override it, primarily because most smaller schools couldn’t afford it. As soon as allowed, the Power 5 schools will likely introduce a new such proposal allowing schools to provide the full cost of attendance (an additional $2,000 to $5,000 per year, depending on the school), and this time no one can stop them.

Q: What if a conference outside the Power 5 wants to implement the same rules?

Any Division I conference is free to enact any changes that get approved via autonomous legislation. “We actually align really well [with the Power 5] and would probably vote very similar to them on a lot of these initiatives,” said Atlantic 10 commissioner Bernadette McGlade. It will be up to each league to decide whether to implement one of the Power 5’s measures across the board or leave it up to individual schools.

Q: What kinds of things do not fall under autonomy?

The Power 5 had sought but were denied the ability to institute more flexible policies regarding transfer eligibility. There was concern that the smaller leagues might become like a farm system for athletes to move up to the bigger ones. Nor will the Power 5 be able to enact their own scholarship limits (i.e., going from 85 to 95 in football). Furthermore, autonomy will not encompass “bigger-picture” issues like academic standards, enforcement and D-1 membership requirements. And the group will not address on-field playing rules.

Q: Won’t this cause an even bigger gap between the ‘haves’ and ‘have-nots’?

That depends on whom you ask. On the one hand, it seems a no-brainer that if the big boys are able to offer recruits extra scholarship money and other perks it will be prohibitively more difficult for the rest of FBS to compete. On the other hand, the entire autonomy movement is based on the premise that the playing field is already uneven.

“There’s already a line in terms of economics on the football side,” said Sun Belt commissioner Karl Benson. “The University of Louisiana-Lafayette is more than likely not going to out-recruit LSU for a player, so as long as LSU isn’t going to go from 85 to 95 scholarships, I don’t think the recruiting landscape is necessarily going to change whether or not Louisiana-Lafayette adopts the same level of additional student benefits as LSU does.”

However, the NCAA will now be formalizing a stigma that coaches in the Sun Belt or MAC already struggle to overcome. If choosing between playing right away at a Mountain West school that does not provide cost of attendance or riding the bench for three years at a Pac-12 school that does, “What choice do you have?” Hawaii coach Norm Chow said to SI.com. FCS schools, for one, are hoping to take advantage of lower-level FBS conferences’ diminished status. “We think we’ll have a chance to put our teams alongside theirs,” said Big Sky commissioner Doug Fullerton.

Q: What about non-revenue sports?

They could be affected. In their quest to keep up with the big boys, will schools from other conferences feel pressured to spend money they don’t currently have and thus cut lower-profile teams that often operate at a loss? Some doomsayers believe so. Others think they’ll just need to manage their budgets more judiciously. Title IX considerations also come into play if schools start slashing teams.

Q: What else is the NCAA overhauling?

Pretty much everything about its governance structure. The Board of Directors, a group of presidents that oversees Division I, is being expanded to include other parties, including, for the first time, a student-athlete with voting privileges. A new body, the Council, which will serve as the primary legislative arm, is meant to empower previously disenfranchised athletic directors. It will also include voting athletes.

And the Power 5 aren’t just benefitting from autonomy. In the NCAA’s new voting structure, those conferences will get twice the votes as the other five and will collectively carry the same weight (37.5 percent) as the 22 FCS or non-football conferences in more general matters.

Q: When will this all take effect?

At the NCAA convention in January 2015. The Power 5 must submit autonomous legislation for consideration by October 1 to be adopted at the convention. The new Board of Directors will be appointed then as well.

Q: So what exactly does all this mean for me, the fan?

Well … not much really. You should notice no discernible difference in major college football or the NCAA basketball tournament. The main beneficiaries in all this change will theoretically be the athletes. Nearly all the areas the Power 5 are addressing in autonomy are geared toward providing them more benefits without overhauling the entire amateurism model. Also, athletes will for the first time have a voice, albeit a small one, in enacting NCAA legislation. They will even account for 18.8 percent of the votes on all autonomy issues.

It’s not unrealistic to think that five months from now the Power 5 will have pushed through cost of attendance scholarships, increased medical and insurance benefits and more. The question is whether that’s enough to appease the critics that spearheaded Northwestern’s recent unionization movement and several ongoing lawsuits related to athlete compensation.

“The focus has been on enhancing the support for student-athletes,” said SEC Executive Associate Commissioner Greg Sankey. “My hope would be it changes the discourse about college athletics because we were successful in enhancing that support.”

Of course it will. Because if not, the Power 5 will really go autonomous, and as much as the other 27 might begrudge them this arrangement, they can’t afford to lose them altogether.

Stewart Mandel is a senior college sports columnist for FOXSports.com. Before joining FOX Sports, he covered college football and basketball for 15 years at Sports Illustrated. His new book, “The Thinking Fan’s Guide to the College Football Playoff,” will be released in August. You can follow him on Twitter @slmandel. Send emails and Mailbag questions to Stewart.Mandel@fox.com.