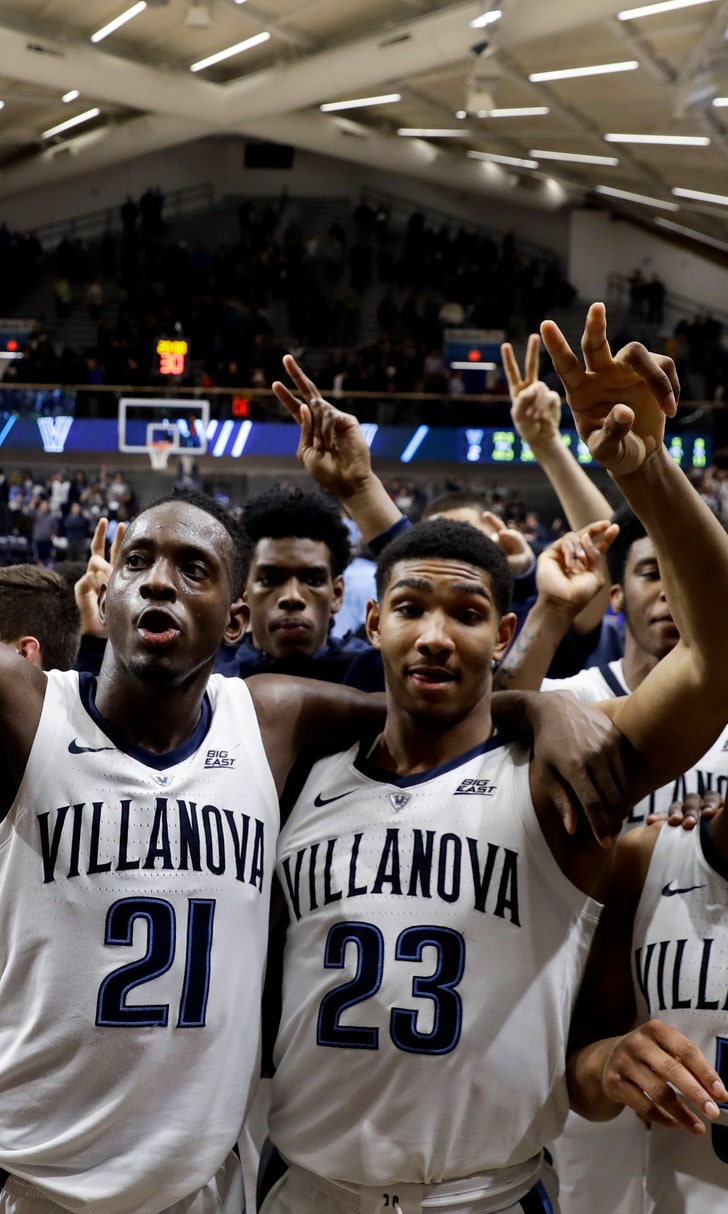 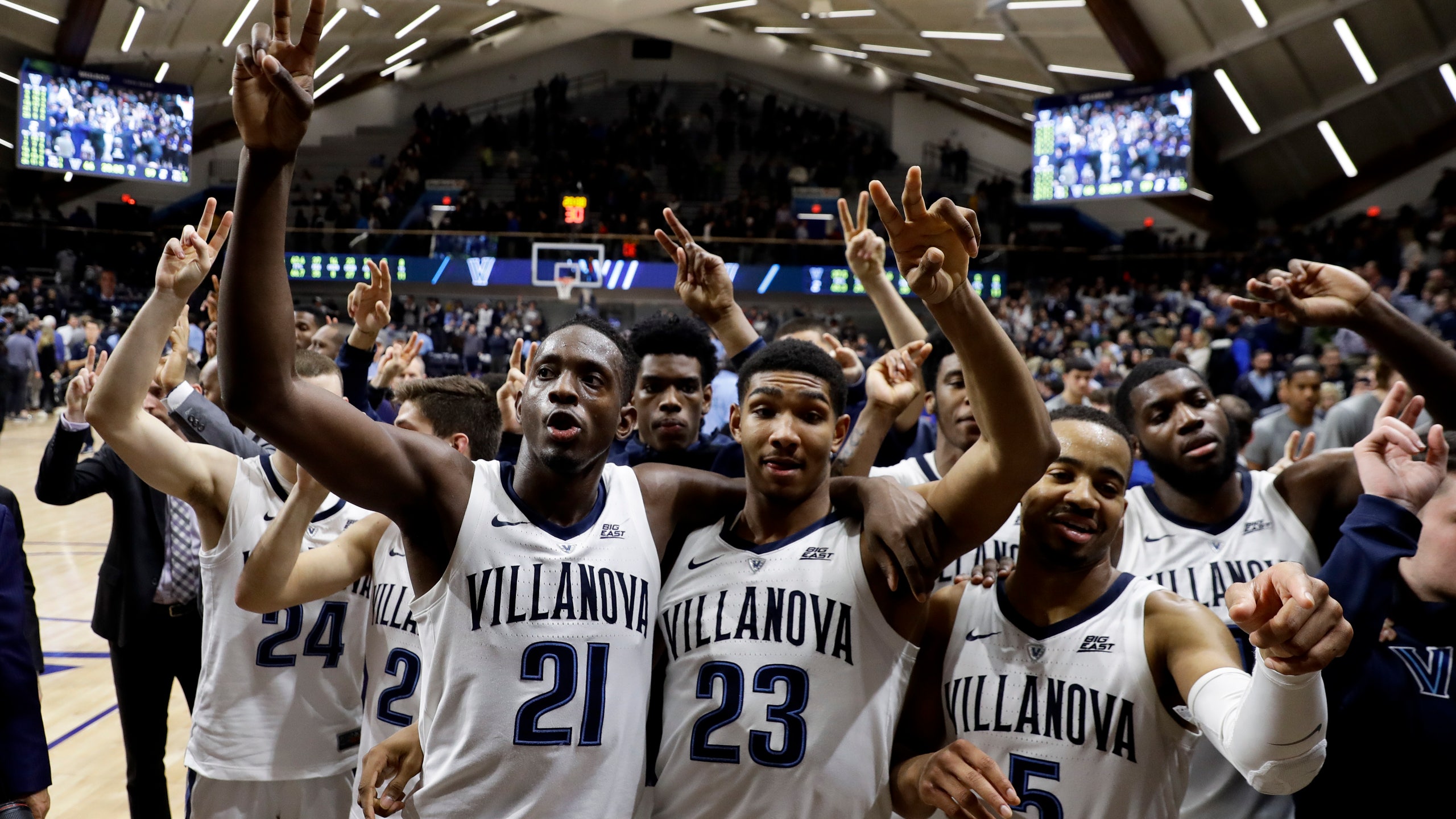 No. 14 Villanova tops Creighton in OT for 10-0 Big East mark

Booth finished with 14 points and eight rebounds while Eric Paschall scored 15 and Collin Gillespie had 13 for the Wildcats (19-4, 10-0), who have won their first 10 Big East games for the first time in program history. Their previous best start in league play came in 2009-10 when they opened 9-0.

The defending national champions also became the first Big East team to start 10-0 in conference games since UConn won its first 11 in 1998-99.

Davion Mintz led Creighton (13-10, 4-6) with 19 points and Martin Krampelj had 13 points and 10 rebounds. The Bluejays were missing two starters after top scorer Ty-Shon Alexander was injured in practice Tuesday. He joined Marcus Zegarowski (broken hand) in street clothes on the bench.

FORT COLLINS, Colo. (AP) — Jordan Caroline scored 30 of his season-high 40 points in the first half and Nevada beat Colorado State for its eighth straight win.

Caroline finished five points shy of his career best set Jan. 7, 2017, at New Mexico. He added 12 rebounds for his 14th double-double of the season, and his 41 career double-doubles are the most in Mountain West Conference history, breaking a tie with Kawhi Leonard and Andrew Bogut.

MINNEAPOLIS (AP) — Ethan Happ had 15 points and 13 rebounds to help Wisconsin avenge a loss to Minnesota with its sixth straight win overall.

D'Mitrik Trice hit a 3-pointer with 1:44 remaining and 3 seconds left on the shot clock to give Wisconsin (17-6, 9-3 Big Ten) a 52-46 lead and seal a fourth consecutive victory at rival Minnesota. Gophers coach Richard Pitino fell to 2-9 in his career against the Badgers, held to a season-low 34.5 field goal percentage (19 for 55).

The Tigers pulled ahead for good in overtime when Reid made a layup while being fouled. He added the free throw to give LSU an 89-87 lead with 59.5 seconds left. Reid's biggest bucket came a little later when his 3 bounced high off the rim and straight through the net.

LSU (18-4, 8-1 Southeastern Conference) trailed the entire second half until Tremont Waters made a high-arching layup with less than three minutes left for an 80-78 advantage. The Tigers and Bulldogs both missed shots during the final seconds of regulation, forcing overtime.

Bruno Fernando had his sixth consecutive double-double, and 15th of the season, with 13 points and a career-high 19 rebounds for the Terrapins (18-6, 9-4 Big Ten).

Nebraska (13-10, 3-9) set season lows for points and field goal percentage (21 percent) while losing its sixth straight and dropping to 13th place in the conference.

Isaiah Roby led the Cornhuskers with 20 points and 14 rebounds.