HOUSTON — The greatest quarterback to ever play the game performed his greatest feat in Super Bowl LI.

Tom Brady led the New England Patriots back from a Super Bowl-record 25-point deficit (the previous record was 10 points) in the final 18 minutes of regulation and then won his record fifth Super Bowl with a near-impeccable game-winning touchdown drive in overtime.

It was awe inspiring and jaw-dropping. It was a moment that transcended the most glamorized and watched sporting event in American sports, and it deserves to be discussed in reverent tones for decades to come.

But for every winner, there must be a loser.

And in Super Bowl LI, that losing effort was just as incredible as the winning one. 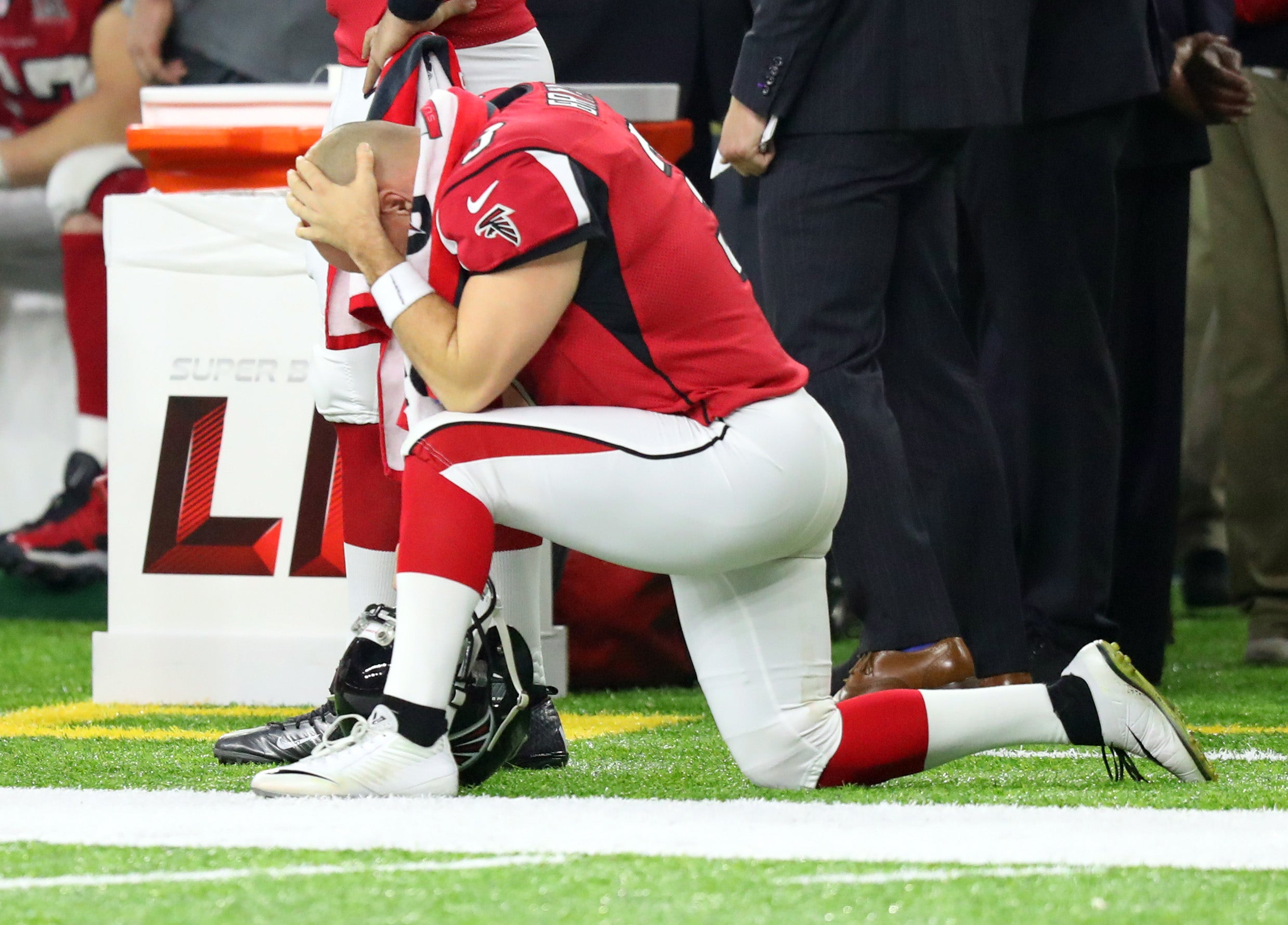 Brady might have led what might be the greatest comeback in NFL history, but the Atlanta Falcons, the losers of Super Bowl LI, don’t need the caveat — that was the worst collapse in NFL history.

While fans in the city Sunday’s game took place might disagree, the Houston Oilers’ 32-point collapse in the 1992 AFC playoffs had nothing on the Falcons’ implosion.

The Falcons had their first Super Bowl win within their grasp — every finger but the pinkie was on the Lombardi Trophy — and they were dominating New England. It wasn’t like the first three quarters of Sunday’s contest was a back-and-forth shootout where anything could happen — Atlanta was winning comprehensively. The Falcons were sending us into a world where the main topic of conversation was whether Bill Belichick and Tom Brady were “done.”

Atlanta took a 28-3 lead with 8:31 remaining in the third quarter. Matt Ryan had impressively led the Falcons down the field on an eight-play, 85-yard touchdown drive, and the game was all but in the bag — NumberFire had the Falcons’ winning probably at 98.7 percent.

The prevailing narrative of Super Bowl LI will be that Brady found that 1.3 percent, but make no mistake, he received plenty of help from the Falcons. 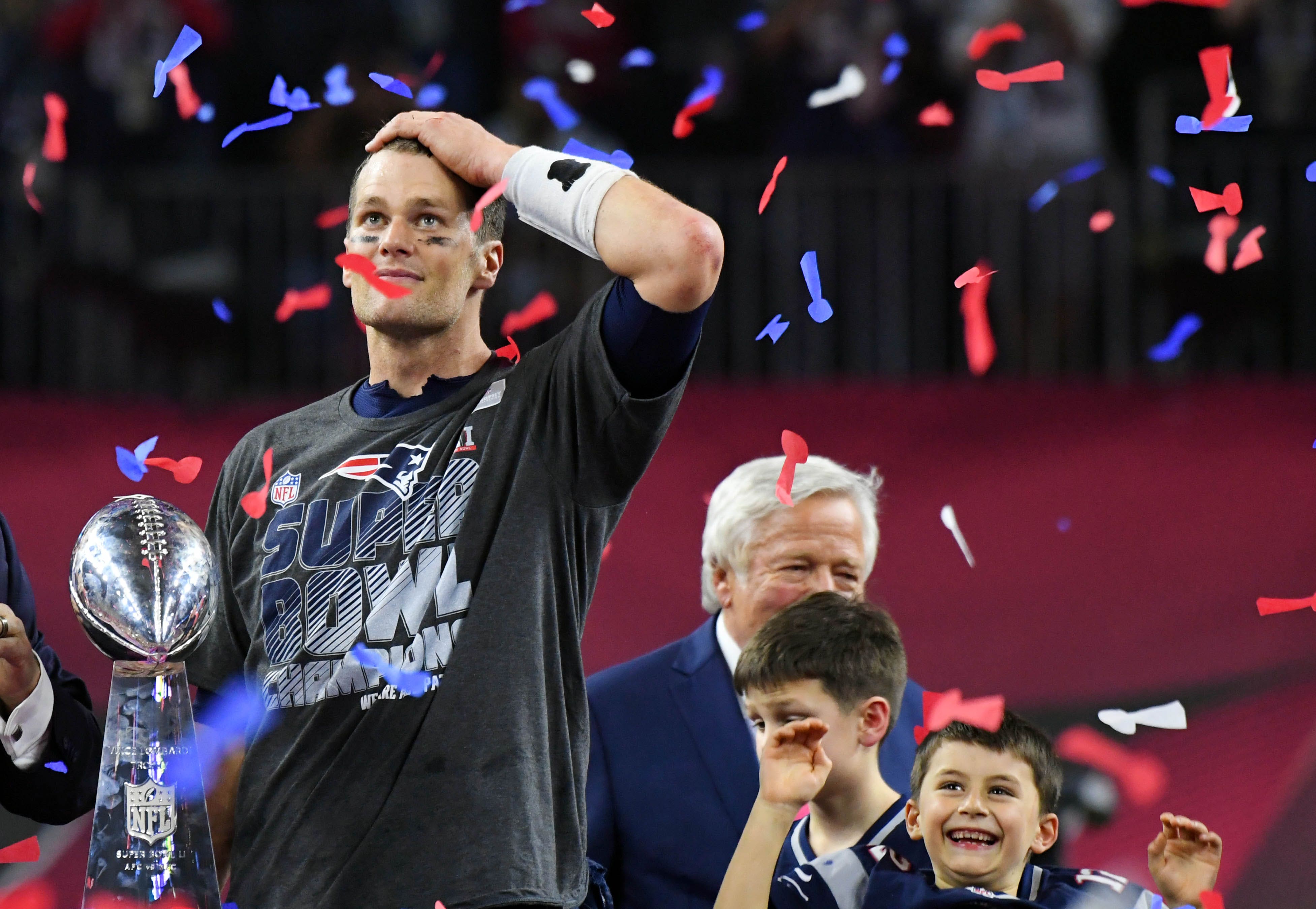 There were three moments that played a huge role in the Falcons’ failure, but even those three worst-case-scenario plays couldn’t fully turn the tide against Atlanta.

The first was Ryan’s sack and fumble on third-and-1 with 8:31 remaining in the fourth quarter. New England recovered that loose ball, and it set up a 25-yard touchdown drive for the Patriots. Suddenly a game that less than four minutes before was 28-9 was a one-score contest.

But the game was still in Ryan’s hands when Atlanta took the ball up 28-20 with 5:56 remaining — that was the moment that the NFL’s MVP could prove, without question, that he was the best player in the league. 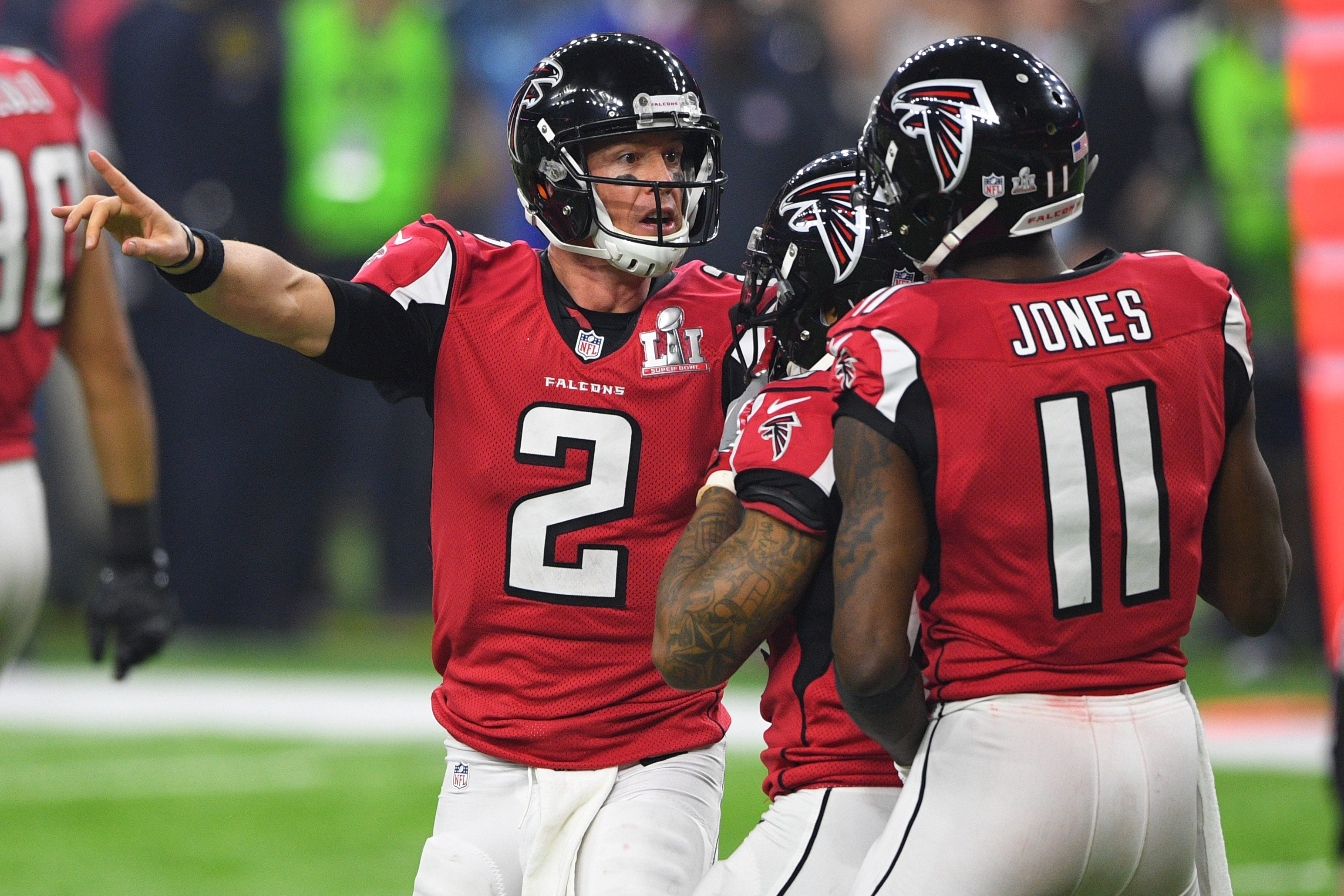 Devonta Freeman’s 39-yard catch and run and Julio Jones’ incredible catch did their part to help the cause, but two plays later, Ryan took a terrible sack, losing 12 yards and knocking the Falcons out of realistic field-goal range before a third-and-23 that became a third-and-33 after penalty. The Falcons eventually punted, and Brady did what Ryan couldn’t — he got the job done with the game on the line.

But he might have been too good — Atlanta had 52 seconds remaining on the clock after New England tied the contest at 28-28. Eric Weems’ 11-yard return to the 11-yard line was bad, but the Falcons’ play calling and specifically their decision to spike the ball on second down with 19 seconds remaining in the game was the bigger blunder. The Falcons wasted far too much time after two short pass completions to start the drive, but conceding second down made it so that the Patriots had a chance to win the game in the final seconds. 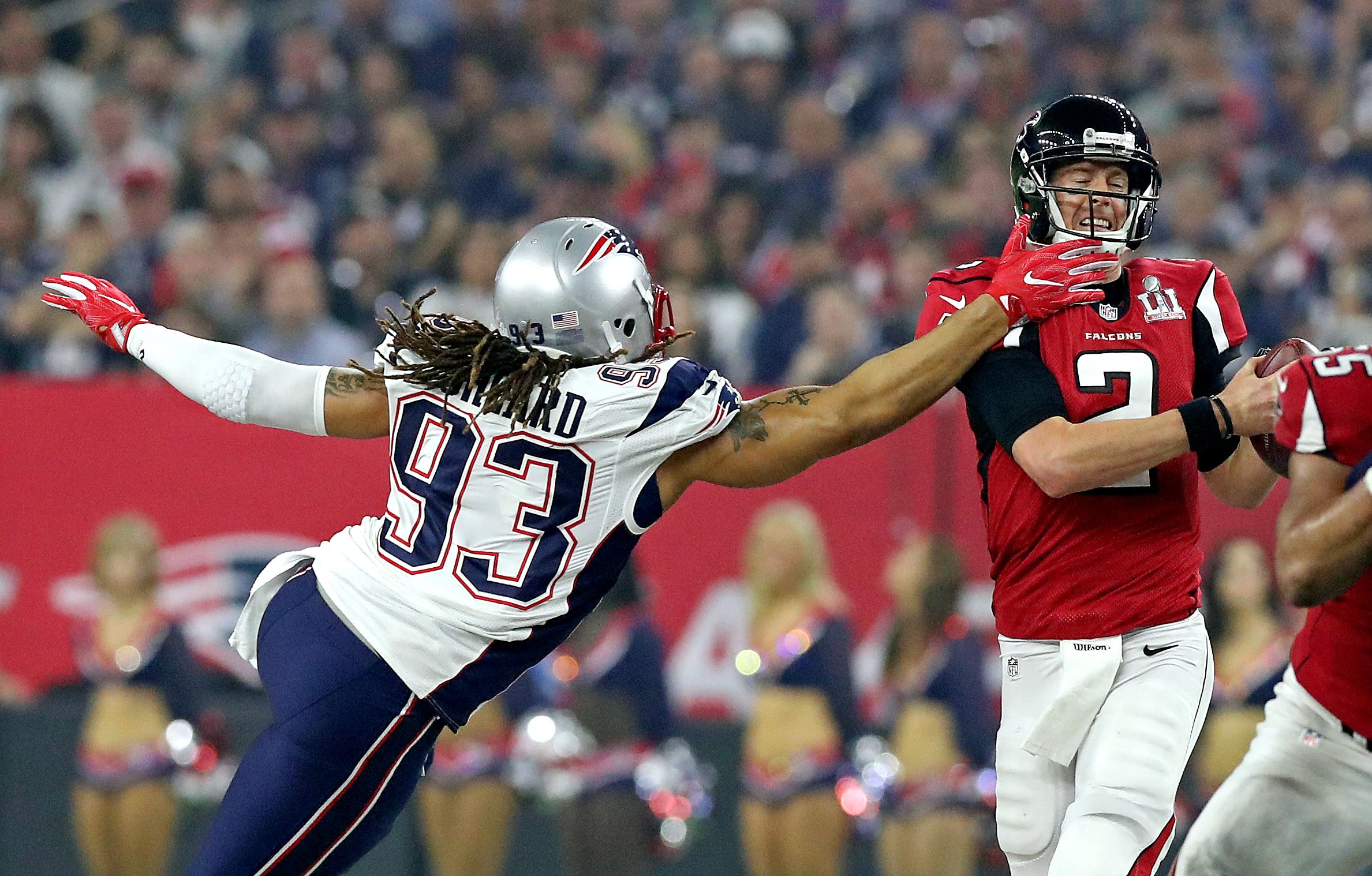 And when overtime started, did anyone think that the Patriots weren’t going to find a way to win the game? They had Brady, a defense playing with confidence, and they were facing an opponent that spent the final quarter of the game inventing ways to lose.

There are practical reasons for the Falcons’ loss (aside from brainfarts and poor decisions), of course. The biggest: The Patriots ran an NFL playoff-record 47 more plays than the Falcons and the Atlanta pass rush, which had been a revelation and the biggest reason behind the Falcons’ big lead, wilted down the stretch.

It should come as no surprise that Brady’s effectiveness increased as the defensive line’s pressure decreased.

But at the same time, all the Falcons had to do on their final four drives was score a point — a field goal would have sealed the game. One of the greatest offenses in the history of the NFL didn’t even attempt a field goal. 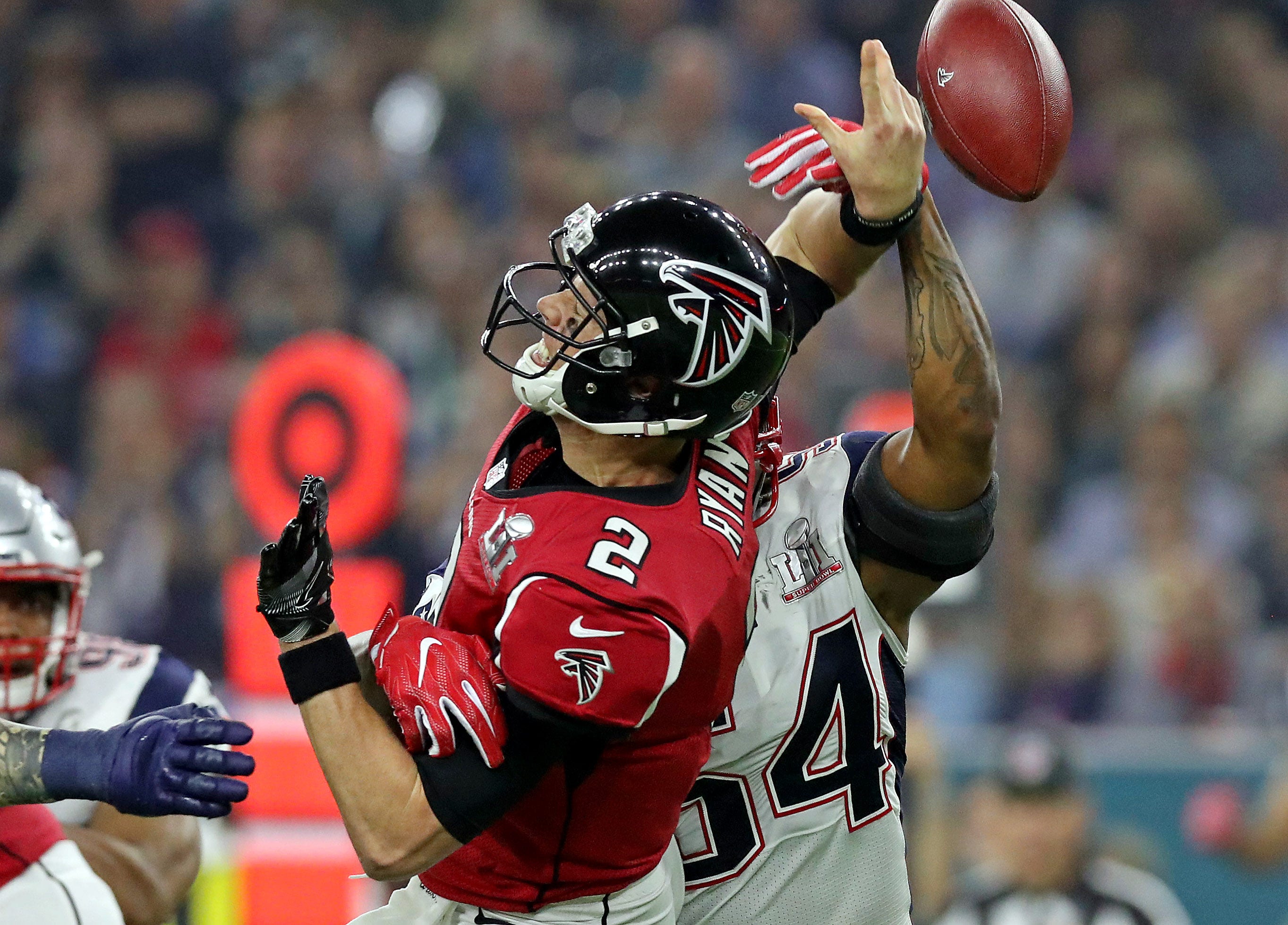 Ryan, who was a deserved MVP winner after a historic regular season, did not perform like an MVP in the most critical moments of the year.

Questionable play calling had something do to with it, just as poor offensive line play (partially brought on by injury) did, too, but the two sacks on the first and second drives of the fourth quarter rest firmly on Ryan’s shoulders. You can’t blame a dissolved run game for the ineffectiveness — New England committed more defenders to stop the run — there were opportunities for Ryan in that defensive setup.

The Falcons were nearly 99 percent likely to win the game for a reason, but everything they did to get to that point, they failed to do so after it, giving Brady more than his fair share of opportunities to win.

There can be no winner without a loser, but on Sunday we saw the best examples of both on the same field.

Hopefully, as time passes, both sides are represented in the story of one of the greatest Super Bowls ever played. 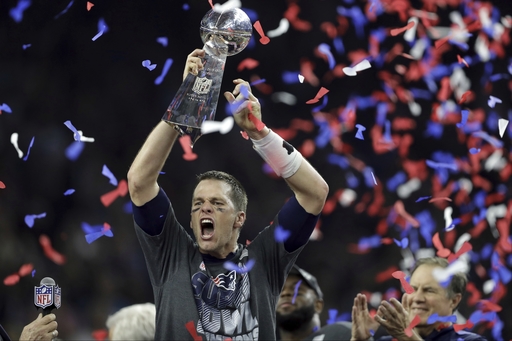