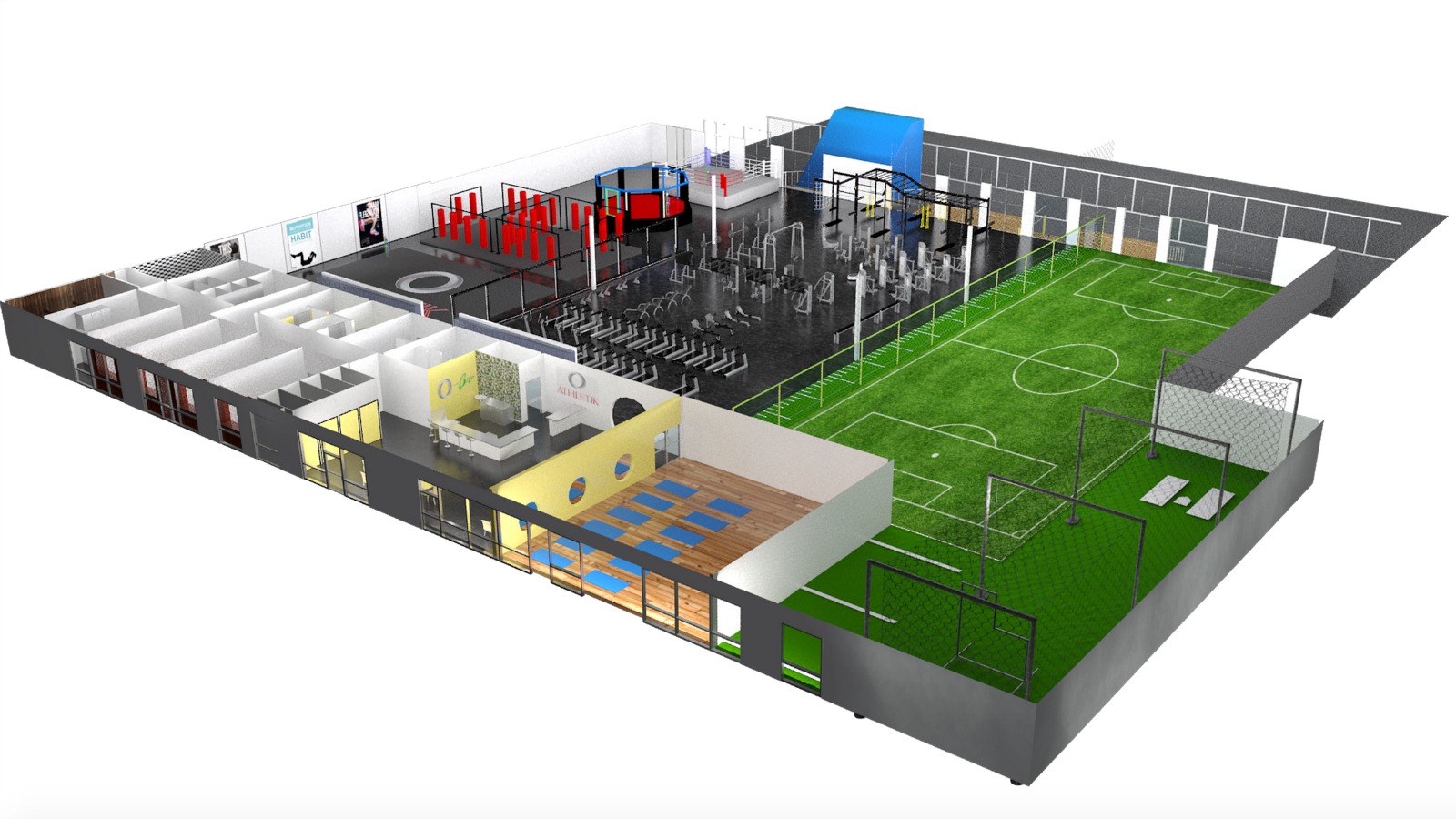 Texas native Adrian Peterson has been preparing for the upcoming NFL season at his own massive health club in Houston, which just opened in March. Peterson is the co-owner of O Athletik, a 35,000-square-foot gym that features an indoor soccer field and batting cages, an MMA training area, and a very intimidating inclined running hill.

Field down, hill, batting cage up, sand drops next week! Almost there! Retweet for chance to win 1 Yr Membership!!! pic.twitter.com/MEzOgjt0dc

Starting to look like a gym! Still more equipment on the way!! Here's a little taste. pic.twitter.com/1C9T4CXkml

Peterson gym already has more than 1,000 members, and he says he plans to keep training there personally during his offseasons.