Joe Burrow aims to be the next in line of small-handed, successful NFL QBs

After his hands were measured at nine inches at the NFL scouting combine, Joe Burrow took to social media to express his thoughts.

Hand criticism does seem a little absurd, but in the eyes of many, it matters.

"Joe Burrow is not a great prospect. He's a great story… It is remarkable to me when we dismiss stuff that matters. Arm, maturity, wonderlic, hand size. It all matters." — @ColinCowherd pic.twitter.com/FN3zcqiLi8

Actually, Burrow should look at the positives of having small quarterback hands. He is joining some elite small-handed company.

The hands of starting NFL quarterbacks Ryan Tannehill and Jared Goff were also measured at 9 inches before they were selected at or near the top of the draft.

The hands of Patrick Mahomes – the Kansas City Chiefs superstar quarterback and most recent Super Bowl MVP – were measured at 9 and 1/4 inches in 2017.

My small hands are doing alright so far….i believe in ya 😂😂😂 https://t.co/o0UUwkSeOq

San Francisco 49ers‘ quarterback Jimmy Garoppolo, who started across from Mahomes in Super Bowl LIV in February, also had 9 and 1/4 inch hands when measured.

We sure hope Burrow’s resume from his final season at LSU can make up for his hand size. 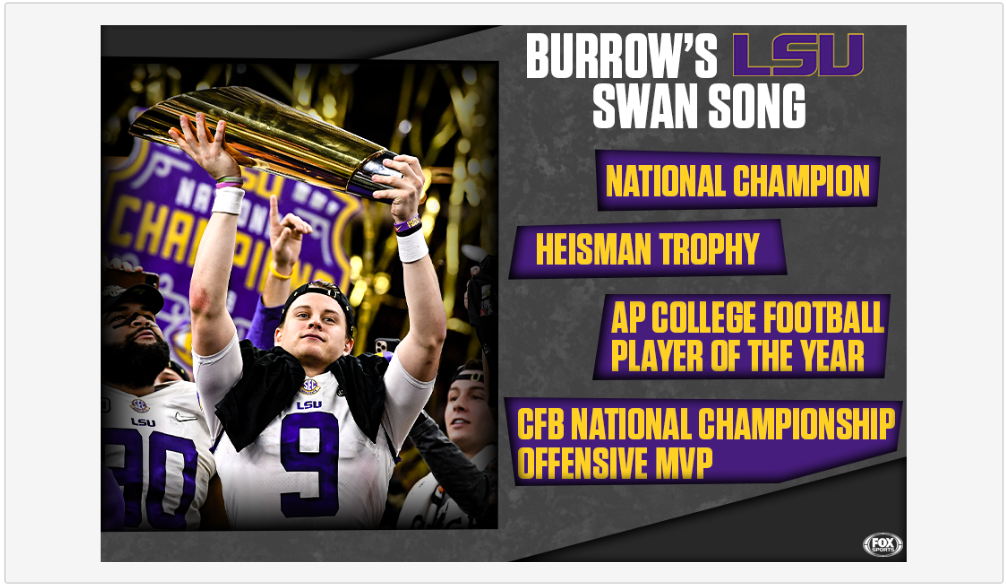 He’s coming off one of the best seasons ever for a college quarterback, going undefeated while passing for 5,671 yards and 60 touchdowns.

Former Bengal and now Rams QB coach Zac Robinson also had 9” hands. He told me that it particularly gave him trouble in high humidity. Burrow lit up defenses with no problem in a gd bayou I’m not too worried about him in Cincy

Of course, the internet had a laugh about it:

Just landed in Indy. It’s 12:45 a.m. and someone on the escalator is discussing Joe Burrow’s hands. 😂

Hey @Joe_Burrow10 I can’t wait to see how huge these championship rings looks on your small hands. #GeauxTigers

When Burrow found out scouts thought his hands were “small”, pic.twitter.com/TZ9xRd4xEM

Hopefully for Burrow, he can uphold the legacy of Mahomes and other tiny-handed men that came before him.