How the Houston Texans brilliantly escaped from their Brock Osweiler disaster

One year after making one of the biggest free-agent blunders this side of Redskins Park, the Houston Texans made one of the boldest gambits the NFL has ever seen, dumping their $72 million, six-foot-7 quarterbacking albatross to clear up cap space for a possible run at Texas’ favorite adopted son, Tony Romo. They were able to dump the salary and lower their number by shipping Osweiler and a second-round pick to Cleveland for basically nothing in return (the teams swapped late-round picks for appearances). The move was everything the original signing wasn’t: brilliant, out-of-the-box, forward-thinking and resulting in not having Brock Osweiler. Victories all around.

It’s a move unlike any the NFL has ever seen — a high-salary trade dump, similar to what NBA teams do to free up cap space by trading expiring contracts. Houston cleared $10 million by getting rid of Osweiler and only had to pay a second-round pick for the privilege. If that seems like a steep cost, it is: But getting out from under that contract, with the ability to get a win-now quarterback on a team that plays in a bad division (one so bad the Texans won it with Osweiler) and could easily turn into a Super Bowl contender is worth every penny.

Sure, mock Houston for the original Osweiler signing. It’s well deserved. The Texans gave $37 million guaranteed to a guy they never met based off seven mediocre starts on a team that had a defense so good it could have made the AFC championship game with Tim Tebow at QB. But what’s done is done. Rather than continuing to ride with Osweiler or making him the most expensive backup in the game, all the while turning every quarterbacking move into instant NFL drama, Houston cut its losses. The Texans turned one of the worst free-agent contracts in history to a one-year blip. The damage was minimized.

Cleveland comes off well, too. It’s a Moneyball move from their new, analytics-based front office. They took advantage of a market inefficiency. Yeah, the move seems like a no-brainer — they basically bought a second-round pick for $16 million with cap space that was in abundance. Reports say they’ll likely cut Osweiler, who will get his money, become a free agent and then be able to play on the cheap — most likely going from the most overpaid quarterback in the league to a fine value for whichever team gets him. (This assumes NFL rules allow this in spite of its “no cash for draft picks” rule.)

The Browns were certainly beneficiaries of reckless spending by Houston, a convenient trading partner that had equally high levels of cap room and desperation. But just because it seems like an easy call, no decision ever is: This took guts, ownership backing and foresight. Still, with increased league revenues in their coffers and a chunk of money that went unspent last year, it works. Regardless, this is not a new day for the Browns. Stockpiling picks, creating cap room and looking at the game differently are all great, but the NFL isn’t MLB. Coaching and talent win the day.

And that’s what’s so odd about the move. If $16 million means nothing to Cleveland, then why did the Browns let Terrelle Pryor, the breakout receiving star who repeatedly stated his desire to remain with the franchise, walk into unrestricted free agency? They could have given Pryor their 2017 franchise tag, a designation that will pay wideouts just over $15 million. So don’t think of this “trade” as $16 million for a second-round pick, think of it as Cleveland valuing a second-round pick more than they did a receiver poised to become one of the great players in the game. Browns are gonna Browns, y’all.

Houston isn’t out of the woods yet, either. Assuming this was the first move in a play for Romo, there’s still the little matter of Tony being on the Cowboys and there being another potential suitor in Denver. It could all still backfire. But, hey, those who risk nothing cannot win. And those who start Brock Osweiler can’t either. 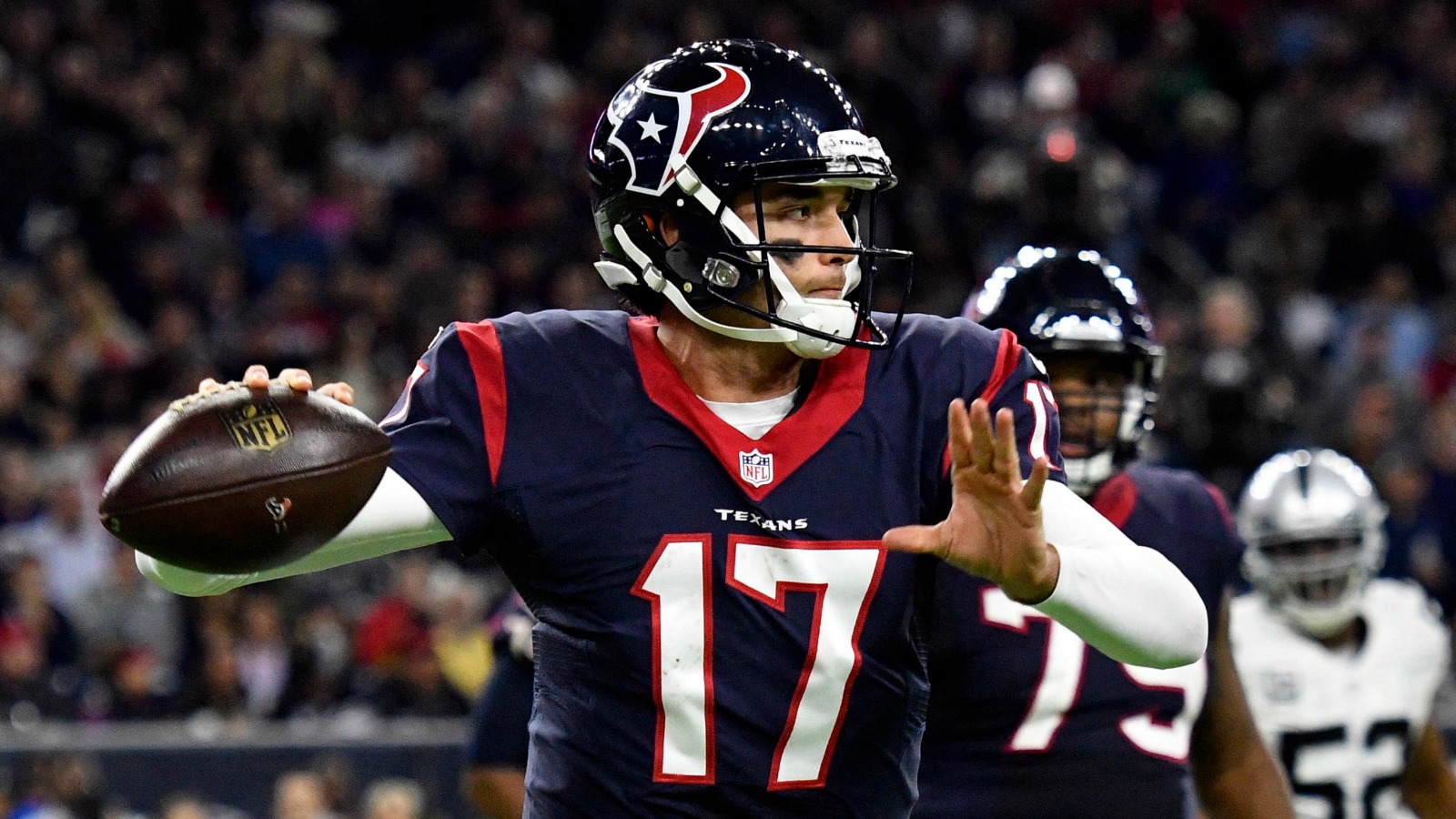